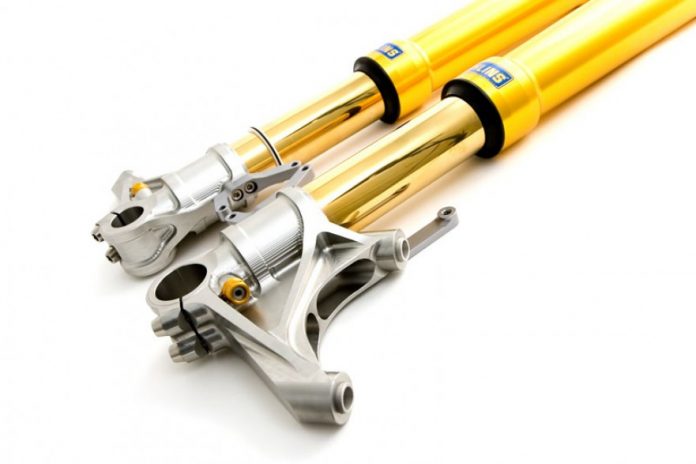 The hydraulic fork has been with us since the BMW R12 in 1935. Since then, forks have been revised to no end in the pursuit of excellence, giving rise to electronically controlled suspension.

But how do they really work? What goes on in there?

The most basic principle involves inserting a spring in each fork. For many years, the spring was the only component to play the role of preload (keeping the suspension from bottoming out) and damping (absorbing shocks).

The earliest form of damping came in more… springs. Yup, you’ve got one with larger diameter, surrounding another with a smaller diameter. The former is longer than the latter, so as the fork compresses more due to a larger bump or shock, the shorter, more tightly wound spring comes into play to put up more resistance. This provides a rising rate suspension, in effect. 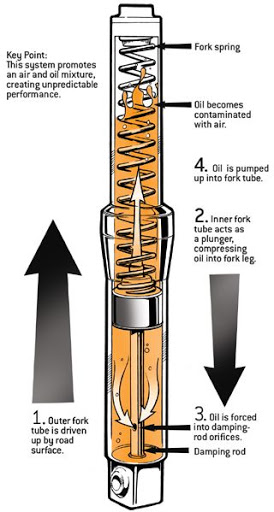 Next to arrive was the hydraulic fork.

When the hydraulic damper appeared, fluid is pushed through orifices on a damper rod to create damping. The rod is inserted into each fork leg, on top of the spring. The damping rate – how the quickly the suspension reacts – depends on the size or sizes of the orifice or orifices.

Instead of using damper with orifices, a cartridge consists of different sized shims. Oil is then forced through. A soft shock will bend the weakest shim to allow oil through. Harder shocks will bend more shims to allow the wheel to move up at a faster rate. This means damping is more precise. One of the biggest advantages of the cartridge fork is that you can replace certain shims for different damping characteristics. 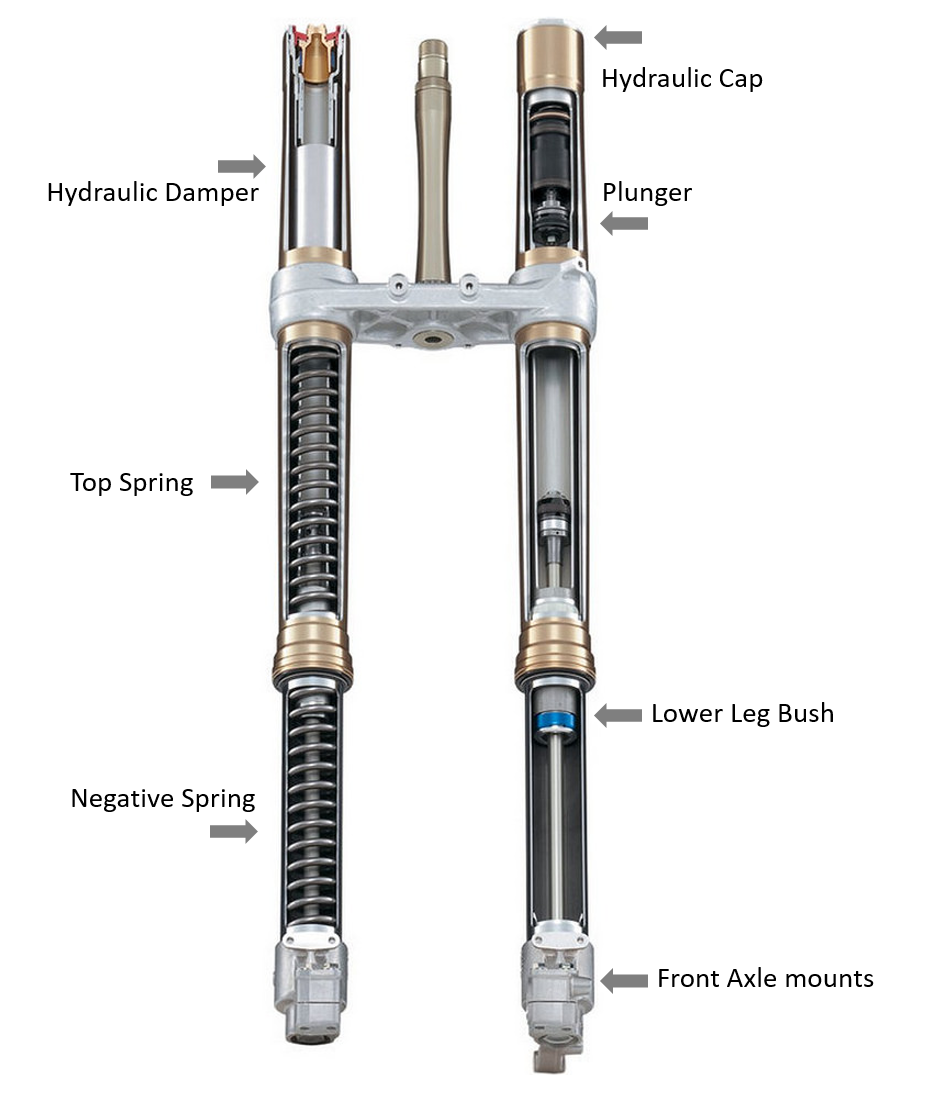 As the name suggests, one fork leg holds the spring or springs, while the other size holds the damper mechanisms. The one with the spring controls preload, while the other checks damping. This way, the forks could be made to cater to their specific purposes. They can also be lighter as the components are not duplicated. Having different functions on each side doesn’t give off different feedback when the bike is turned to either side as the forks are tied to the same triple clamps. 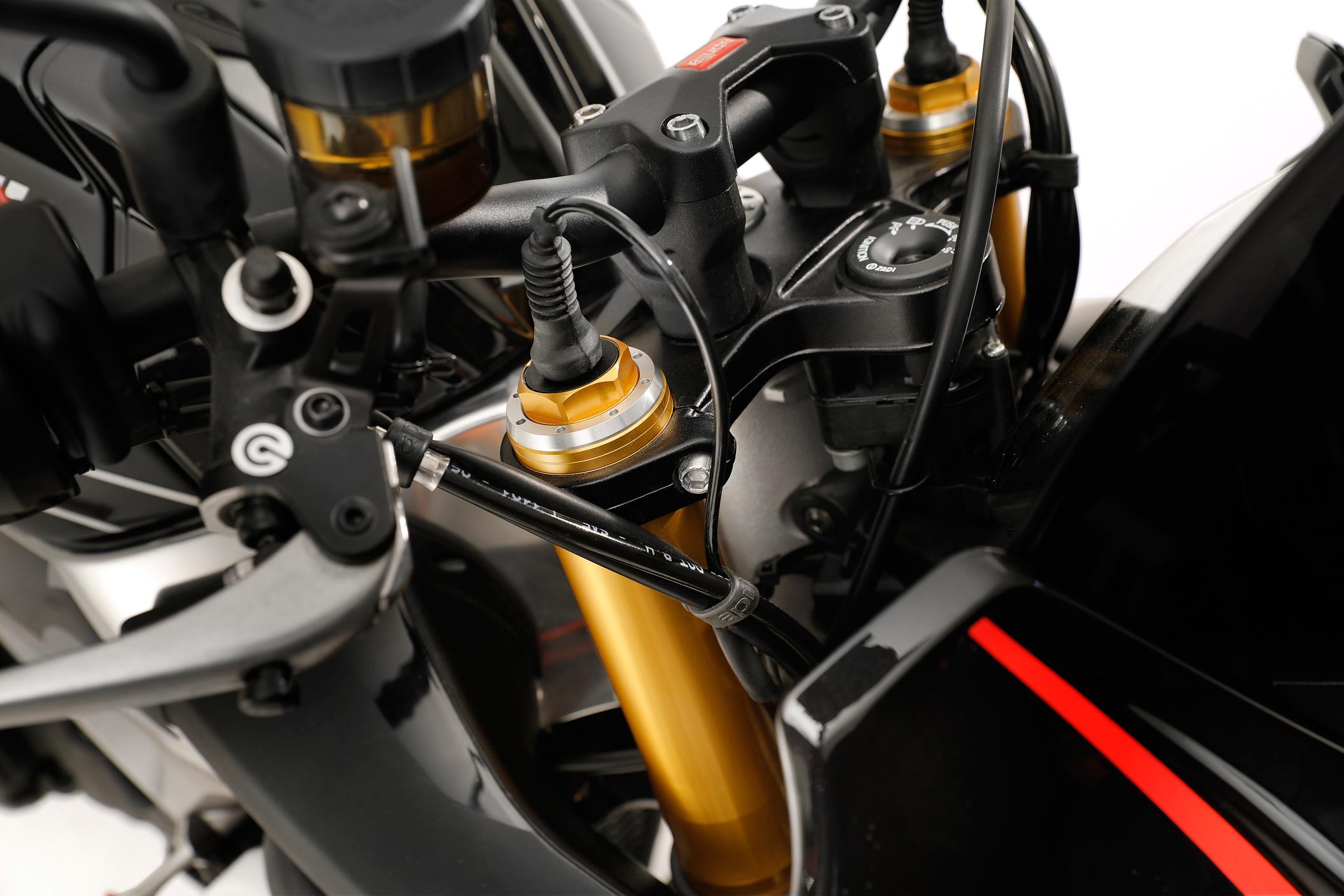 These systems can control preload and damping, or separately depending on the bike. Instead of having the rider adjusting the parameters with tools (plus sweat), it’s all done through a button on the handlebar.

However, the principles remain the same. What’s different is that sensors on the fork and swingram provide real-time ride height and damping data to the suspension ECU. The ECU then determines the correct strategy i.e. setting, depending on the selected mode. The ECU then sends signals to servos to alter the parameters. 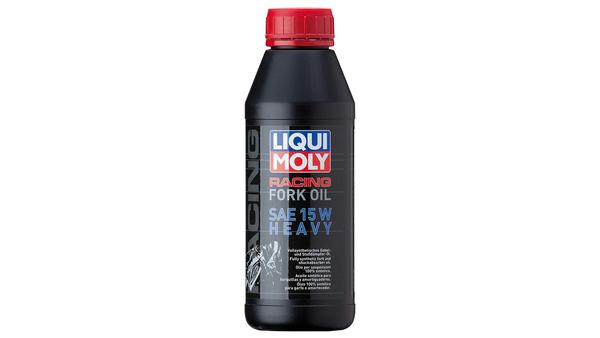 Damping works by converting kinetic energy (moving fluid) to heat. This is why oil is commonly used as it could absorb the heat plus has low flow resistance. Changing the oil to difference viscosities or amount alters the damping characteristics.