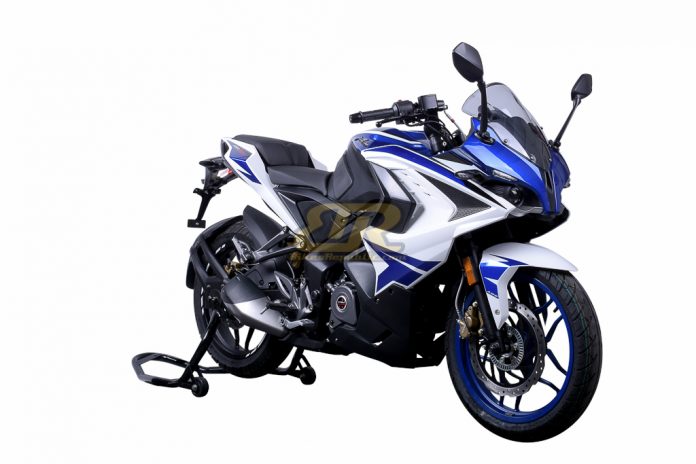 Both the RS200 and NS200 come with a single-cylinder, SOHC, 4-valve engine with liquid cooling, fuel injection and three spark technologies to produce 24.5hp and 18.6Nm of torque. 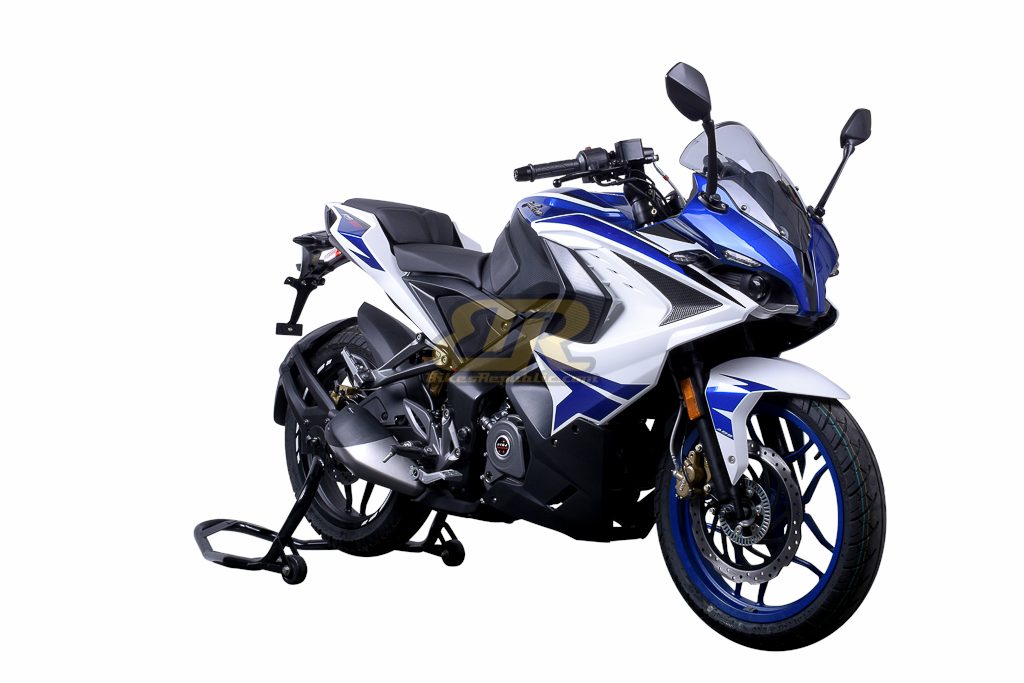 The wait is over folks. We’ve managed to get our hands on some very reliable information regarding the three new Modenas models that will be launched tomorrow – the new 2017 Modenas Pulsar RS200, Pulsar NS200 and the V15. 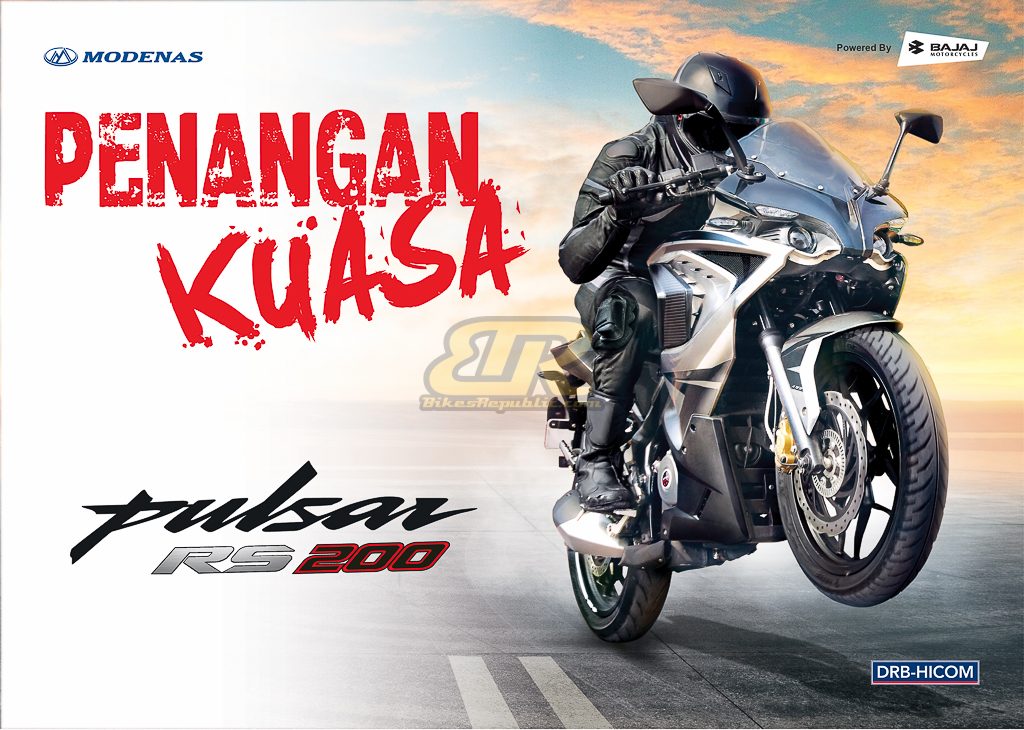 As predicted earlier (judging from the teasers released by Modenas themselves), the new sports bike is based on the Bajaj Pulsar RS200. Reworked for our local market, the Modenas Pulsar RS200 looks as stunning as it can be. 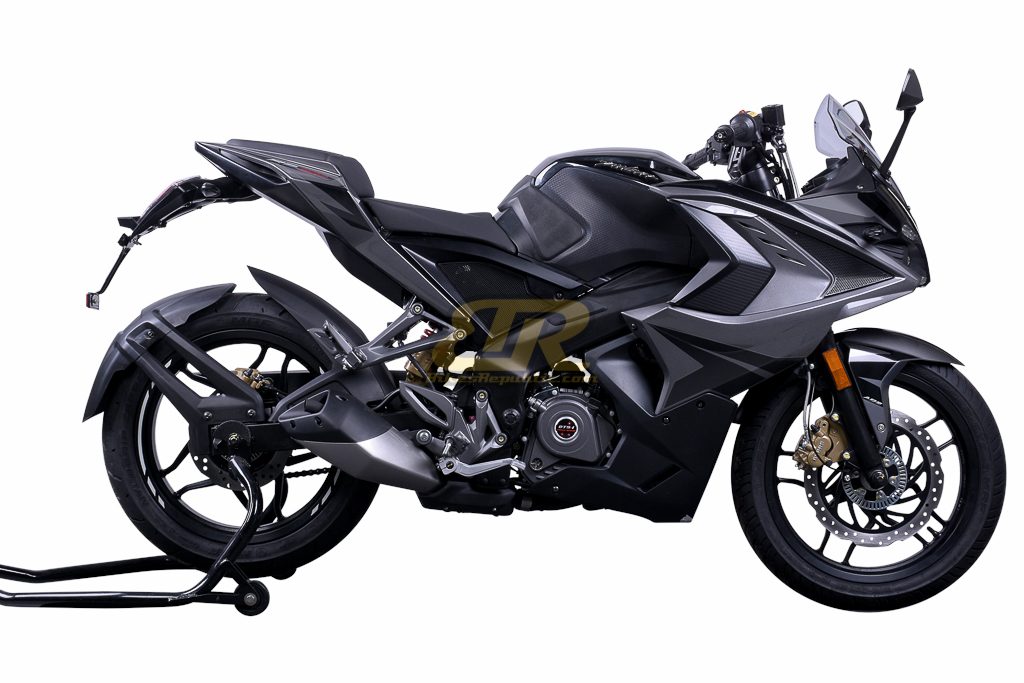 Everything on the Modenas Pulsar RS200 screams sports bike. From the front fairing design all the way to the tail and exhaust, it’s a bike that you’ll want to take a second look each and every time you’re done riding it. It’s indeed an aggressive-looking bike that will turn heads when going down the streets. 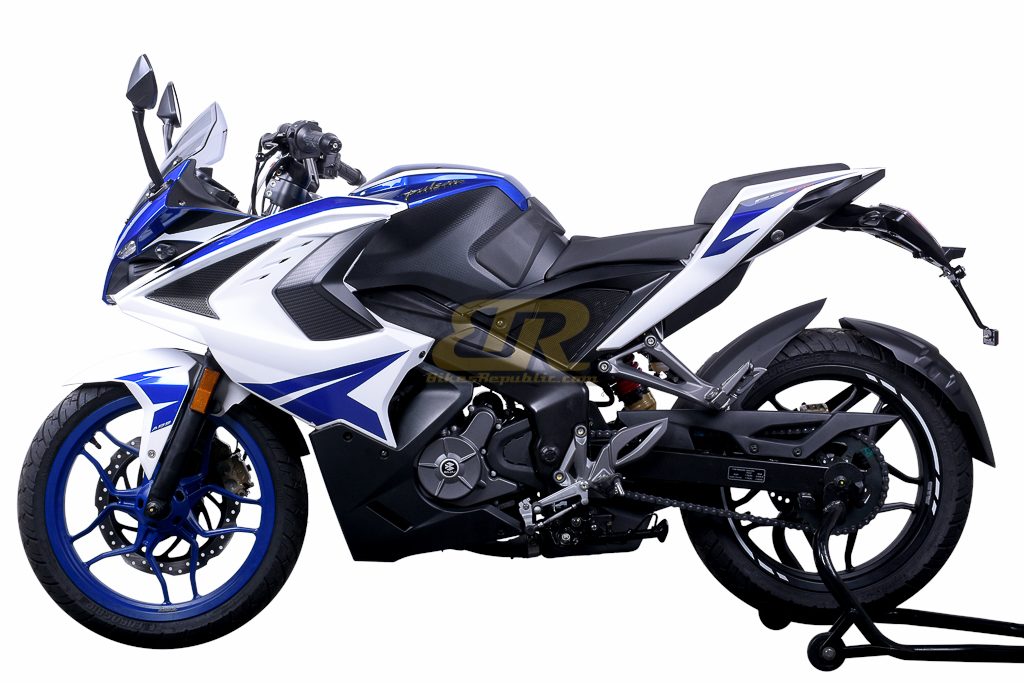 Powered by a single-cylinder, SOHC, 4-valve engine with liquid cooling and fuel injection technology, the Pulsar RS200 produces 24.5hp at 9,750rpm and 18.6Nm of torque at 8,000rpm. The engines on both the Pulsar RS200 and NS200 are equipped with three-spark technology that ensures smooth and efficient combustion. 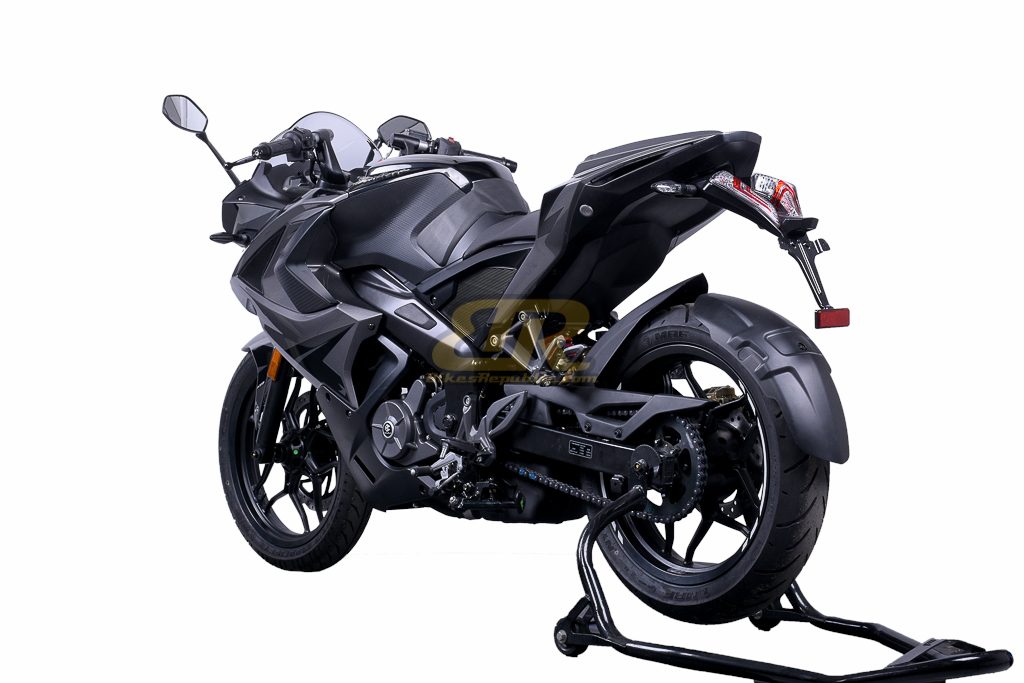 The front end of the RS200 is equipped with a telescopic fork with anti-friction bush while the rear is covered by a Nitrox mono shock absorber with canister to absorb all those undesirable bumps on the road. With a single channel ABS covering the front 300mm disc brake, the RS200 ensures maximum riding safety together with the rear 230mm disc. 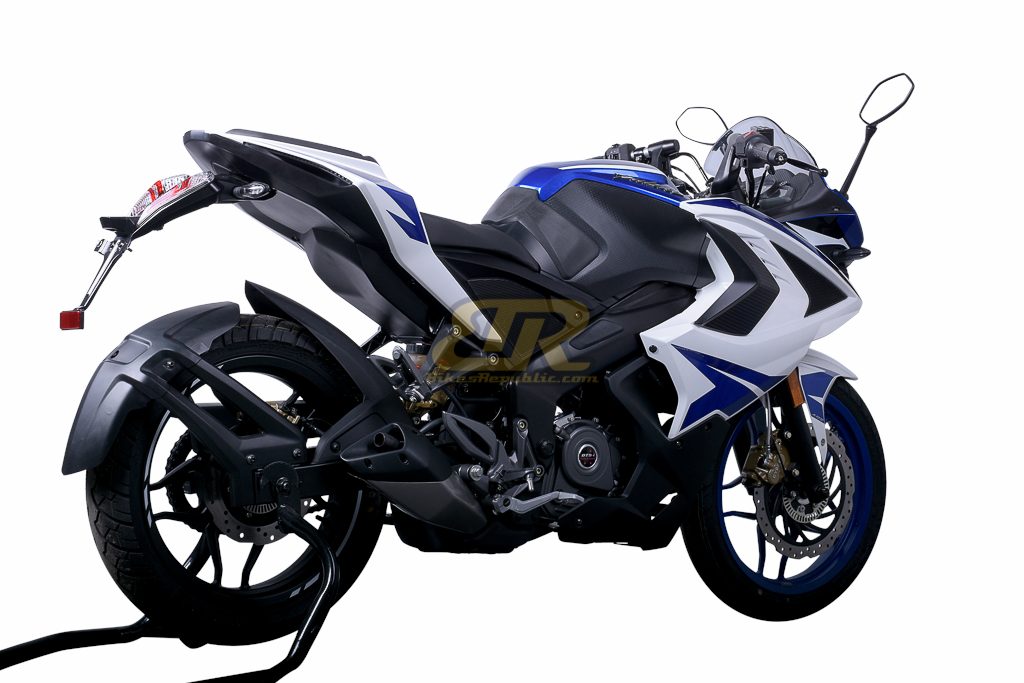 Riding distance is extended thank to its 13-litre fuel tank. Together with the overall kerb weight of just 164kg, the bike is said to be light and nimble whether you’re commuting to work or hitting the roads on weekend rides. 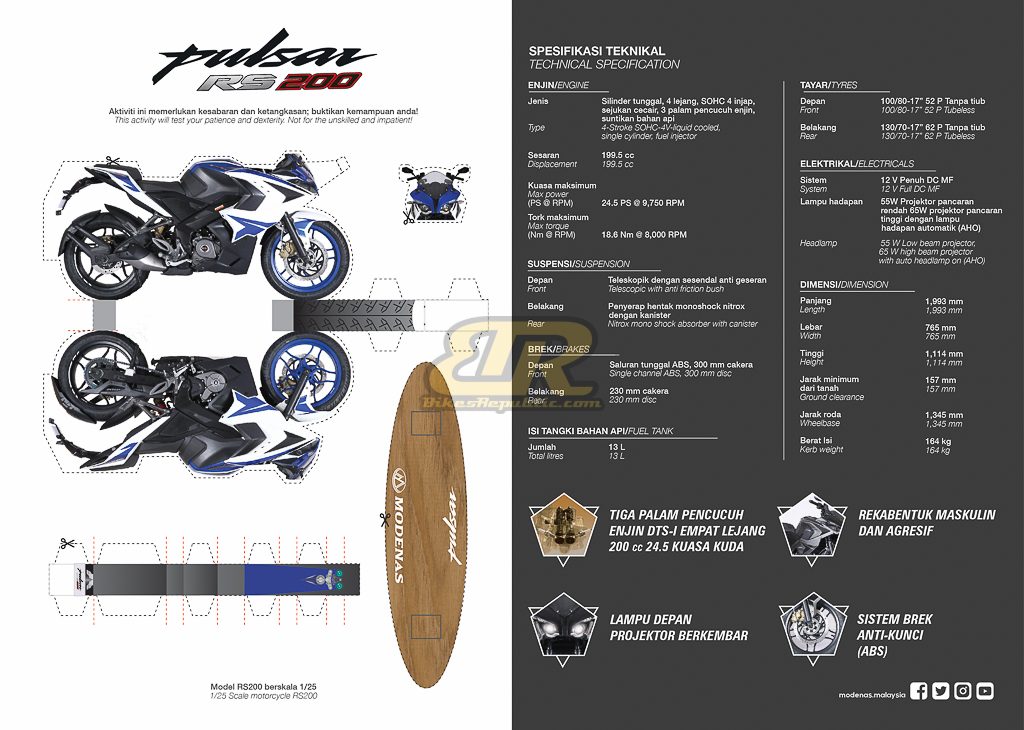 The 2017 Modenas Pulsar RS200 is said to be priced around RM11,000 and it’s available in two different colours; Black and Blue. 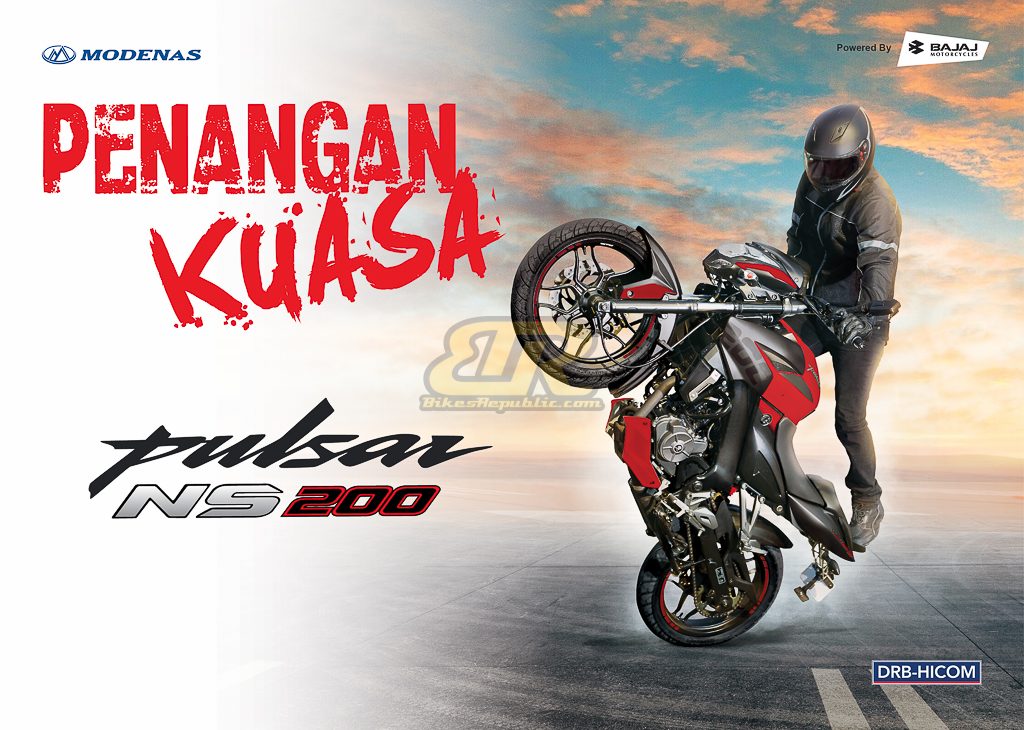 Those who are into naked bikes can rest assured that Modenas has got you covered. The 2017 Modenas Pulsar NS200 is the naked variant of the RS200 that is powered by the same 200cc single-cylinder, fuel-injected engine. They also share similar suspension packages with the front telescopic fork with rear Nitrox mono shock absorber. 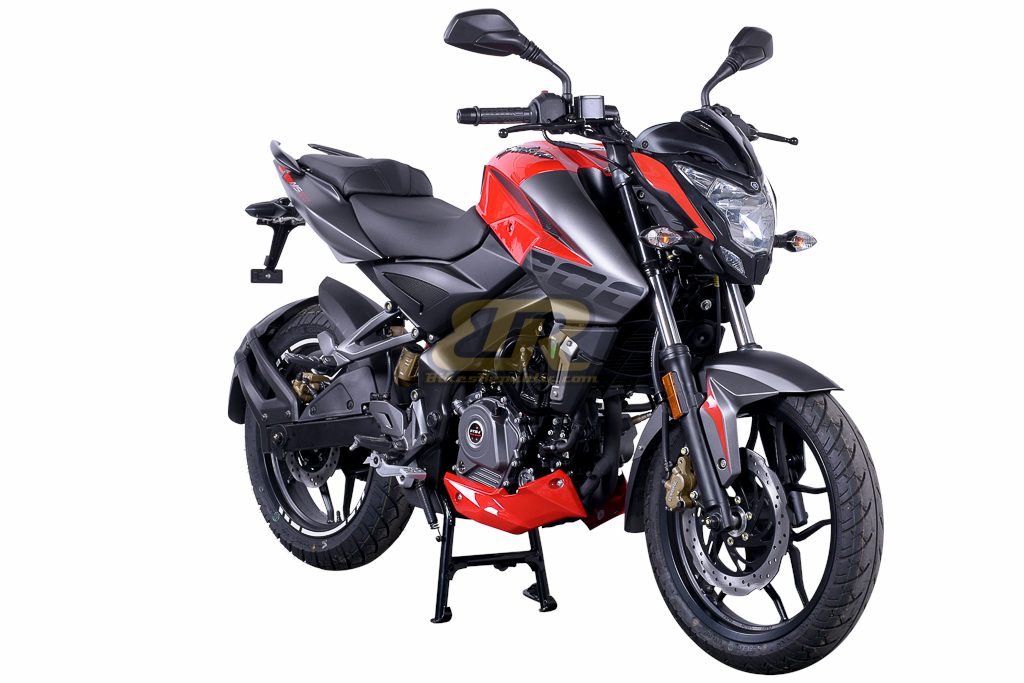 Apart from the reworked front fairing (or the lack of it since it is a naked bike), the brake package on the NS200 is slightly different from its full-fairing counterpart. The NS200 comes with hydraulically-operated 280mm front disc and rear 230mm disc. No ABS is available on the NS200. 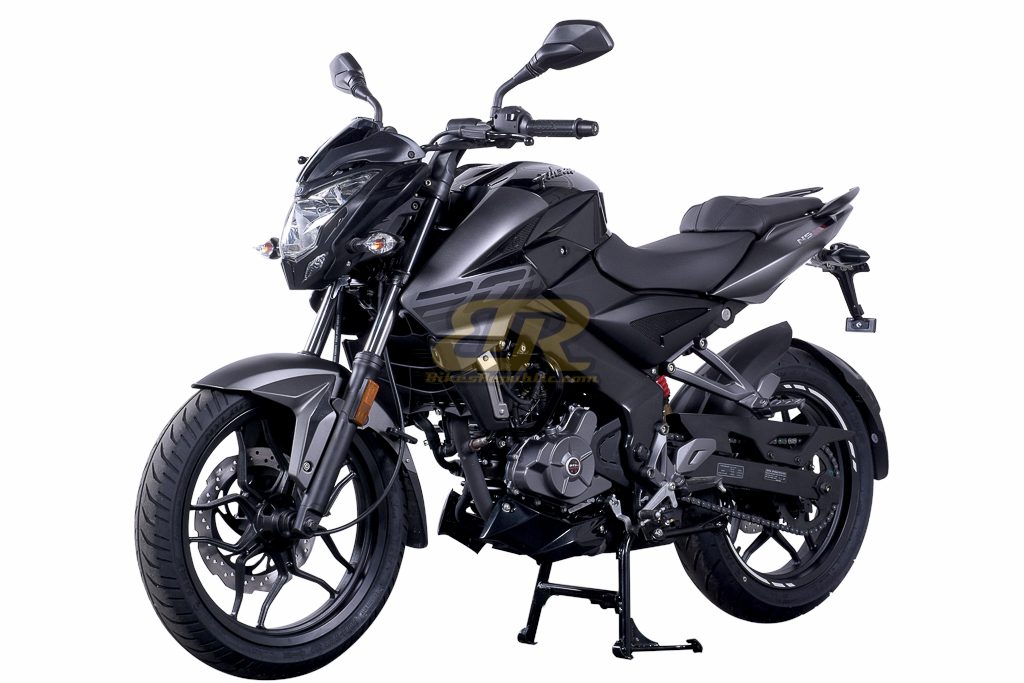 The NS200 also has a slightly smaller fuel capacity at 12 litres as compared to the RS200 that has 13 litres. With an overall kerb weight of only 155kg, the NS200 sounds like the perfect bike to hit the city streets. 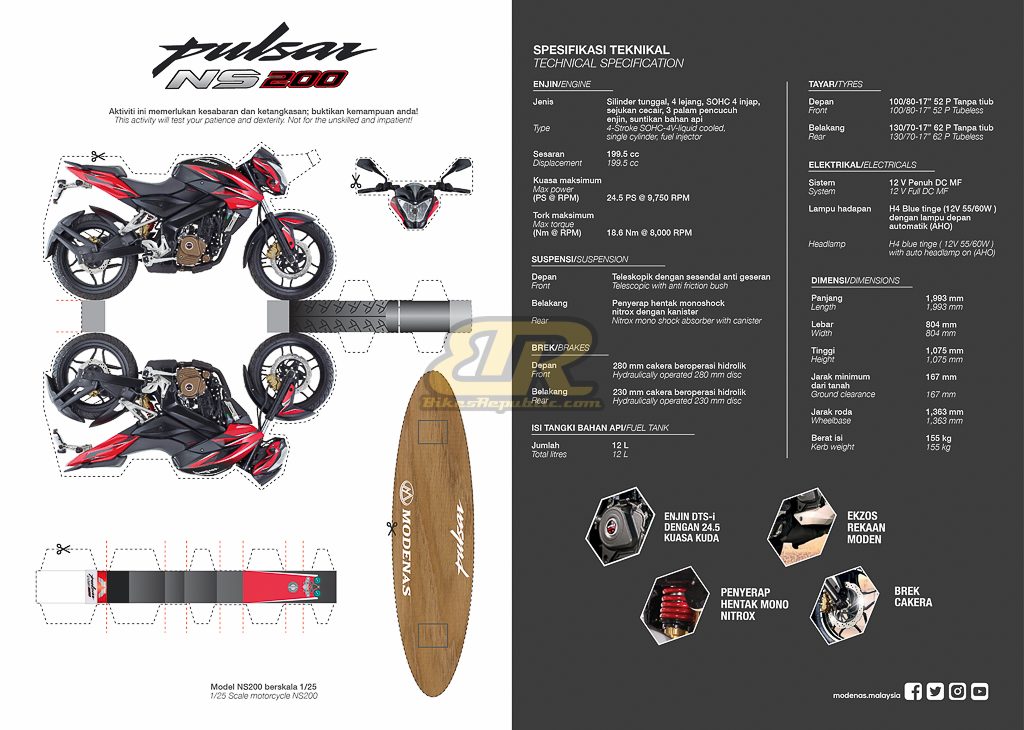 The all new 2017 Modenas Pulsar NS200 is probably going to be priced somewhere between RM8,000 to RM9,000 and it’ll be available in two different colours; Black and Red. 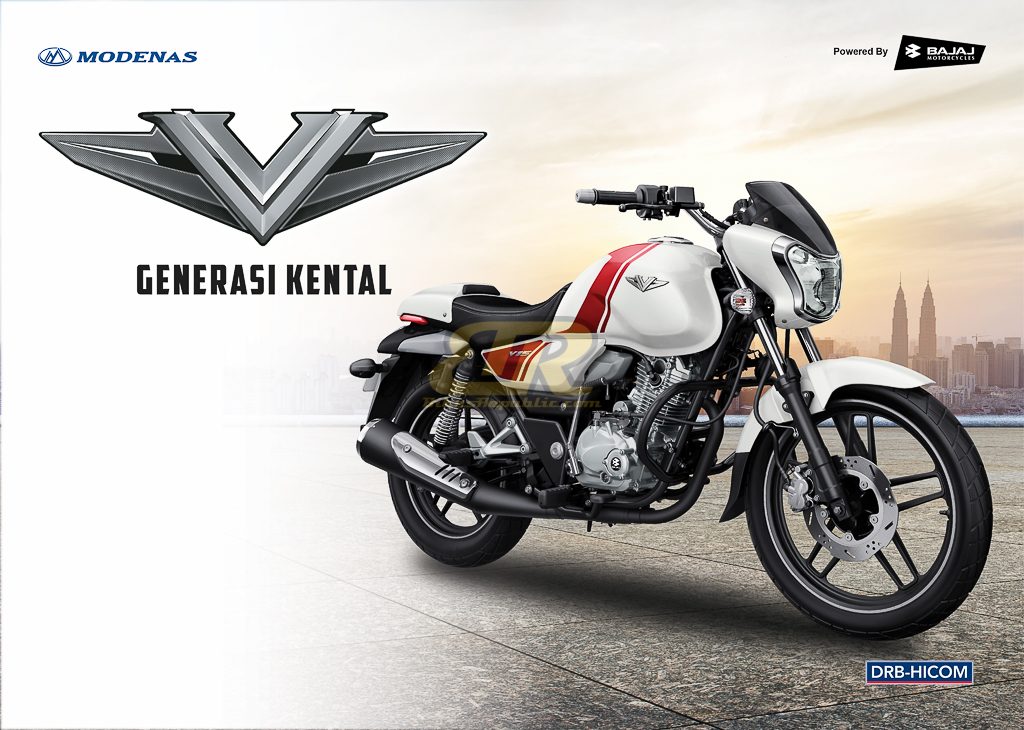 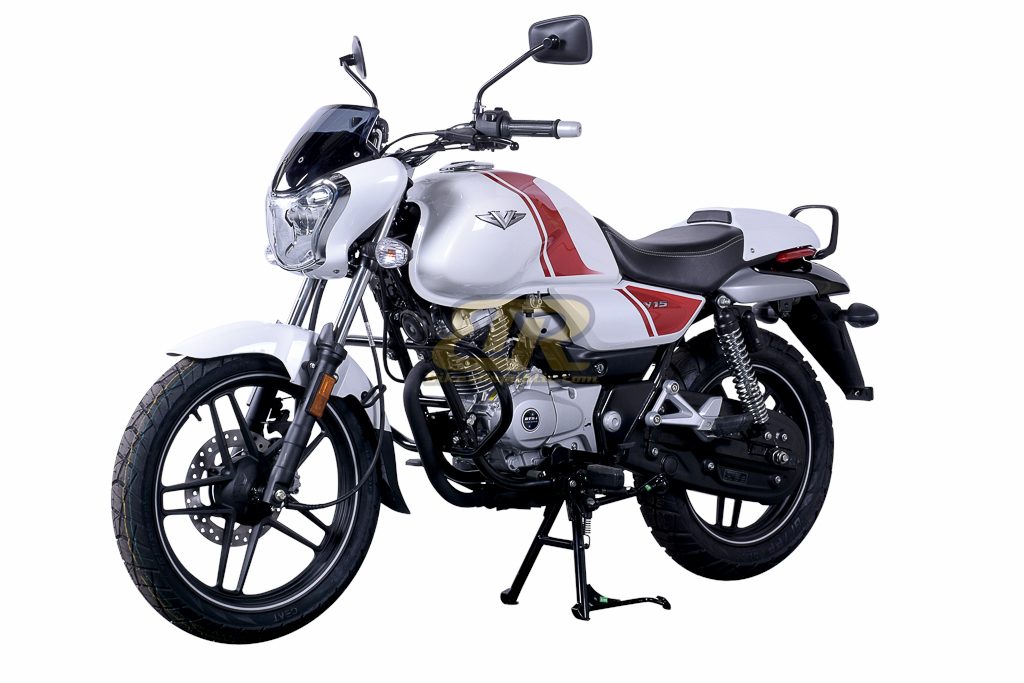 Powered by a brand new 150cc DTS-i engine, the V15 comes with twin spark technology that churns out 11.8hp upon reaching 7,500rpm and 13Nm of torque at 5,500rpm. The simplistic yet functional theme of the V15 can also be seen on the suspension package with front telescopic forks and rear mono shock absorber. 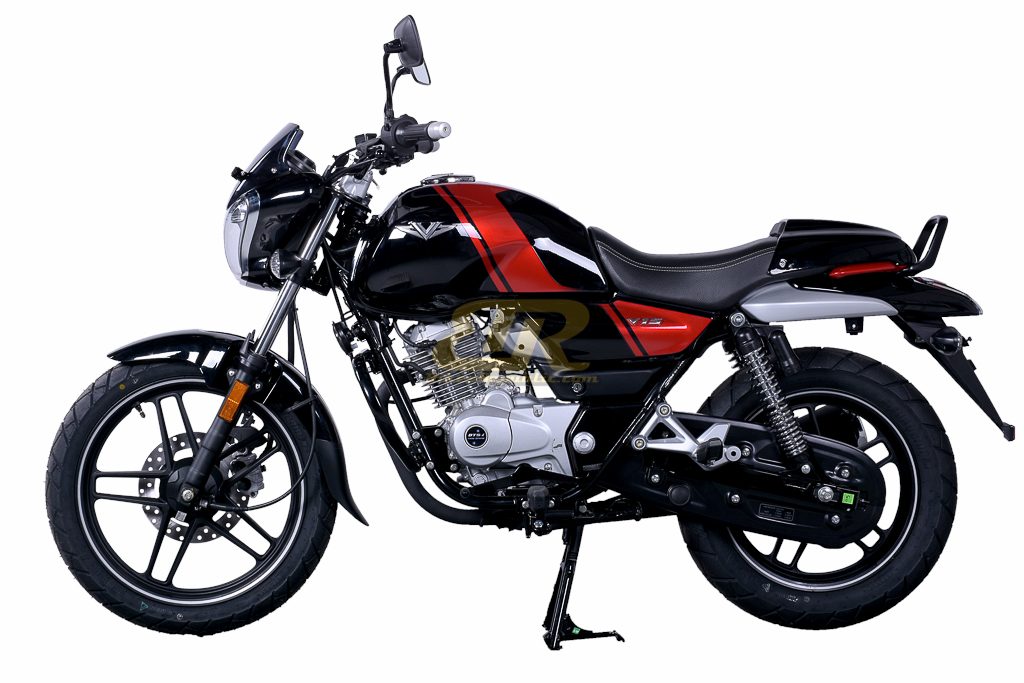 All that power is transferred down to the rear 16-inch wheel via a 5-speed gearbox with final chain drive. The front 18-inch wheel follows the retro theme that’s paired together with a single 240mm brake disc while the rear is covered by a 130mm drum brake kit. 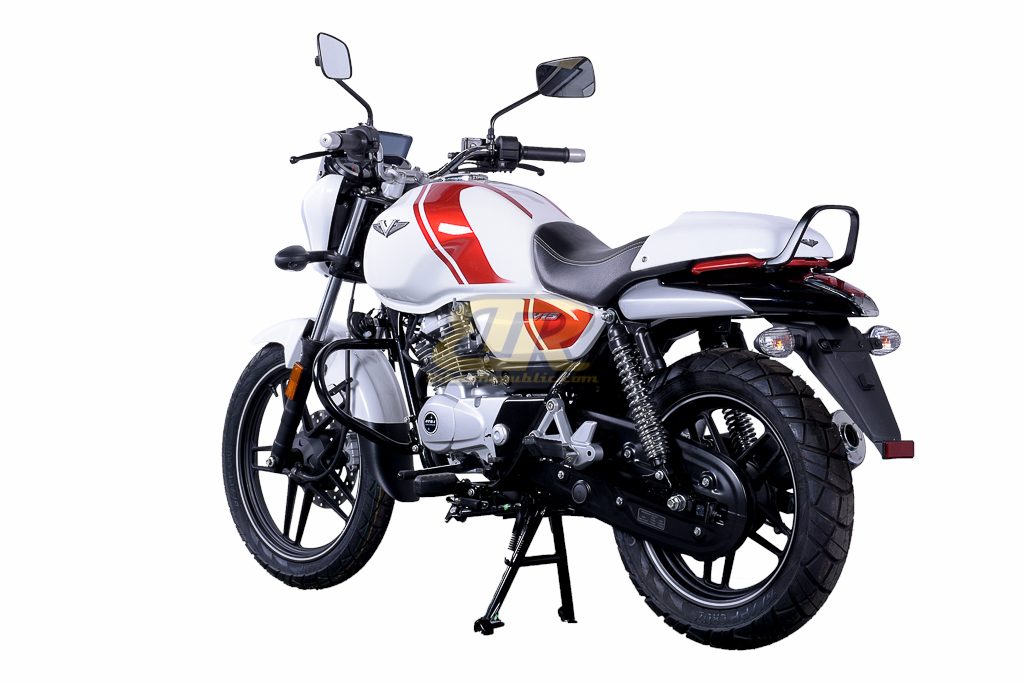 The new Modenas V15 comes with a 13-litre fuel tank. Together with a claimed fuel mileage of 57km/l, you can expect the V15 to travel over 700km before you need to refuel again at the nearest petrol station. This is also achievable thanks to the kerb weight of just 136kg. 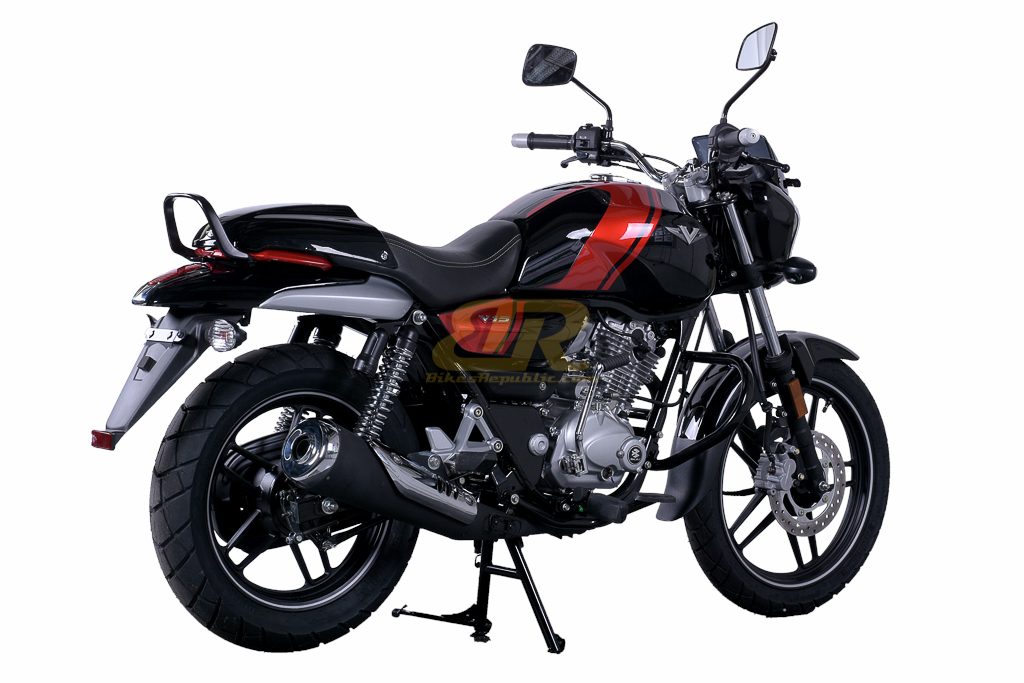 The V15 also has an optional pillion seat cover to add more style whenever you’re riding solo. Our guess is that the V15 will most likely fall around the RM6,000 mark. Like the two previous bikes, it will also available in two colours as well; Black or White (both with red accents). 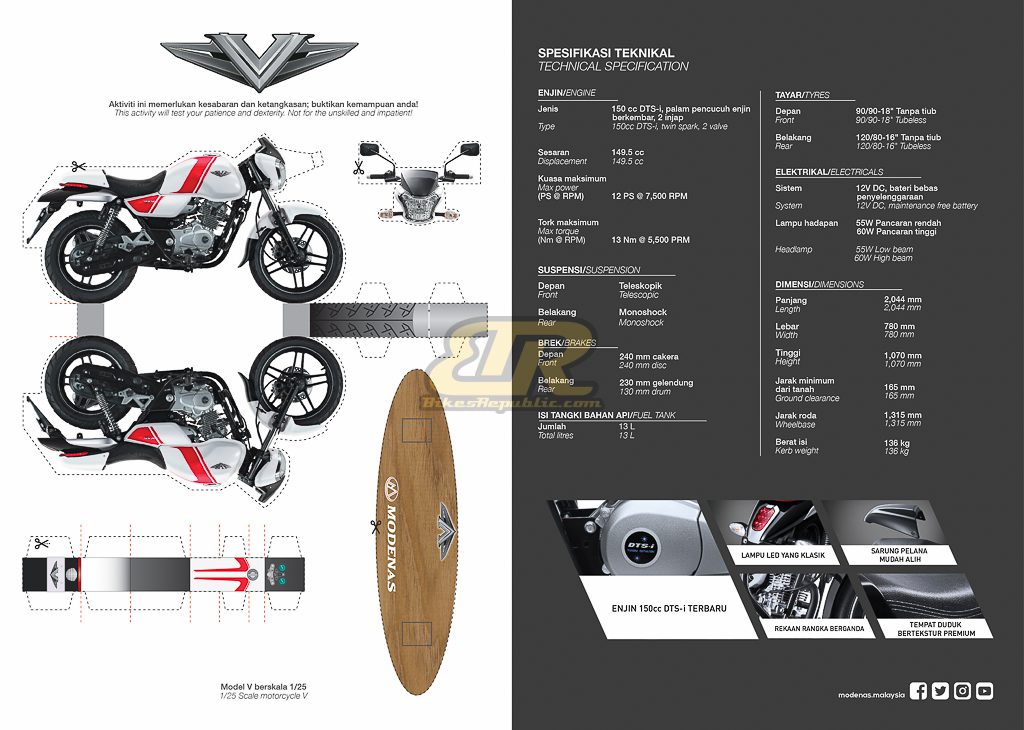