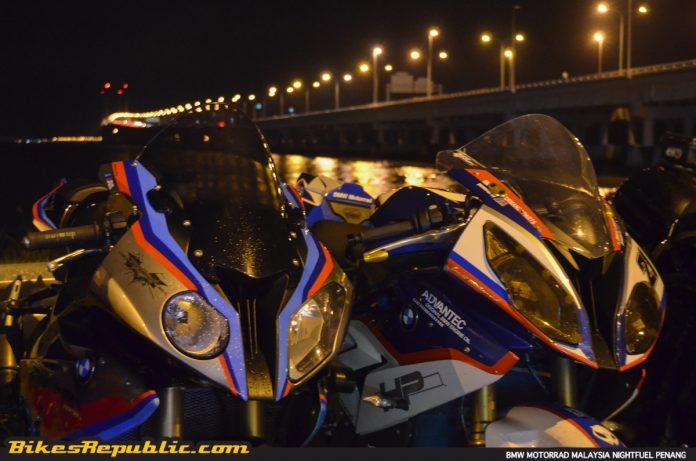 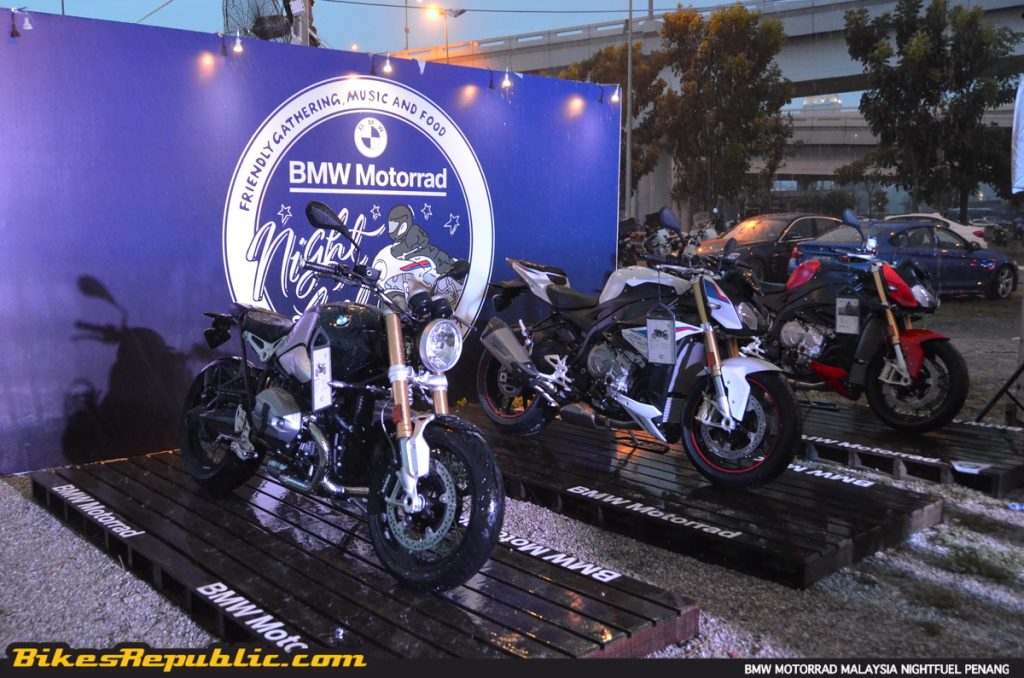 One of the best parts of motorcycling is the lifestyle. Now, while the word “lifestyle” usually describes fashion, a motorcycling lifestyle goes deeper than the superficial.

A motorcycling lifestyle encompasses loving the motorcycle you own, loving to ride whether going solo or with your buddies, strengthening the bond amongst your riding buddies while making new ones, and many more latent personal reasons. It’s a way of life, regardless of your level of passion and to what lengths you express that passion. 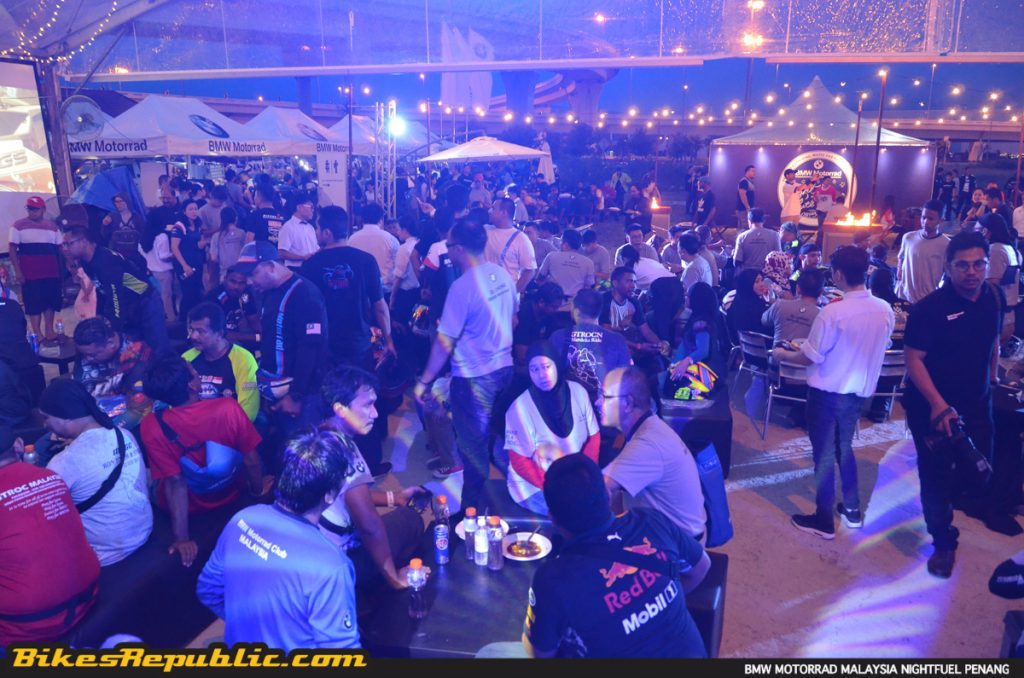 But there is one inescapable aspect of every biker’s life and that’s the weekly get-together, called TTS for Teh Tarik Session, among Malaysian bikers.

That’s why BMW Motorrad Nightfuel roadshows play an important role to not only showcase that lifestyle but also to present it as part of BMW Motorrad’s “Make Life a Ride” way of life. Featuring “friendly gathering, food and music,” attendees can be assured of the best TTS in their calendar. 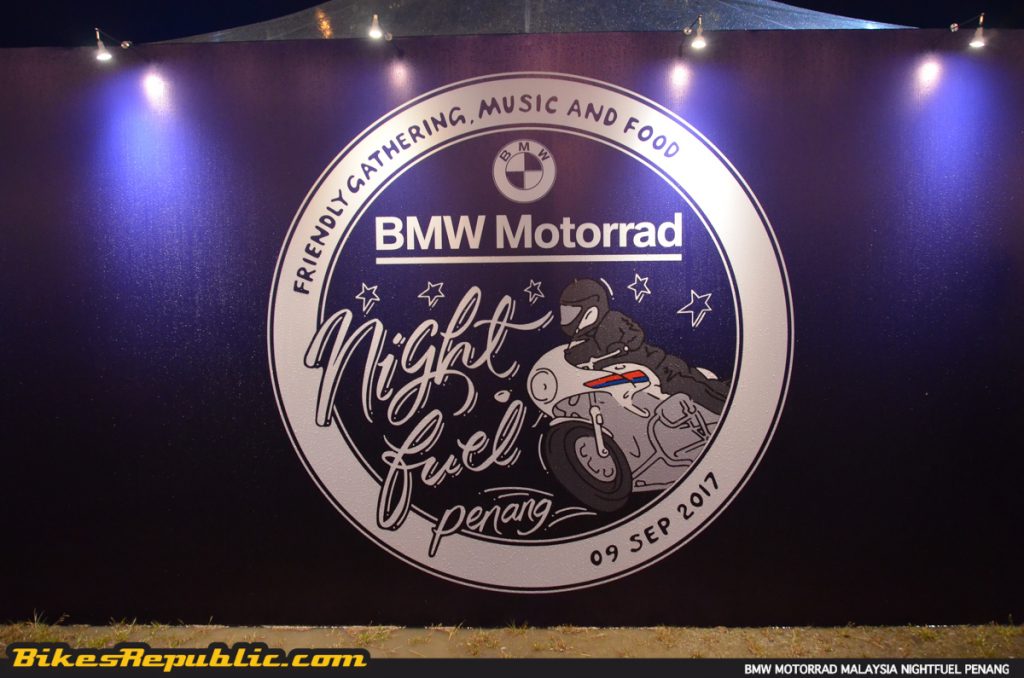 BMW Motorrad Nightfuel visited Penang on 9th September 2017 and it was the first outside of the Klang Valley. The event site was situated just off the on-ramp to the Sultan Abdul Halim Muadzam Shah Bridge (better known as “The new Penang Bridge.

There were already hundreds of bikes when we arrived, consisting of BMWs and a good number of other brands, as well. 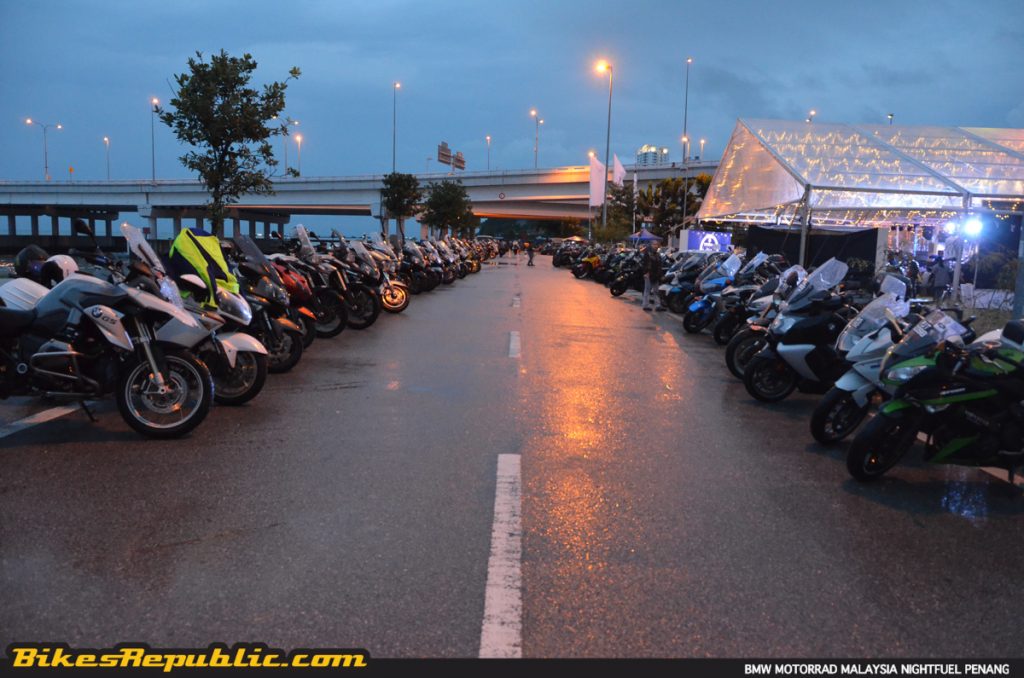 Pretty girls smiled sweetly and welcomed us at the BMW Motorrad Nightfuel registration desk despite the heavy rain blowing into their tent. Kudos, girls. Each participant received a BMW Motorrad dry bag and ticket for the lucky draw. There was already a long line for the food – typical of us Malaysian bikers! 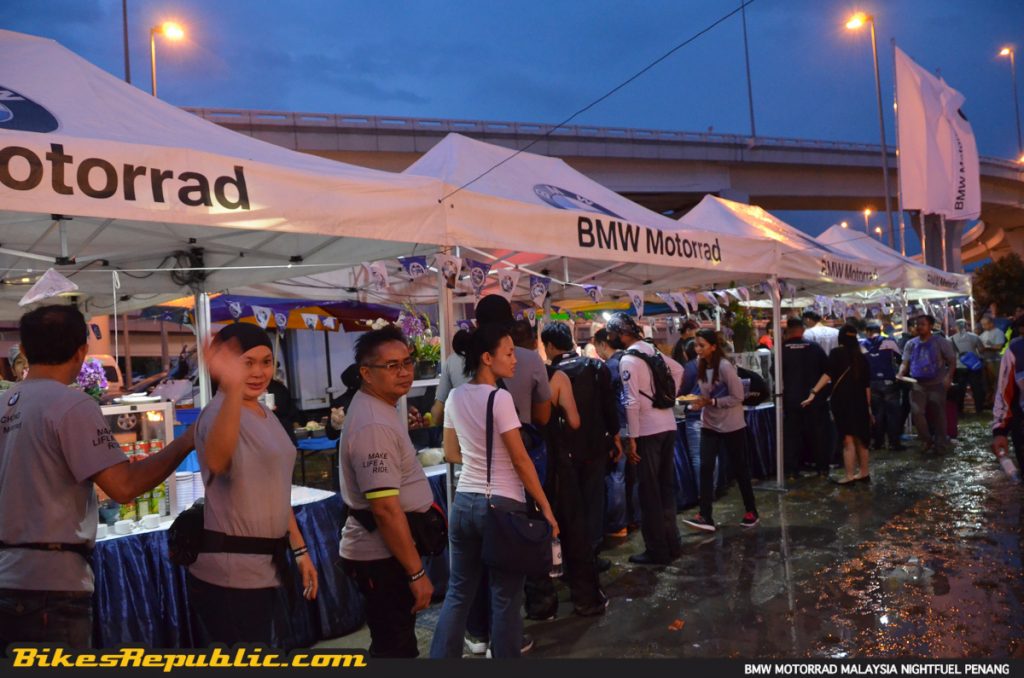 In the main pavilion, tables and chairs were laid out to surround the centre stage, flanked by BMW motorcycle display stands. The Penang channel and bridge provided the breathtaking backdrop. 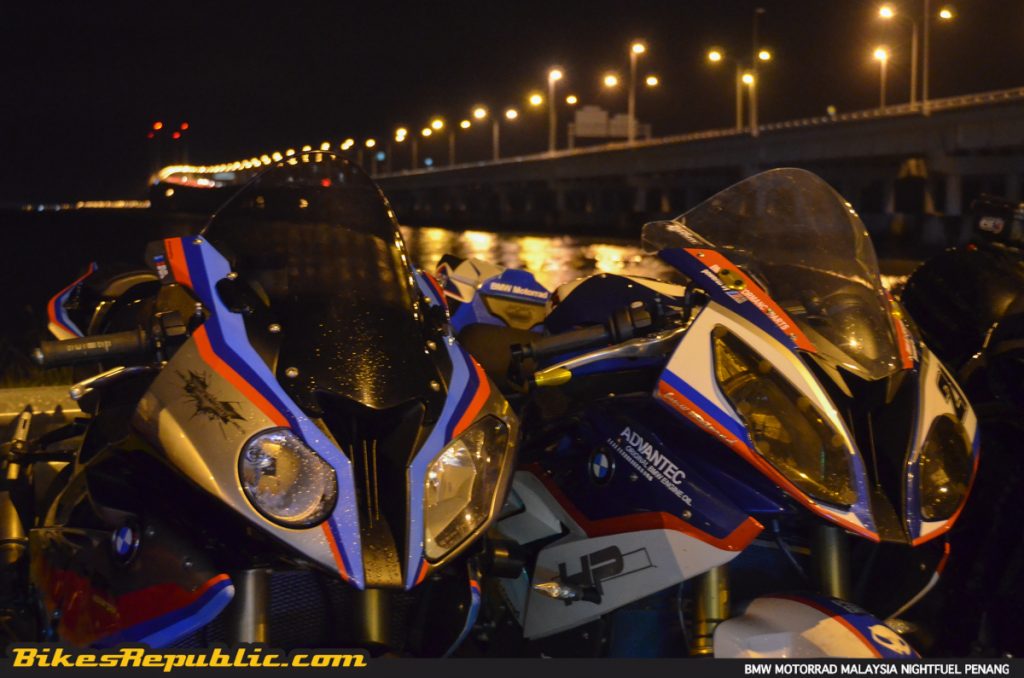 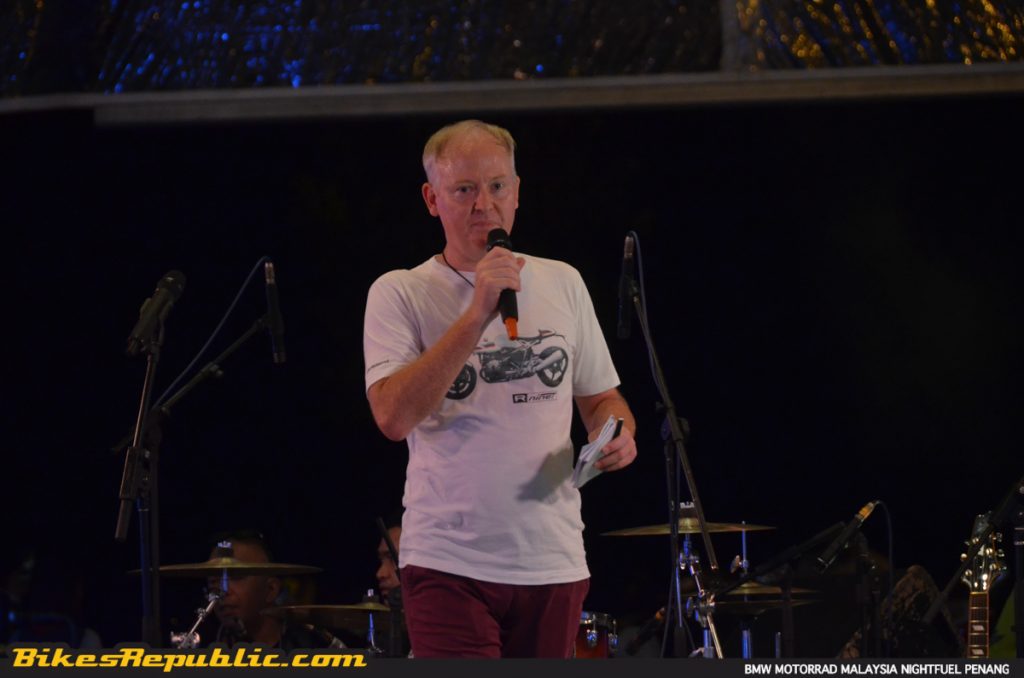 One of Malaysia’s most famous sessions band, NRG, made sure everyone got rocked by expertly belting out famous hits such as Highway To Hell, Highway Star, Sweet Child O’ Mine, Sejati, among others. 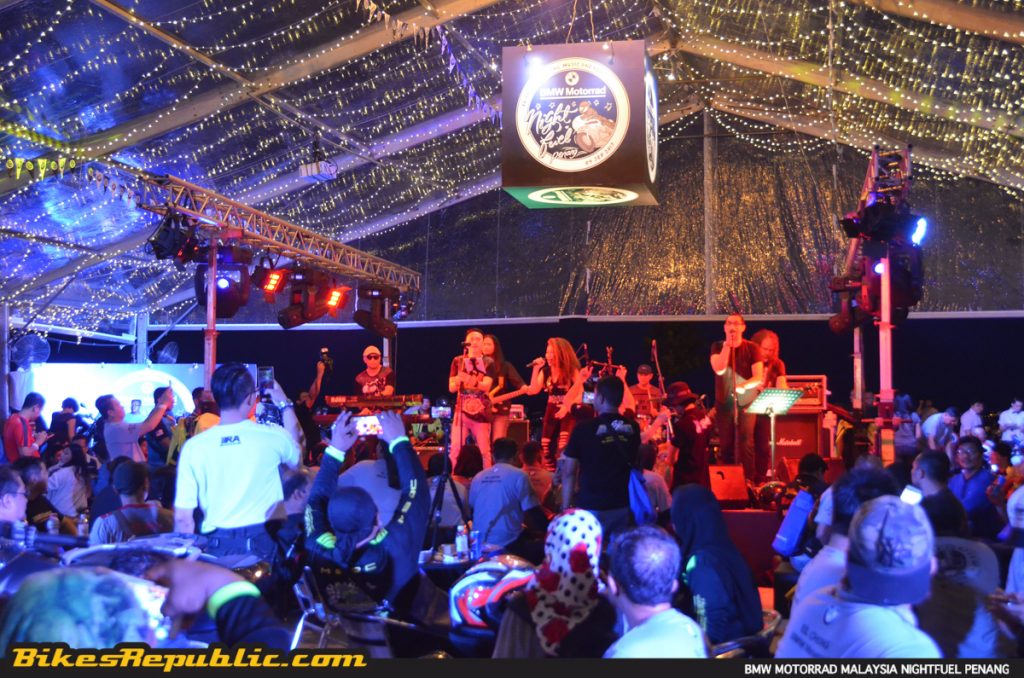 Speaking about the food, the row of stalls served iconic Penang street food such as ais kacang, cendol, Penang assam laksa, rojak buah, char koay teow, and satay. There was also a mini BBQ. The laksa was among the best this writer has ever tried (I had three bowls!). 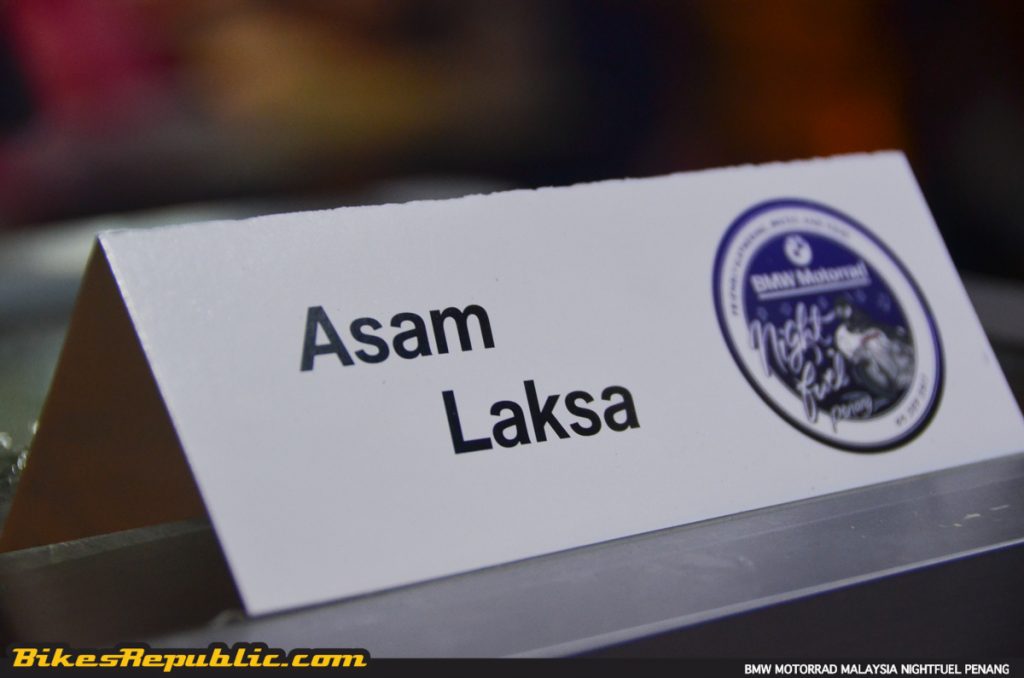 There was also a Ride & Style Shop operated by Auto Bavaria Penang which sold BMW Motorrad riding gear and paraphernalia. 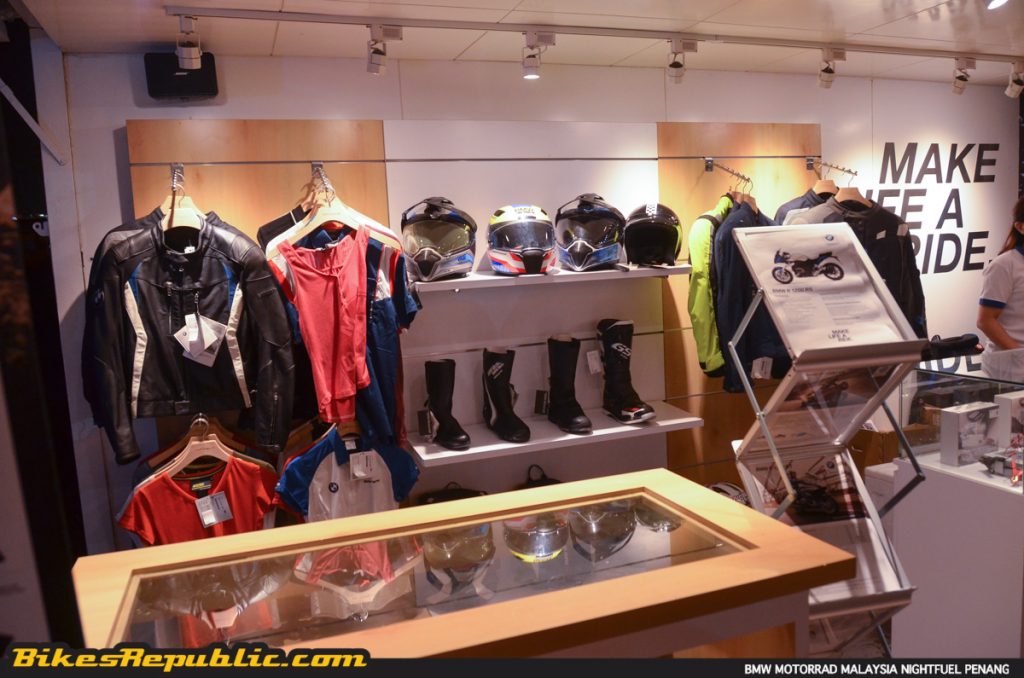 The site was buzzing with high octane activity, despite the rain still crashing down. Many more motorcycles continued to appear through the maelstrom. 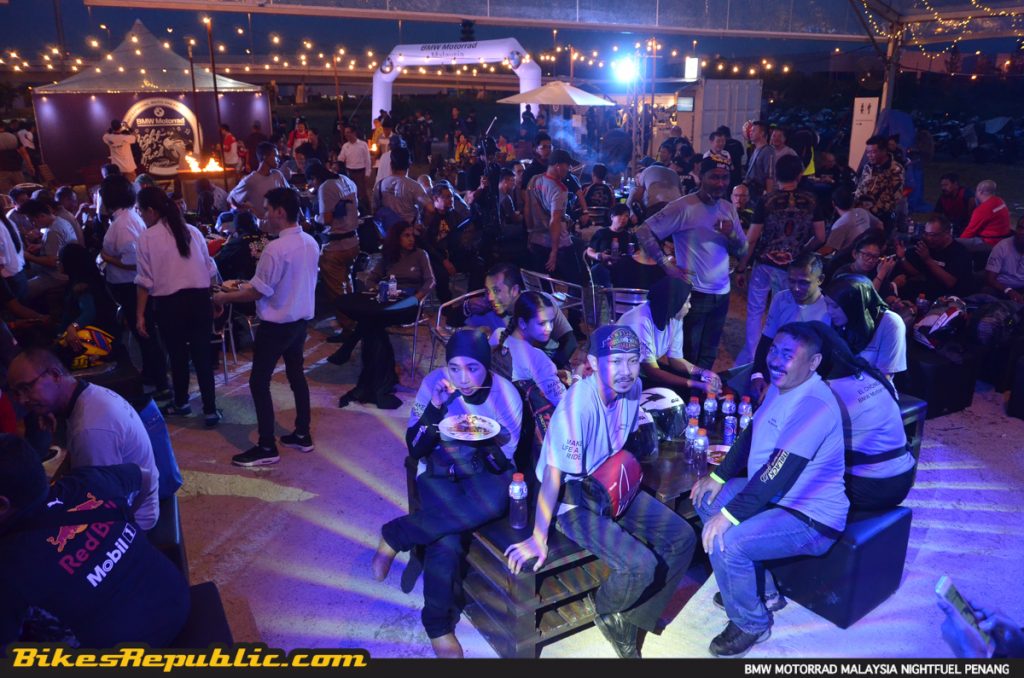 Soon enough, it was time to launch the new bikes, starting with the updated S 1000 RR superbike. Although the engine and design are untouched, the new S 1000 RR now features ABS Pro for more secure hard braking in corners. It is priced from RM 106,900. 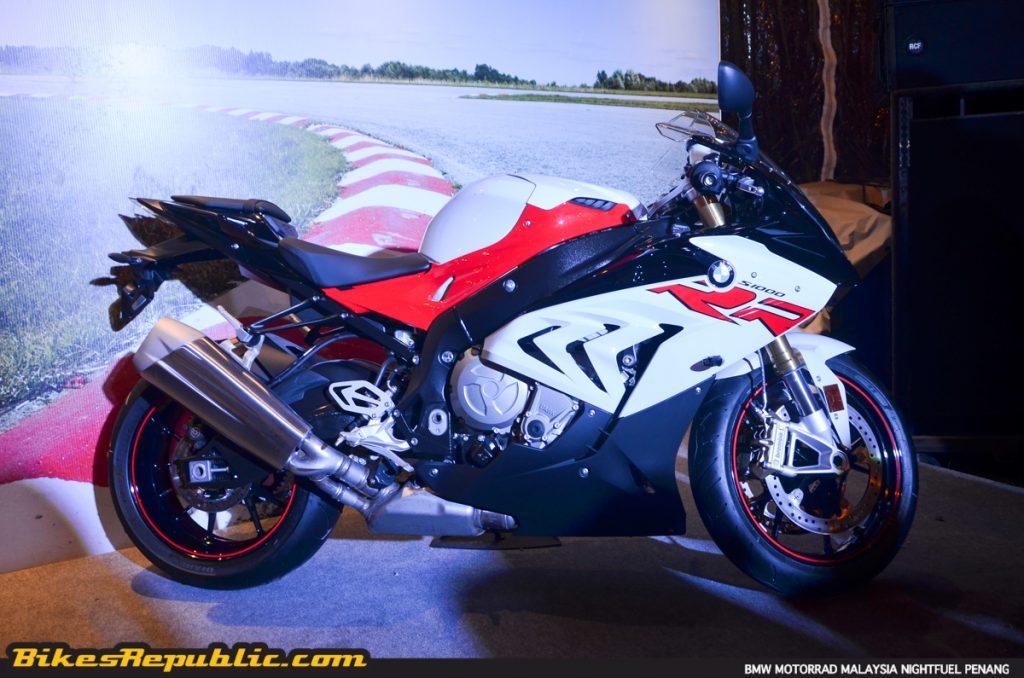 Next was one the most anticipated motorcycle, the new R 1200 GS Rallye. Priced from RM 105,900, the GS has been redesigned with new radiator flanks. The engine remains the same (why fix something not broke), backed up by six comprehensive Ride Modes. 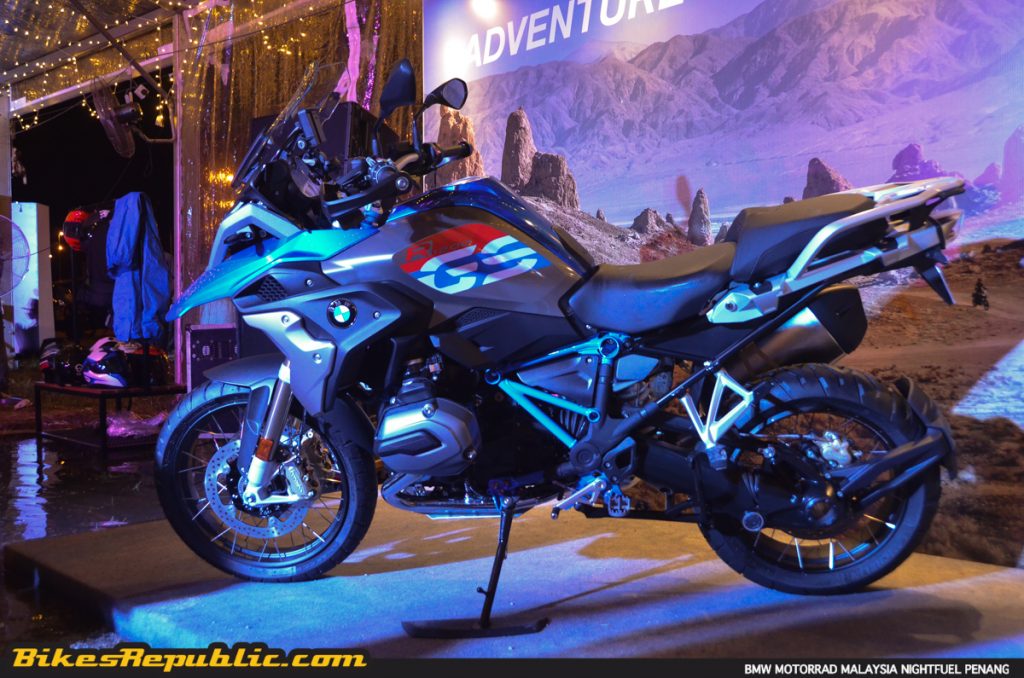 The night continued with more great food and music as old friends hung out together and made new ones. A few rounds of lucky draws were held as BMW gave away a few amazing gifts such as sets of Lego R 1200 GS.

The other two bikes were unveiled soon afterwards.

The R nineT Urban G/S harks back to the design of the R 80 G/S of yesteryears but with a modern twist. Built upon the R 1200 engine and R nineT’s frame, the Urban G/S is given longer travel suspension, tapered handlebar, 19-inch front wheel, and the classic headlight fairing to complete that classic enduro look. It is priced from RM 87,900. 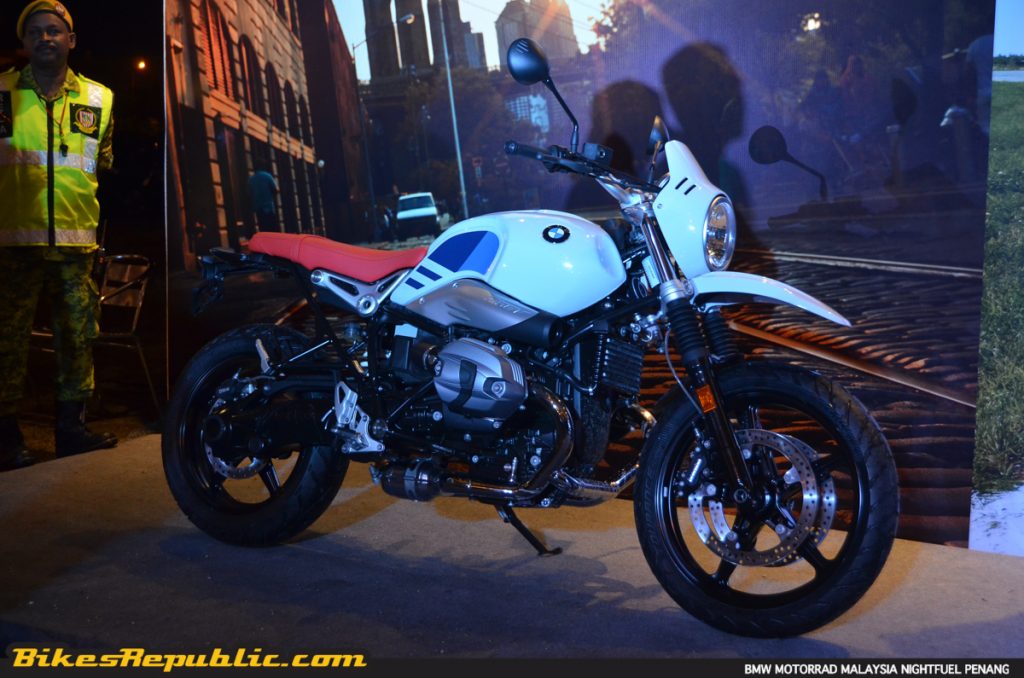 Soon, it was time to unveil the main star of BMW Motorrad Nightfuel Penang – the K 1600 Bagger.

As what BMW Motorrad Malaysia’s Product Specialist said during the presentation, a bagger means a cruiser which features touring gear and luggage. Built on the K 1600 engine and touring frame, the K 1600 B uses the platform’s impressive size and is given a sloping tail end to great effect, turning it into a beautiful motorcycle which only the best customizers could dream of building. But don’t be fooled by its size: The K 1600 series consists of superbly agile motorcycles! Priced from RM 159,900, it is not cheap for most of us, but that pricing is competitive when compared among high-end baggers in the market. 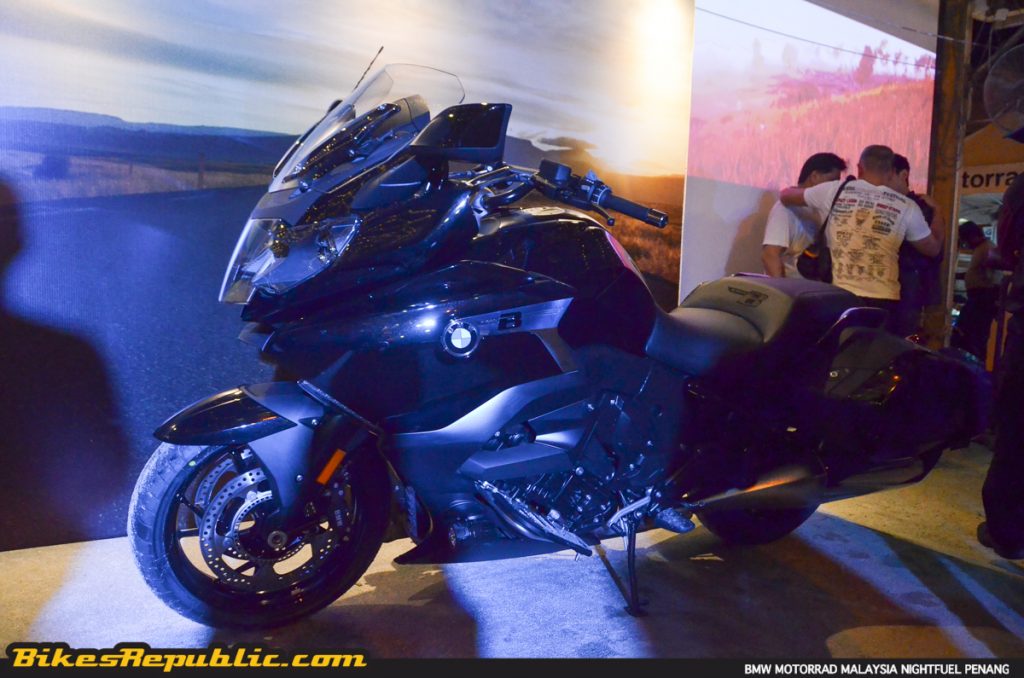 The Nightfuel party carried on until late and we bid our goodbyes. As mentioned before, this was the first BMW Motorrad Malaysia’s Nightfuel outside of the Klang Valley and it turned out to be the best. Not even the big storm could derail is status.

Well, rain is part of the biker’s lifestyle.

Click here for more on the new models launched during event.