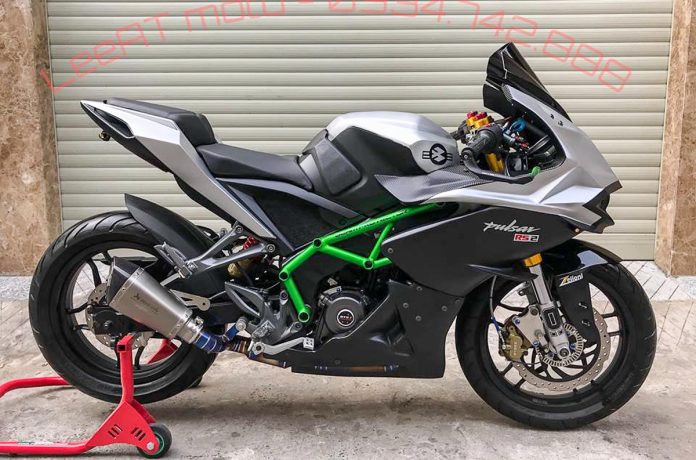 A custom Bajaj Pulsar RS200 has been converted into something heavily-inspired by the Kawasaki H2.

Vietnamese Leeat Moto is the man behind this custom ‘Bajaj Pulsar RS2’.

Some custom parts include a brand new fairing, Ohlins front fork, Akrapovic exhaust and many more. 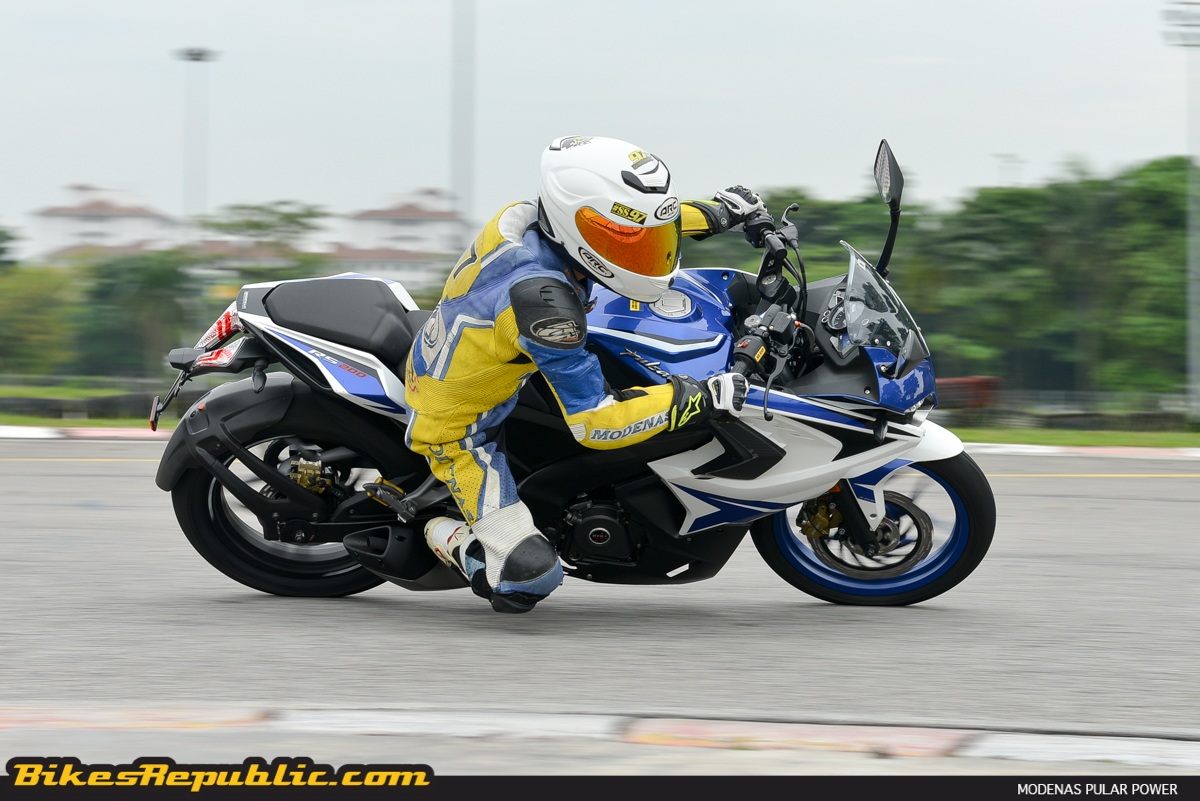 With the rise of the Modenas Pulsar RS200 small-capacity sports bike, there have been a few folks who have added their own personal touches to make their said bikes unique and beautiful. While the usual go-to areas like paintwork, stickers and tidying up the rear end are staples, some of us have taken extreme measures when it comes to bike customising. 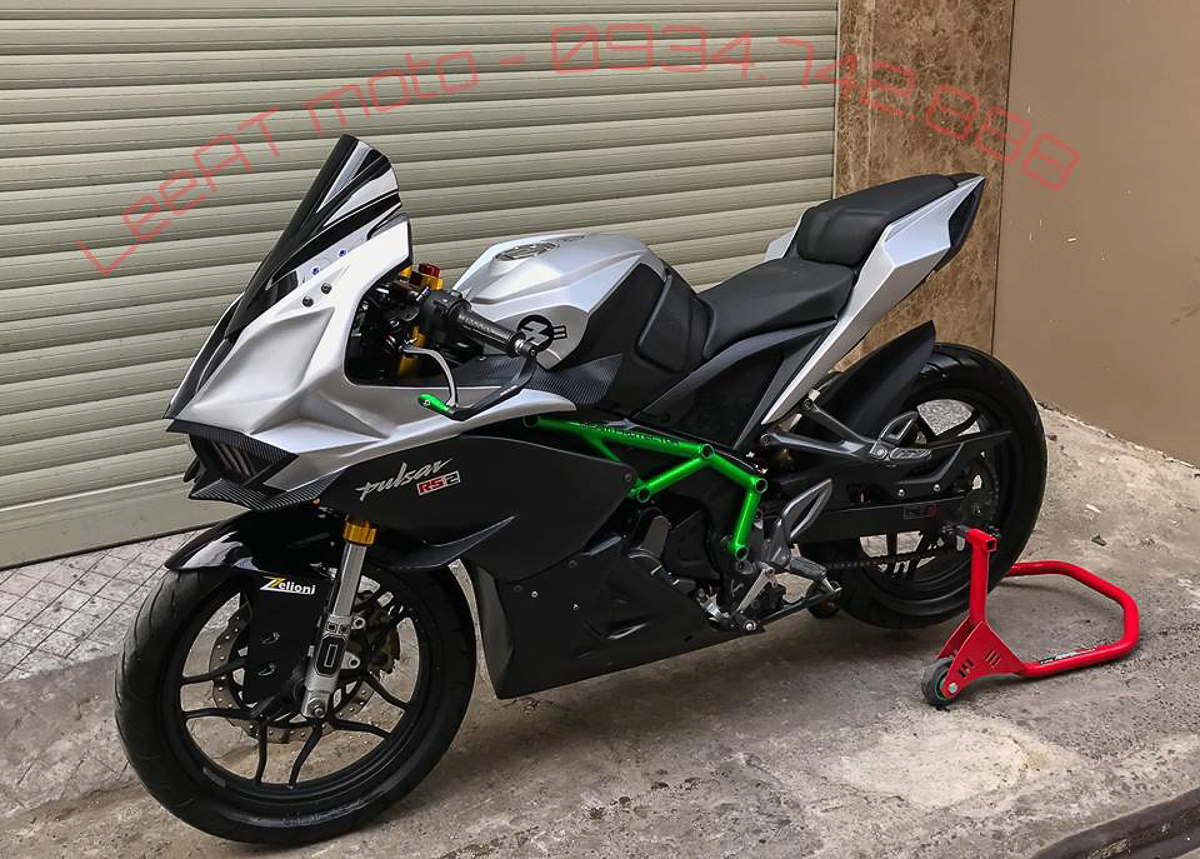 Take for example Leeat Moto from Vietnam. With a huge love for the Kawasaki Ninja H2 hyperbike, the workshop decided that they can make a similarly-looking bike at a fraction of the cost. Heavily inspired by the supercharged beast, the workshop took in a Bajaj Pulsar RS200 and it left looking nothing like it. In fact, we think it looks pretty wicked. 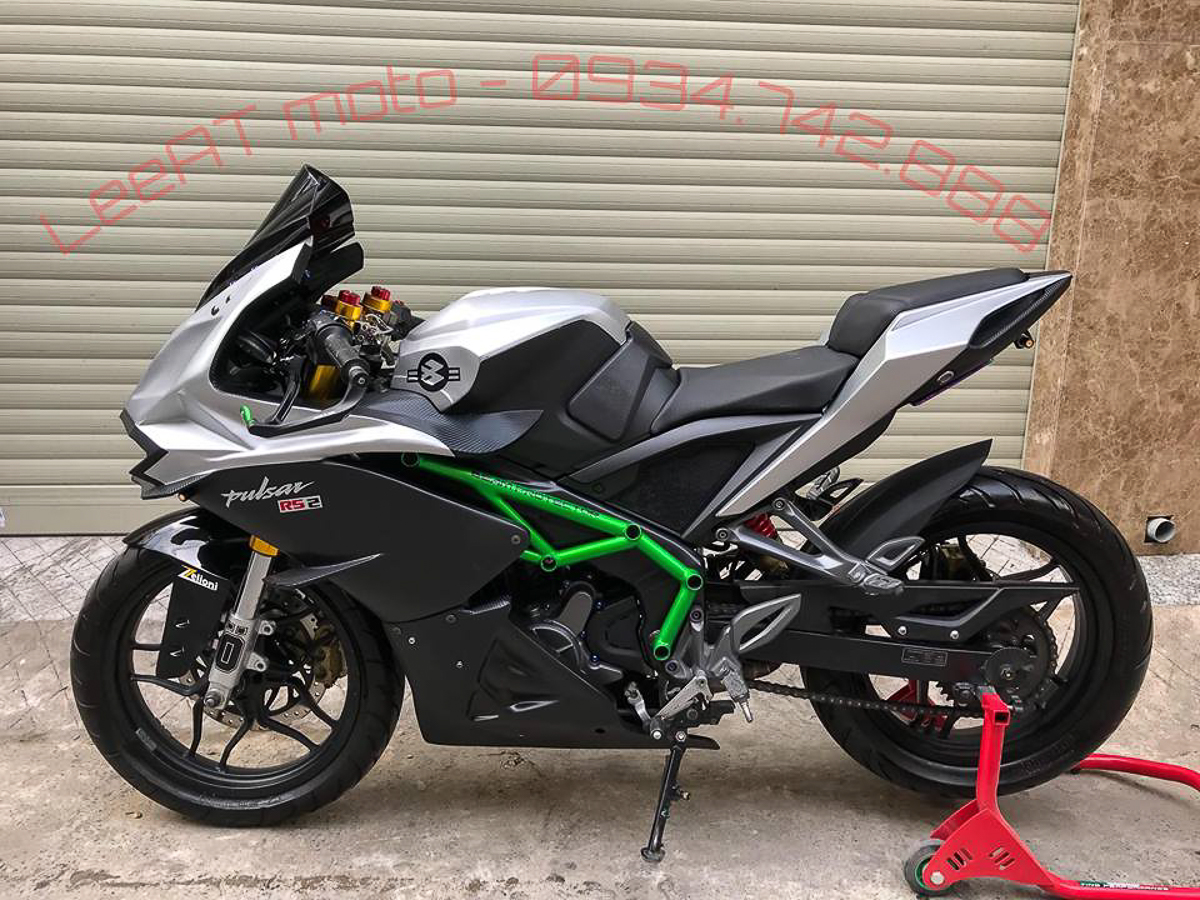 Dubbed the Pulsar RS2, the entire front end has gone through a major makeover which includes a custom fairing fitted with LED and DRL (Daytime Running Lights). To compliment the new addition, the Bajaj Pulsar RS200 H2R is fitted with a pair of Ohlins upside-down forks and a tall windscreen to fit the new and much more aggressive profile. 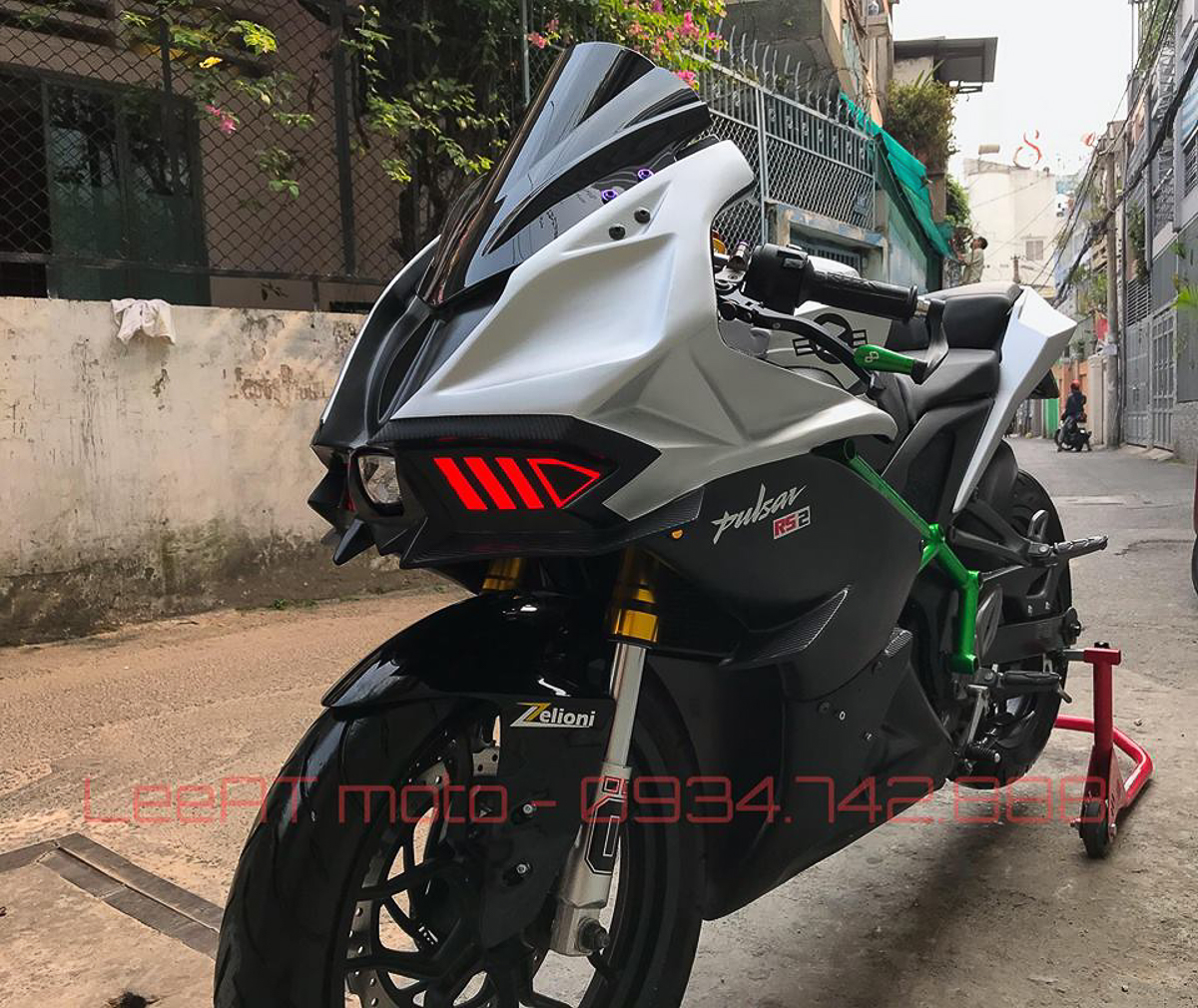 The side profile has been kept relatively stock apart from a faux trellis frame addition to resemble the H2. With a few green accents, the rear end has been tidied up with integrated tail lights. To complete the entire superbike look, an Akrapovic side exhaust has been included to make the bike look even more menacing. 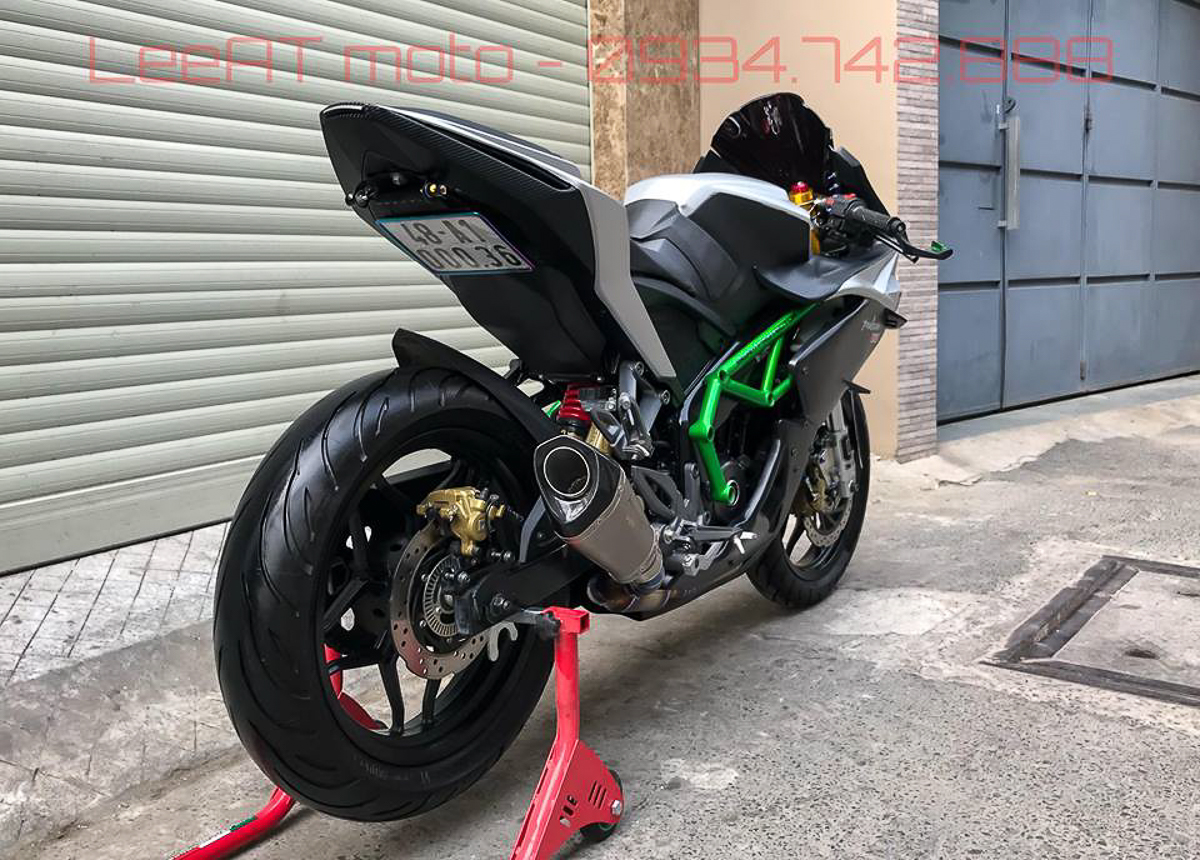 Although this particular custom Bajaj Pulsar RS200 doesn’t really look like the H2, we’re guessing that the builder made this intentional with the idea that it’s more of an inspiration rather than a cheap imitation. 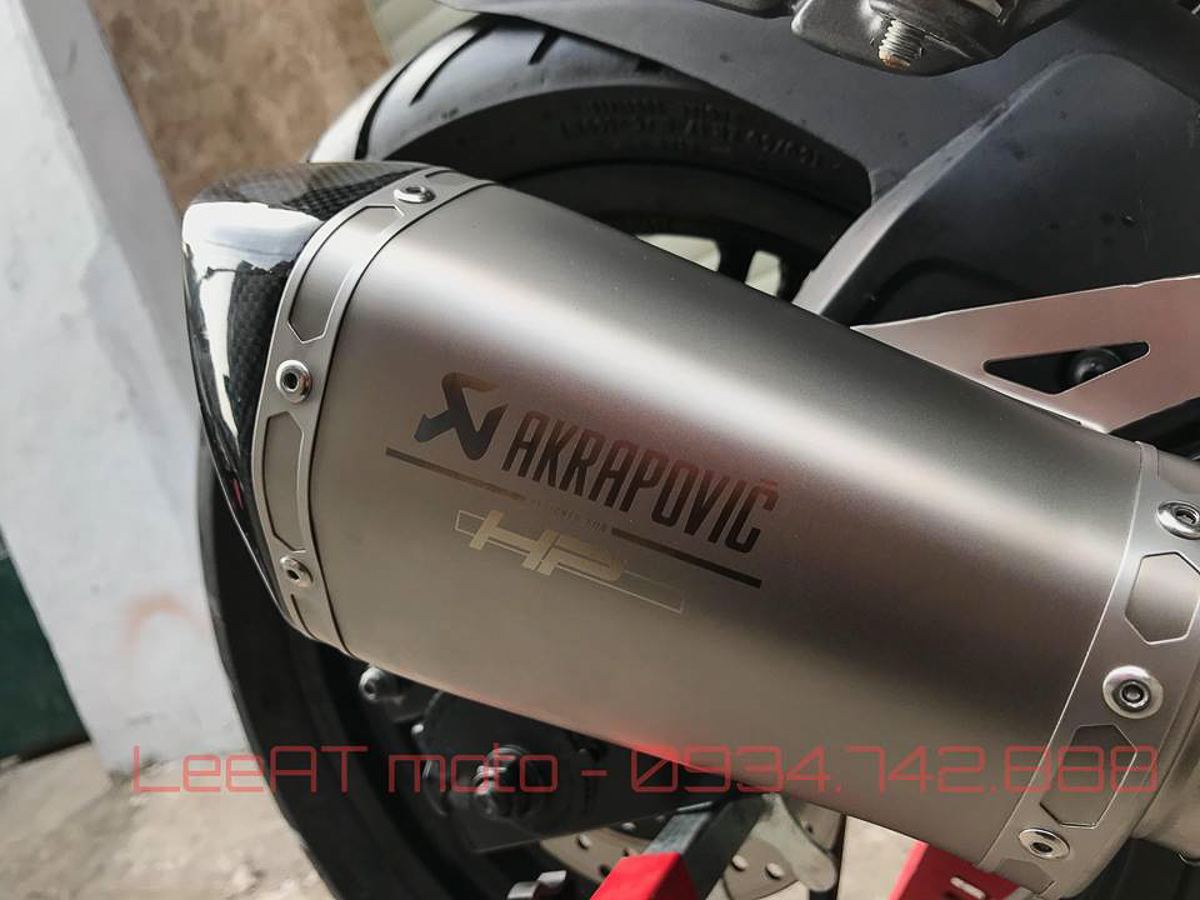 Not bad Vietnam, not bad at all.