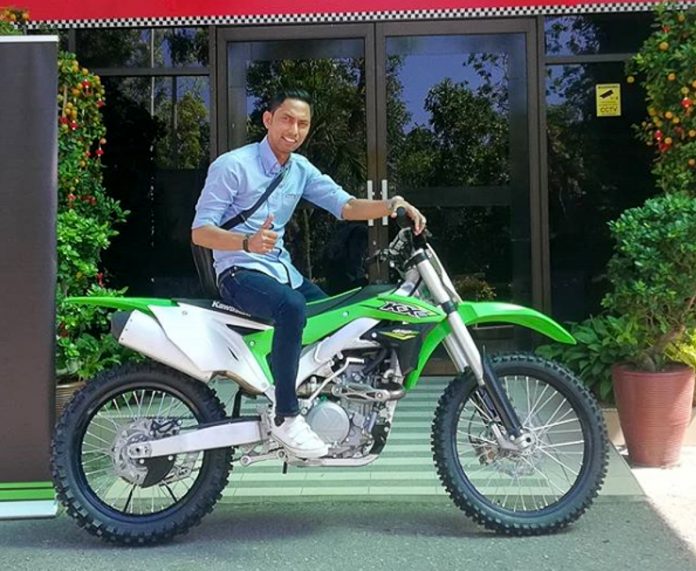 Azlan Shah took home a brand new Kawasaki KX450F today to help with his training for 2018.

The 2017 ARRC (Asia Road Racing Championship) champion is looking to defend his crown this year.

The Kawasaki KX450F is perfect for any rider looking to improve their fitness, endurance and agility. 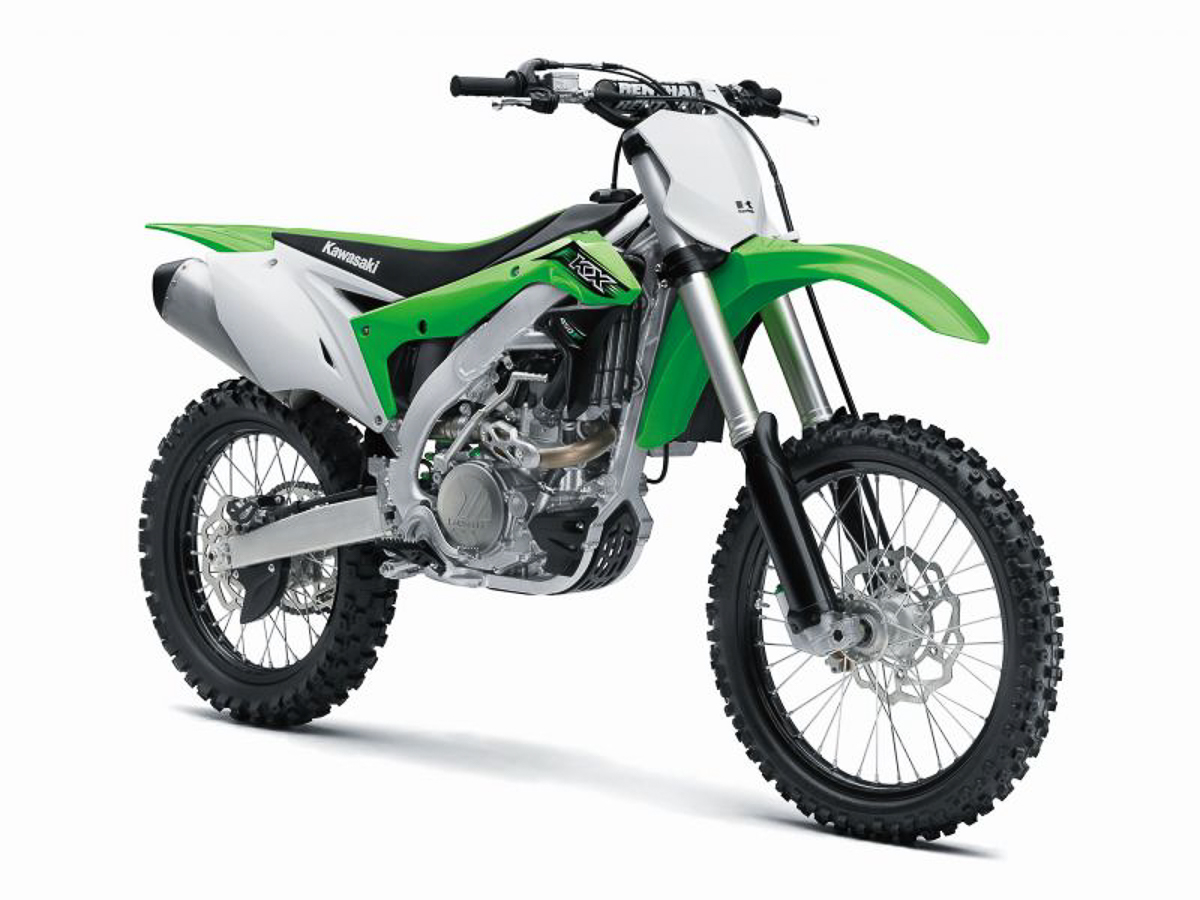 One of our national racing heroes who happens to be the 2017 ARRC (Asia Road Racing Championship) champion that is Azlan Shah Kamaruzaman has ‘adopted’ a new member into his ever-growing bike family in the form of the Kawasaki KX450F. 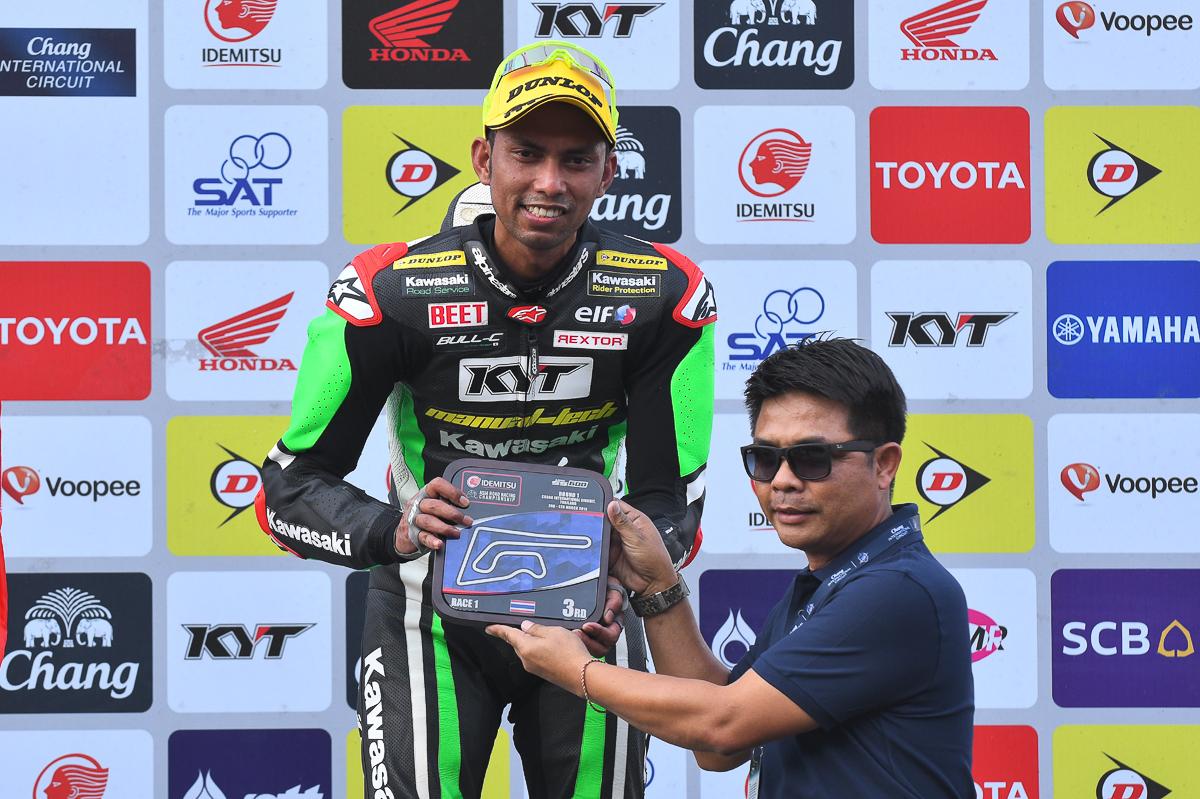 In his latest Instagram post, the 33-year-old rider from Klang announced that he had just taken a brand new Kawasaki KX450F to further improve and elevate his training regime to make sure that he is on top of his game for this year’s racing extravaganza.

Arranged by none other than Kawasaki Motors Malaysia Sdn Bhd (KMSB) together with Kawasaki Heavy Industries, the new Kawasaki KX450F will definitely assist Azlan Shah in his training especially in terms of fitness, endurance as well as agility. 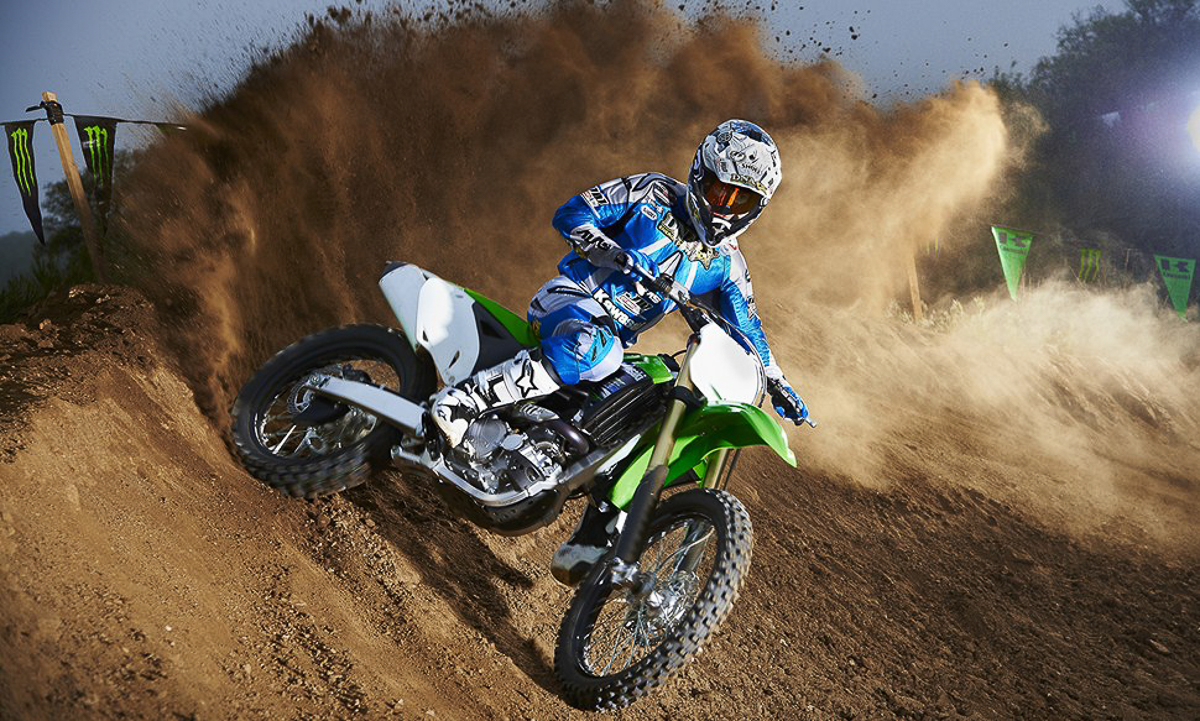 The KX450F is regarded by many as the top performing motorcycle in its class when it comes to its engine and chassis. Fitted with 450cc single-cylinder engine, the KX450F blasts against other rivals with some awesome extras like launch control, high-performance piston, factory race tuning, and selectable ride settings just to name a few. 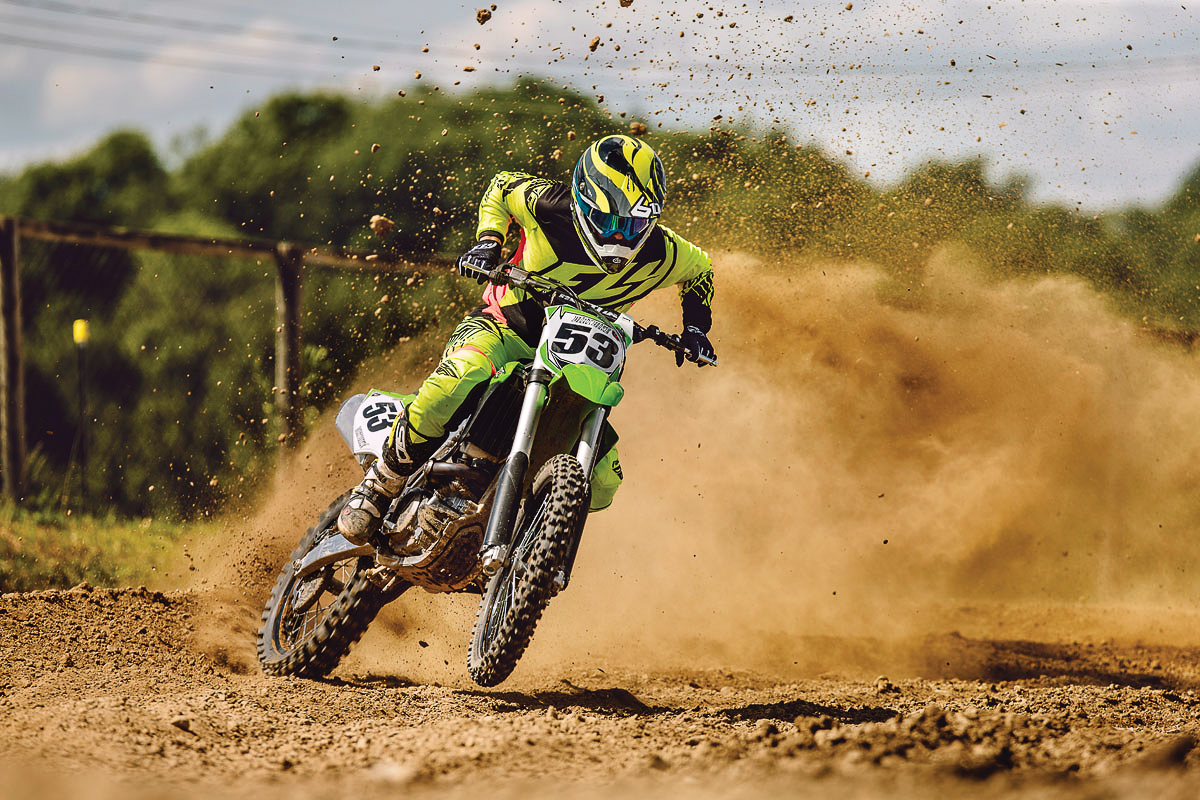 Azlan Shah started off his 2018 campaign with a double podium in the opening round of the 2018 Asia Road Racing Championship. The first race was held at the Chang International Circuit in Buriram, Thailand where the defending champion came in third for both Race 1 and Race 2. This puts him in second overall with just a mere 13 points behind championship leader, Anthony West (Webike IKAZUCHI Racing). 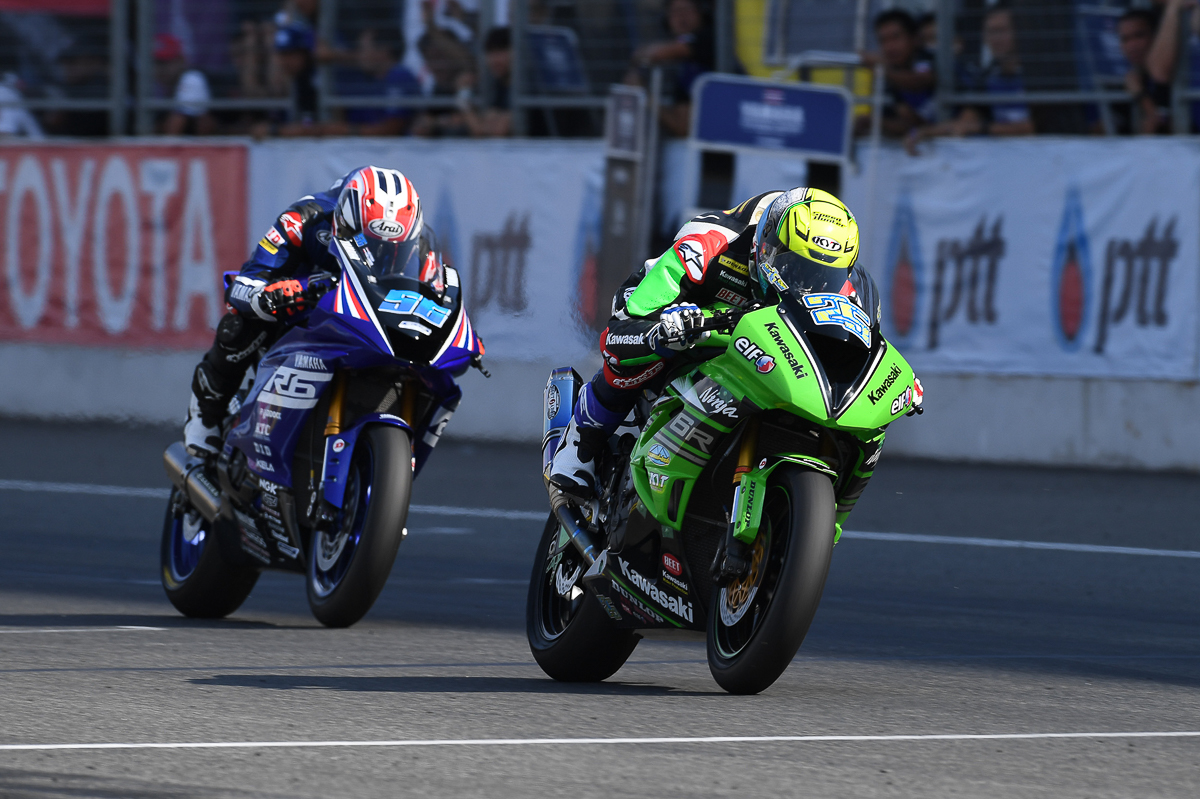 Together with the Manual Tech KYT Kawasaki Racing outfit, Azlan Shah is well on his way to become a back-to-back ARRC champion. Round 2 will kick things off Down Under in Australia at the Bend Motorsports Park circuit from 19 to 22 April 2018. All the best Azlan and #FullGas all the way!