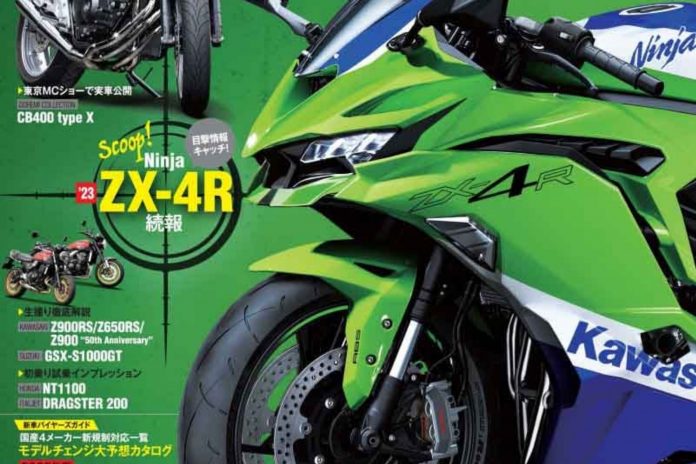 The highly anticipated Kawasaki ZX-4R looks to be on its way, as confirmed by the latest reports.

Talk of a new 400cc inline-four sports bike has been around for quite some time, ever since the introduction of the quarter-litre ZX-25R.

Japanese publication, Young-Machine – known for getting the latest insight for Japanese motorcycles – has made the ZX-4R its latest cover for April with a render that is likely to be close to the final product. 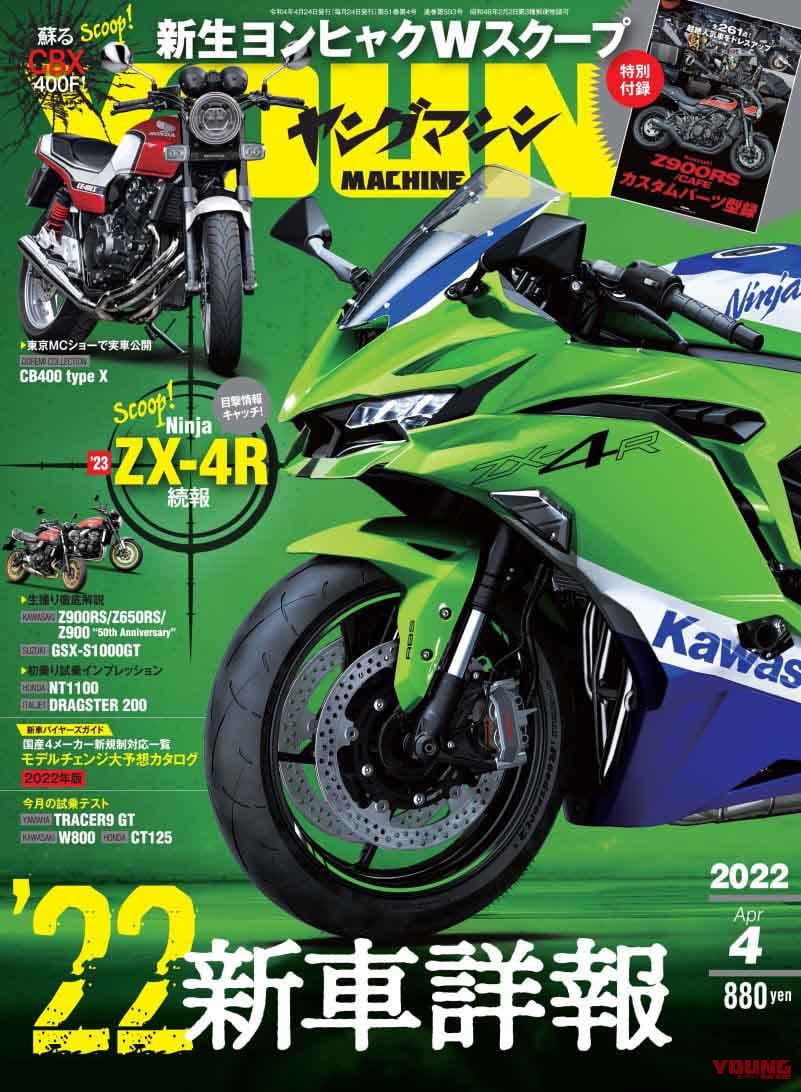 The headline also suggests that Kawasaki is prepping for an official reveal very soon.

While the ZX-4R is somewhat related to the ZX-25R, the former will follow the ZX-10R design, prominently the sunken headlight and the air-duct.

We have yet to secure any information regarding how much power it might produce, but rumours have that it could be around 75hp and above.