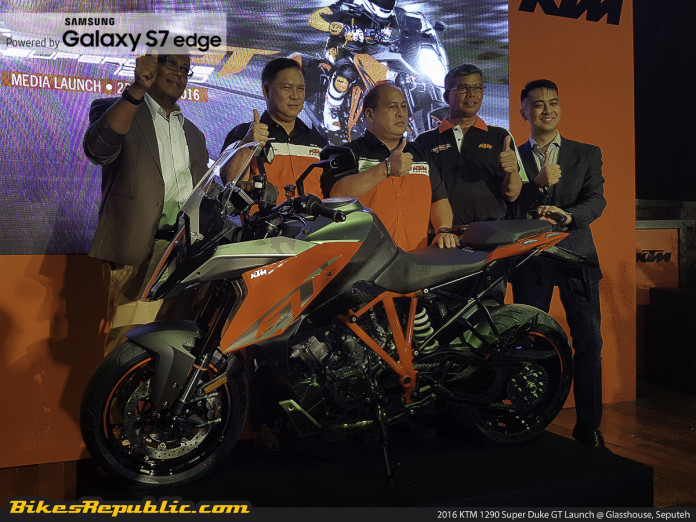 If you’ve followed our previous reports, you’d know by know that KTM Malaysia is re-energising its entire CBU range starting with the Malaysian debut of the KTM 1290 Super Duke GT model. Earlier this evening, the firm did just that and the new sport touring model is priced from RM125,080 (basic price with GST). 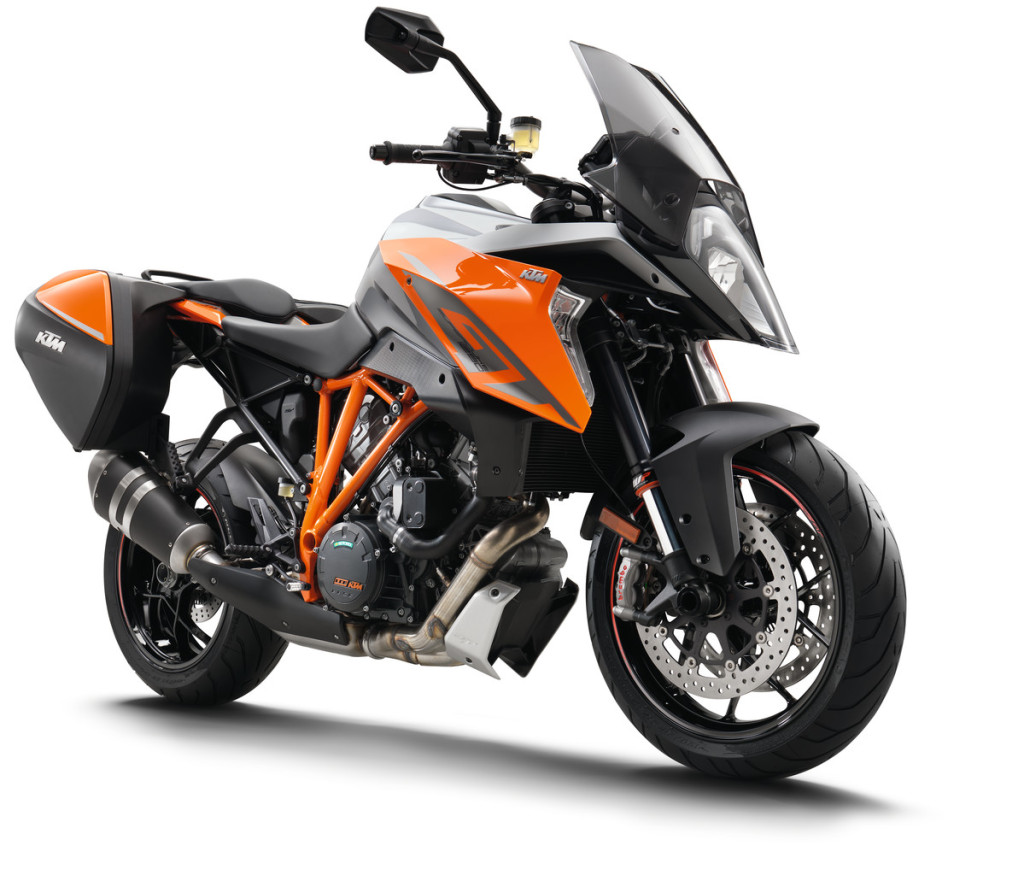 Based on the manic KTM 1290 Super Duke R supernaked, the new KTM 1290 Super Duke GT stands as one of the fastest V-twin-powered sport touring machines currently available in the market. More importantly, it stands as the fabled Austrian marque’s first ever creation in this segment as well. 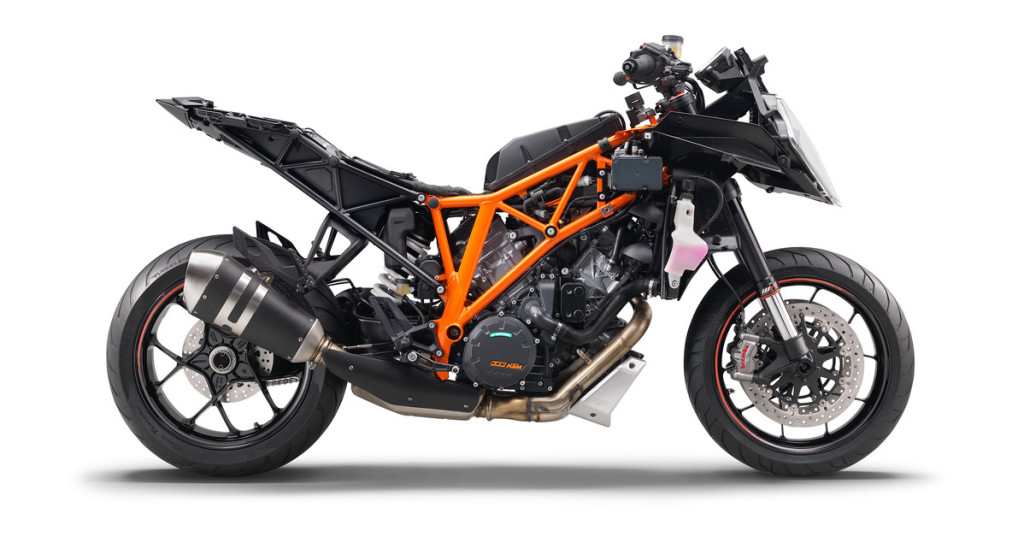 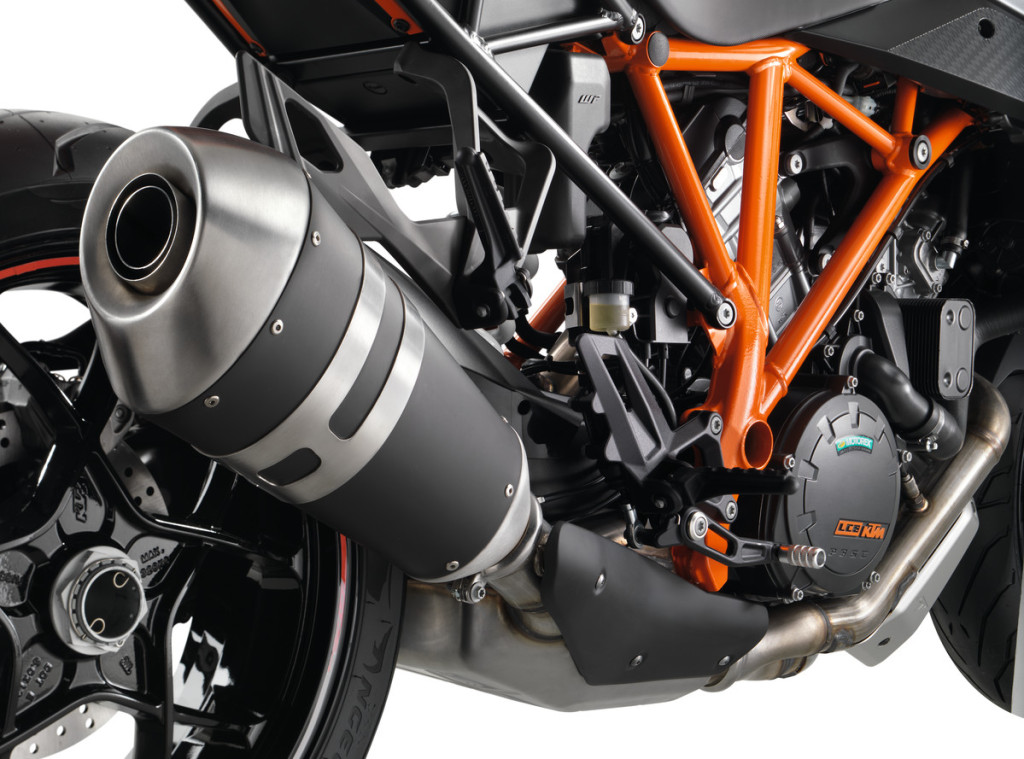 Of course, the centrepiece of the 1290 Super Duke GT is its LC8 1,301cc DOHC 75-degree V-twin engine lifted from the 1290 Super Duke R supernaked. The package outputs 173hp @ 9,500rpm and peak torque of 144Nm @ 6,750rpm in GT form, all of which being managed by a six-speed transmission primed with a quickshifter and chain final drive setup.

Besides that, the KTM 1290 Super Duke GT is also primed with a pair of Brembo 320mm floating disc brakes up front grabbed by quad-piston calipers whilst the rear gets a 240mm single disc paired with dual-piston calipers. 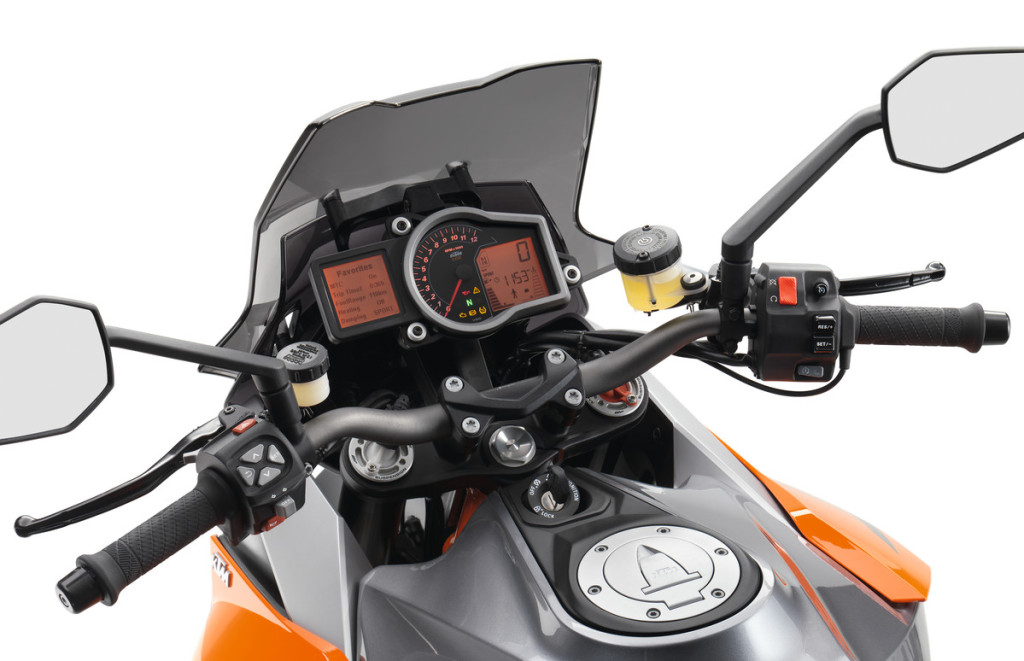 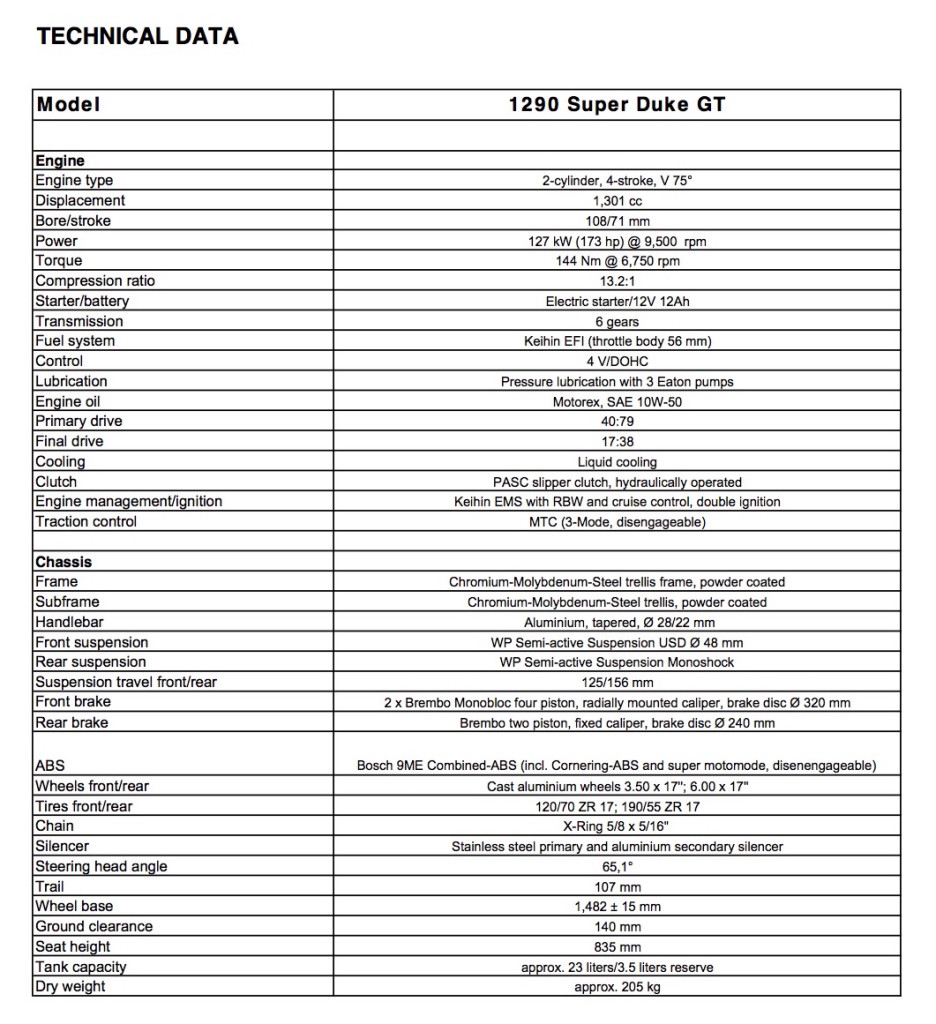 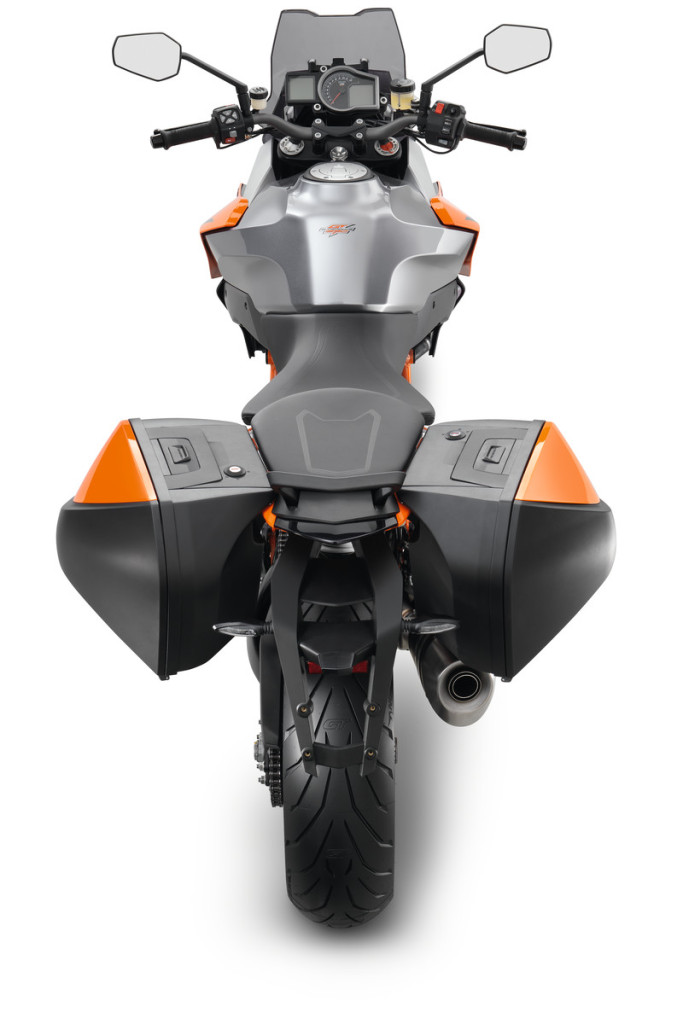 As mentioned at the start, the fully imported (CBU) KTM 1290 Super Duke GT carries a basic retail price of RM125,080 (basic price with GST). The model is now on sale through authorised KTM dealers nationwide. 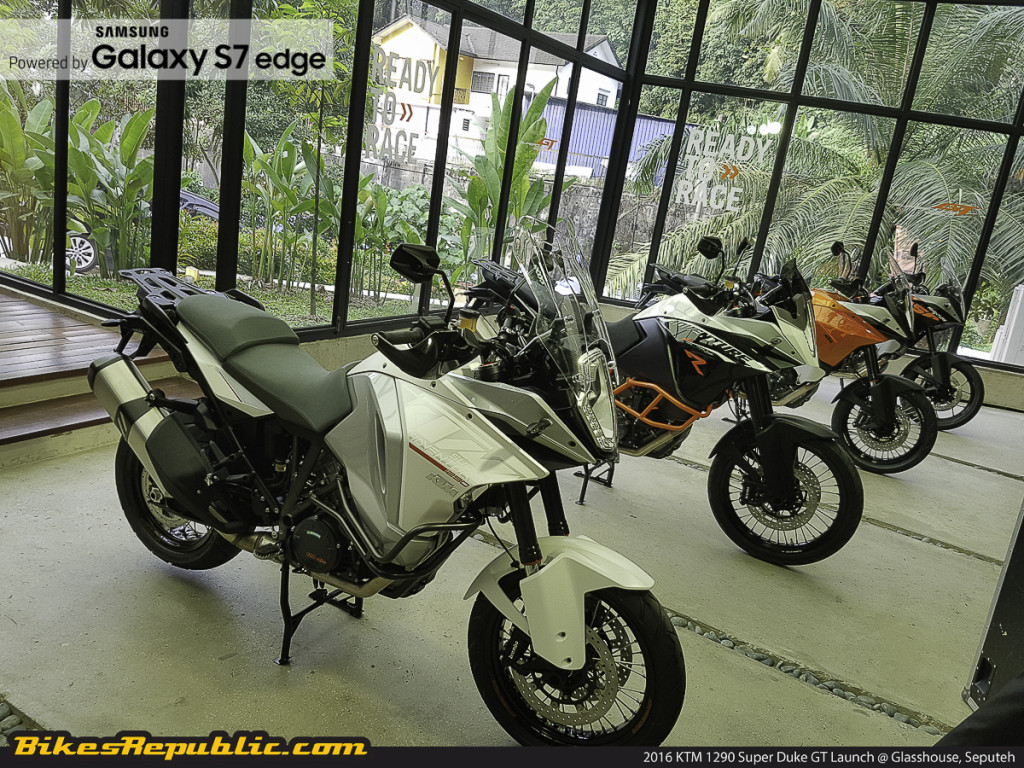