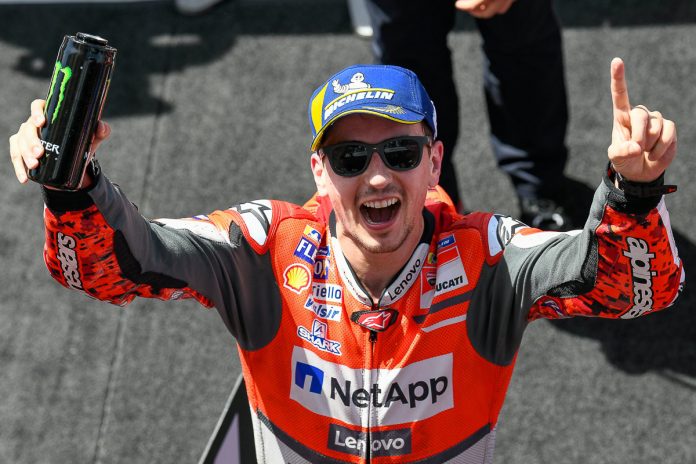 After weeks of speculation and rumours about the future of Jorge Lorenzo, the hammer has dropped and it is officially official, the triple motogp world champion will be joining the Honda MotoGP works team.

While Malaysians slept, the wheels of negotiation were turning through the night and though this was supposedly done before Lorenzo secured his first win with Ducati, it seems like the Japanese manufacturer has secured the services of Lorenzo for at least two years.

Just hours after announcing that Pedrosa will be dropped from the team for 2019, the news bout Lorenzo joining Honda broke. And though Honda has not officially announced it as yet, but sources out of Europe are confirming it as true. The agreement between rider and team is reported to be at about 4 million Euros a year.

There are also rumours that Lorenzo was not the first choice for the team, but as other top riders like Johan Marco, Andrea Dovizioso and even Joan Mir of Moto2 all signing for other teams, the choice was obvious. The only other top rider that was available was Lorenzo and the choice was clear.

Earlier rumours about Lorenzo signing for a satellite Yamaha team in 2019 were supposedly true, read our report here, but no current team has been firmed up as a satellite Yamaha team for 2019. The project was backed by Petronas and Monster, and again reports suggest that the team could still happen, probably lead by Marc VDS Honda’s Franco Morbidelli.

More news as it develops.