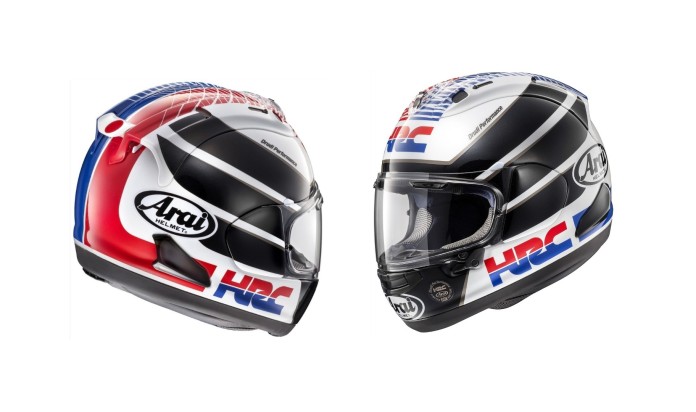 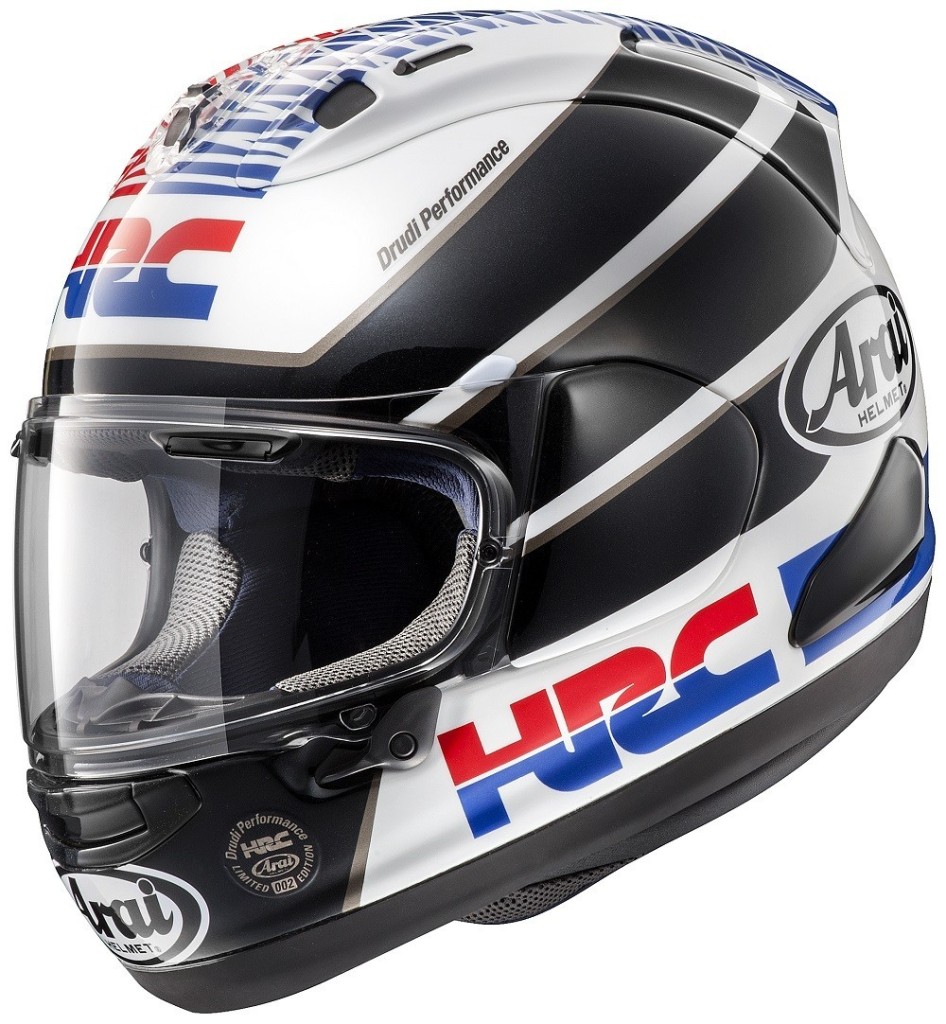 If you didn’t know, Arai and the mighty red wing marque have a standing agreement that allows the former to use the latter’s Honda Racing Corporation (HRC) logo in its products. Suffice to say, the Arai RX-7V HRC Limited Edition won’t be sitting in shelves for too long.

Adding a special touch to this lid is yet another collaboration with designer Aldo Drudi of the famed Drudi Performance design. Drudi has given this special edition RX-7V with yet another eye-catching and distinct livery design that Honda and HRC fans can appreciate. 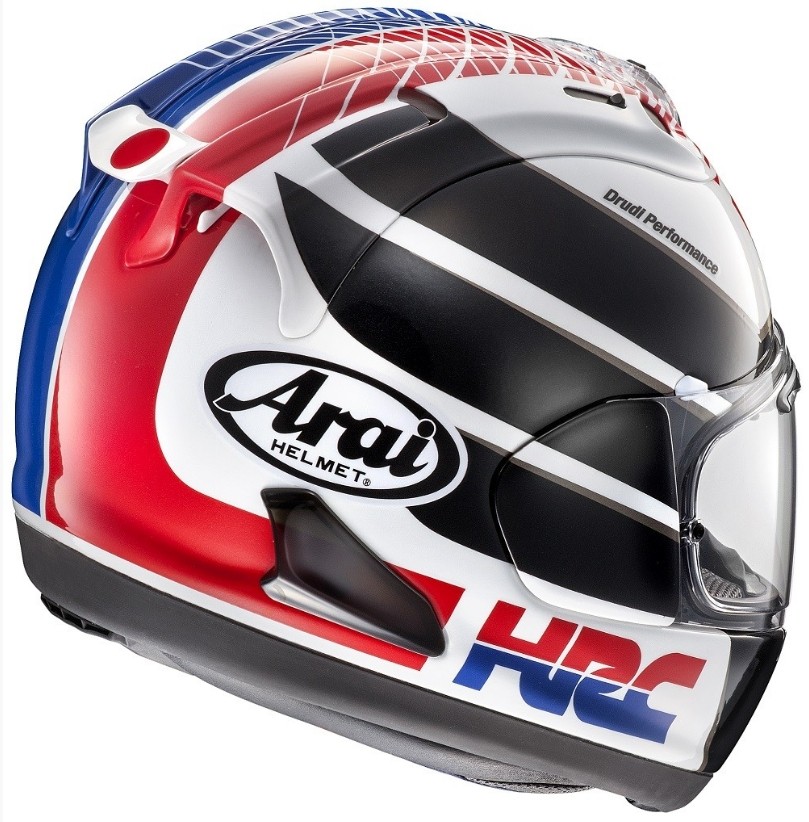 The design features the signature Honda wing runs from the ends of the visor slot towards the back of the head. Besides the HRC logo donned on both sides and the forehead, the racing division’s colours are also donned on the lid’s rear whilst the Arai logo has been repositioned on the chin piece as well.

There’s also a serial number on the chin bar in these photos. However, this will not be in the final product as it was reportedly used in these promotional photos to further highlight the helmet’s exclusivity as a limited edition product.

Reports also indicate that European Arai merchants aren’t stocking up with this helmet as the firm has opened it up for pre-orders instead. UK-based sources report that pre-order prices for the Arai RX-7V HRC Limited Edition stand at £650, which roughly equates to RM3,778.57 for each unit.