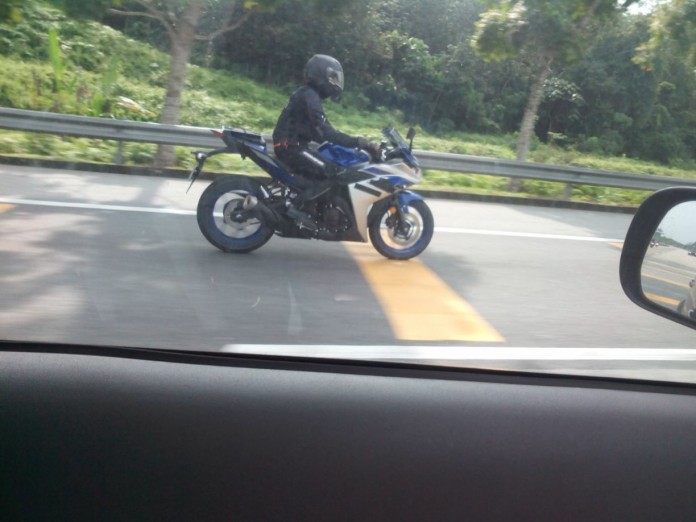 Recently we did an article about ten bikes we can look forward to in 2015. In that article we mentioned that we might get the Yamaha R25 in Malaysia.

Well guess what? We might be seeing it soon as just a few hours ago a friend of BikesRepublic, spotted and captured a picture of what looks like the Yamaha R25 being tested on the road.

According to MaztaGee, he saw three bikes with different colour scheames, white and blue combo like in the picture, white and red combo and a black unit.

The bikes were on the Guthrie Corridoor Expressway heading to Shah Alam.

The R25 is powered by a liquid cooled, 250cc parallel-twin engine generating about 36hp and 22.6 Nm of torque.

Currently being assembled in Indonesia, it was launched there last year where the bike orders quickly exceeded supply in less then 24hours of its launch.

More info as it comes, so keep on tuning into Bikes Republic.