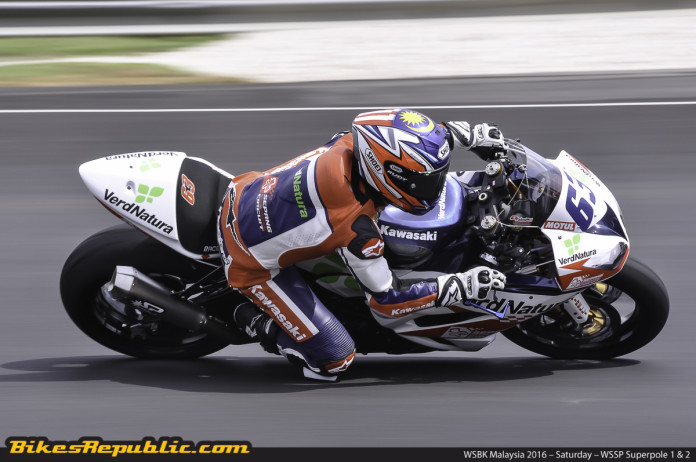 The excitement for WSBK Malaysia 2016 is heating up especially for local fans after national rider Zulfahmi Khairuddin qualified strongly in fifth place ahead of Sunday’s race in the Sepang International Circuit.

Zulfahmi has already shown his strong pace on home soil yesterday during the Free Practice sessions, most notable being his outing during the wet second session that secured his slot for today’s WSSP Superpole 2 session. 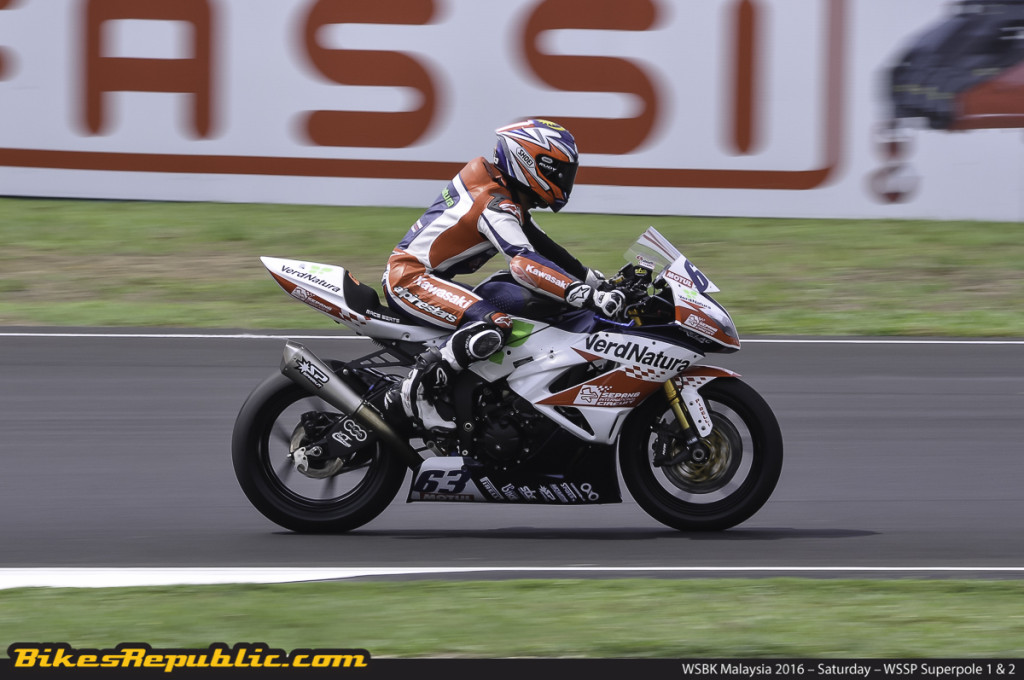 With confidence running high, especially in the newly resurfaced and re-profiled Sepang Circuit, Fahmi again was on top form during Superpole 2 held this afternoon. His best time of 2:08.475 astride the Orelac Racing VerdNatura Kawasaki ZX-6R granted Fahmi with his second row starting position for tomorrow’s race.

Leading the WSSP pack is the Kawasaki Puccetti Racing ZX-6R duo of Kenan Sofuoglu in pole position and Randy Krummanacher in second. Turkish rider Kenan led the day’s timing board with his fastest time of 2:08.055 whilst Krummenacher took second with his best time of 2:08.155. Briton Gino Rea lines up third astride the GR Racing Team MV Agusta F3675.

The supporting WSSP race is scheduled to take place tomorrow on Sunday at 2:20pm local time. 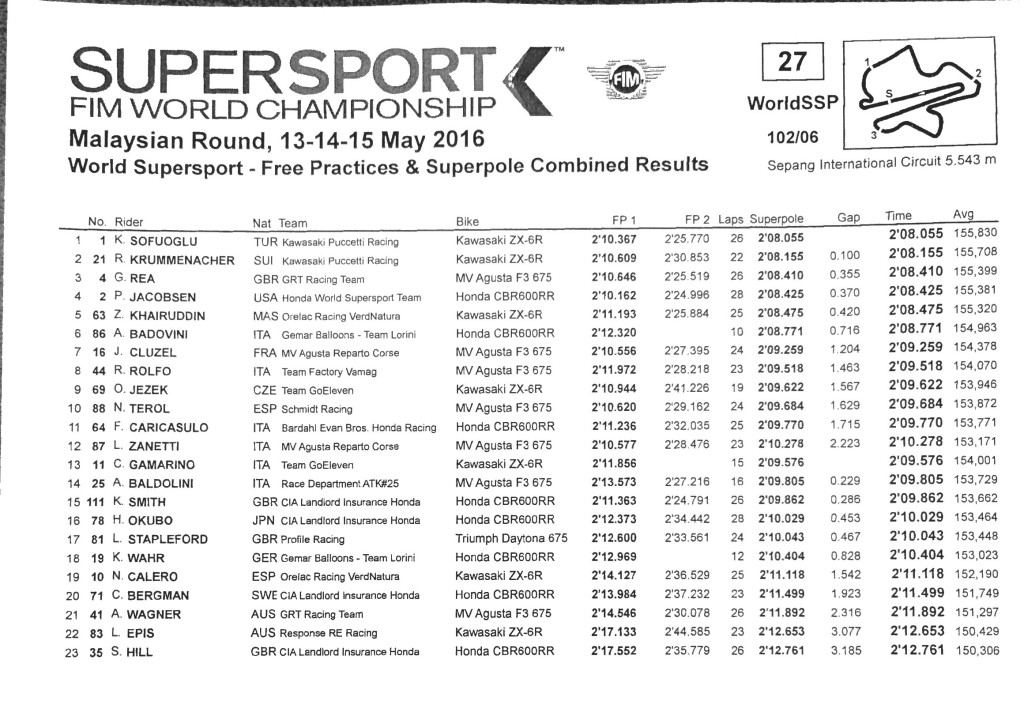 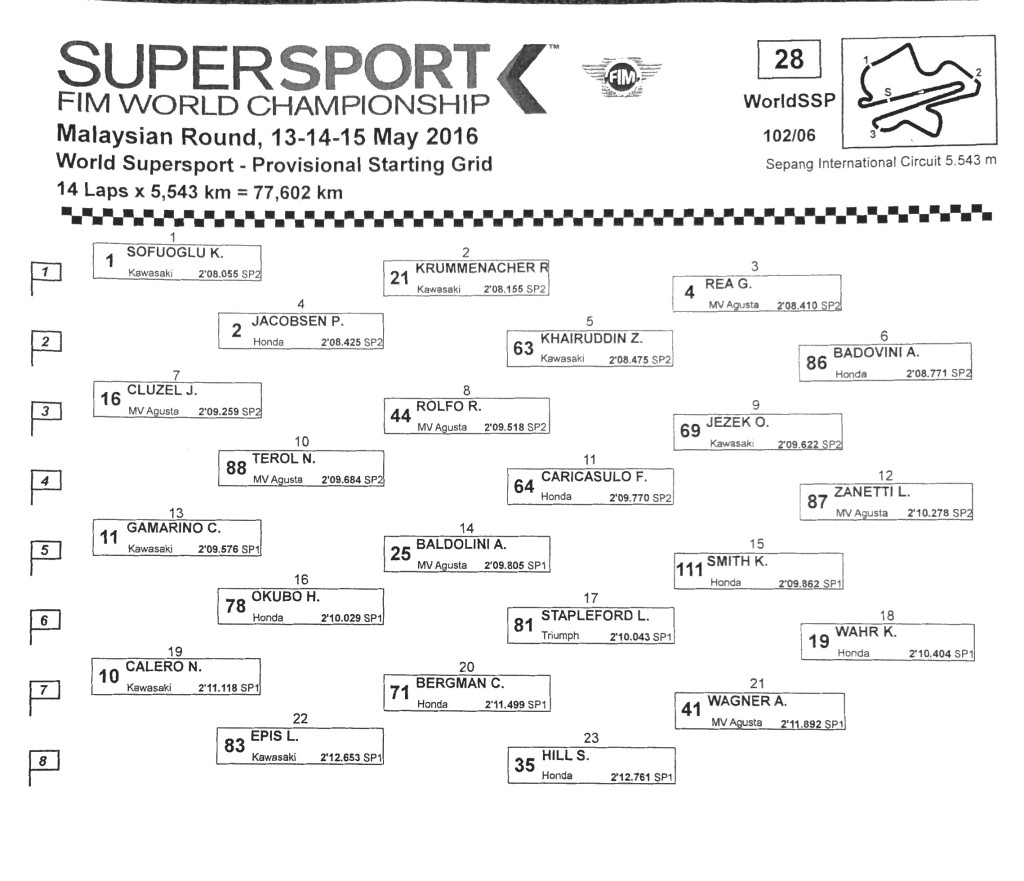