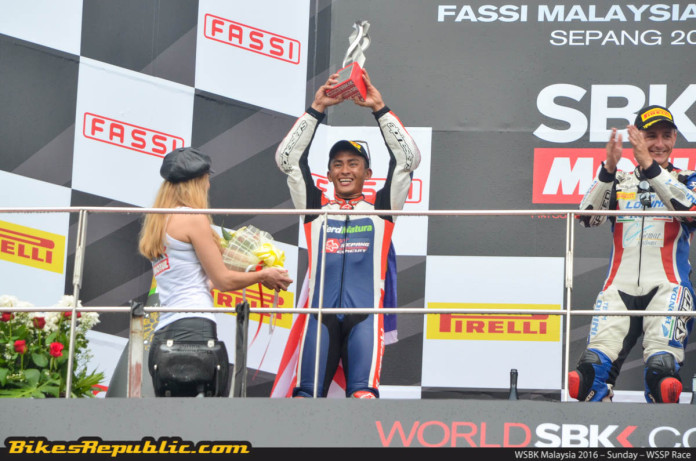 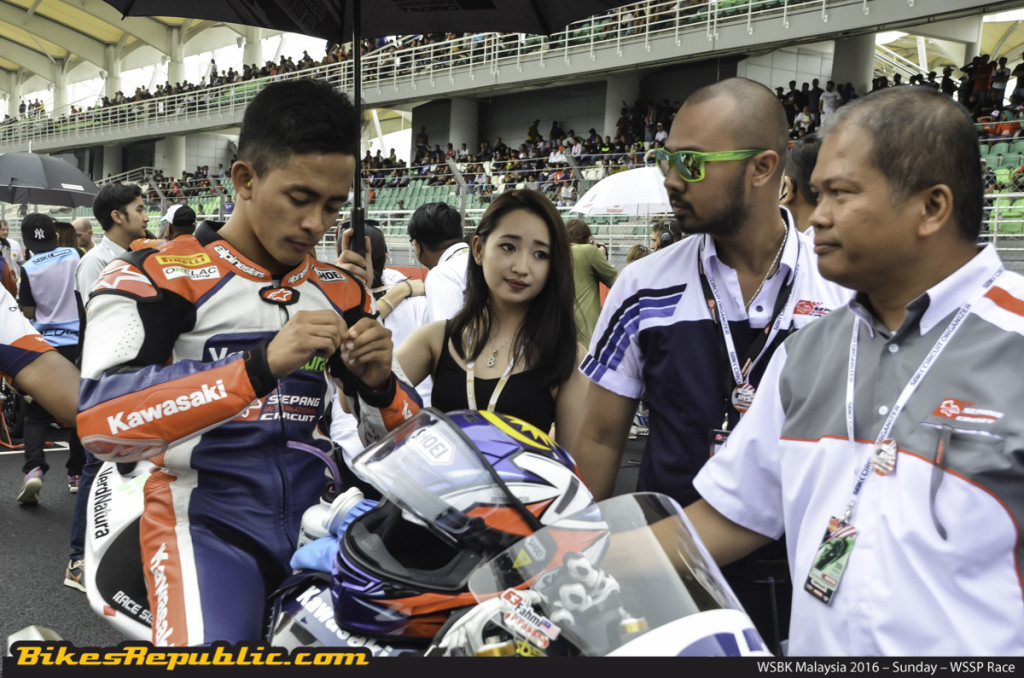 A rainstorm may have rolled in and delayed the scheduled World Supersport Championship (WSSP) race today, but it did little in stopping national rider Zufahmi Khairuddin from shining when the race got underway as part of WSBK Malaysia 2016. 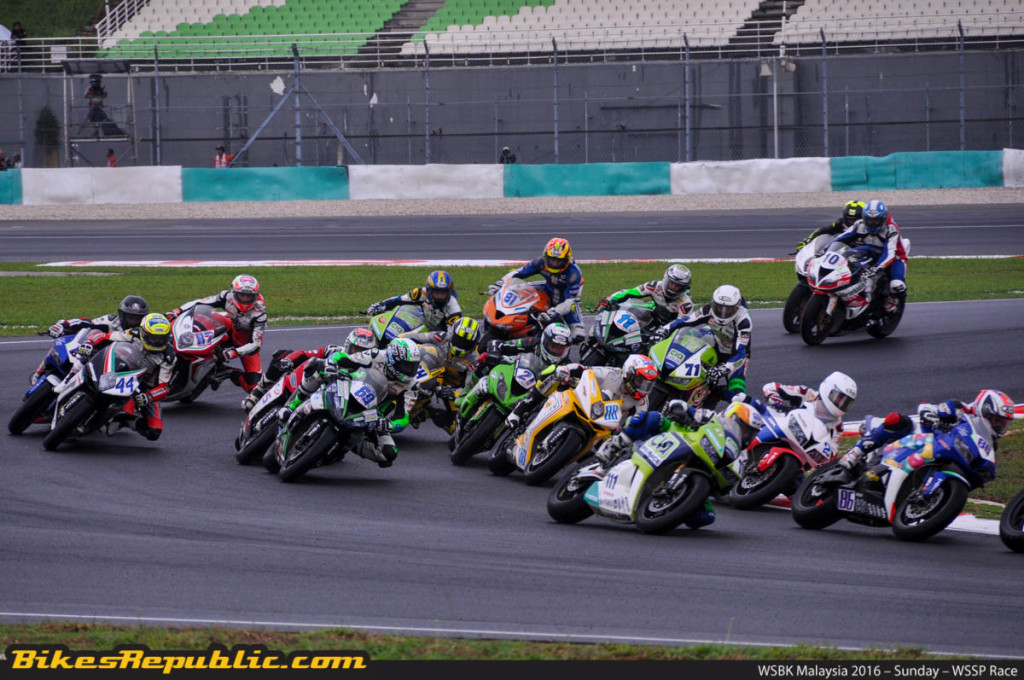 Astride the Orelac Racing VerdNatura Kawasaki ZX-6R, Fahmi made full use of his second row starting position after qualifying fifth on the grid. As the lights went out to start the 14-lap sprint race, it didn’t take long for the Banting native to show his true potential.

Despite the wet conditions of the Sepang International Circuit (SIC), Fahmi seized the initiative and picked his way up the order to take the race lead by the second lap. From then on, Fahmi commanded the race right up until Lap 11 when Italian rider Ayrton Badovini came in to battle him. 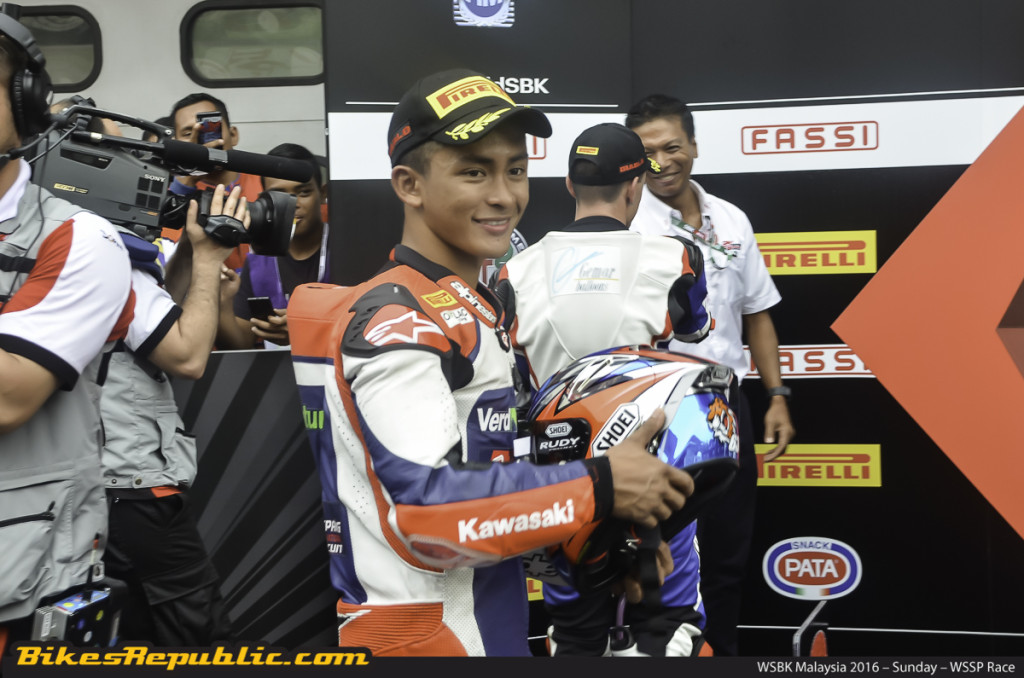 Astride the German Balloons – Team Lorini Honda CBR600RR, the duel between Badovini and Fahmi lasted right until the final lap right and into the final corner – Sepang’s newly re-profiled and technically challenging Turn 15.

Despite his mad dash coming out of Turn 15 to chase Badovini, the latter Italian claimed the race win eventually but Fahmi was a mere 0.050 seconds behind him in second. British rider Gino Rea astride the GRT Racing Team MV Agusta F3 675 finished 0.980 seconds behind the Italian in third. 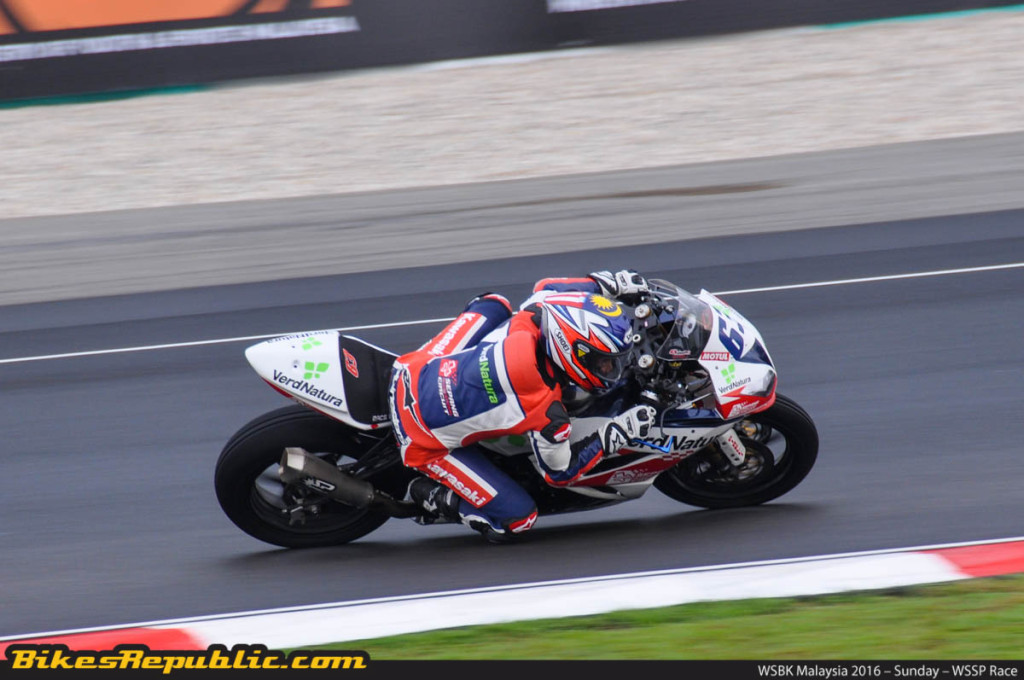 Though he lost the battle to Badovini, Fahmi’s spirits remained high. He received a very warm welcome in parc ferme to the cheers of not just the many spectators in the grandstands, but also from circuit officials, marshals and WSBK officials that lined up to receive him.

Few things also made today an even sweeter affair for Fahmi. This being his rookie season of WSSP, Fahmi has already scored his first podium in the class today after just five rounds of competition with Malaysia being the series’ sixth round. His previous best came in Thailand where he finished in a respectable seventh place. 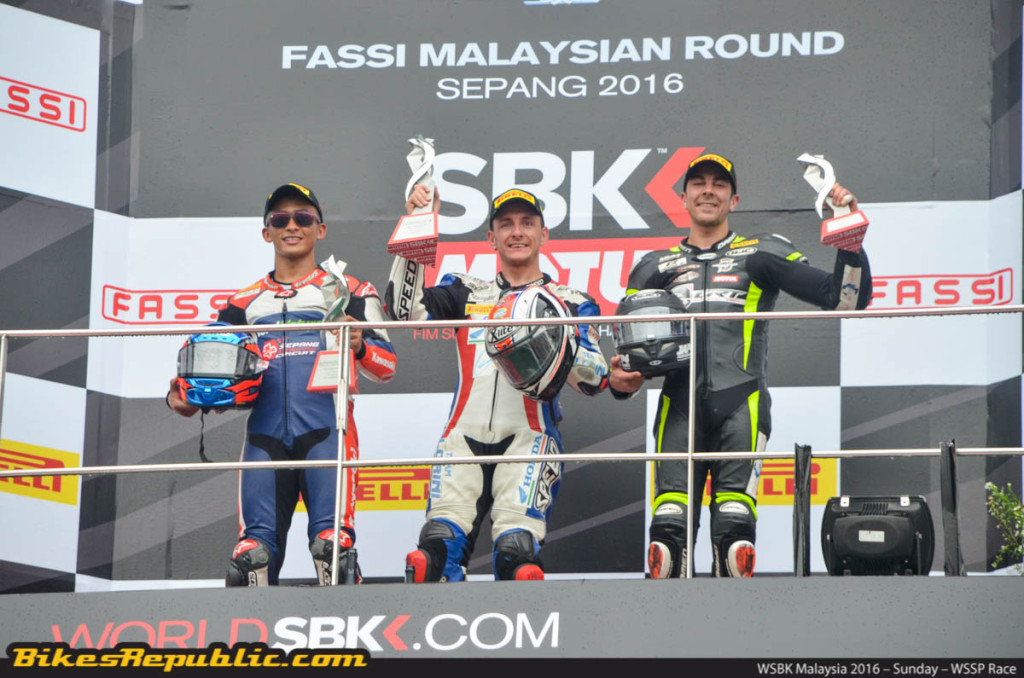 Adding to that is the fact that Fahmi has become the first Malaysian rider yet again to score a podium finish at his home race, this time in the WSSP category. And lets not forget his little brother, Ahmad Idham Khairuddin, who also did spectacularly in the supporting Shell Advance Asia Talent Cup race held earilier.

Furthermore, Fahmi also collected 20 valuable championship points in Sepang today, thus raising his season’s total up to 40. With that, Fahmi has elevated his ranking in the WSSP championship standings from 14th up to 10th too. 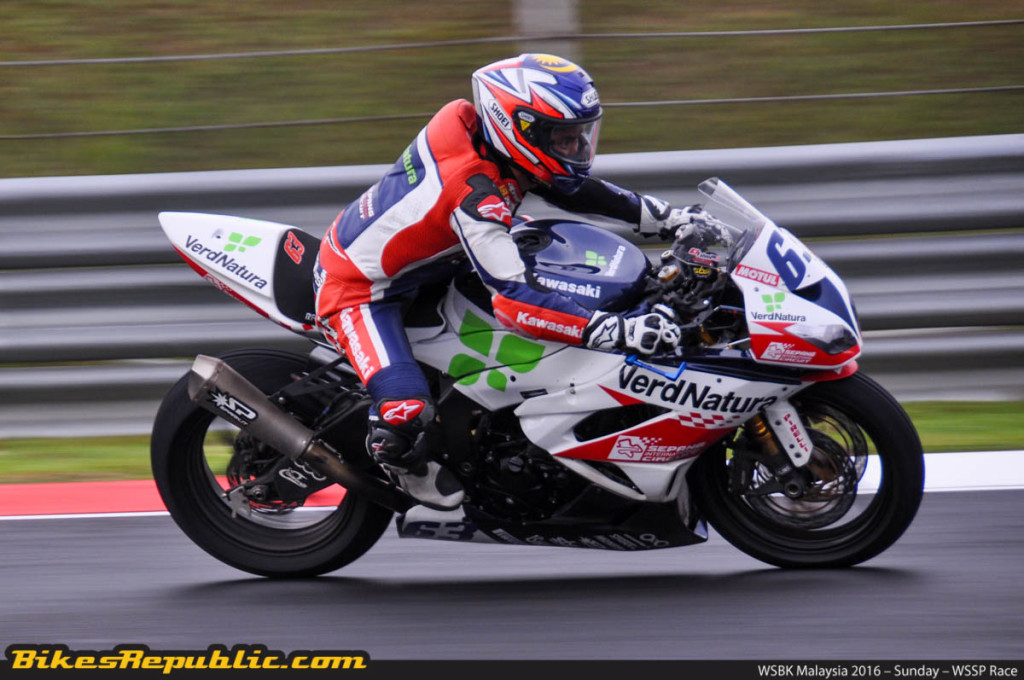 Suffice to say, the switch from Moto3 to WSSP is paying off well for the Banting native, and we wouldn’t be surprised to see the national rider charting more results in the coming races of the 2016 WSSP season. 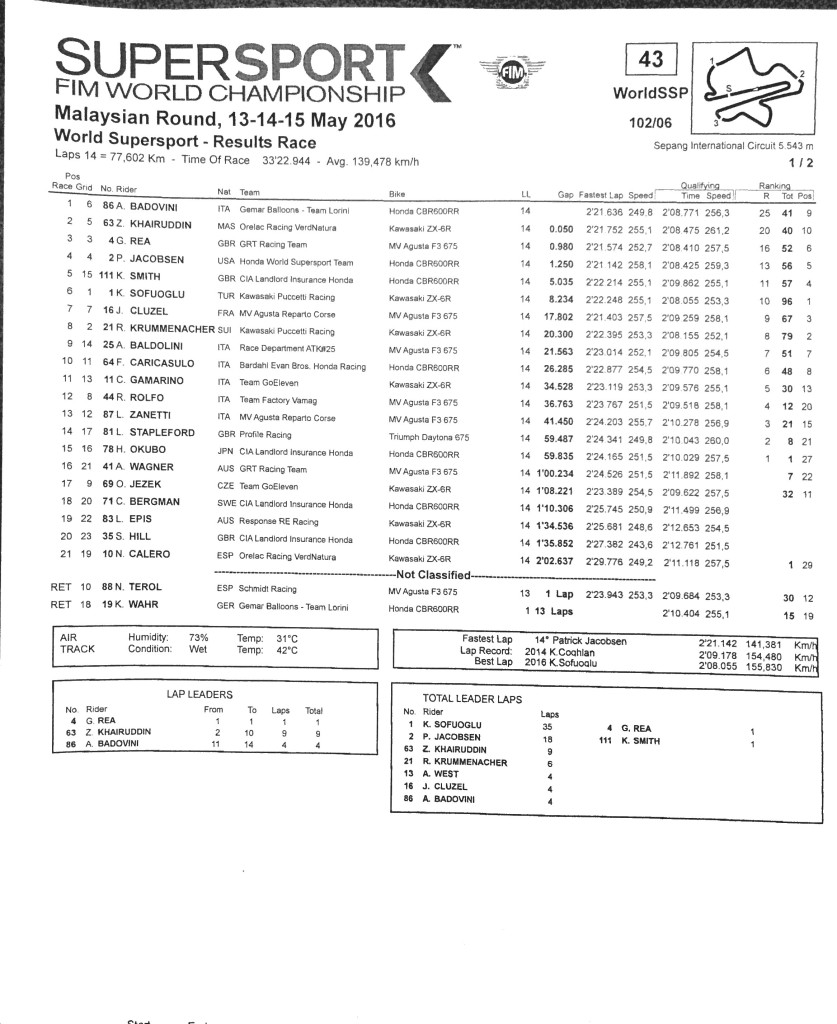