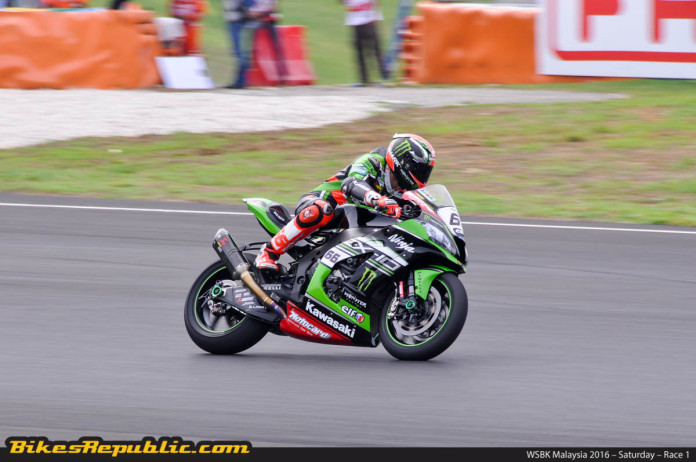 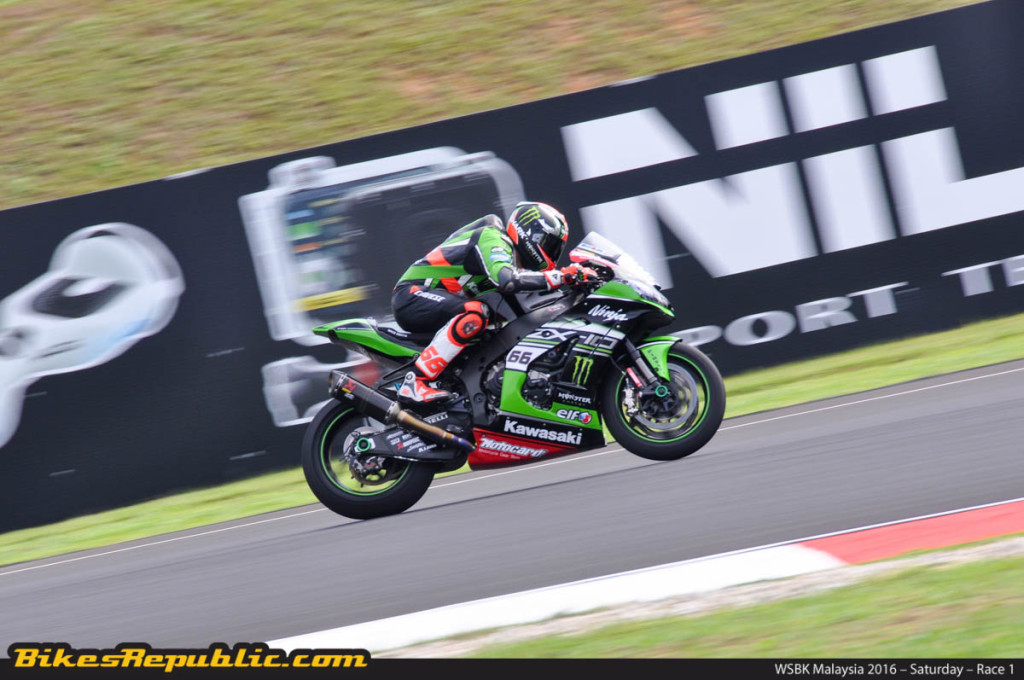 Astride the Kawasaki Racing Team ZX-10R, Sykes’ victory comes just after his record-setting pole position qualifying run during the Superpole sessions held earlier in the day. 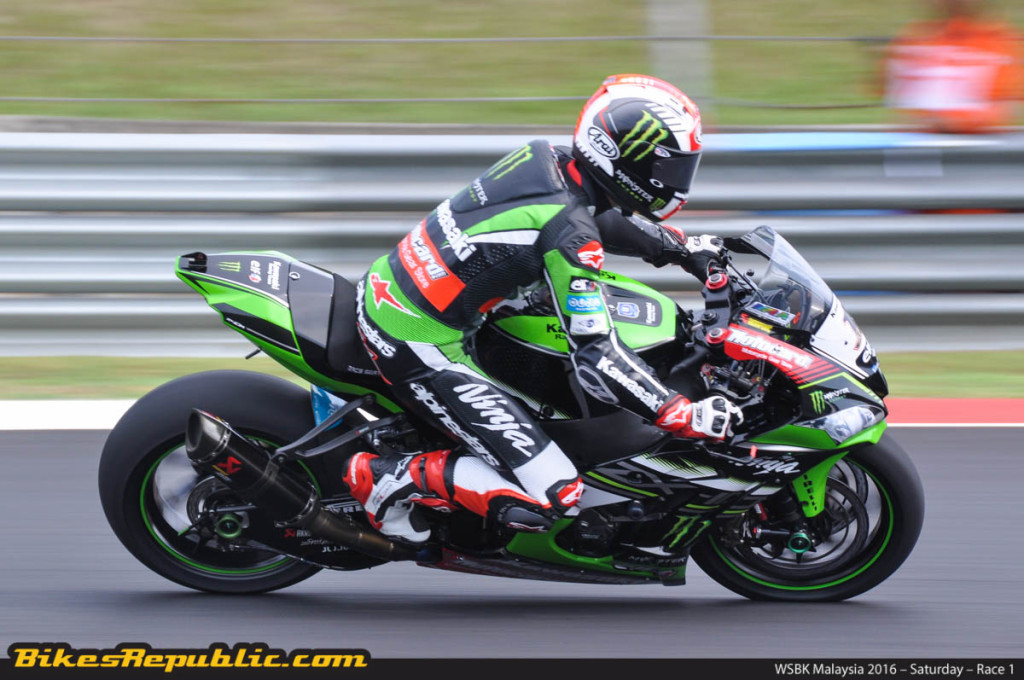 Sykes held a commanding lead in the 16-lap sprint race ahead of teammate and current WSBK championship leader Jonathan Rea who finished second. Again, despite racing on identical Kawasaki ZX-10Rs, Rea simply didn’t have the pace to catch Sykes, finishing the race 5.600 seconds behind his winning teammate. 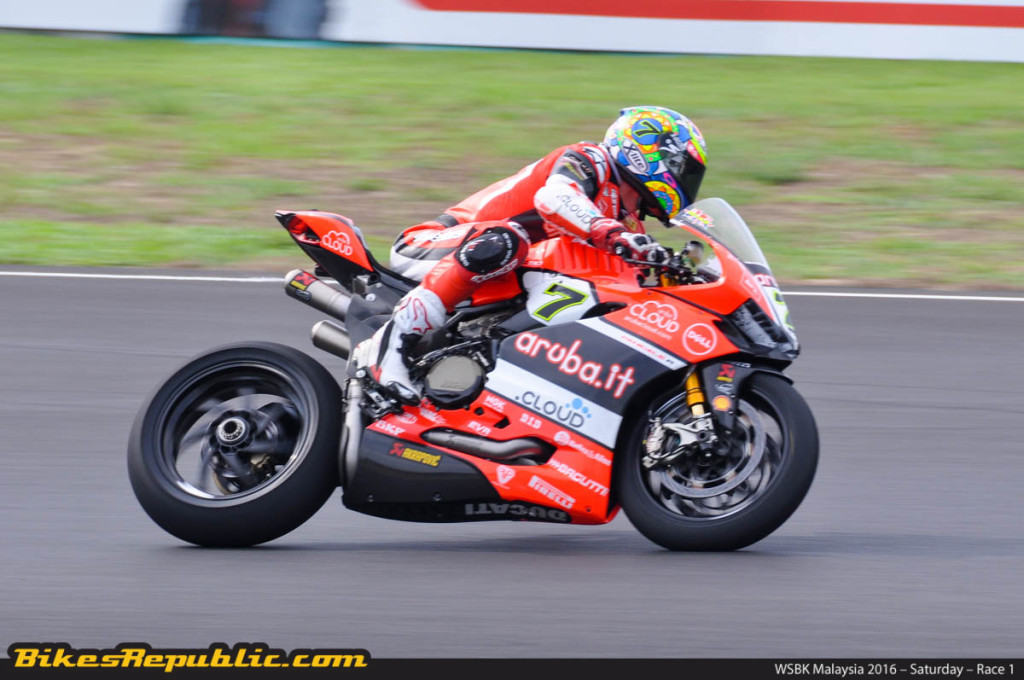 Aruba.it Racing – Ducati’s Chaz Davies completed the all-British podium lockdown as he finished third. This was a well-deserved result for Davies following his struggles to master Ducati Panigale R around the newly resurfaced Sepang track. In the Superpole sessions held earlier, the Ducati rider could only manage to qualify fifth on the grid. 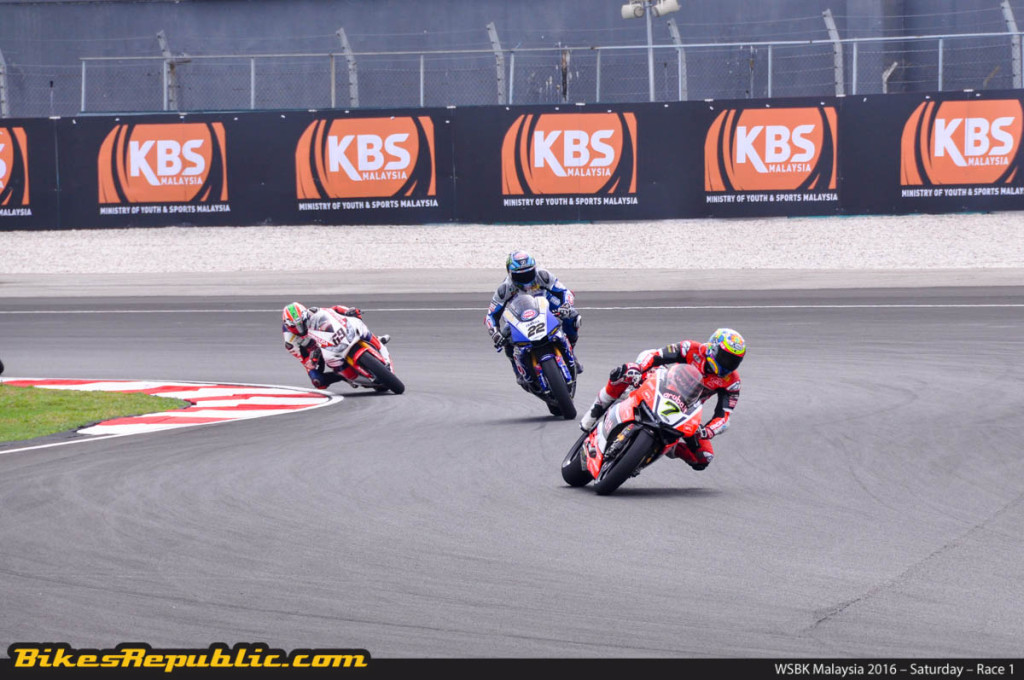 Even during the 16-lap race, Davies faced stiff competition from Spaniard Jordi Torres astride the Althea BMW Racing Team S1000RR and fellow Brit Alex Lowes who started from second on the grid astride the Pata Yamaha Official WorldSBK Team YZF-R1. 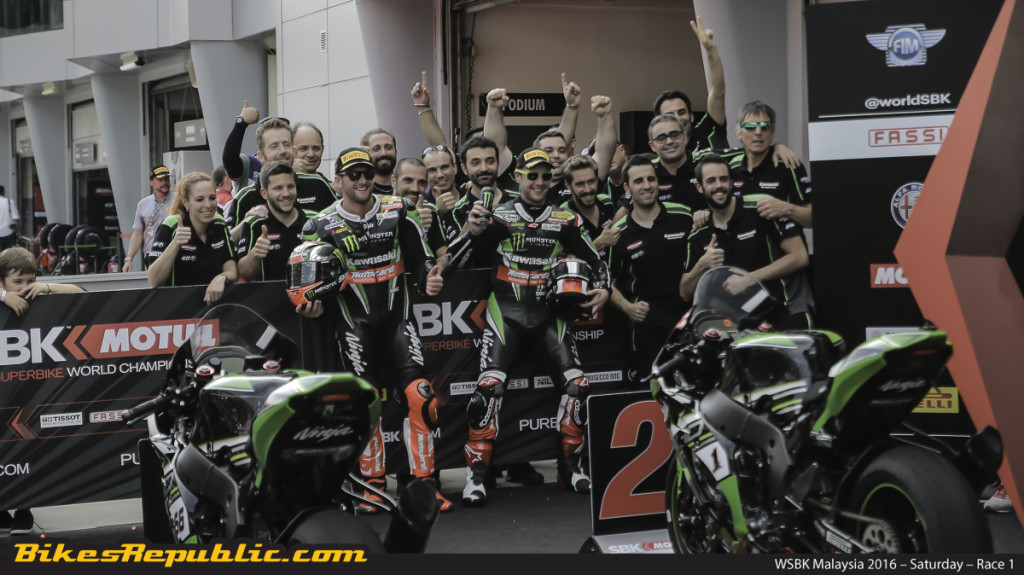 Having collected 25 valuable championship points with his win today, Tom Sykes sits third in the standings with his total score of 179 points so far. Teammate Jonathan Rea still leads the standings with 241 points after collecting 20 points today whilst Aruba.it Racing – Ducati’s Chaz Davies splits the two in second place after collecting 16 points today to bring his total score up to 202 points.

With Race 1 concluded, all attention now focuses on Race 2 scheduled to take place tomorrow on Sunday at 4pm local time. 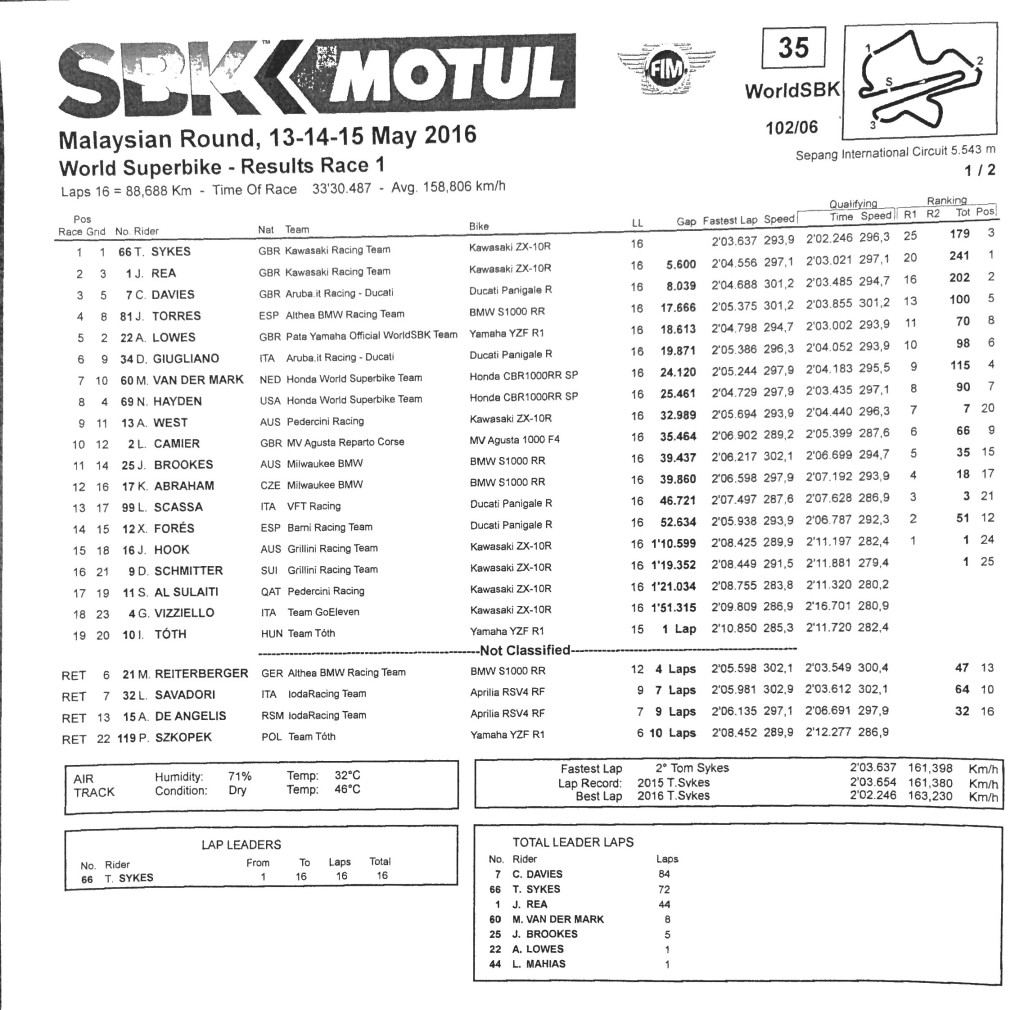