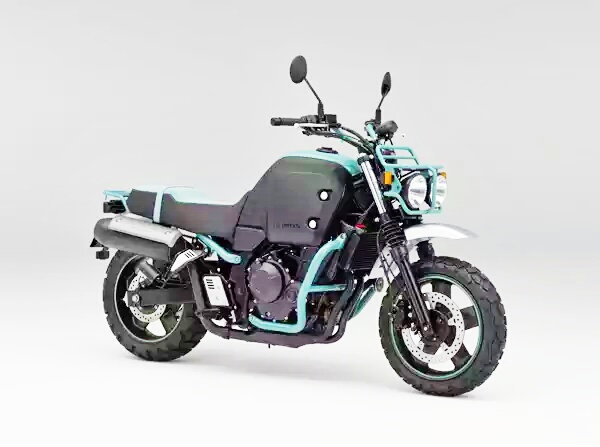 Honda today unveiled the world premiere of the BULLDOG as an exhibition model (concept model) at the 31st Osaka Motorcycle Show 2015.

It looks like as if the Ruckus and the CTX had went into the barn together. The resulting outcome is something gloriously ugly that it becomes adorable in some way. Just like its name.

According to Honda, the BULLDOG promotes a new world of leisure with motorcycles.

They developed the model with the concept of “Lovable Touring Partner,” and is designed to go beyond the boundaries of conventional leisure motorcycles, to actively enjoy outdoor life.

The BULLDOG’s 15-inch wide-tires and low center-of-gravity results in a 730mm seat height which gives riders new or experienced, a solid footing whenever they put their foot down.

The bike is powered by a liquid-cooled 4-stroke DOHC inline 2-cylinder 400cc engine for a powerful, yet easy to handle output characteristics.

The BULLDOG is equipped with a carrier suitable for camping-touring, and features accessory storage on the sides of the fuel tank, which also act as a styling feature.

Though the bike maybe a concept model now but it looks like a lot of thought had been put into it, so dont be surprised if it gets to production stage. 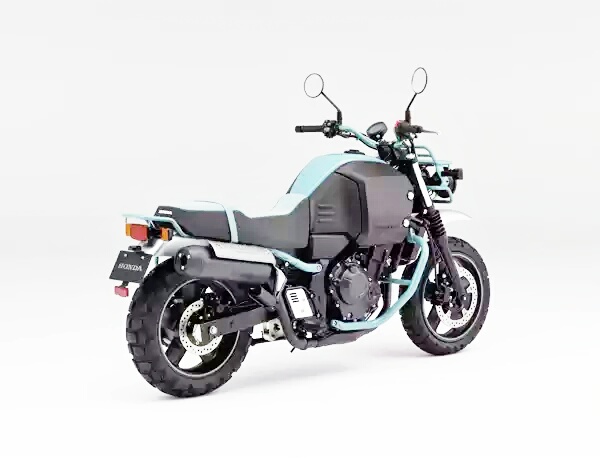