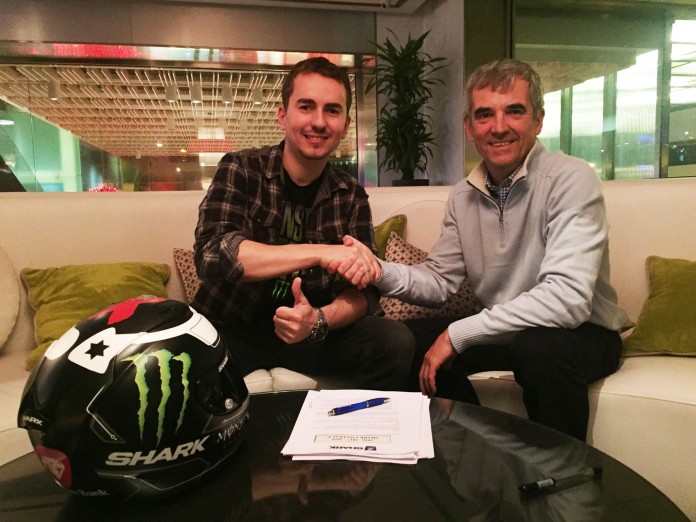 A closer look into Jorge Lorenzo’s recent change of helmet sponsors from HJC to Shark.

By now, we are sure you have already heard of reigning MotoGP world champion Jorge Lorenzo and his new three-year deal with Shark Helmets of France. The Spaniard has ended his affair with his previous sponsor, HJC, after what seemed like a turbulent year for the two in 2015. The switch will likely leave a lasting impact on all three parties as a result, and here are some of the explanations as to why it happened and what it may lead up to.

First, the business end of things. Taking off our fan boy hats, it is easy to see that top-flight racing such as MotoGP is big business. Teams strive to secure the best sponsorship deals to fund their racing campaigns whilst some brands, as well as some of the sport’s top-flight riders and personalities, also opt to secure personal sponsorship and endorsement deals.

Either way, both acts are healthy to the sport as it contributes necessary funding to team and rider to pursue their racing campaigns. In turn, the brands responsible for these sponsorship deals get plenty in return for their investment, which costs million of Euros for some. 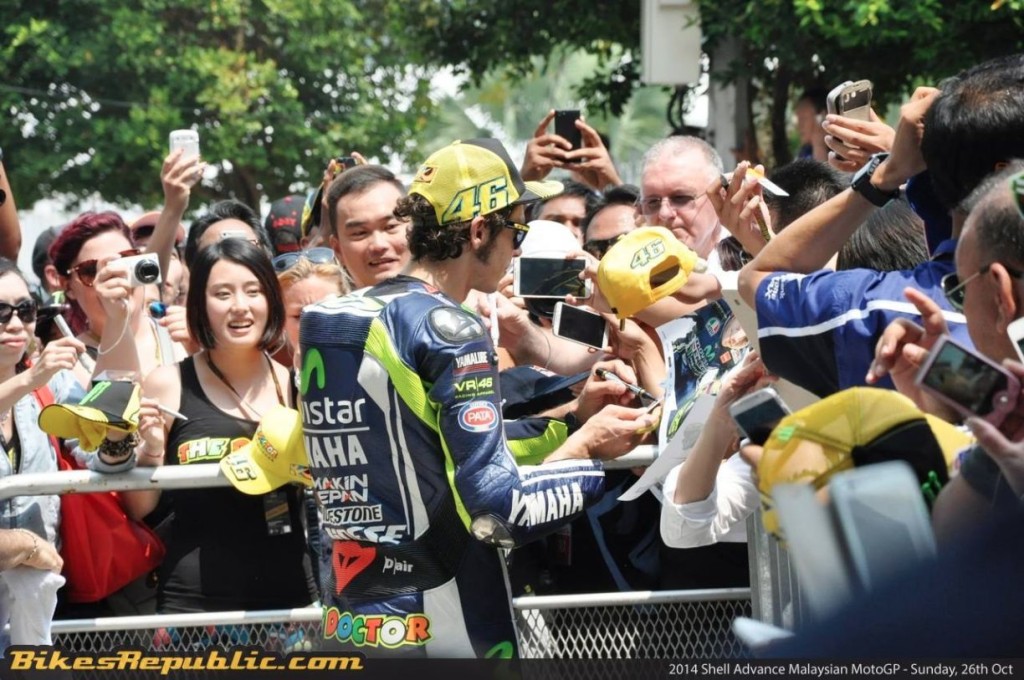 Examples of this in MotoGP are abundant to say the least. Amongst which include the personal sponsorship deals for apparels brand Dainese and helmet makers AGV with superstar rider Valentino Rossi, leading oil company Shell and its ‘technical partnership’ with the Ducati Corse team, as well as Austrian energy drinks giant Red Bull and its vast sponsorship deals across all classes, most notable of which being its efforts through the Red Bull KTM Ajo Moto3 team and their personal sponsorship deals with Repsol Honda MotoGP riders Marc Marquez and Dani Pedrosa as well.

In the case of reigning world champion Jorge Lorenzo and Korean helmet maker HJC, the initial deal struck between the two was supposed to be a harmonious one. But of course, even multi-million Euro deals are susceptible to a breakdown as proven by the inevitable fall-out between Lorenzo and HJC during the 2015 season.

Two high-profile incidents stand out the most, the first of which being the 2015 season-opening Qatar GP, followed by the British GP weekend that came later in the season. In Qatar, Lorenzo’s helmet suffered a malfunction when the top part of the inner lining foam came loose and dropped, subsequently blocking his field of vision, naturally impeding his performance. Lorenzo later went to the extent of saying that the helmet cost him a potential race win.

The next incident came during the British GP when Lorenzo again suffered an issue when the helmet fogged up under the weekend’s wet and cold conditions. Lorenzo again went public with the issue, and despite HJC’s best efforts to downplay it, the damage was done permanently there and then.

While it may seem downright unprofessional of Lorenzo to go public against his personal sponsor, he is after all coming from a sound place. Lets not forget that the reigning world champion is a top-flight athlete with very specific and high-level requirements when it comes to his gear. Amplifying that further is the high-risk nature of motorsport, not to mention the key fact that a helmet is an extremely important protection kit when racing on two wheels. In other words, an athlete who cannot trust in his gear fully will likely not be able to perform at his best possible potential.

Following the two incidents, rumours began to emerge that the two parties (Lorenzo and HJC) had parted ways. One report even alleged that HJC began to question their association with the Spaniard following his public outcry for harsher punishment against his Movistar Yamaha teammate and title rival Valentino Rossi following the infamous ‘Sepang Clash’.

But perhaps what really confirmed the end of Lorenzo’s deal with HJC came when people noticed he did not don a special commemorative helmet from HJC when he eventually won the world title during the season-ending Valencia race. Fuelling that further was the fact that Lorenzo began taunting a “shark’s fin” pose in some of his victories after the British GP, which had led many to believe that he and the famed French brand were in talks.

Well, this newly announced deal has more or less confirmed that last matter, and officially signaled the end of the Lorenzo-HJC deal completely. Although HJC did state earlier that it had a two-year contract extension with Lorenzo, the Korean brand has remained rather quiet about the matter, and we reckon the two sides have opted to mutually part ways.

For the Shark Helmets brand, this new deal with Lorenzo sees it striking gold. The French brand has built a solid reputation over the last decade with both its racing and road-going products garnering acclaimed and rave reviews. What it didn’t have was a winning MotoGP rider donning its gear as how its rivals AGV, Shoei and Arai had.

With a MotoGP world champion such as Lorenzo finally in its users’ list, we can expect the Shark brand’s presence amongst MotoGP fans increasing drastically. The brand already had a stellar line up of riders using its gear in all classes that included the likes of Moto2 champion Johann Zarco. The other benefit comes from the opportunity for Shark to develop new consumer products with the world champion as well, thus fuelling its overall growth, business wise.

Given Shark’s impressive track record, chances remain low for Lorenzo to suffer another helmet malfunction as he mounts his world title defence in the 2016 season. Furthermore, we are sure the folks at Shark will be able to deliver their best in sating the needs and demands that Lorenzo puts up.

And just in case you have not noticed, the entire team of bike testers at this website and our sister website Moto Malaya also use Shark Helmets.