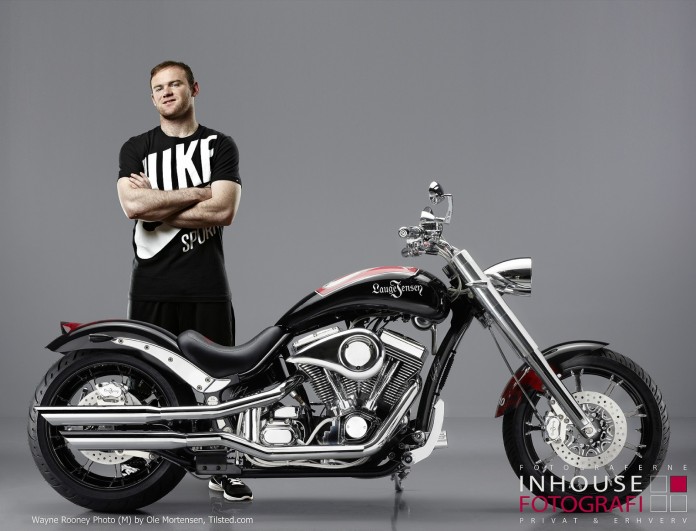 “Hate it, or love, the underdogs still on top”, rapped The Game and 50 cent in ‘hate it, or love it’, a song off the game’s earlier albums. For Wayne Rooney haters, that one line cannot be more true.

From a young hot tempered punk at Everton, to a goal scoring canon at Manchester United, Wayne Rooney is undoubtedly one of the world’s greatest football player. 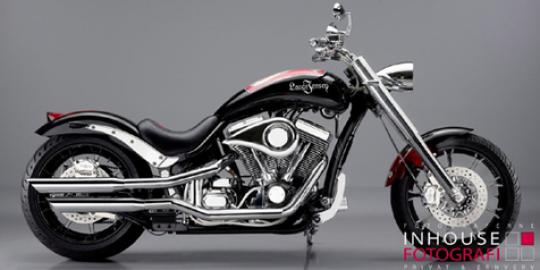 But a custom chopper named after him? We are not too sure about that either. At £60,000 (RM286,789), you can get a lot of nice bikes, enough to satiate your two-wheeling needs for a decade at least.

But if you are a Manchester United, specifically a Wayne Rooney fan, and have too much cash for your own good, then this custom chopper designed by the striker himself is one of the greatest tribute to your loyalty you could ever get hold of. 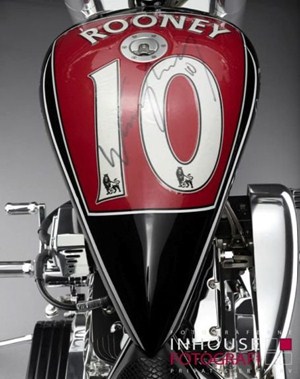 The bike built by Danish builder Lauge Jensen includes an autographed Rooney #10 on the tank, a shift rod with 21 black diamonds, and just to prove your loyalty, a Rooney picture is airbrushed into the rear mudguard.

Speaking about the collaboration on the bike, Rooney said, ““I was really excited to have the opportunity to be involved in the design of a unique ‘Wayne Rooney’ Lauge Jensen custom bike. 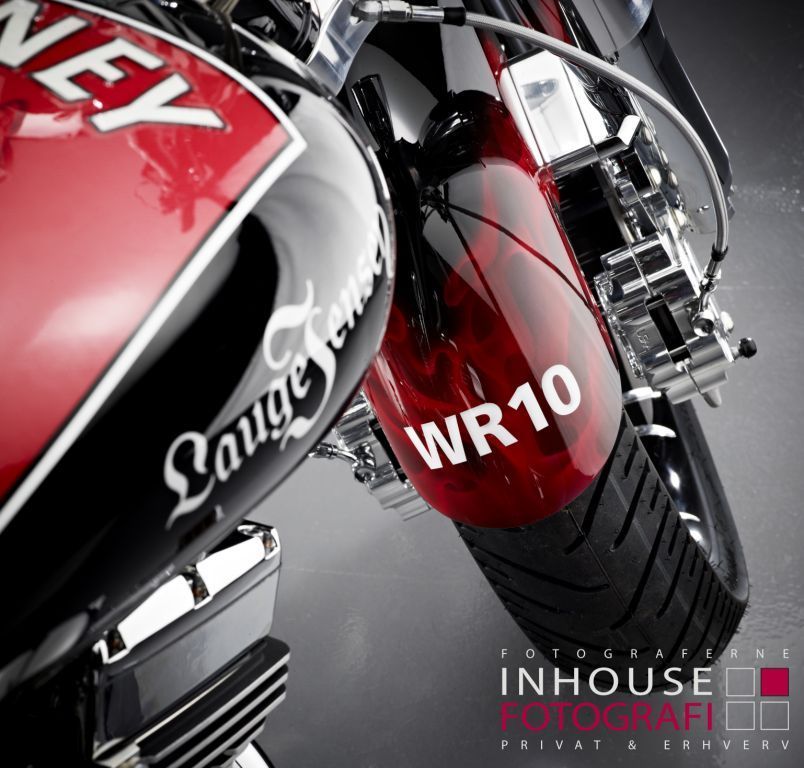 “The bike we have designed takes its inspiration from the celebration of my overhead kick against Manchester City last season. The goal has been described by others as being of the highest quality and technical excellence, powerful and beautiful.” 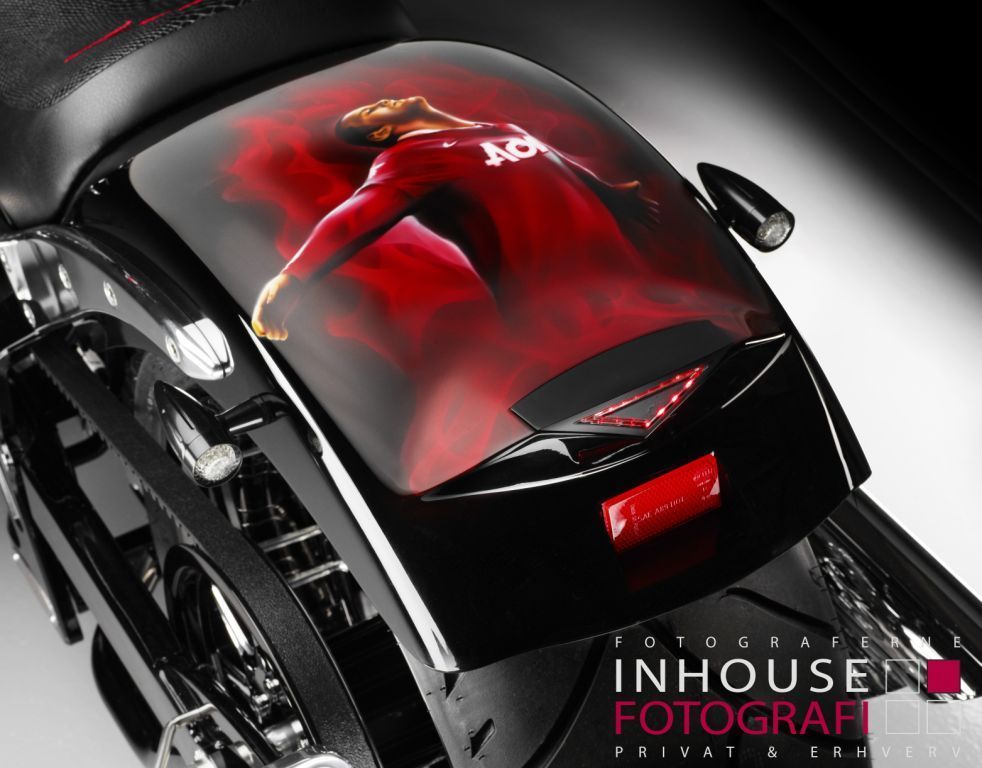 Your well spent money will be donated to KidsAid, a Danish charity that helps young people affected by illness.