New Victory Octane teased in video ahead of its scheduled debut in February.

It appears that American motorcycle brand Victory Motorcycles is gearing up to debut a new model next month. Christened as the Victory Octane, the firm released the short teaser video you see posted above, so there’s little we can garner for now.

What we can grab from the brief video were engine noises and smoke. However, a link at the end of the video does take users through to a webpage detailing the development of their most powerful engine called the Project 156. The mill was originally built as a prototype, and was used in its race bike project for the famed Pikes Peak hillclimb.

A production version of said engine was revealed by Victory at EICMA 2015, with the firm stating it would debut in a new 1200cc production model, which appears to be this new Octane model it is teasing. 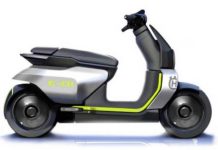