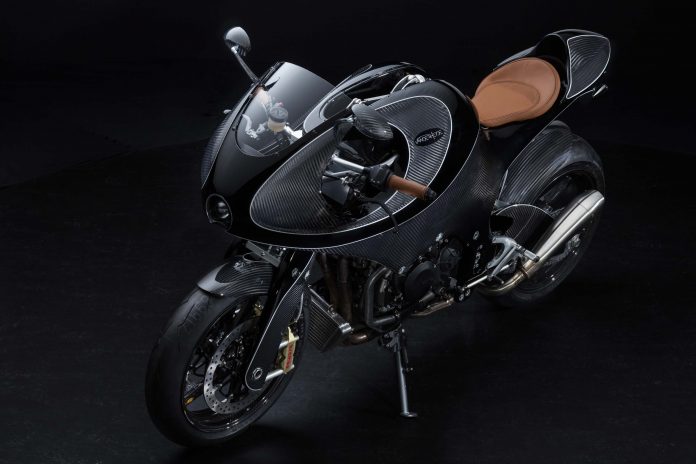 The VanderHeide is a beautiful Aprilia-powered ‘Gentleman’s Racer’ built mostly out of carbon fibre. 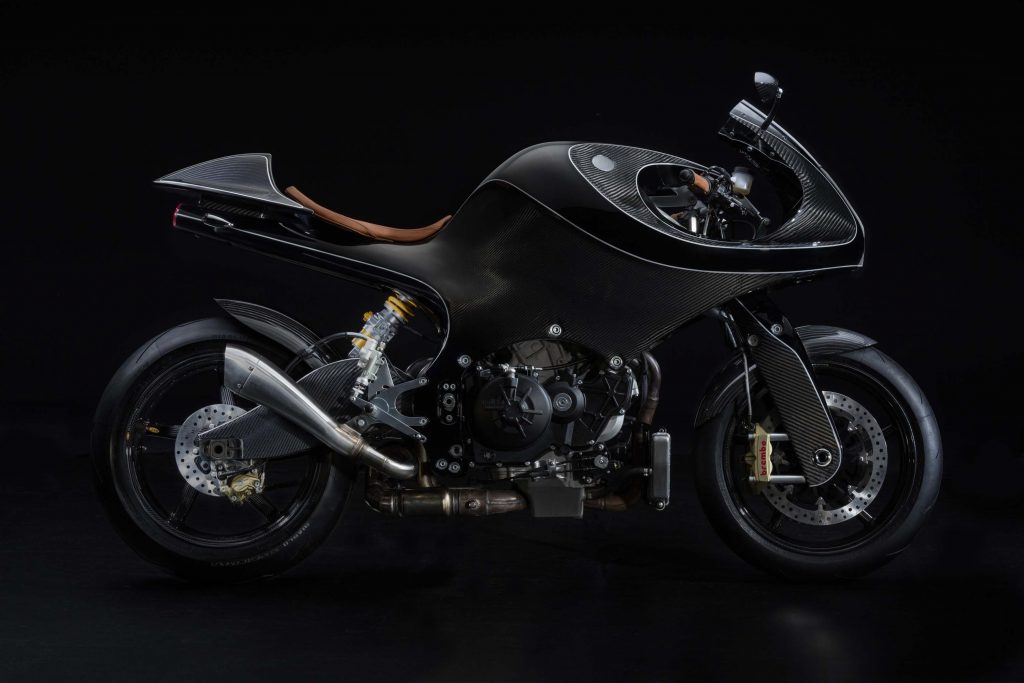 When Dutch motorcycle builder Rolf van der Heide revealed this creation he named after himself – the VanderHeide – his only description was that it is a ‘Gentleman’s Racer’ of sorts.

We’re inclined to believe that the bike’s somewhat ‘retro’ racer styling has something to do with it. Fuelling the ‘racer’ bit though is the fact that the VanderHeide features the extensive use of carbon fibre all round. 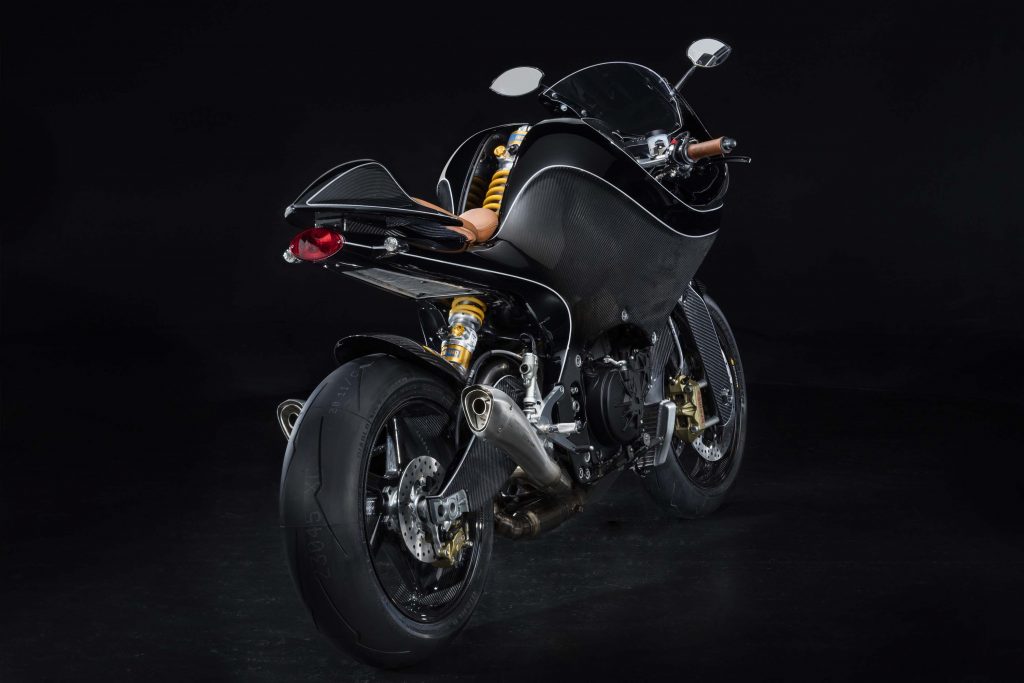 As you could plainly see, Rolf van der Heide not only used the exotic element to construct the bike’s stylish fairings, he also designed and hand-built the bike’s monocoque chassis out of it as well.

In the powertrain department, Rolf opted to lift the 1,000cc V4 unit out of an Aprilia RSV4 superbike, which we all know outputs about 201hp and 115.2Nm of torque in stock form. In the VanderHeide, buyers have the option to have a tuned 230hp version that will cost slightly more of course. 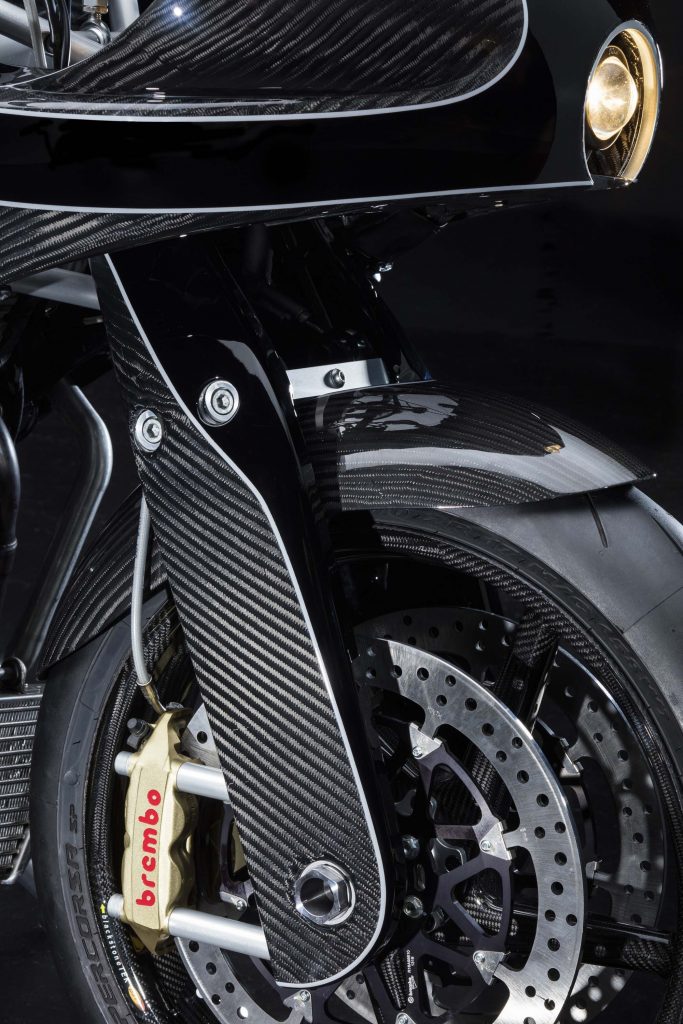 The powerful engine is matched with equally powerful anchors in the form of Brembo twin discs up front and single-disc at the rear, as well as a unique suspension setup using Öhlins TTX36 shocks. There’s also a MoTeC digital dash display to complete the racy feel of things. 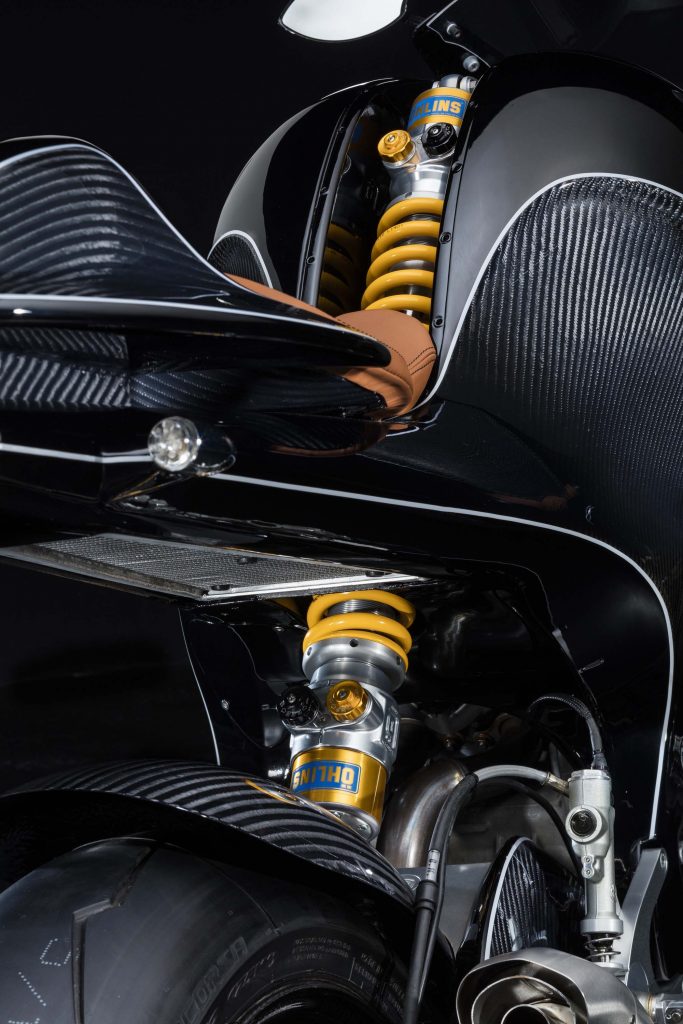 The suzzies are stacked on top of each other and runs across the tank, with the design reducing structural stresses on the carbon fibre chassis this way. Don’t worry about the ‘exposed’ top bit in the tank as there is a protective plexiglass cover placed over it – phew! 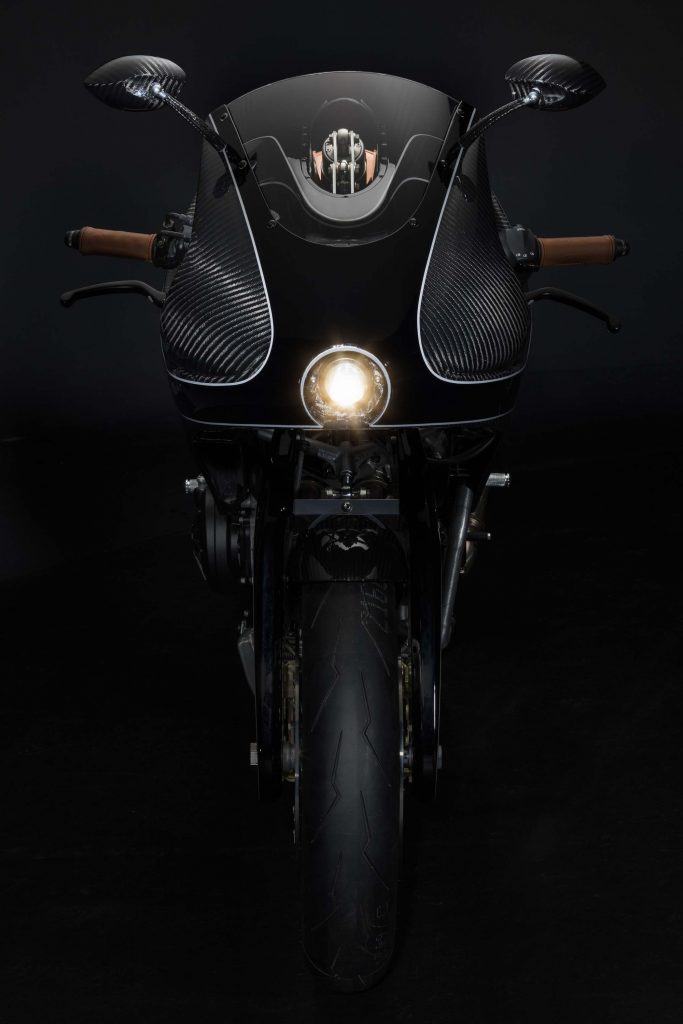 Couple with the with 17-inch BST carbon fibre wheels, the VanderHeide boasts a breathtakingly light dry weight figure of 175kg in street-legal form. There’s also a race version that weighs 10kg less at 165kg instead as well. 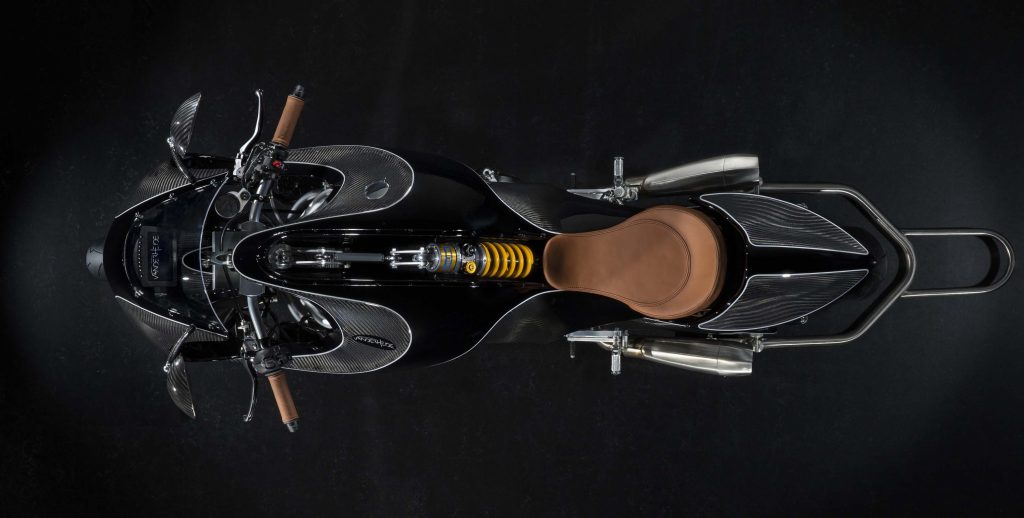 Just 25 units of the VanderHeide will be produced, each rightfully commanding a starting price of €150,000 – approx. RM685,806. You can find out ore about this racy and unique carbon fibre bike by visiting its official website, vanderheidemotorcycles.com.