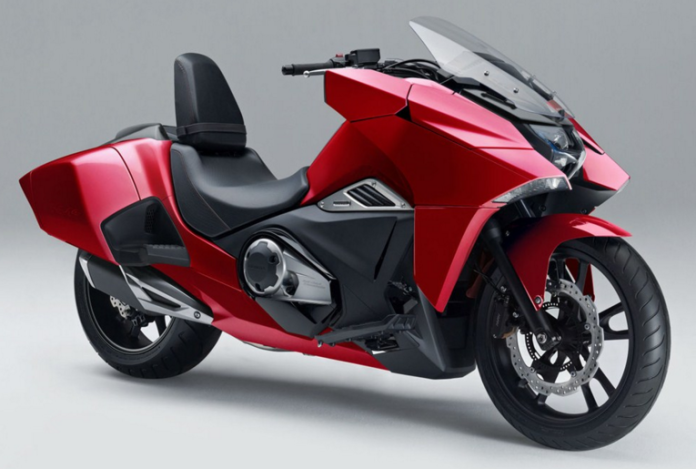 The controversially designed Honda NM4 Vultus has undergone a mild revision – in Japan at least – in its 2016 model year guise.

Revealed in Japan, the sharp-looking maxi-scooter of sorts gains a neater new exhaust that replaces the previous model year’s barrel-like design. Besides that, there are no other changes reported as the bike still retains the 670cc parallel-twin engine and six-speed dual-clutch transmission (DCT) powertrain derived from the NC750S, NC750X and Integra model series.

Crucially, Honda has perhaps realised the model’s lack of colour in its life, prompting the firm to introduce a series of new and special colour schemes for it. Prior to this, the Honda NM4 Vultus was only offered in a choice of two colours – black or white. This, as you can plainly see, was a little subdued for a bike that had some radical styling and an LCD instrument screen that could change colours too.

In Japan, the Honda NM4 Vultus is available in two variants starting with the standard NM4-01 that’s also offered officially by Honda outside Japan, followed by the NM4-02 variant that is equipped with built-in panniers for increased practicality as well.