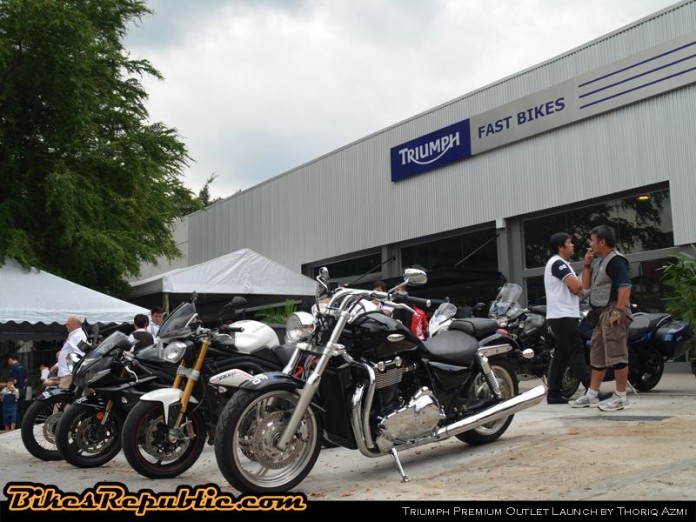 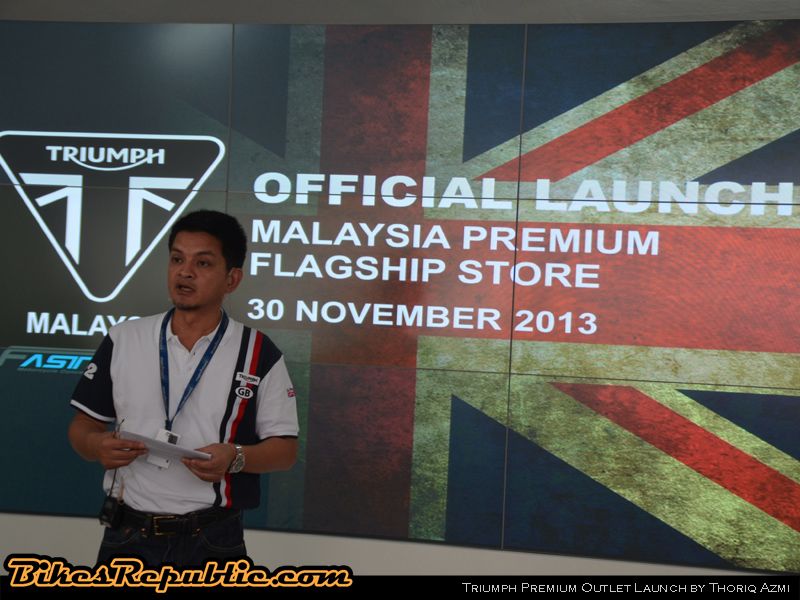 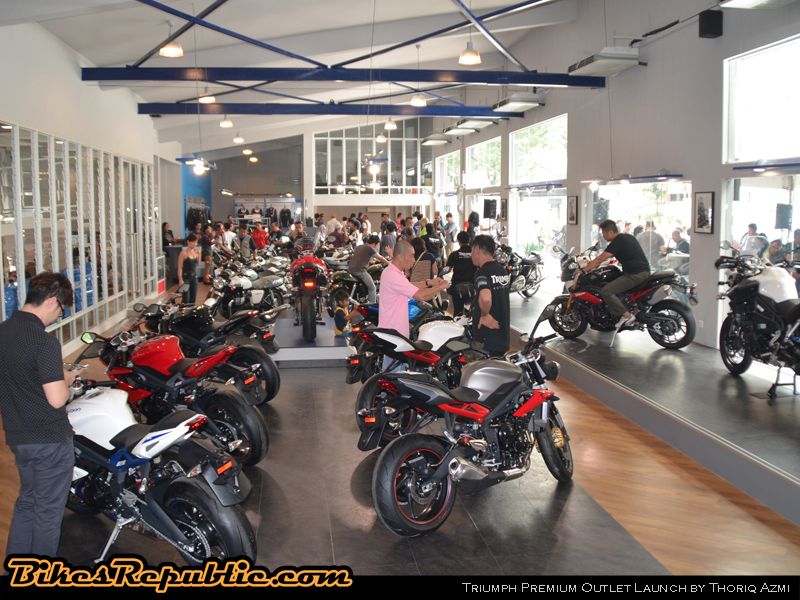 Located strategically in No 3, Jalan 13/1, Section 13, Petaling Jaya, the new outlet occupies a space measuring 11,000 square feet in total. Inside, the outlet houses a large sales showroom showcasing the complete range of Triumph motorcycles available for the Malaysian market, and it is complimented further with a fully-equipped service centre boasting five service bays and a spare parts store. Besides that, the outlet also features a boutique selling a full range of official Triumph merchandises and gear, and also houses a one-stop centre for various biking gears, accessories, and merchandises from renowned brands such as, Givi, Alpinestars, Rizoma, and many more. 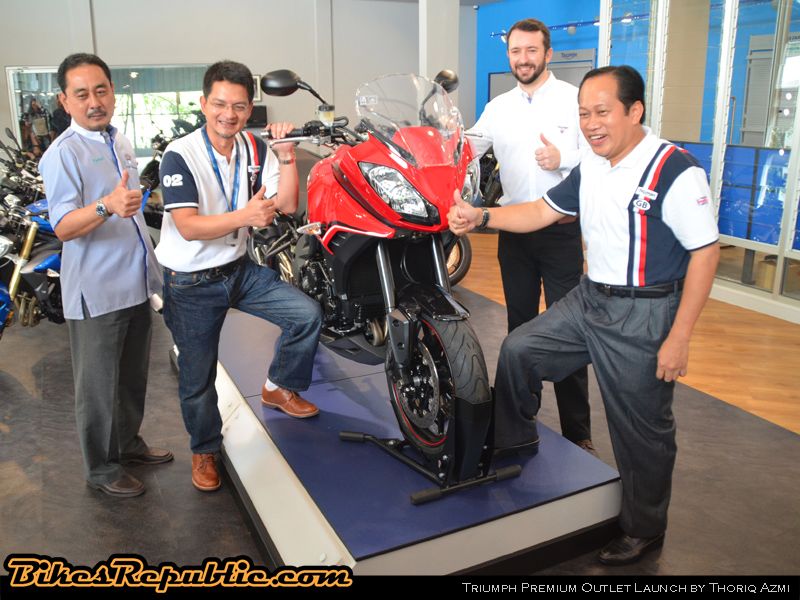 In conjunction with the new premium outlet’s inauguration, Fast Bikes also introduced a brand new model for the Malaysian market, the Triumph Tiger Sport. A MoU (Memorandum of Understanding) singing ceremony was also held between Triumph Motorcycle representatives of Malaysia, Singapore, and Thailand with the aim of improving after-sales for the brand’s customers in the represented nations. 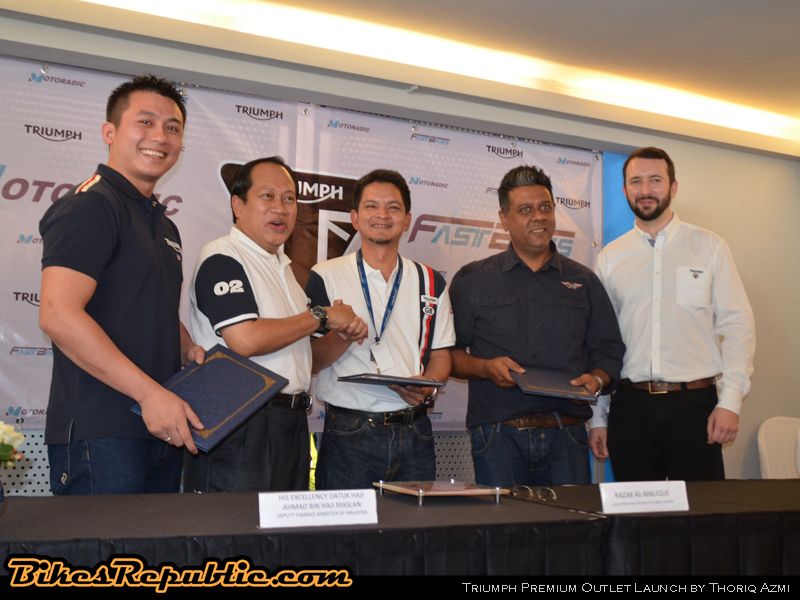 With the store’s opening, Fast Bikes have stated its intent to expand the Triumph brand rapidly in Malaysia. The firm states that it has begun accepting dealer enquiries and have already conducted several dealer interviews. At present, the PJ outlet will be supported by Fast Bike’s Kampung Pandan branch whilst a third located in Penang is being planned. 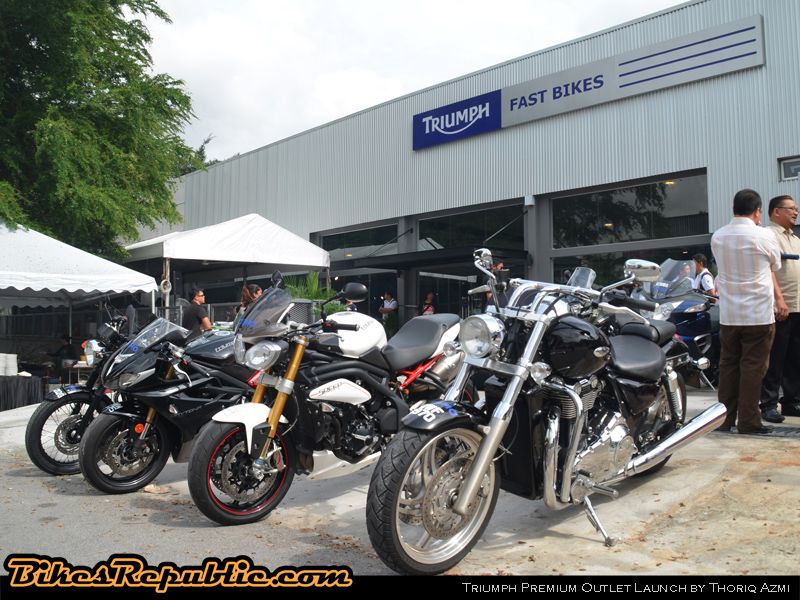 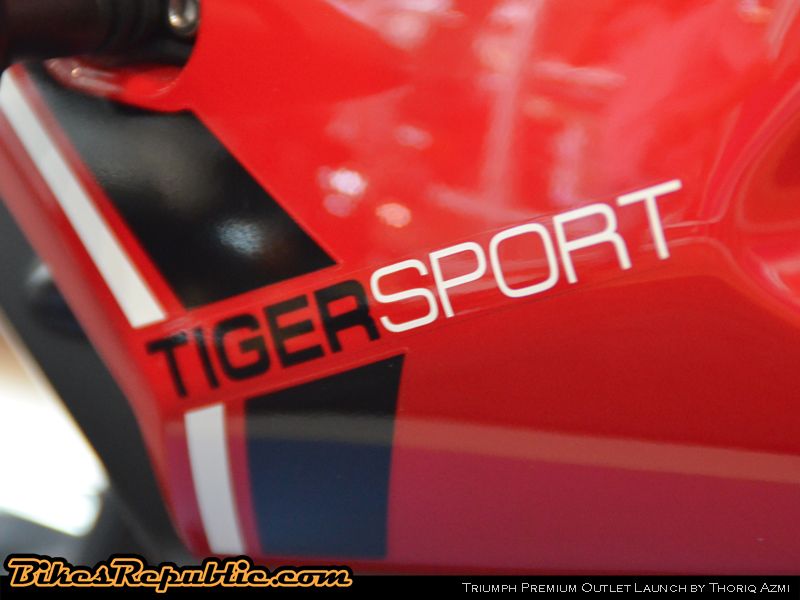 Newly introduced for the Malaysian market during the premium outlet’s opening is the Triumph Tiger Sport. The adventure-styled sports bike model is powered using Triumph’s signature 1,050cc triple engine that churns out 123hp and 104Nm of peak torque. 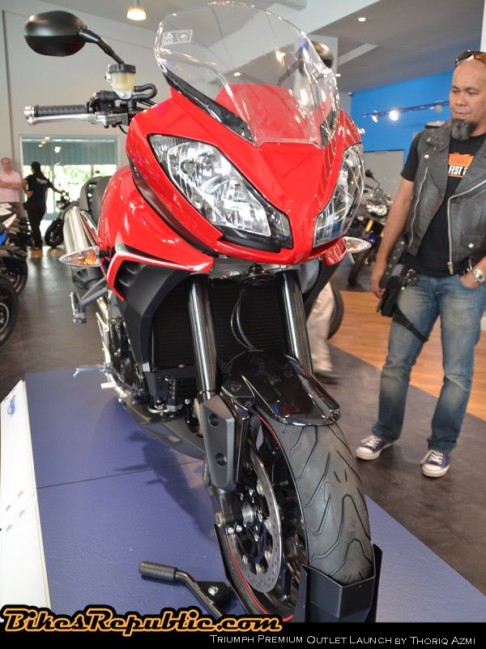 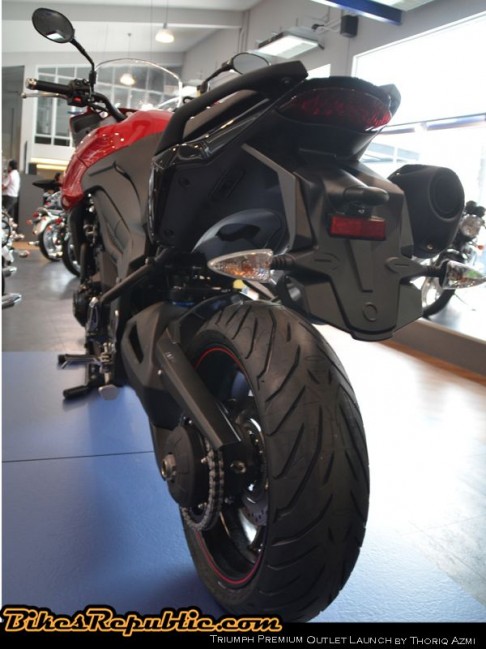 The Triumph Tiger Sport is now available for viewing and purchase the new flagship PJ store, carrying a starting retail price of RM85,900.

Check out the gallery below to see more pictures of Triumph’s new flagship outlet and the new Tiger Sport.