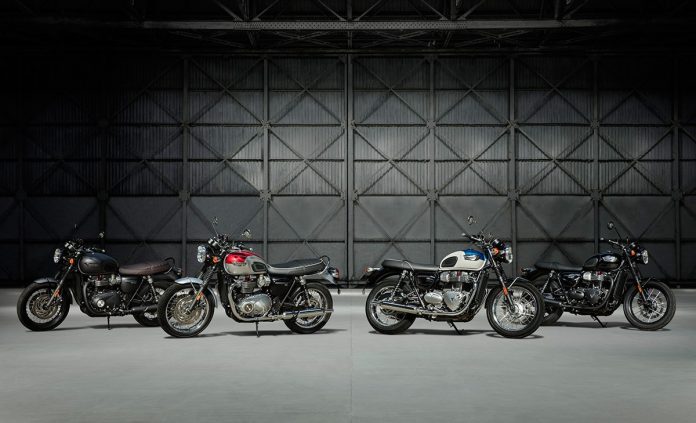 Here’s a quick walkthrough of the three new Brits for 2017. 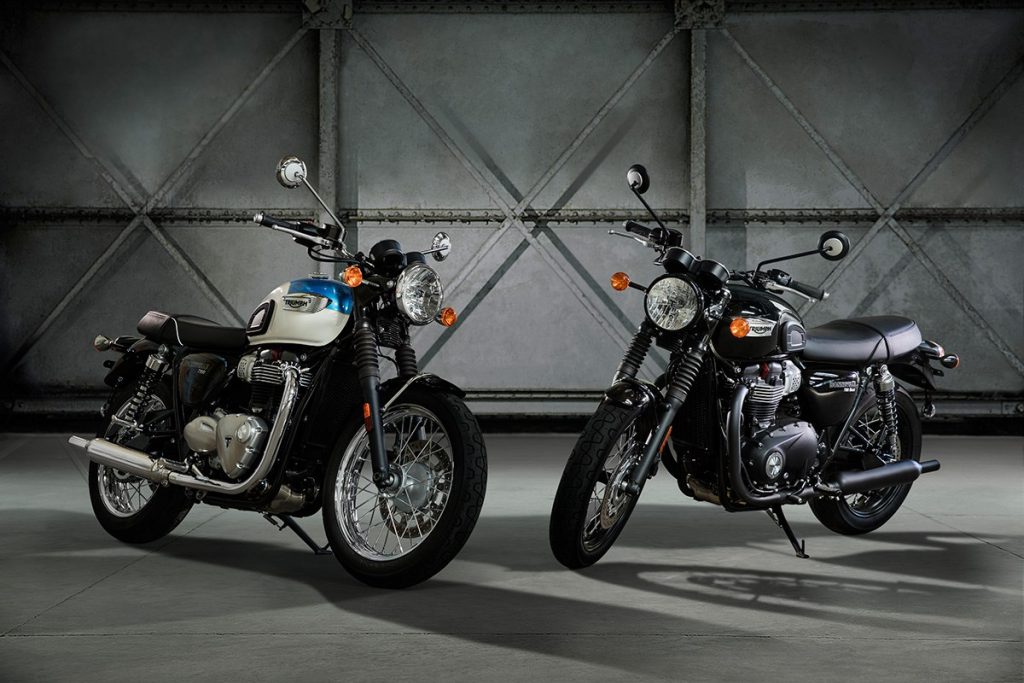 Unlike the existing Bonneville T120 series, the T100 features Triumph’s new liquid-cooled 900cc parallel-twin derived from the Street Twin entry-level model. Though power and torque are lower than the T120, the new T100 makes up for it through its minimalistic styling and vast accessories catalogue. 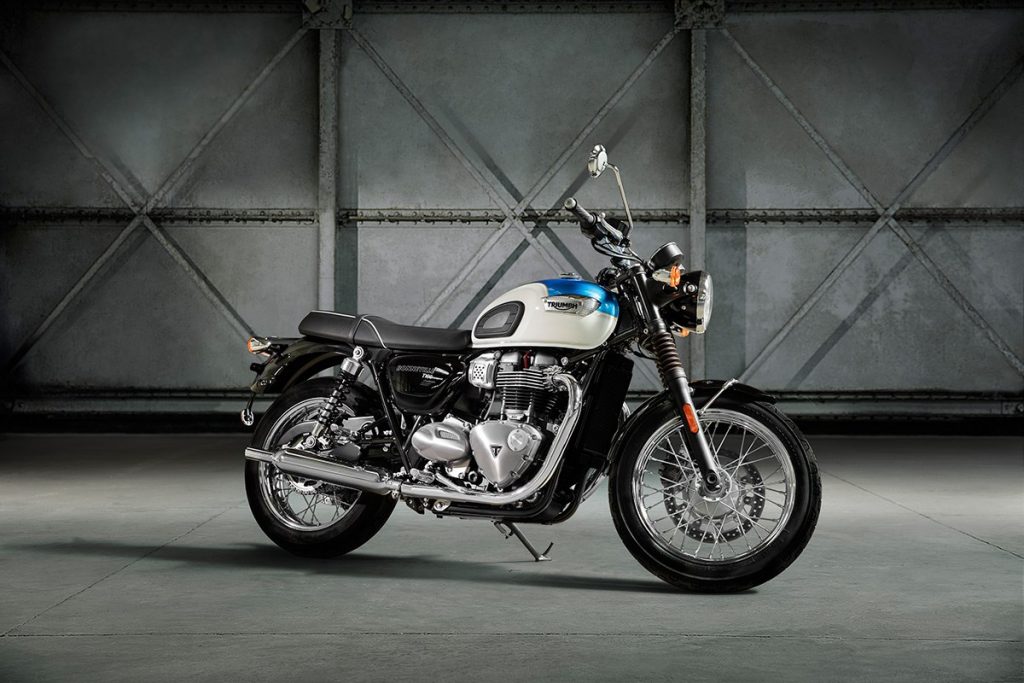 Aesthetically, both bikes mirror what their T120 siblings offer. While the standard T100 offers a true classic stance complete with all the chrome brightworks, the latter T100 Black offers a darker approach and stance instead. 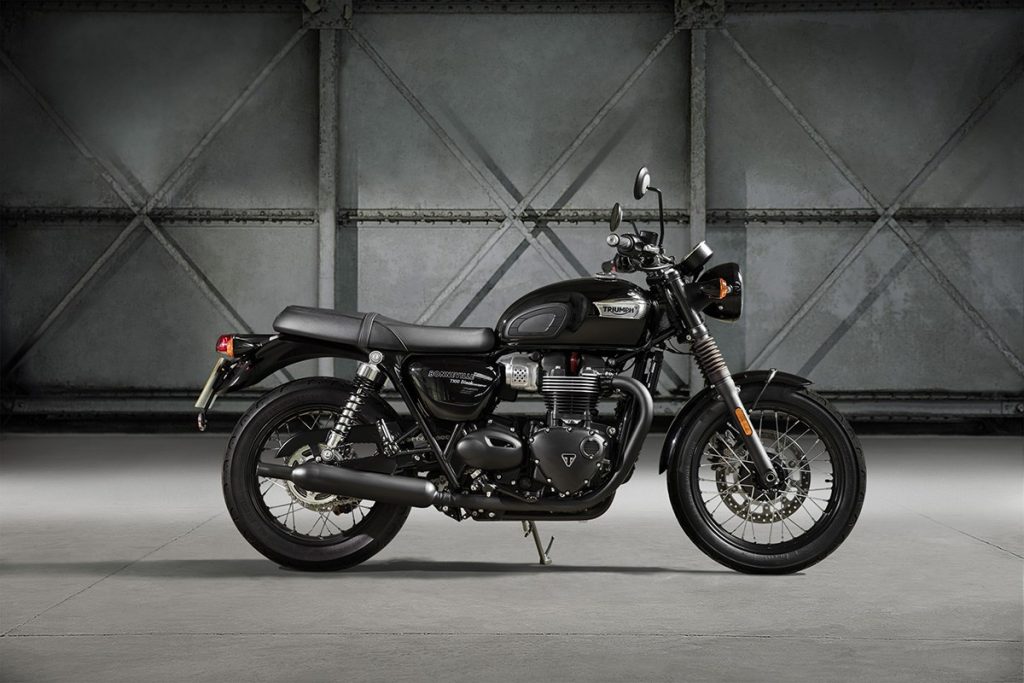 Fans will definitely appreciate the T100’s minimalist approach, looking a lot cleaner and neater than its predecessor as it makes do without all the exposed wiring and ancillaries. 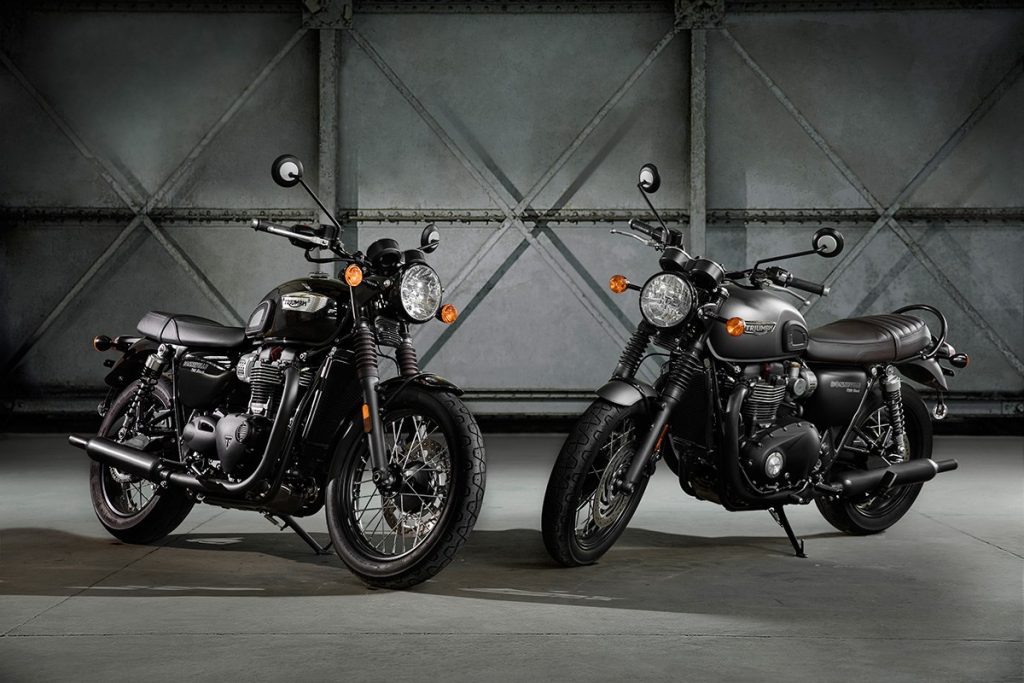 Other notable features worth mentioning here include the LCD instrument display, cruise control and heated grips, with the latter two making this a much more touring-friendly model over its Street Twin sibling. 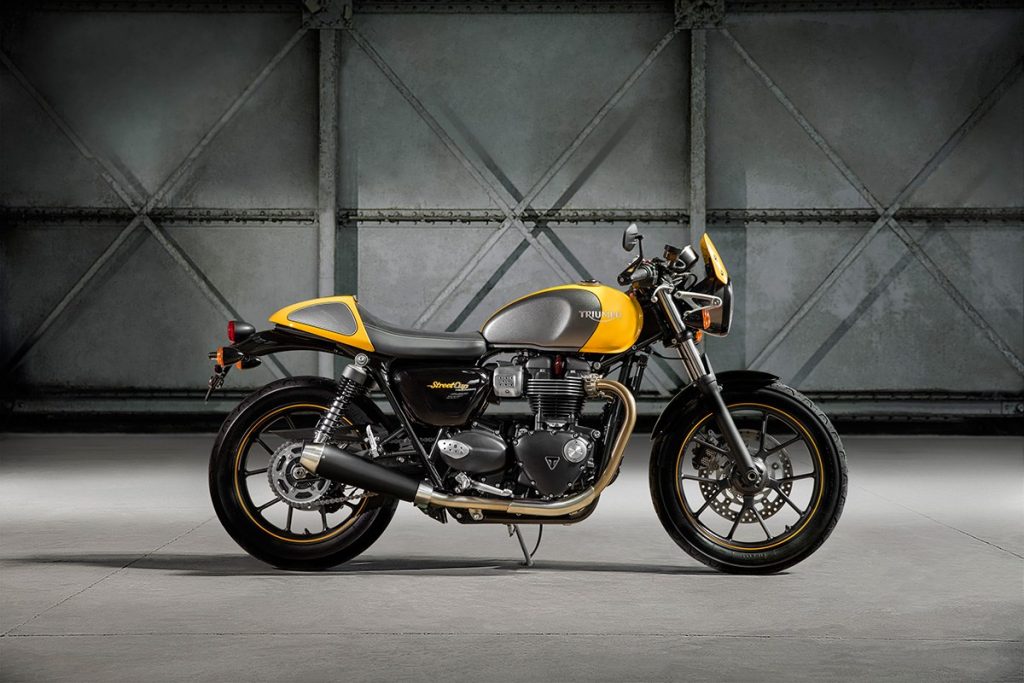 Distinct new elements here can be seen with its bullet seat and removable seat cowl, fly screen plus the drop bars and bar end mirrors. Capping things off, Triumph will also offer two-tone paint scheme options for the Street Cup.