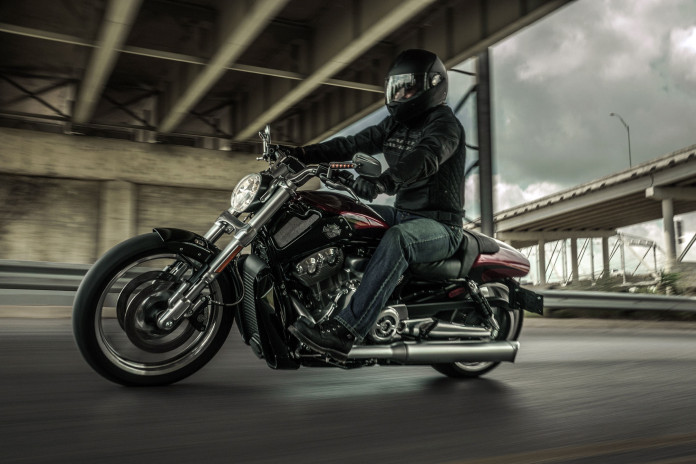 We go back in time to marvel at the Harley Davidson V-Rod and how Porsche helped build a legend. 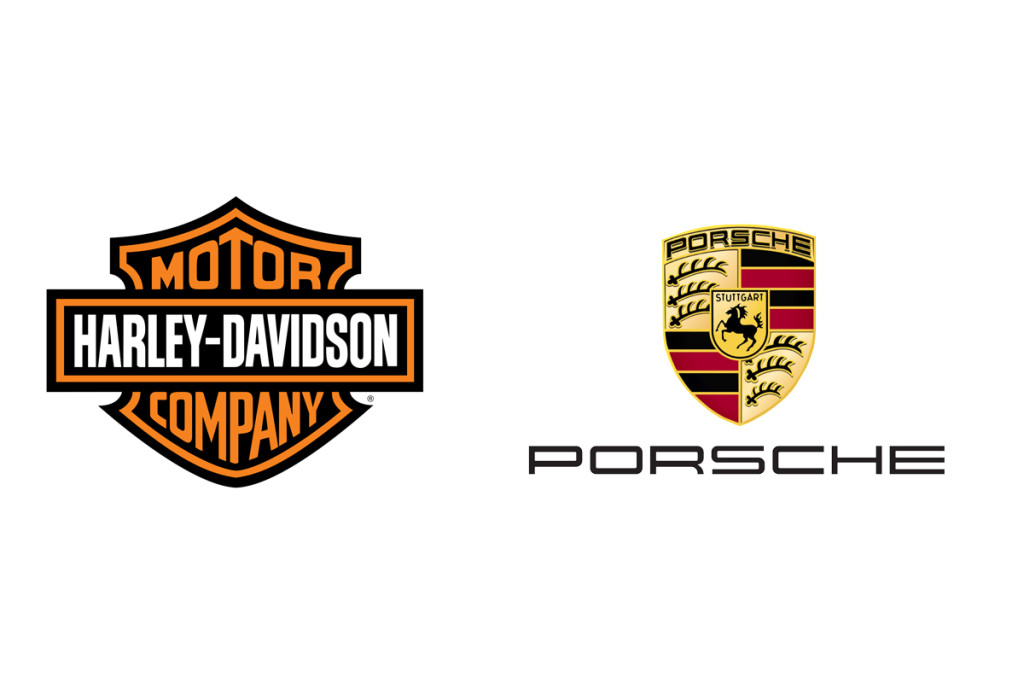 Yes, you read that right. The famed Stuttgart-based purveyors of sports cars did help the bar-and-shield marque from Milwaukee in creating the Harley Davidson V-Rod. But, before we digress further into that, lets take a look at how Harley-Davidson ushered in a new era with the V-Rod.

In the late 1990s and early 2000s, the muscle bike or ‘powercruiser’ genre had finally come of age. Also known as ‘dragsters’, its formula of cramming a powerful engine into a comfortable and low cruiser body with a fat rear tyre and limitless customisation potential held its own appeal. Some successful examples of this include the Yamaha V-Max, Honda F6C Valkyrie and more recently the Ducati Diavel and its XDiavel offshoot. 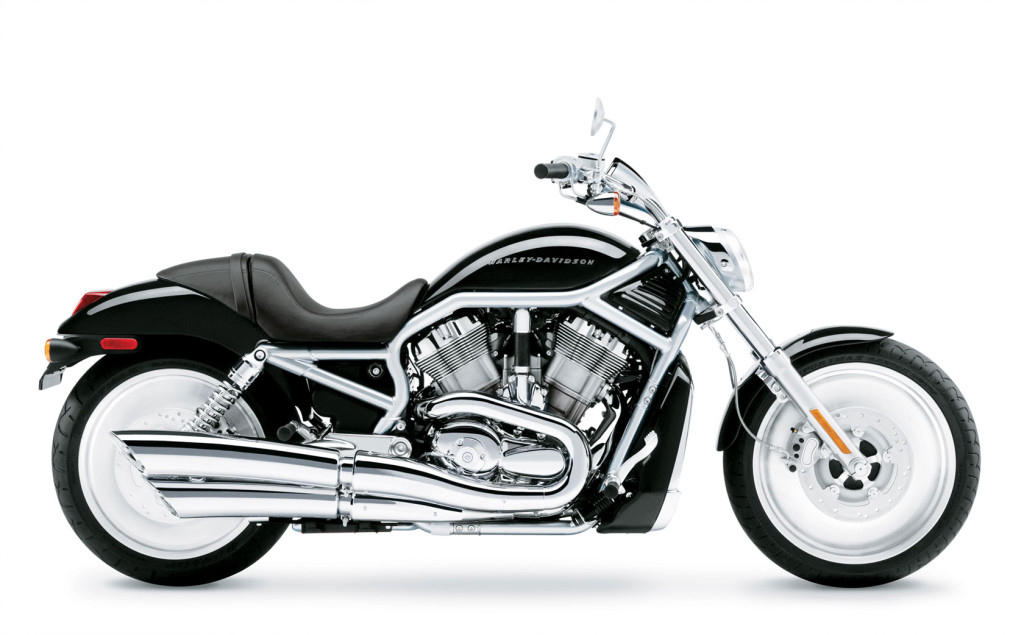 In the V-Rod’s case, its development and debut came at the right time for Harley. The concept behind the V-Rod was conceived as early as 1995 when Harley-Davidson (H-D) realised that it needed something totally new and different to capture the next generation of consumers. The challenge here was to create a product for the new wave of riders that favoured performance over style.

It didn’t take long before engineers found the base for this in the form of the Harley-Davidson VR1000 superbike racer project. The race bike was powered using a 60-degree 1,130cc V-twin that had dual over-head camshafts (DOHC) and liquid cooling.

Called the Revolution, this engine was a dark horse in H-D’s stable simply because it was liquid-cooled – all H-D production engines built prior to it were air-cooled. H-D fans were up in arms and never accepted the Revolution engine as a pure Harley, but that is a different story altogether. 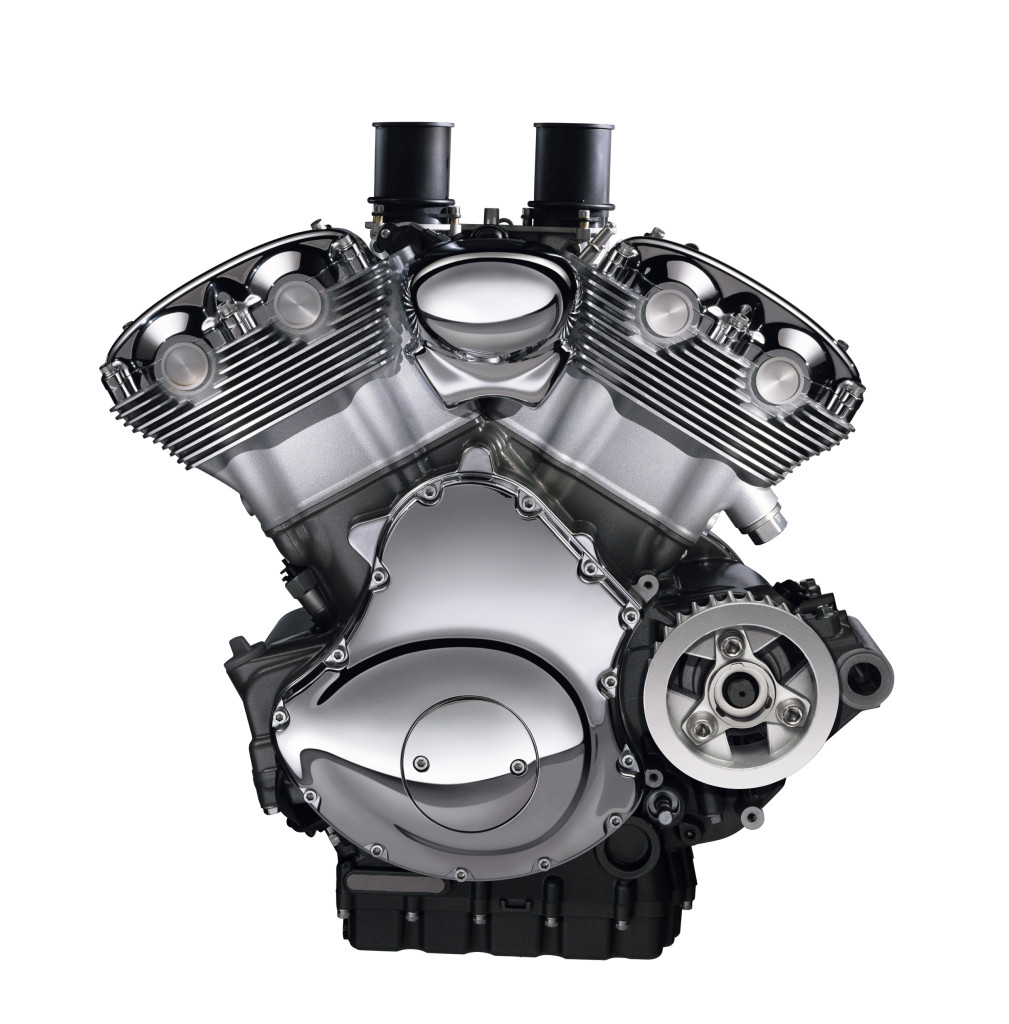 But that liquid-cooling feature, plus the DOHC layout, was all that was needed as it allowed the V-twin to rev-higher, which in turn granted more power, torque and speed. In more ways than one, it really lived up to its namesake. However, this was a race engine built using components that weren’t going to last as a mass-production item. 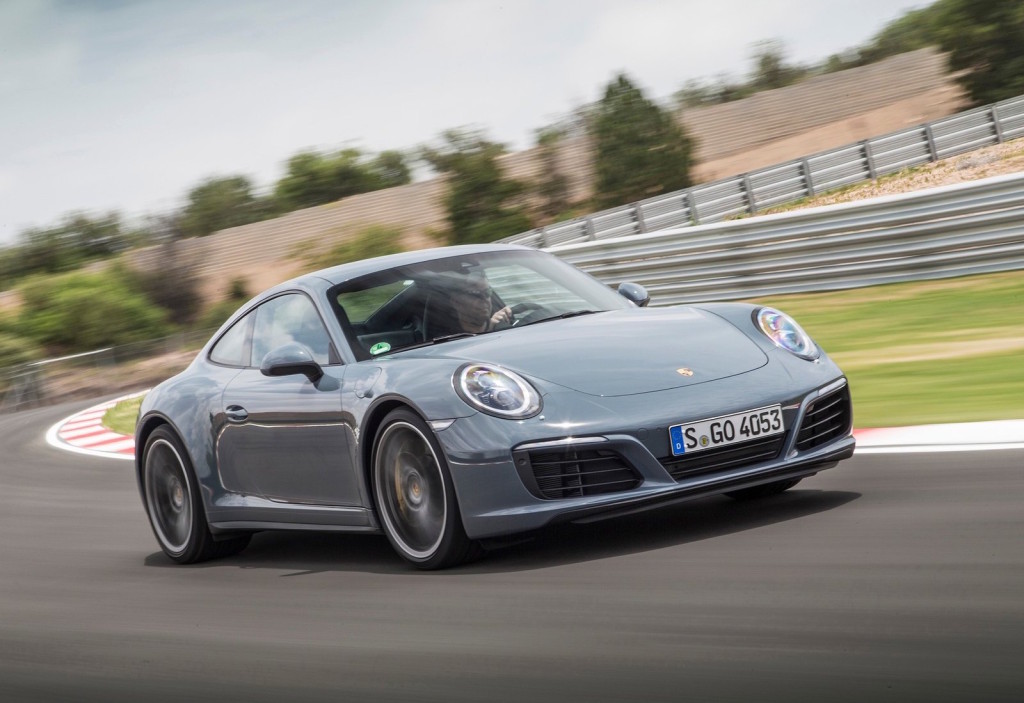 This was where the alliance with Porsche came into the picture, and rumour has it that hardcore engineers within Harley-Davidson itself did not want to work on the blasphemy that was the liquid-cooled Revolution engine, hence why Porsche was roped in.

H-D’s alliance with Porsche AG came in 1996 when a select group of H-D engineers took up residency at the mighty Porsche Engineering centre in Weissach, Germany. By collaborating with their German peers, the critical knowledge traded between the two firms would eventually allow H-D engineers to turn the Revolution race engine into a powerplant that was both ready for mass production and application in a road-going bike.

The result of this alliance was a monstrosity of a V-twin engine that allows one to perform epic burnouts as demonstrated in the video above.

Besides that, another challenge for Harley-Davidson lay in the bike’s styling. Though it was totally new and different, it also had to remain true to its roots at the same time. In the documentary film posted above, you can see how engineers initially had to scrap the first clay prototype mock up of the V-Rod because it looked too much like a H-D Softtail with a liquid-cooled engine stuffed into its frame.

Challenges also came when engineers and builders were ironing out some of the finer details to meet H-D’s brand identity. Notable instances here include the design and repositioning of the V-Rod’s fuel tank under the seat, as well as the countless attempts to camouflage the Revolution engine’s liquid-cooling components like the radiator and hoses.

What was impressive though was how H-D went to the extent of adding faux cooling fins in the engine block’s design to make look like its air-cooled units, as well as the efforts in tuning the mill’s exhaust note to ensure it had the brand’s trademarked yet distinct rumbling V-twin soundtrack – it still had to sound like a proper H-D to match the looks. 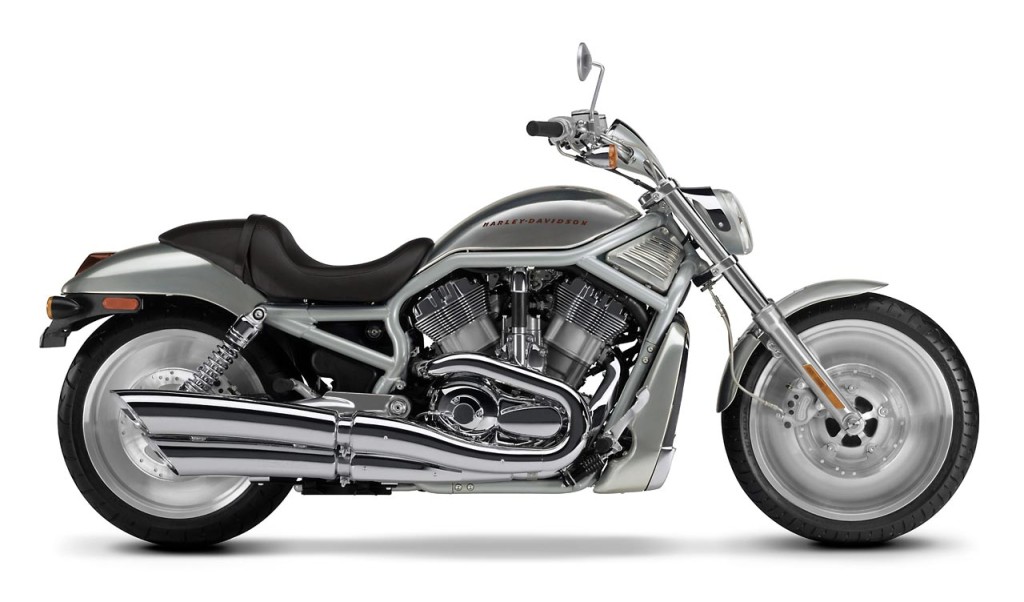 Finally, after hundreds of man-hours across six years or so, H-D unveiled the V-Rod at the turn of the new millennium in 2001. Besides the engine, the V-Rod also heralded plenty of other firsts for H-D. These included things like the hydroforming method used to build the V-Rod’s chassis frame, the adoption of a hydraulic actuated clutch, and the presence of the Automatic Compression Release (ACR) feature that aided with cold-starts. 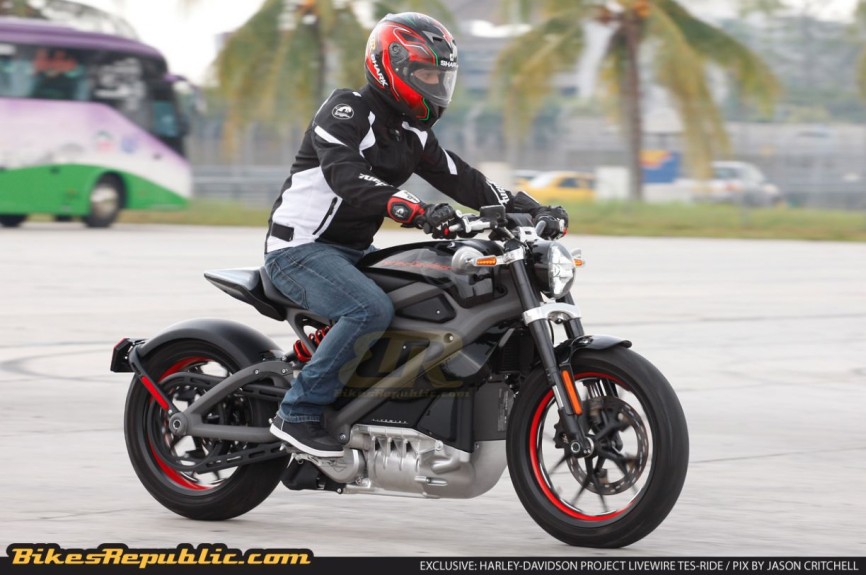 Until the arrival of the all-electric Harley-Davidson Project Livewire in 2014, the V-Rod stood as H-D’s biggest engineering breakthrough in its storied 113-year history.

The V-Rod has been in the H-D stable for well over a decade now and has received plenty of refreshments. Presently, the V-Rod can be had in two forms – the V-Rod Muscle and Night Rod Special. Both share the same Revolution 2 liquid-cooled 1,247cc DOHC V-twin heart – an evolution of the first V-Rod’s 1,130cc unit – and offer whopping torque figures of 118Nm in Muscle form and 113Nm in Night Rod form. More importantly, both figures are significant hikes from the first V-Rod’s 100.3Nm figure when launched in 2001. 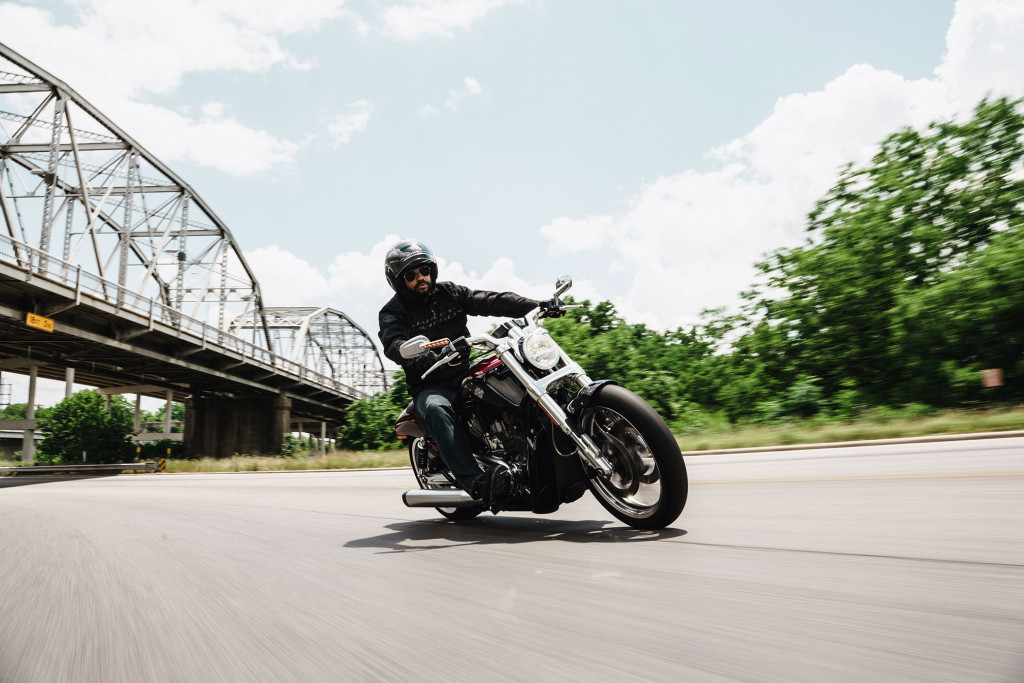 Other differences were the aesthetics. Highlights here include the Muscle’s twin single-pipe exhaust flowing on each side as opposed to the Night Rod’s stacked twin-pipe layout, as well as the distinctively different taillight designs in both. You can study the differences more closely in the specification sheets and image galleries we’ve prepared at the end of this post.

The success of the V-Rod is perfectly reflected in its larger than life fan movement worldwide. Check out our outing with the Malaysian V-Rod Owners Group last year and read up on how its founders and celebrity member Jehan Miskin rode their prized dragsters beyond their limits in epic overland trips to Ho Chi Minh, Vietnam and more recently to Shangri-La, China.

Check out more images and details in the galleries prepared below. 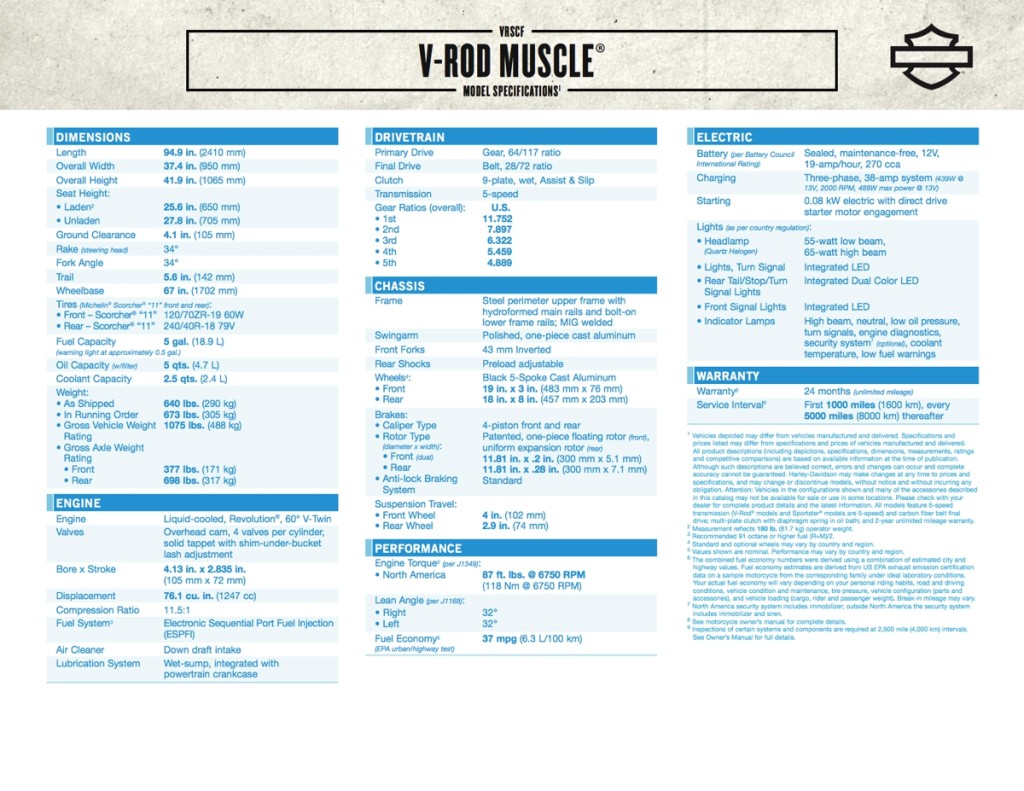 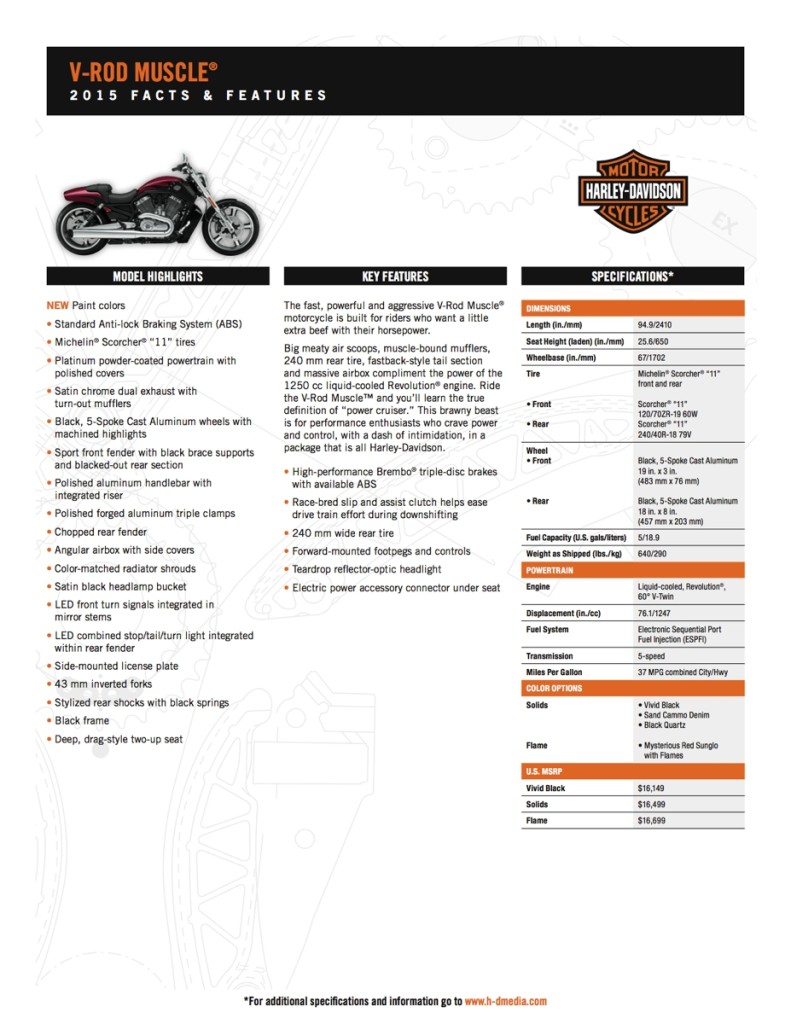 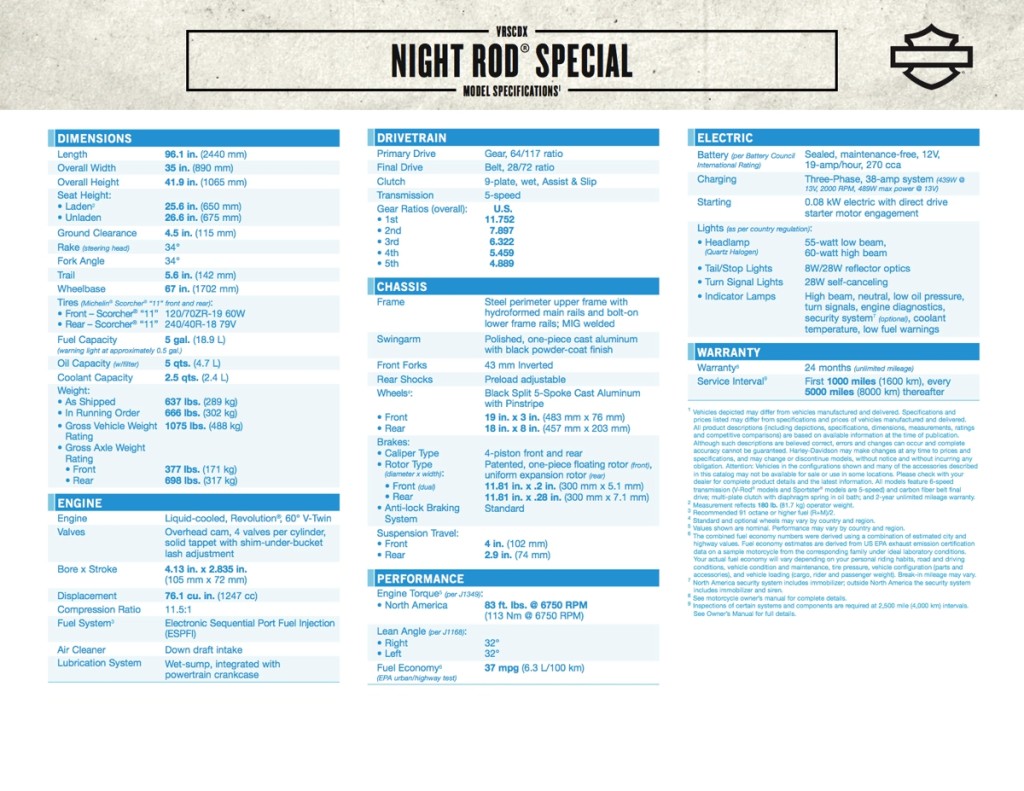 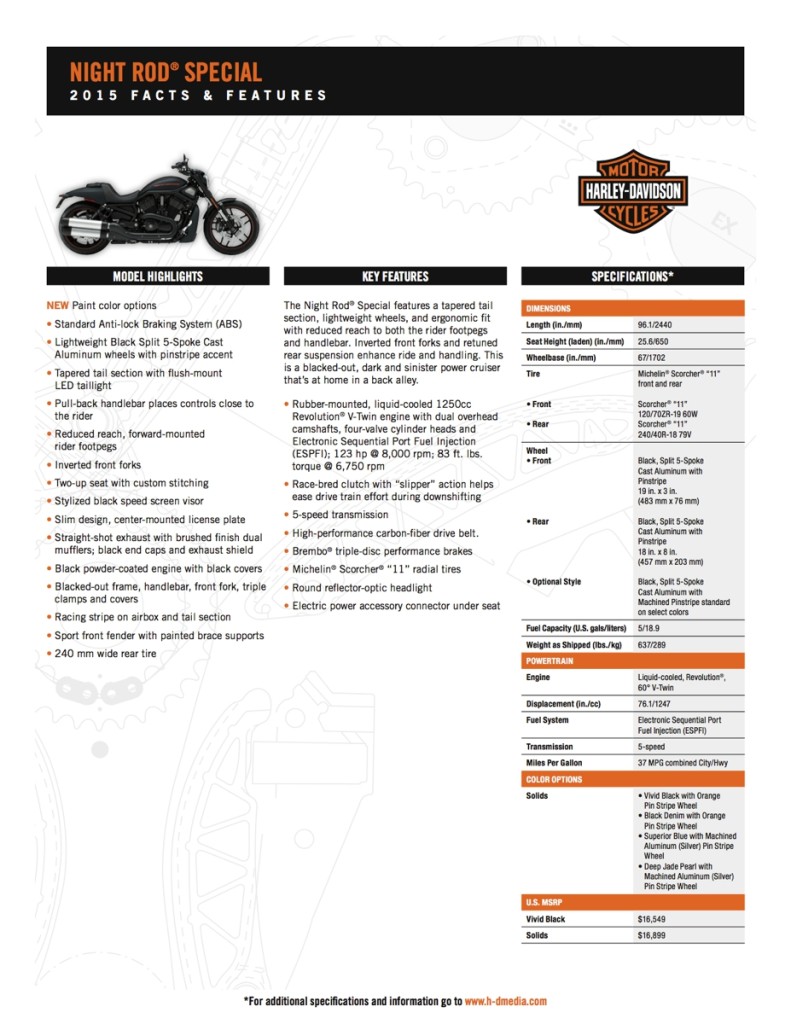