16-year-old Saiful Izman Ahmad Zamani’s life had always revolved around the motorcycle. Son of former Malaysian top rider Ahmad Zamani Baharudin, motorcycle racing had always been a big part of his life. With so many offsprings of former riders now entering the sport, Saiful Izman’s entry into Cub Prix was neither the first nor expected to be the last.

Racing in his sophomore year of the PETRONAS AAM Malaysian Cub Prix, Saiful Izman is beginning to show glimpses of his family’s racing heritage, especially when he won the Wira Final during the curtain raising leg of the 2015 season in Temerloh last weekend. 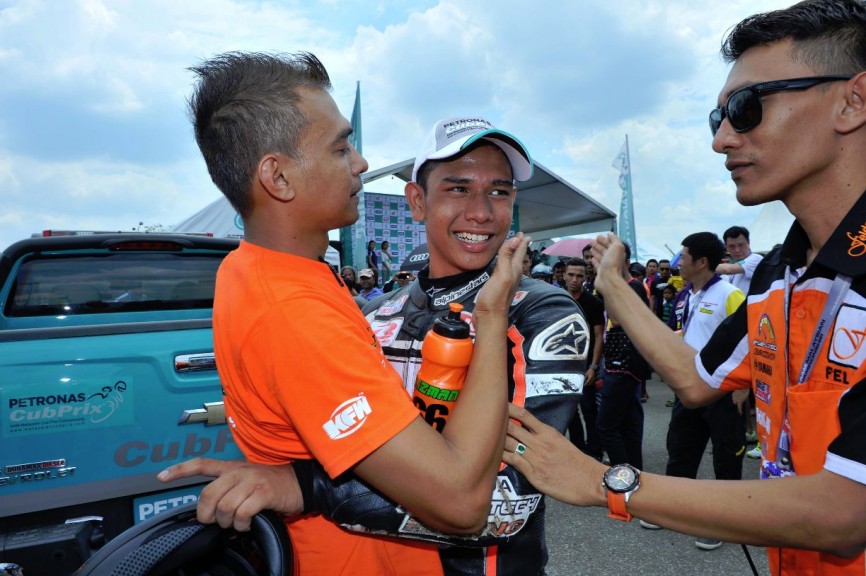 Although always placing within the top five during the practice sessions, Saiful Izman was never quite the fastest rider on the grid. He was consistently a few split seconds behind Kozi Yam Honda’s Mohd Harith Farhan Baharudin. But during the finals, Saiful Izman’s aggressive and rough riding style tore through Harith Farhan’s defense strategies and resulted in Saiful netting the first open-make win of his career.

“While all riders thank their families for their success, in my case, it is doubly so as my father and uncles are also directly involved in my career,” said Saiful during the post-race press conference. “Growing up, none of them ever pressure me into taking up racing professionally but it was a hard topic to avoid as racing was always the centre of their conversation. Every time the television set was turned on at home, it was always to watch more motorcycle races.” 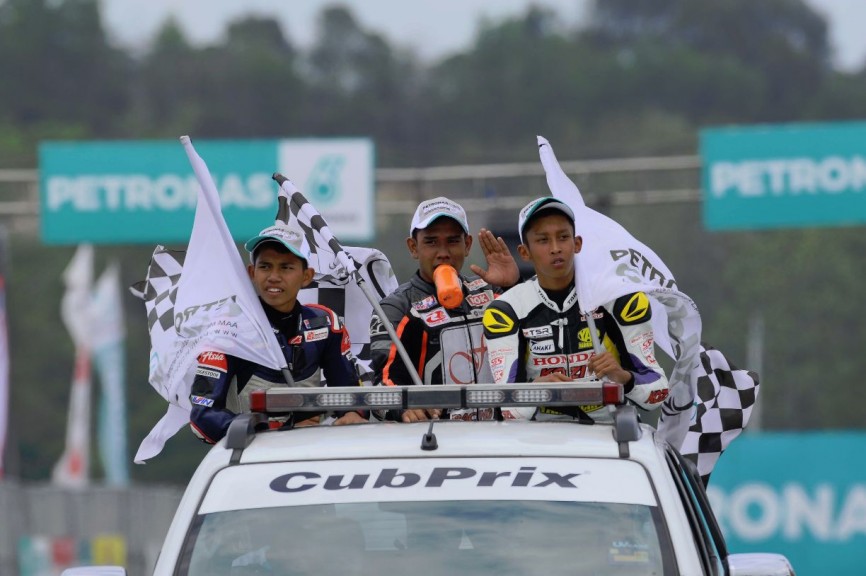 The young rider who is just in the early stages of his racing career admits that he has big boots to fill. “My father and uncle were both counted as some of the top riders in the Asian region. With their support and training, I hope to equal if not exceed what they have done.”