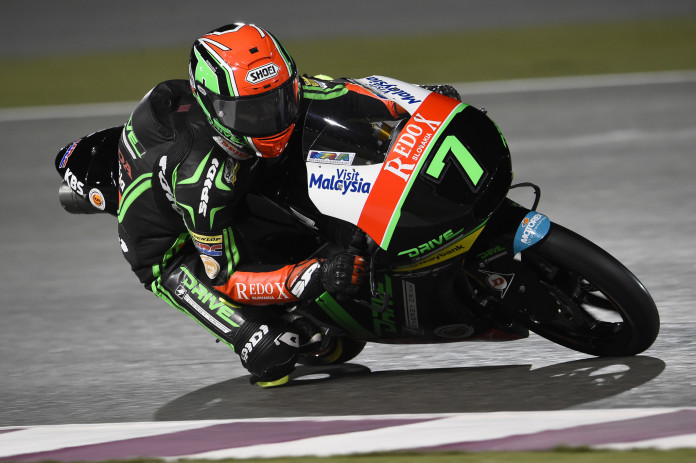 A round up of how Malaysian riders and teams fared out in the Qatar GP race weekend – Asia Talent Cup, Moto3 and Moto2.

The action-packed Qatar GP race weekend was a busy one, especially for a number of Malaysian riders and teams competing across several categories. 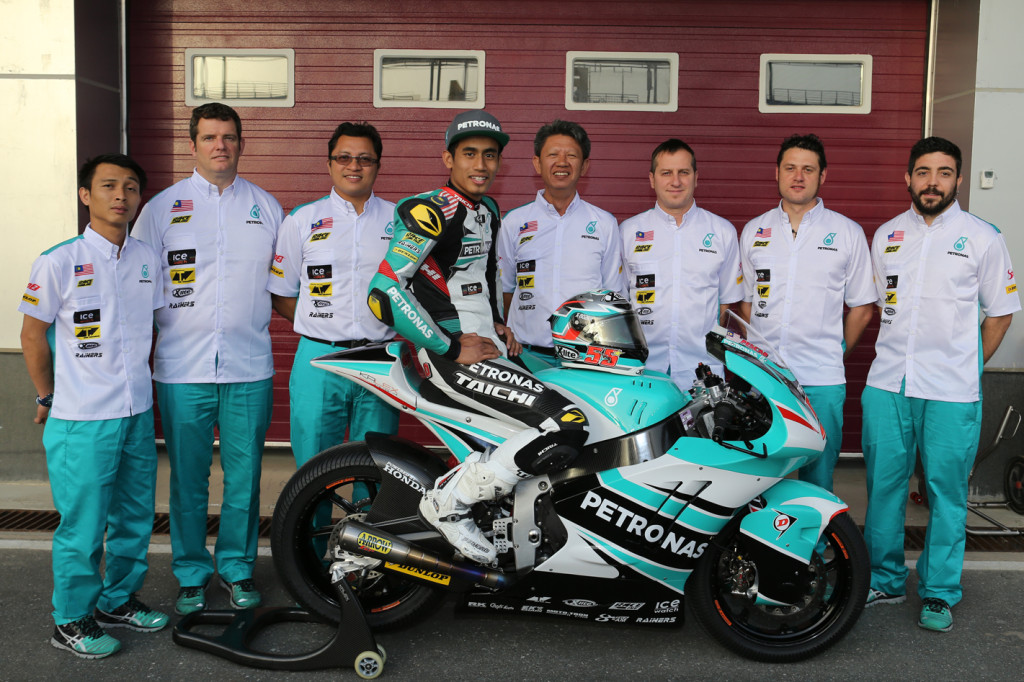 Leading this charge in the World Moto2 class was the all-Malaysian combination of the Petronas Raceline Malaysia team and rider Hafizh Syahrin in the Moto2 class. A foul up with the bike’s setup saw Hafizh managing only to qualify in 16th position on the grid, but a quick fix allowed him to carve up the order and cross the line in fifth position before being elevated up to fourth thanks to a technicality that resulted from the high number of jumpstarters ahead. 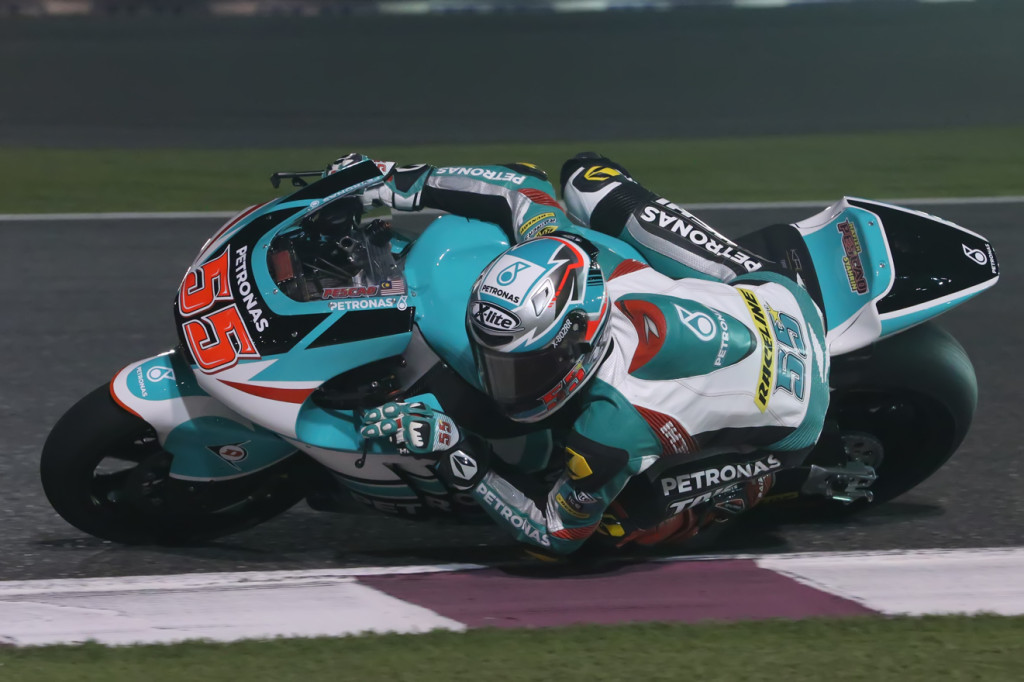 Shortly after the race, Hafizh expressed:

“I tried hard and pushed all the way. About four laps to go, my right hand went numb and I could not feel anything. It was difficult to maintain the same lap time towards to the end but I tried my best to maintain my position. I am thankful things worked out well and I will definitely give my best for the whole season.” 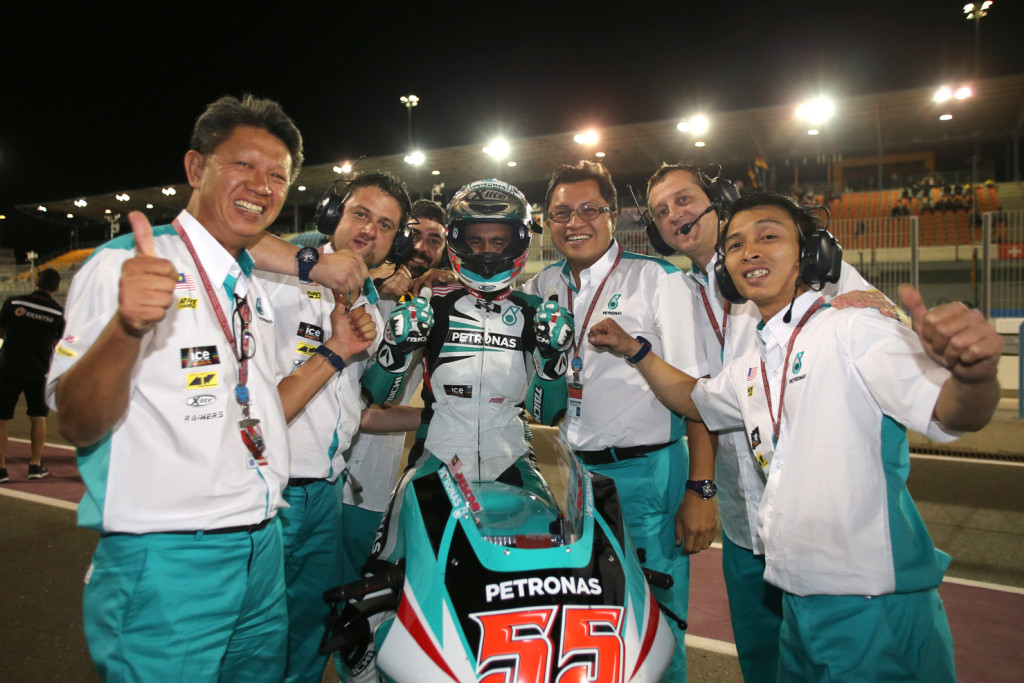 Adding to that was Petronas RacelineMalaysia team manager Barry Leong. He states:
“If not for the numbness that he felt on his hand, who knows what would have happened. We are happy to see this kind of result and this will boost everyone’s confidence to push harder for the upcoming races. Thank you everyone for believing in us and we will strive to do better.” 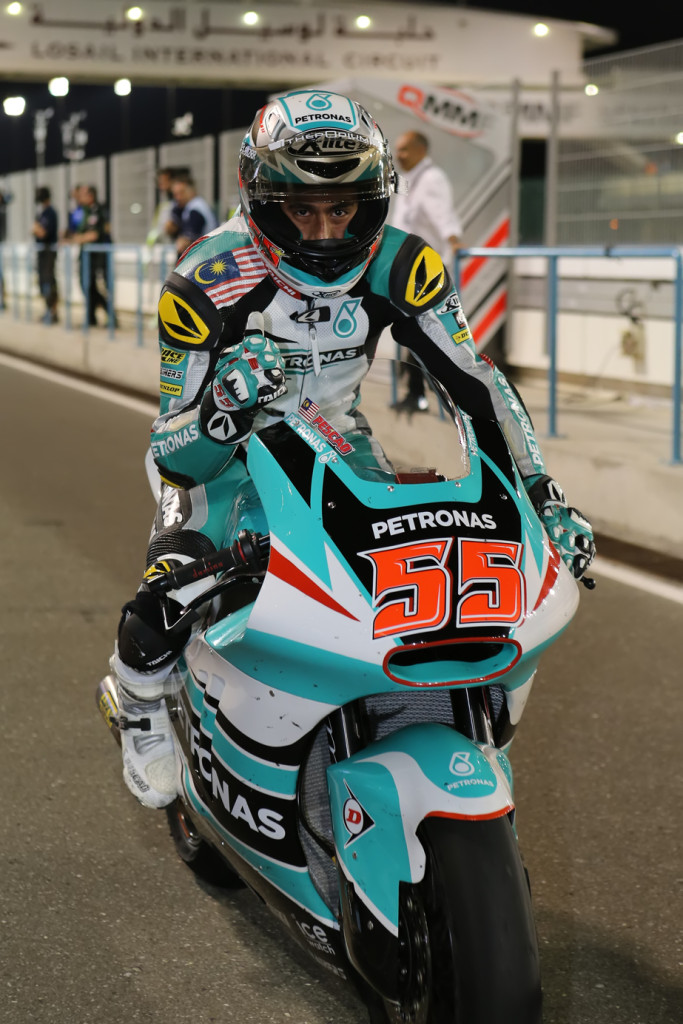 Hafizh now sits in fourth position of the championship standings after earning himself 13 points from his fourth place classification.

Further down the order was Spanish rider Efren Vasquez astride the JPMoto Malaysia team’s Suter bike, who was the last classified finisher in 22nd place. 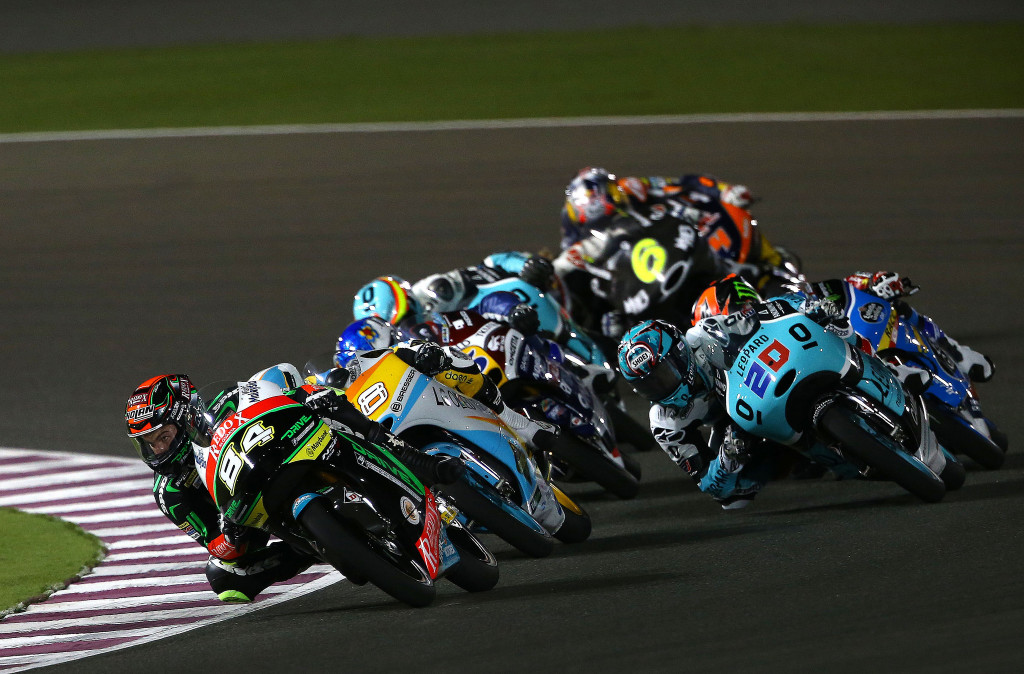 In the World Moto3 Championship stage, the Drive M7 SIC racing team celebrates yet another strong performance from lead rider Jakub Kornfeil. Despite the challenges of mastering the team’s new Honda machinery, the young Czech rider was able to pull himself up the order to finish in a respectable 10th position. 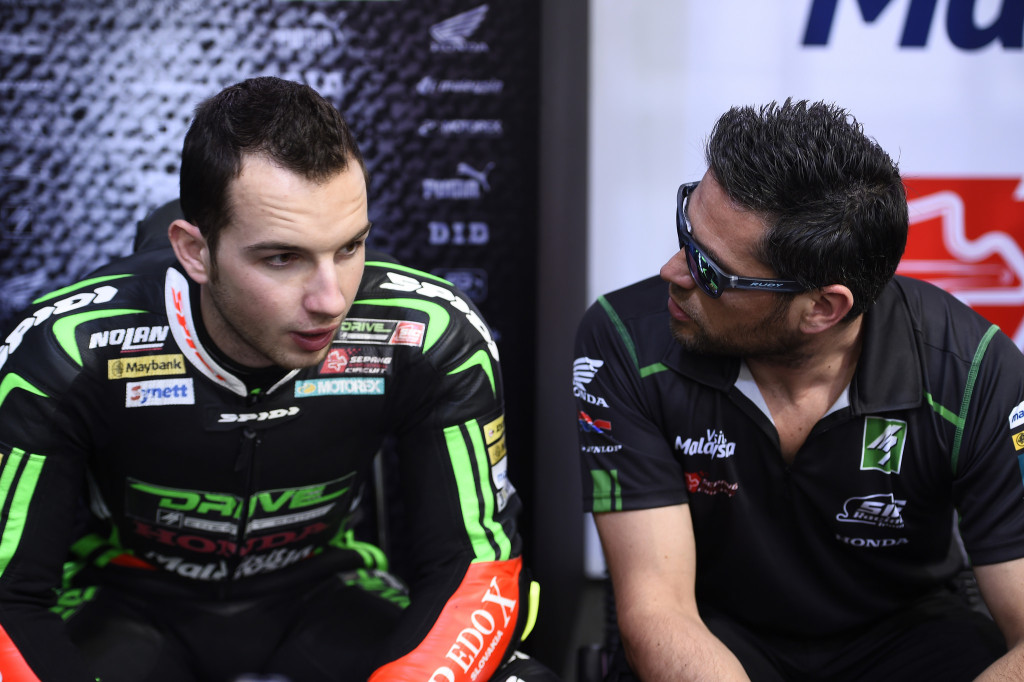 Shortly after the race, the Czech rider expressed delight by stating:

“I really enjoyed riding! It was a beautiful race because we had so many battles and so much passing every lap. I’m happy that I won the fight in my group.” 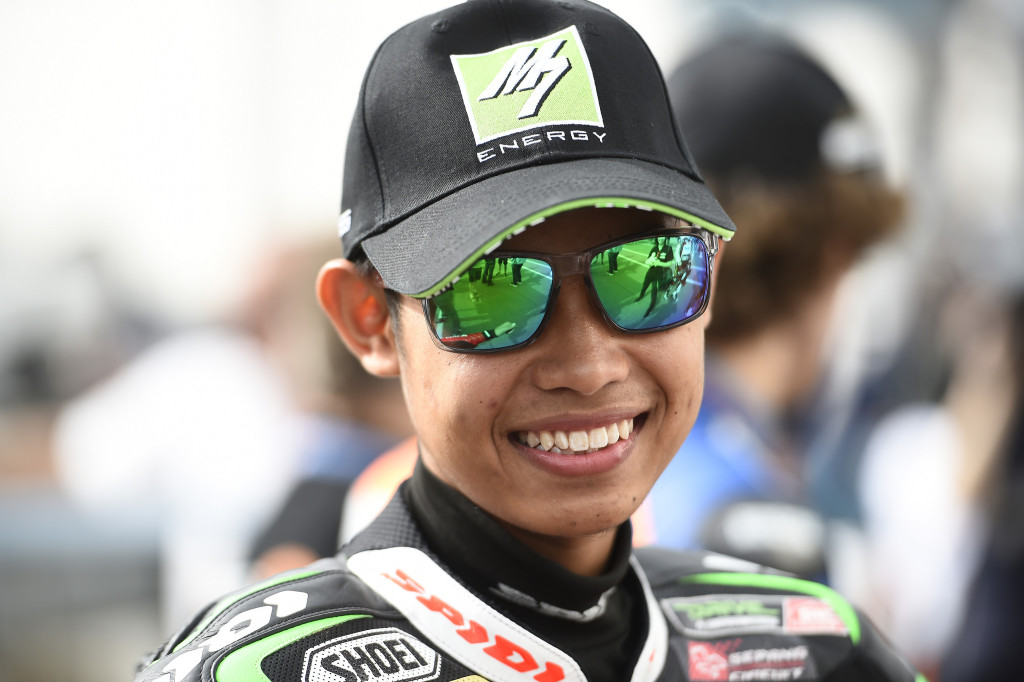 For rookie Adam Norrodin, who comes straight off the Shell Advance Asia Talent Cup series, the Johore-native was simply elated to have completed his first World Moto3 race without a hitch. Adam started from 27th on the grid and was able to move up the order as well to finish in 20th. 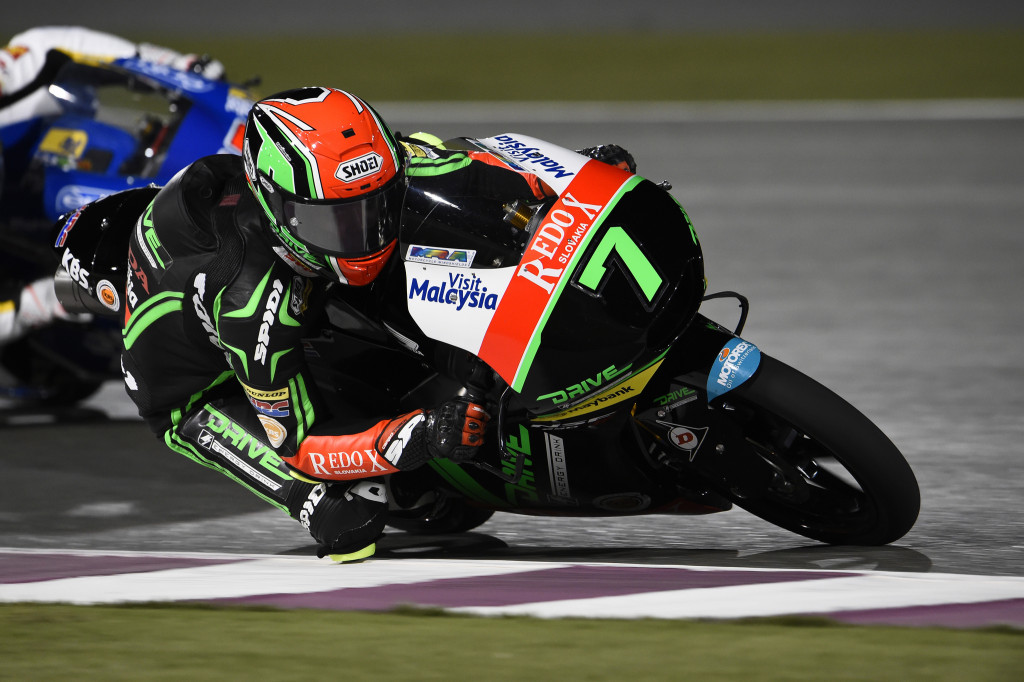 “I knew it would not be easy starting from 27th place, so I prepared so much last night and this morning about how to be in the race. Warm Up went really well and I finished the session in 16th; I felt a lot more confident and comfortable with the bike. The team did a really good job with the set-up today and I must thank them. I hope to continue my progress and improve more every round.” 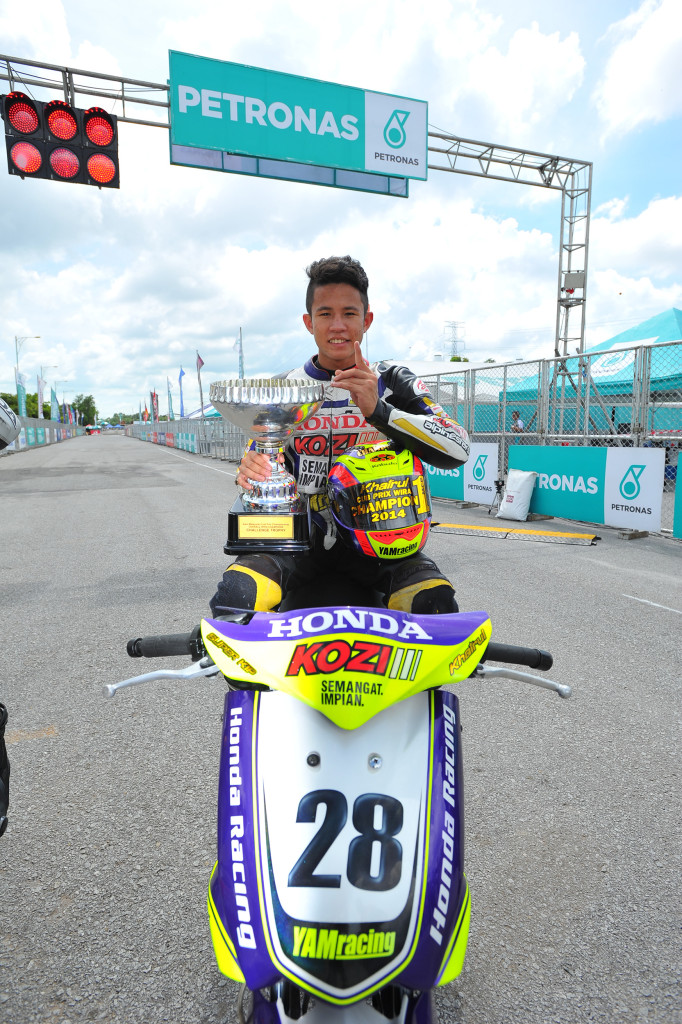 Adam isn’t the only Malaysain rider debuting in the World Moto3 stage this year as fellow countryman Khairul Idham Pawi who rides for the Honda Team Asia outfit joins him on the grid. Khairul Idham also completed his first outing in the world championship without a hitch, classifying himself not far off Adam’s pace in 22nd place. The youngster had previously proven his mettle in the CEV Junior World Moto3 category with a few podium finishes to his name, so we can expect him to progress further up the order this season. 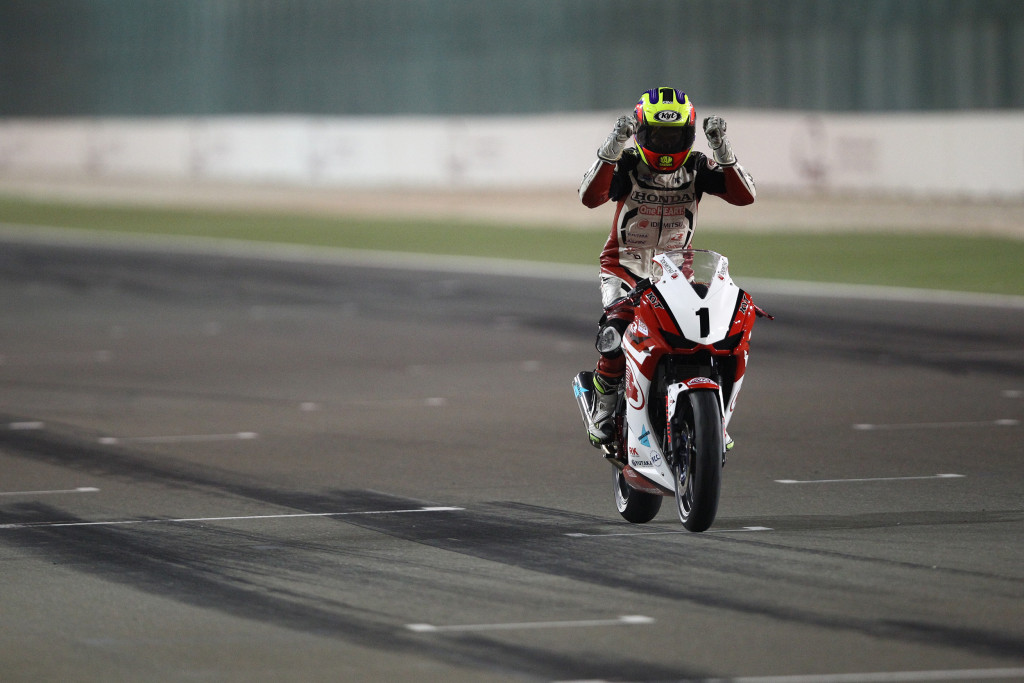 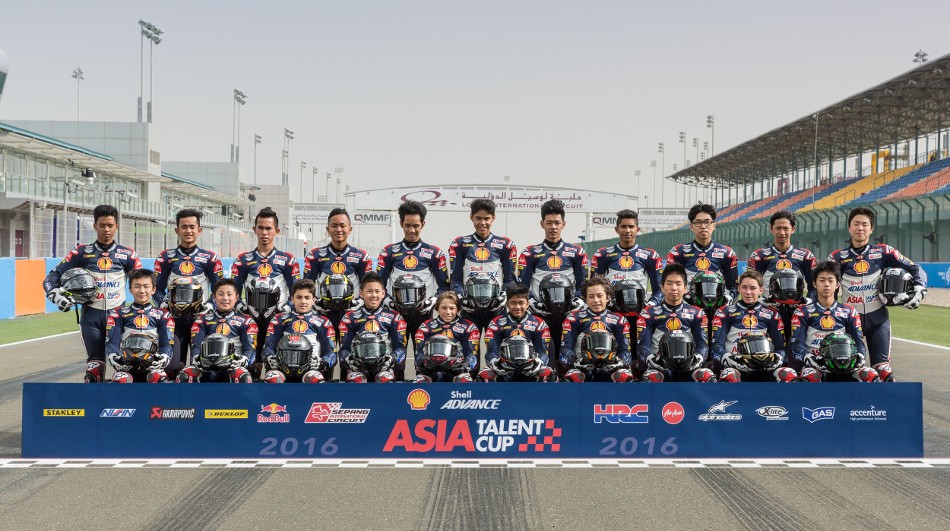 Ahmad Idham Khairuddin and Izam Ikmal represent Malaysia in the Shell Advance Asia Talent Cup feeder series this year. In Qatar, Idham was able to finish in 14th position in Race 1 on Saturday and he improved on it slightly with a 13th place finish in Race 2 on Sunday. 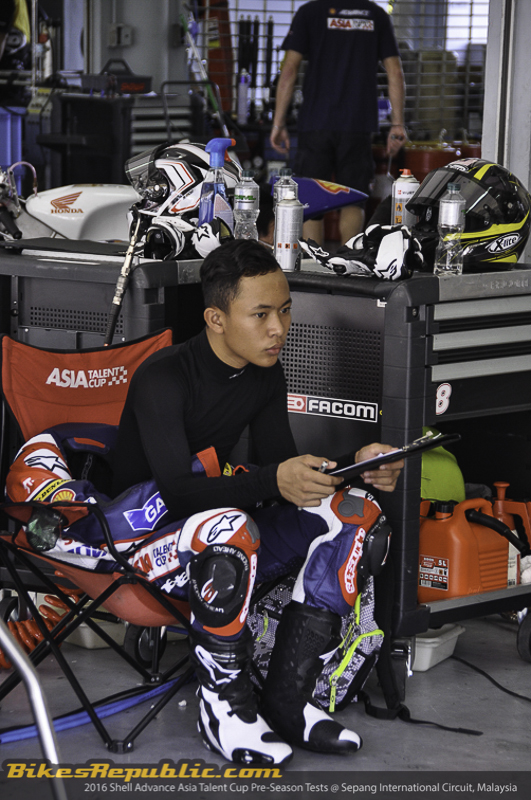 Ahmad Idham current sits in 15th position in the series’ standings with 11 points scored after four races. Having already raced in the series as a wildcard last year for several rounds, Ahmad Idham’s progress this season is one to look out for in the series. 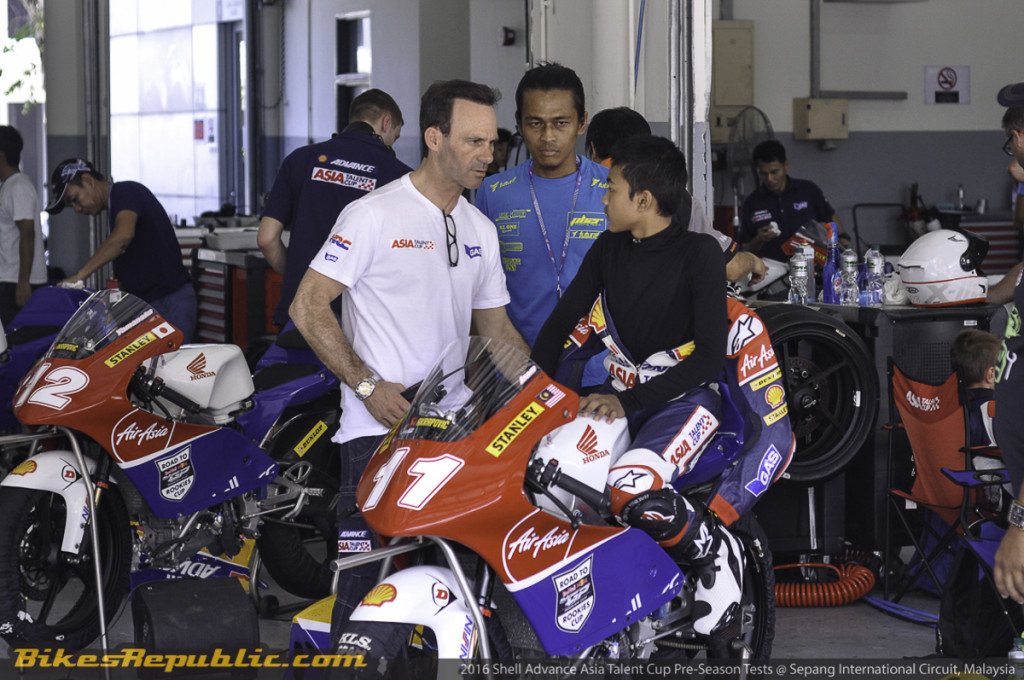 Next up comes rookie Izam Ikmal. Even for an established Malaysian MiniGP champion, the pint-sized youngster is having a tad bit of a tough time adjusting to the competition level here. Izam still hasn’t scored a point and he will be looking to change that come May when Round 3 gets underway alongside the Malaysian leg of the World Superbikes Championship (WSBK) in Sepang.