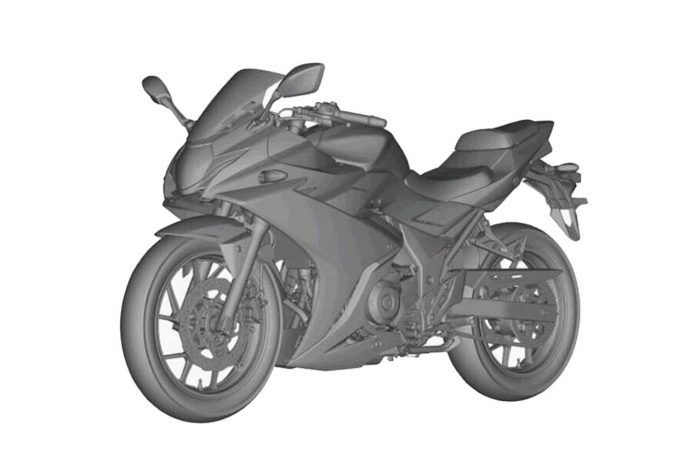 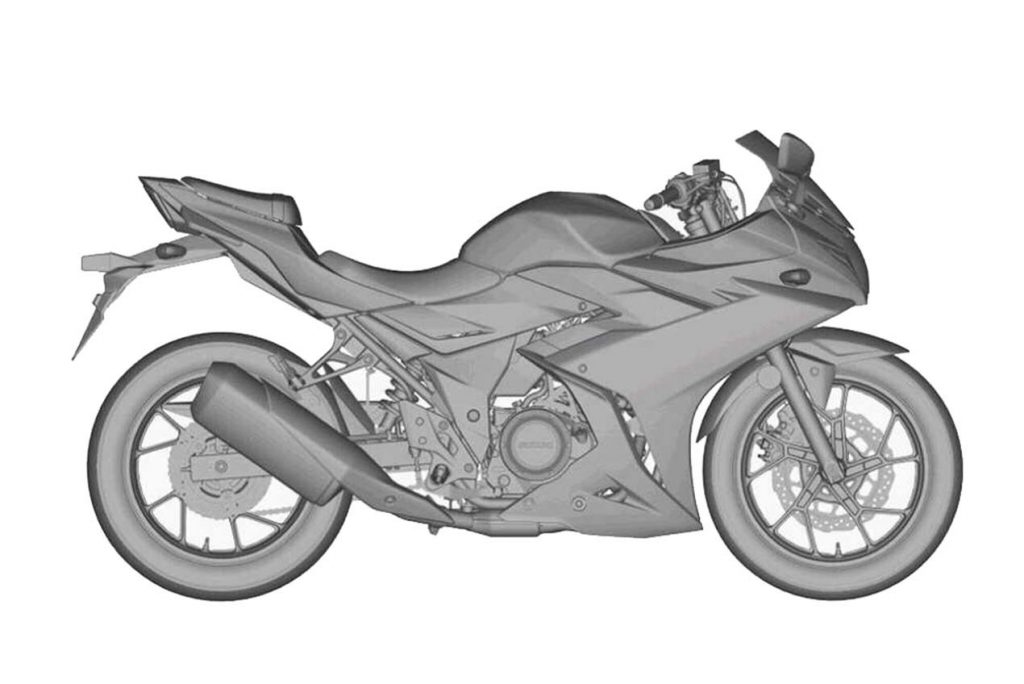 With Kawasaki, Yamaha and, more recently Honda, entering the highly competitive quarter-litre sports segment, it was only a matter of time before Suzuki entered this foray with a ‘Baby Gixxer’ of sorts.

With this recently reported patent leak of what is believed to be an upcoming Suzuki GSX-R250, we reckon it wouldn’t take long now for its arrival. The leaked patents made its rounds online after Australian Motorcycle News caught wind of it.

The Suzuki GSX-R250 or ‘Baby Gixxer’ model has been long rumoured for several years now. This leaked patent sketches has more or less confirmed House Hamamatsu’s intent to compete against its aforementioned three peers.

Interestingly, the patent shows the Suzuki GSX-R250 adopting traditional type front forks instead of inverted or upside down types as primed in rivals like the Yamaha YZF-R25, Kawasaki Ninja 250 and the Honda CBR250RR. 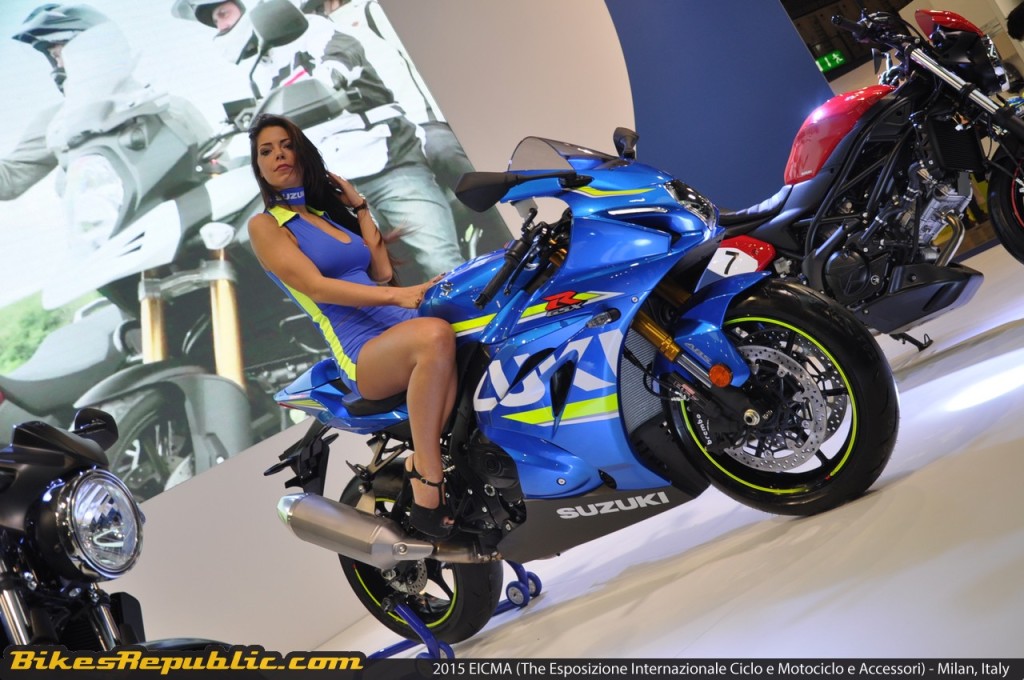 We can also note that the bike’s styling will resemble closely to the S-brand’s flagship new GSX-R1000 model that’s scheduled to hit markets worldwide later this year as a 2017 model.

Speculations are running high surrounding what will power the GSX-R250. Several quarters online indicate the adoption of the Suzuki GW250 Inazuma street bike’s 248cc parallel-twin powertrain. However, the crankcase seen in the patents don’t match with said model that’s also sold as the Inazuma 250 in Europe and as the GSR250 in Japan.

The true displacement of the patented bike remains uncertain. Nevertheless, it wouldn’t be surprising to see Suzuki adopting similar steps as Kawasaki and Yamaha in developing both 250cc and 300cc versions – the former for the Asian market and the later for the EU and US markets.

We’ll have more on this supposed new ‘Baby Gixxer’ as it develops over the next several months. Since it is already in patent stage, we wouldn’t rule out a possible debut or preview during the upcoming INTERMOT show in October or later during EICMA in November.