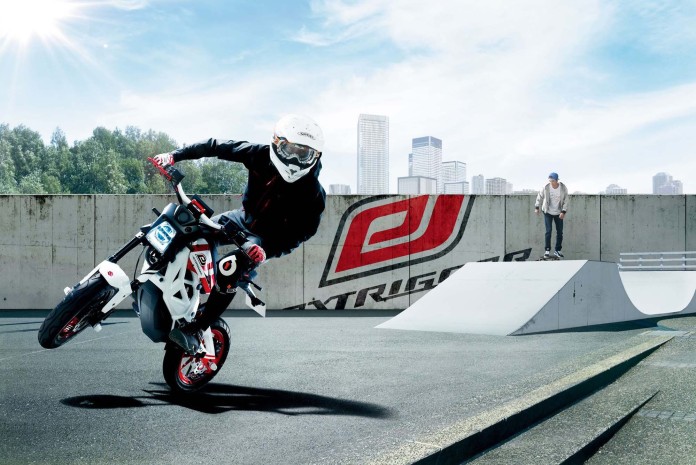 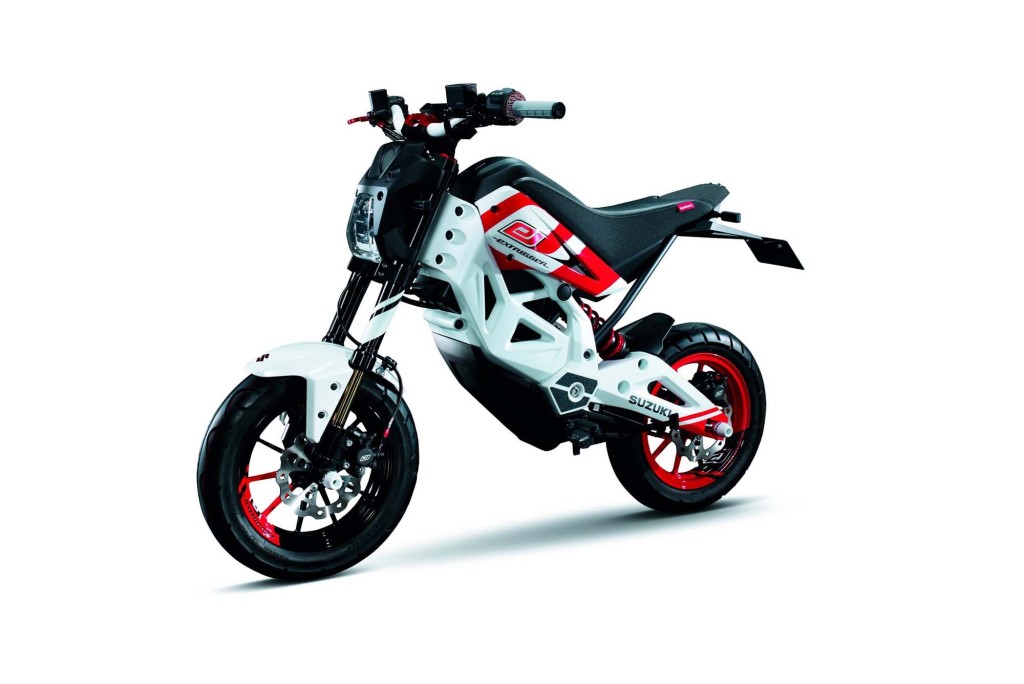 Revealed as a concept during the 2013 Tokyo Motor Show, the Suzuki EXTRIGGER concept showed the world that the Hamamatsu-based S-brand intended to fight against the Honda MSX 125 (Grom) and the Kawasaki Z125 Pro.

But, unlike the rivalling Kawasaki and Honda, the Suzuki EXTRIGGER concept harnessed electric power instead of petrol. This allowed it to stand apart from the recently updated Honda and the Kawasaki’s KSR 125 successor, giving consumers perhaps an alternative that’s both exciting and green. 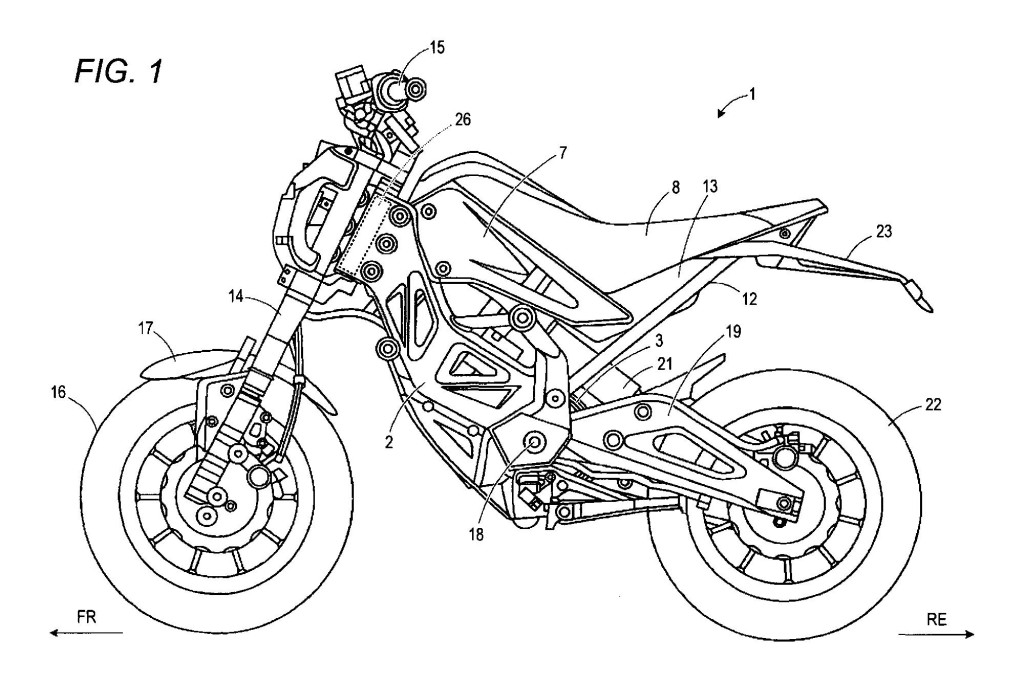 Now, a pair of leaked patents filed by the S-brand has perhaps signalled the firm’s serious intent at mass-producing the EXTRIGGER. Suzuki filed the patents for the plucky electric-powered monkey bike in the United States, China and Europe, perhaps hinting at the firm’s aim of selling the EXTRIGGER en-masse in big volume markets as such. 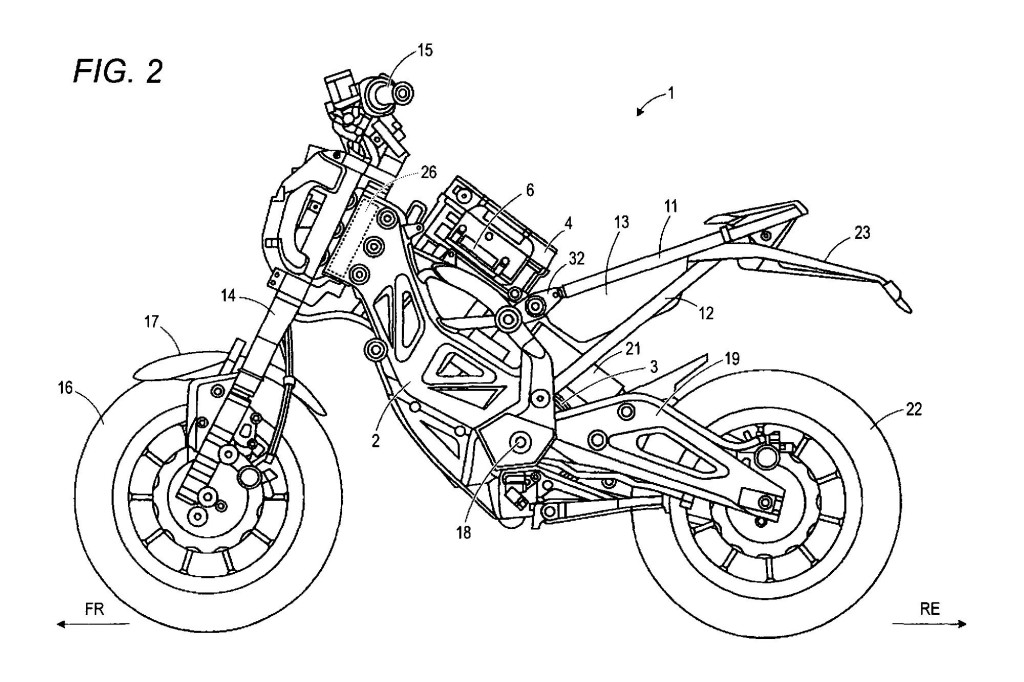 Since monkey bikes (or pit bikes) like the Z125 and MSX 125 are used mostly for short urban commutes and as a weekend fun toy for enthusiasts, the choice of using electric power is a smart move. It will make the Suzuki EXTRIGGER much easier to own and maintain compared to having a complicated petrol engine.

With said potential in mind, it would be interesting to see how the Suzuki EXTRIGGER would compete in terms of sales against the petrol-powered Honda MSX 125 and Kawasaki Z125 Pro. 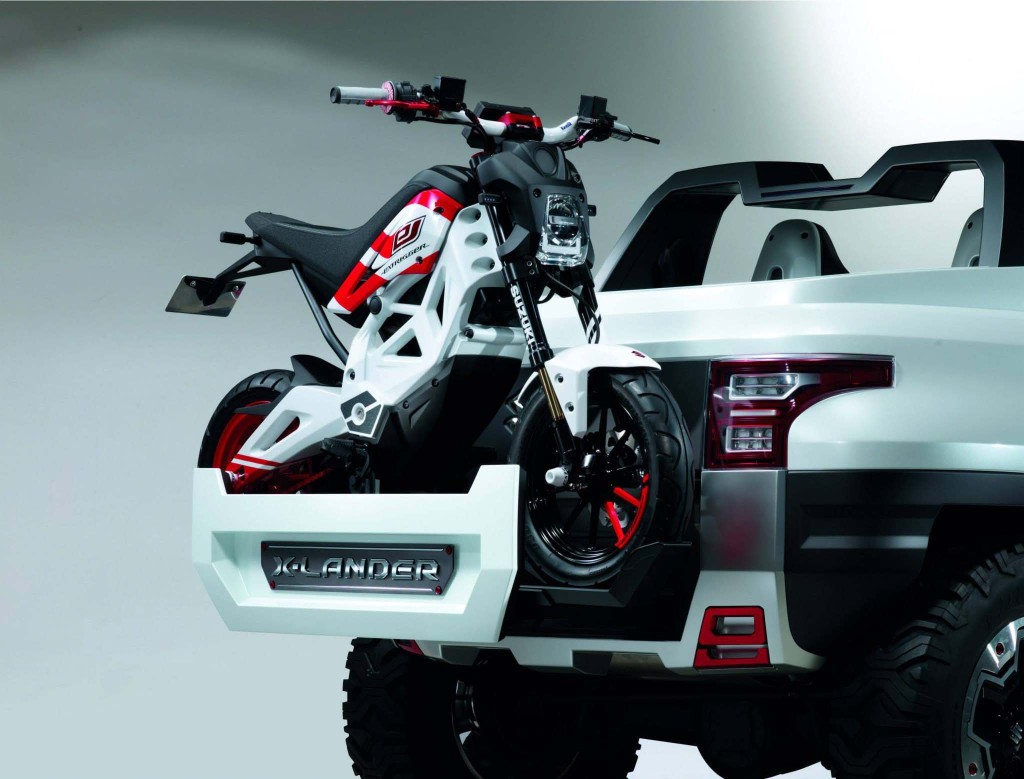 Based on the time normally taken by the firm from patent-filing to production, the road-going Suzuki EXTRIGGER is expected for launch during fall or winter – most likely a debut during either INTERMOT or EICMA – as a 2017 model.