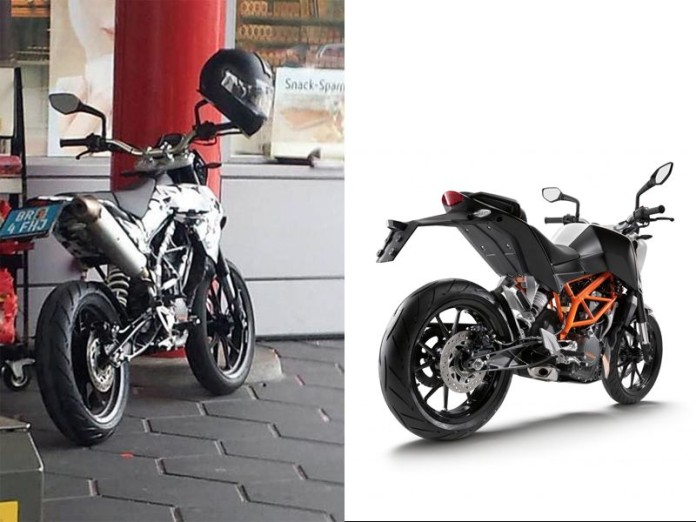 This is the first spyshot of KTM’s upcoming new 390 Duke-based supermoto, caught testing in the brand’s home country of Austria. 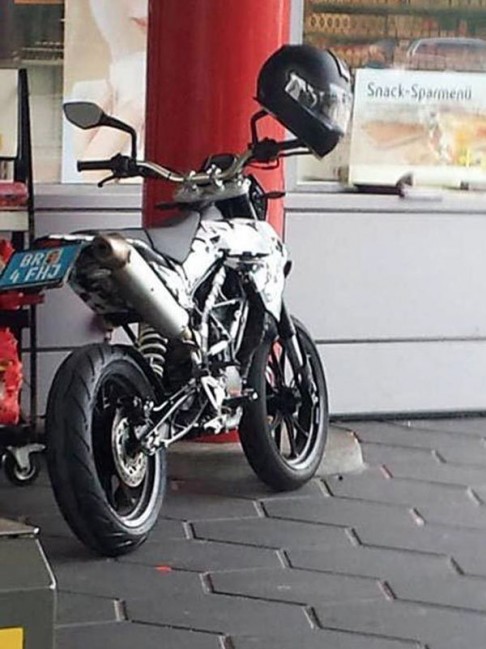 This image comes straight from an Austrian KTM enthusiast forum, posted by one of its members who spotted this test mule. Despite the camouflage paint scheme, we can clearly see that the swingarm is identical to the Duke 125, 200, and 390 models. Another indication of its small displacement other than its size comes from the single-disc front brakes. 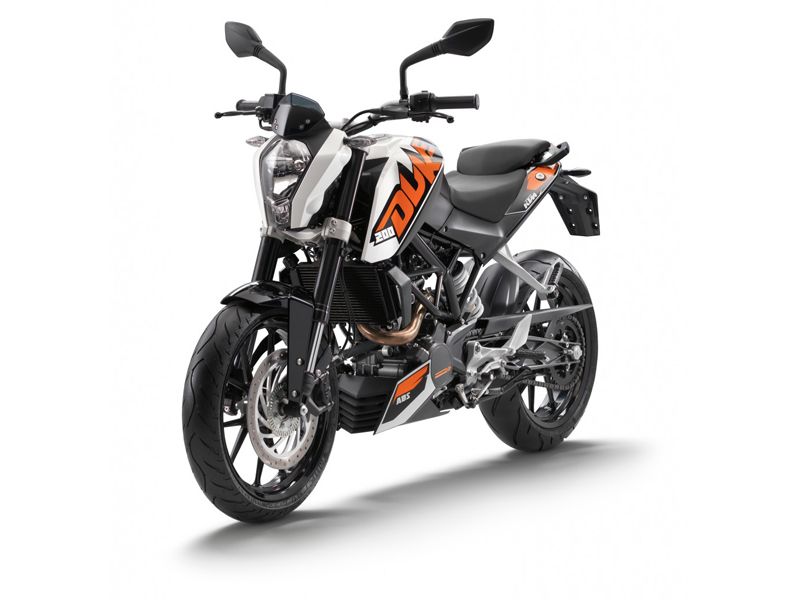 This is undoubtedly a supermoto or small ‘adventure-style’ version of the 390 Duke, having a much taller stance and a greater suspension travel as we can see from the image. Things appears to be going according to plan at KTM as this supermoto offshoot of the Duke was the next natural step many expected after the brand unveiled the full-faired sports versions in the form of the RC125, RC200, and RC390 models (read our report on them here).

This new model would likely carry the “Enduro 350” nameplate, and many sources suggest it would be fully revealed as a 2015 model sometime next year.