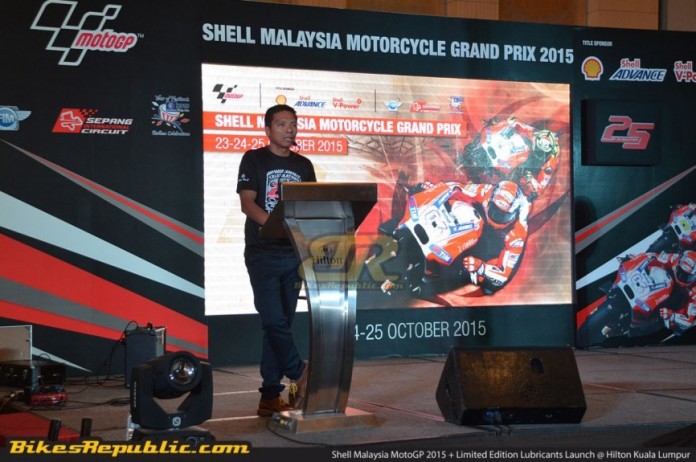 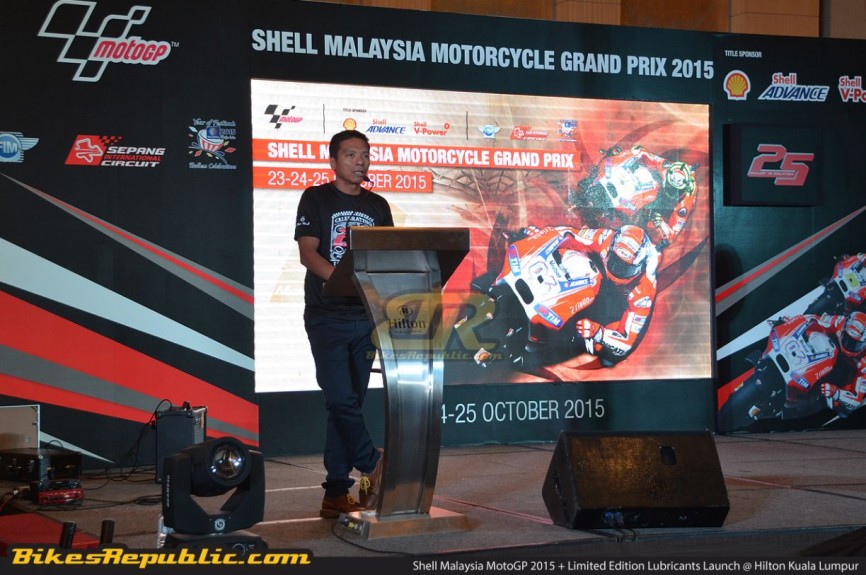 “This is a very special year for the Malaysian MotoGP as it marks the 25th anniversary of the event, from 1991 at the Batu Tiga Circuit in Shah Alam to its move to Sepang International Circuit in 1999 until now. It was the first major international motorsports event to be held at the Sepang Circuit and is the longest running international motorsports event hosted in Malaysia. The Malaysia MotoGP also continues to excite fans, as we can see by the consistent growth in attendance. In the last five years, we recorded more than 120,000 fans over three days annually from 2010 to 2014. This year, fans can expect exciting activities to mark the silver anniversary of this race,” said Dato’ Razlan. 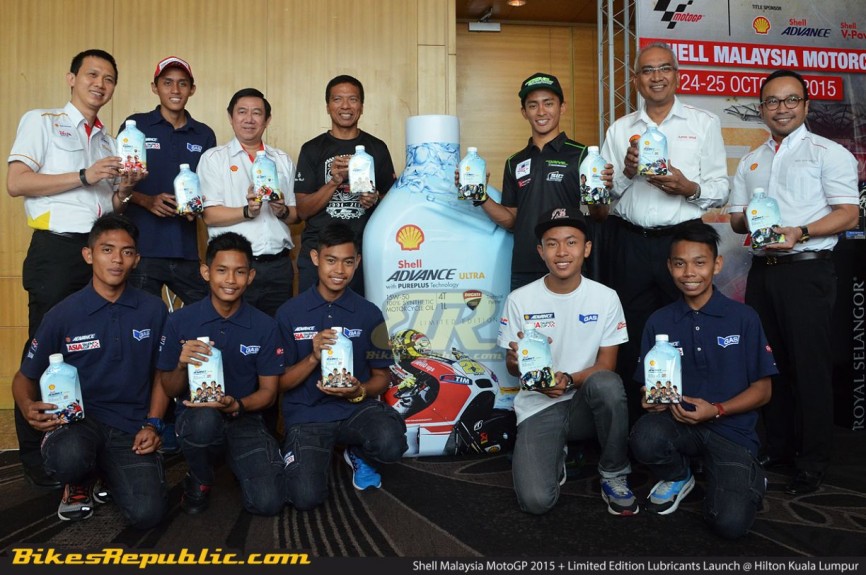 “Malaysian fans will have many opportunities to wave the Jalur Gemilang with pride when they cheer on the Drive M7 SIC Racing team as well as our other Malaysian riders, Hafizh Syahrin Abdullah and Azlan Shah Kamaruzaman in Moto 2, and five young talents in the Shell Advance Asia Talent Cup (ATC) – Shafiq Rasol, Adam Norrodin, Helmi Azman, Fakhrusy Syakirin Rostam and Azroy Anuar. Sports has a special ability to unify all Malaysians and we look forward to seeing Malaysians from all walks of life coming together to cheer on our riders and team,” he added. 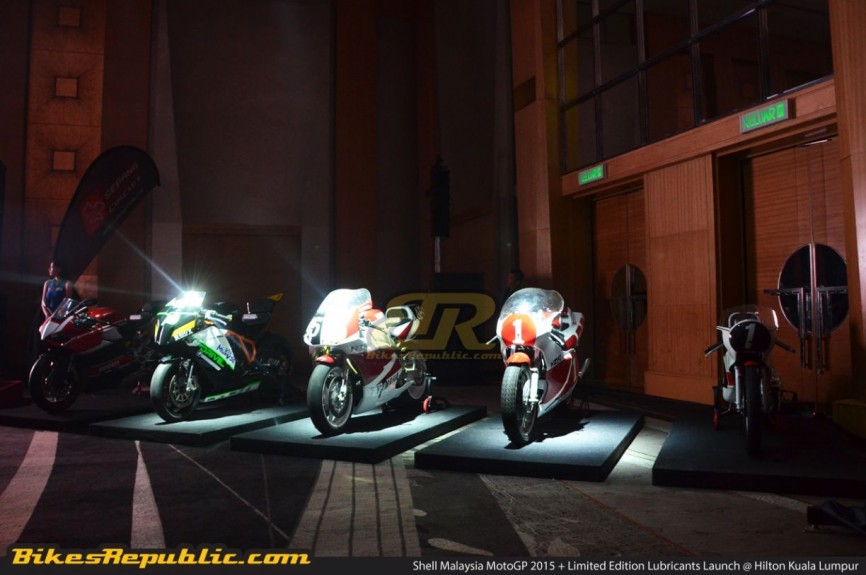 For fans of Valentino Rossi and Marc Marquez, they can enjoy a special experience with the tribune areas. The VR46 Tribune, the special seating zone for Rossi’s supporters will be located above Turn 1, also Rossi’s favourite stop to honour his fans after the race.

As for Marc Marquez fans, the Marc Marquez Tribune is located at the Main Grandstand’s Diamond zone, which sits above the starting grid, offering the best view of the circuit and all the action.

MotoGP Malaysia 2015 tickets are selling at RM212 for the Main Grandstand, RM 116.60 for the K1 Grandstand, RM84.80 for the F Grandstand and RM42.40 for the C2 Hillstand, all inclusive of GST. The three-day Premier Roving tickets, which allow fans to move around in all spectator areas, are available at RM318. This year, it includes a complimentary exclusive transfer service between the Welcome Centre, C2 Hillstand and F Grandstand for ticket holders.