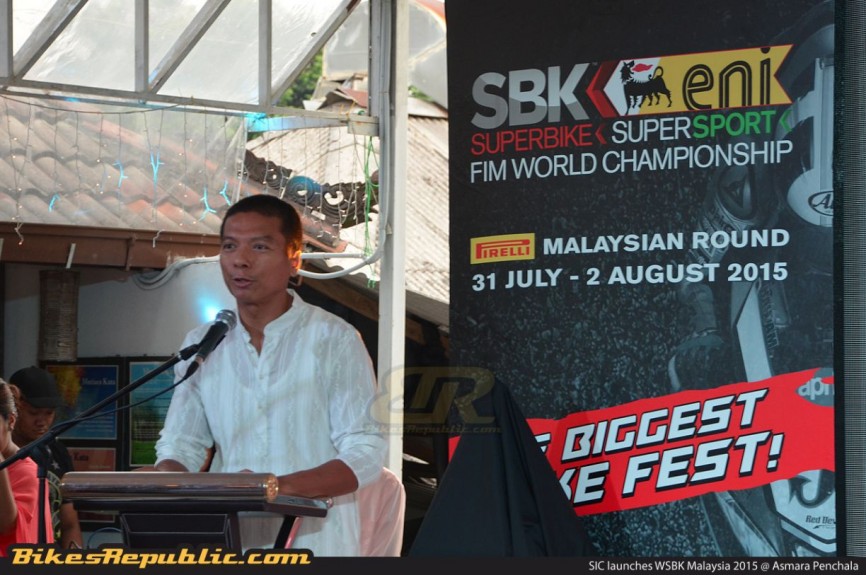 The Sepang International Circuit (SIC) held a special press launch ceremony this evening where it officially launched the upcoming Malaysian leg of the World Superbikes Championship (WSBK) this year. Along with the launch, the circuit also announced that it has employed a special wildcard rider for the event as well. 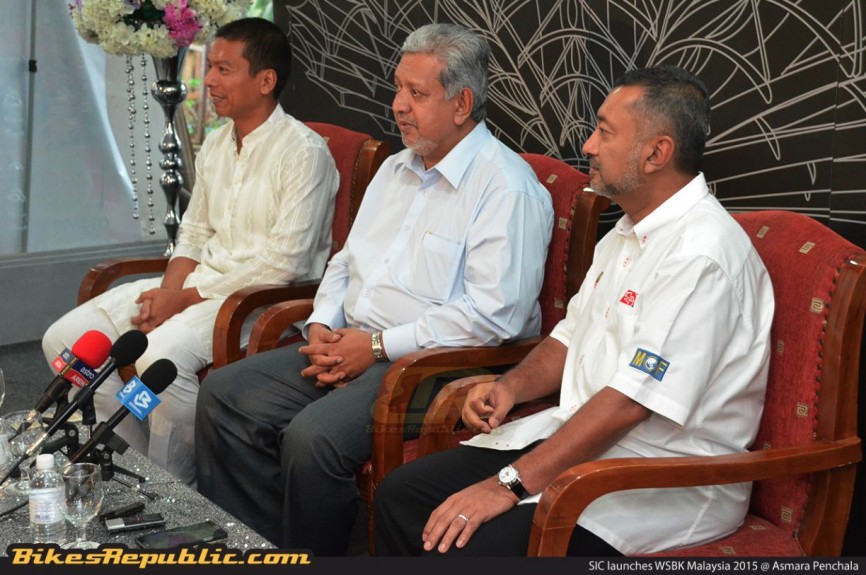 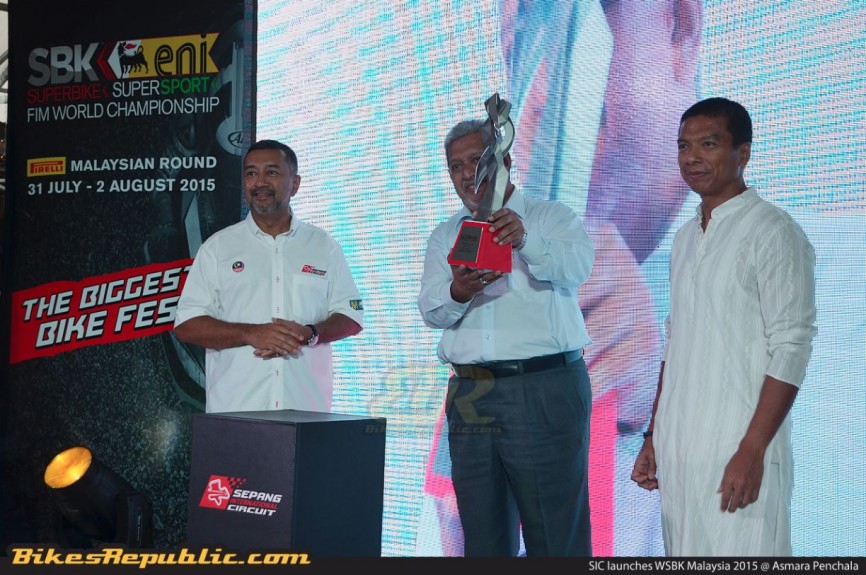 The event kicked off with the official launch of WSBK Malaysia 2015 by SIC, which returns for the second time after a successful inaugural run last year. The three VIPs were also on hand to reveal the event’s new winner’s trophy crafted local pewter artisans Royal Selangor. 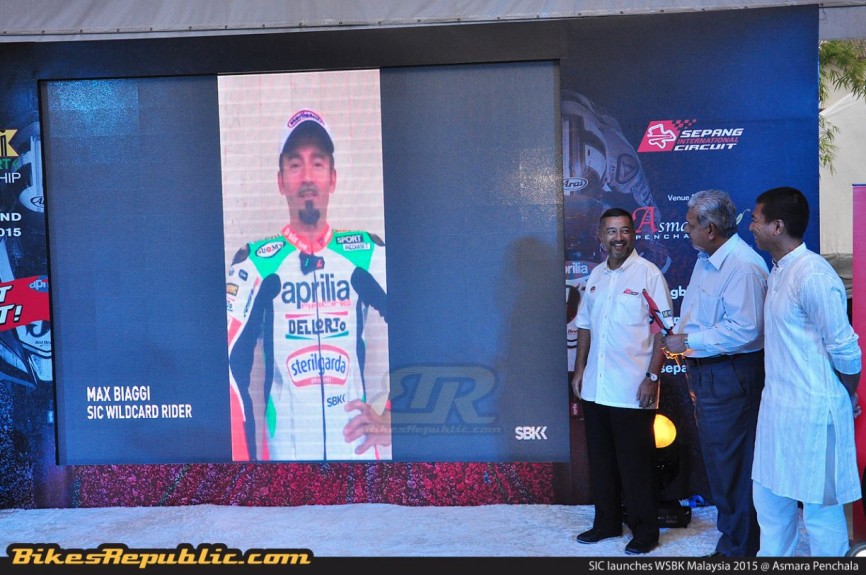 The circuit’s management then kicked things into high gear shortly after when it announced that it has employed legendary bike racer Max Biaggi as its wildcard rider this year. Datuk Razlan explained that Biaggi was chosen due to the unavailability of a local ace at the present time.

The Italian rider is no stranger to the world of racing, having raced in both MotoGP and WSBK prior to his ‘retirement’. Datuk Razlan further highlighted that Max, who is known amongst his legion of fans as ‘The Roman Emperror’, was also chosen in an effort to entice more Malaysians and fans abroad to attend WSBK Malaysia 2015 this year. 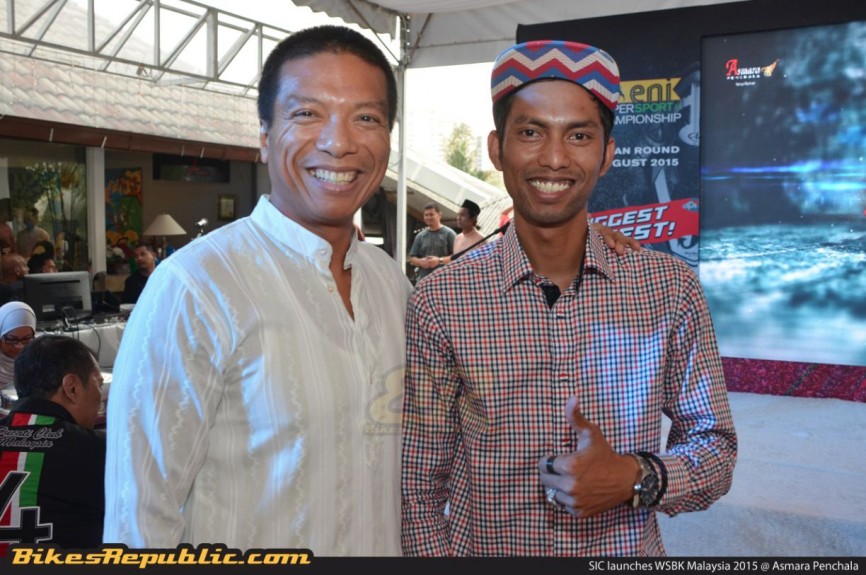 In the press conference held shortly before iftar, Datuk Razlan further elaborated that Max Biaggi will race astride an SIC-sponsored Aprilia WSBK race machine in the premier class.

Besides the presence of Max Biaggi on an SIC-liveried Aprilia SBK bike, a sleuth of support activities, both on- and off-track have been arranged for the weekend. Firstly, the weekend’s WSBK and World Supersports (WSSP) races will be supported with the third round of the Shell Advance Asia Talent Cup 2015 Moto3 races, followed by the second round of the Malaysia Superbike Championship 2015 season (MSC 2015), as well as the second round of the inaugural Ducati Desmo Cup Malaysia 2015 (formerly Ducati 899 Cup Malaysia). 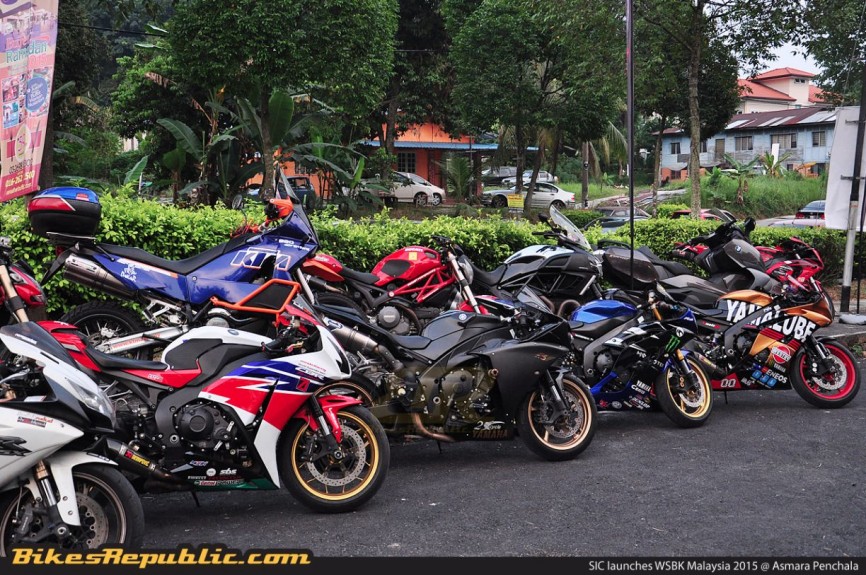 Elsewhere off of SIC’s 5.5km main track, the weekend will feature what SIC dubs as the ‘largest ever bike festival’ in its mall area. Datuk Razlan confirmed that up to 25 vendors have signed up for this and it includes big household names such as the Naza Two Wheels Division, as well as several notable manufacturers such as Kawasaki amongst others.

Also held in conjunction over the weekend will be the Malaysian Supermoto Championship 2015 national races, the Motack moto gymkhana competition, as well as the MotoJamm stunt and trial bike arena. In short, the WSBK Malaysia 2015 weekend is set to be an action-packed weekend with plenty for fans to enjoy in and around the vicinity of the circuit.

WSBK Malaysia 2015 will be held from July 31 until August 2. Tickets have already gone on sale with the early bird promo period coming to an end recently. Ticket prices begin from as low as RM84.40 and fans can even opt for special ticket offers from the circuit such as the Max Biaggi Tribune priced at RM153.70 per pax. Fans can purchases Paddock Access for only RM530 per pax as well which grants exclusive behind-the-scenes pit access.

More information can be obtained by visiting the circuit’s official website www.sepangcircuit.com or by calling its ticketing hotline at +603-8778 2280.