Round up of the day’s Qualifying results in MotoGP, Moto2, and Moto3 in Sepang ahead of Sunday’s Shell Advance Malaysian MotoGP raceday. 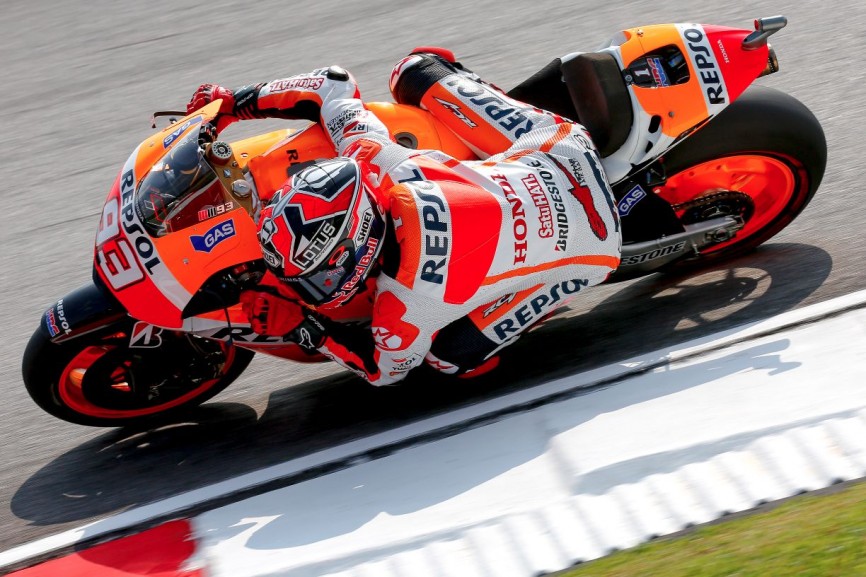 MotoGP
Marc Marquez set a record-breaking time of 1:59.791s to secure pole ahead of Repsol Honda teammate Dani Pedrosa who was just 0.182 seconds slower. This comes as as big blow to Pedrosa given his top form throughout the free practice sessions. Completing the front row is Movistar Yamaha’s Jorge Lorenzo clocked in 2:00.203s as his best lap. 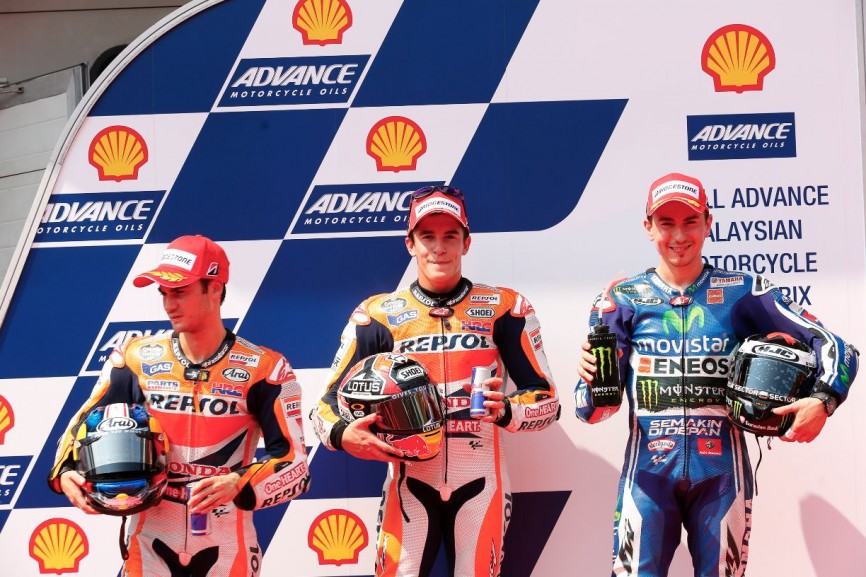 Highlight of the day ultimately goes to Marc Marquez as he became the first rider to officially clock a laptime under the 2:00 mark on a race weekend at Sepang. Adding further to his already impressive list of records, this is Marc’s 50th career pole and the 13th of the season, setting another new record there and then.

LCR Honda’s Stefan Bradl and Ducati’s Andrea Dovizioso make up the second row of the grid after managing to clock in just a second off of Marquez’ blistering pace. Crowd favourite Valentino Rossi, Aleix Espargaro, Cal Crutchlow, Bradley Smith, and Alvaro Bautista round off the premier class’ top ten. 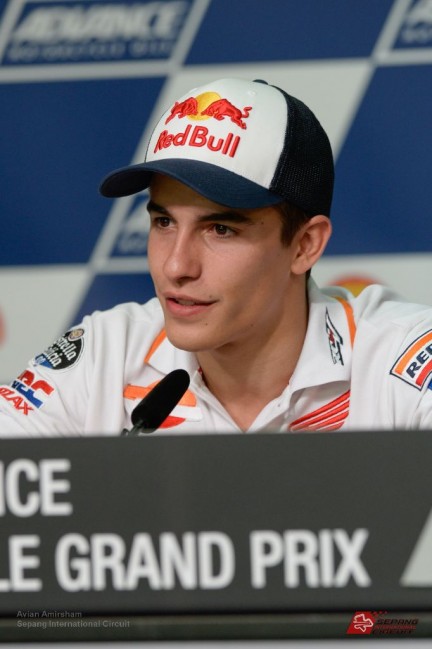 Following a dramatic crash in FP3, Monster Yamaha Tech3 rider Pol Espargaro could only qualify in 12th. Despite having advanced into Q2, Pol was declared unfit to participate following the aforementioned crash that sae him break a bone in his left foot. His fitness to race will be assessed once again on Sunday morning.

Drive M7 Aspar’s Hiroshi Aoyama also suffered a fall during his stint during the day’s second qualifying session. With Pol Espargaro absence in the session though, the Japanese did end the day with his 11th place on the grid for tomorrow’s race. 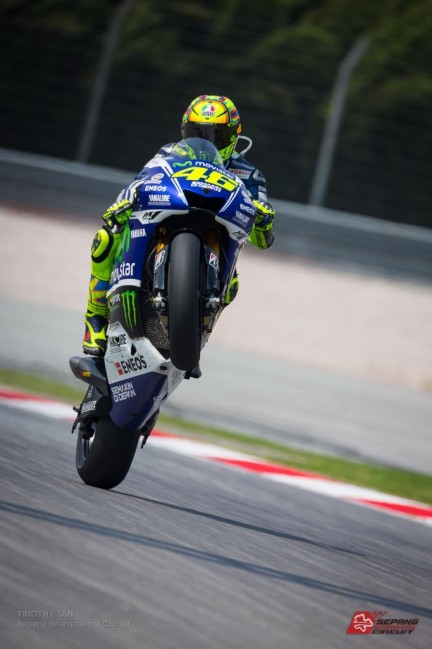 Finally, Pramac Ducati rider Andrea Iannone was also declared unfit to participate further in the Grand Prix earlier in the day. This comes as a result of his left arm injuries he sustained after his Friday crash that ultimately left him struggling for strength and power. 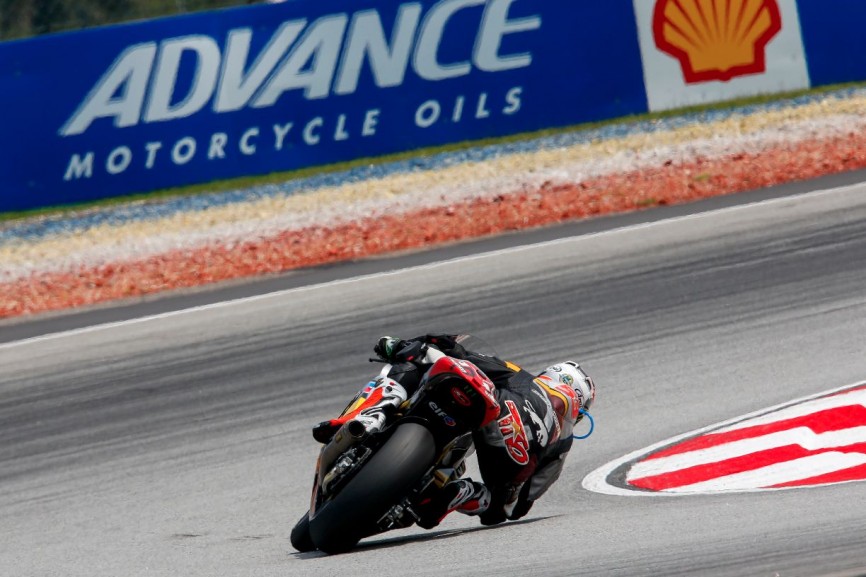 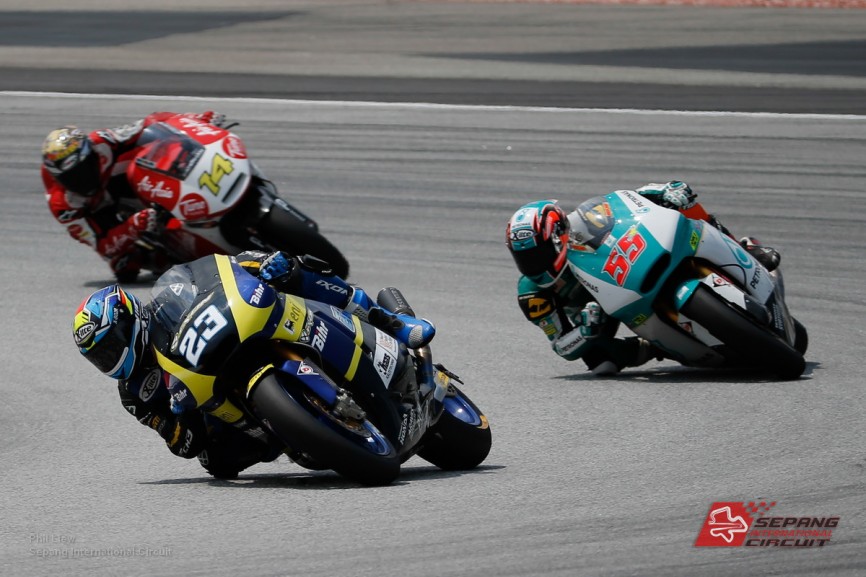 Championship leader Rabat undoubtedly dominated the session, marking his tenth career pole position in the process as well. At this rate, Kallilo will need to score a top two finish in order to keep his chances alive. Kallilo currently sits 41 points behind in second overall from Rabat’s total of 310 points.

The top five was then completed by rookie Maverick Viñales from the Paginas Amarillas HP 40, followed by the resurgent Interwetten Sitag’s Thomas Luthi, and Idemitsu Honda rider Takaaki Nakagami. 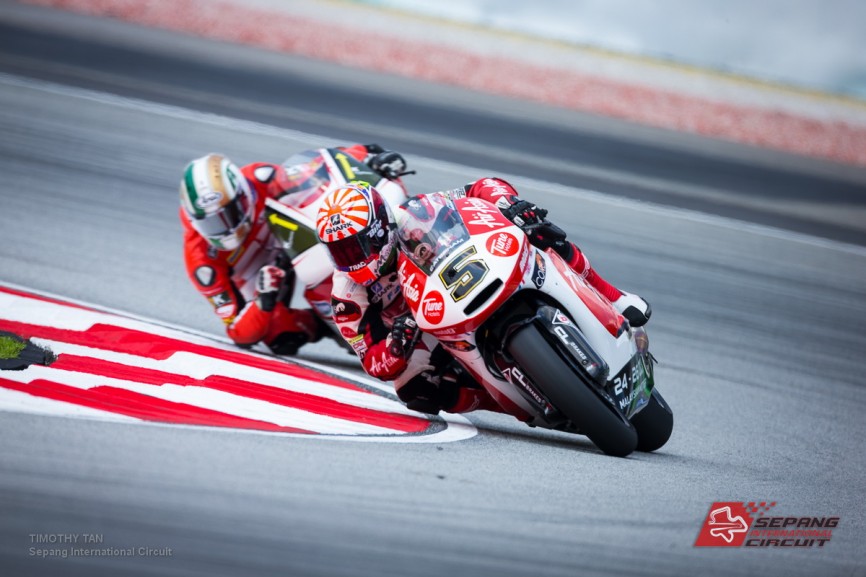 On the Malaysian front, Petronas Raceline rider Hafizh Syahrin could only muster a best time of 2:08.558, placing him 18th on the Moto2 class’ starting grid. Further down the order is fellow countryman and Idemitsu Honda rider Azlan Shah could only settle for 29th on the grid for tomorrow’s race. 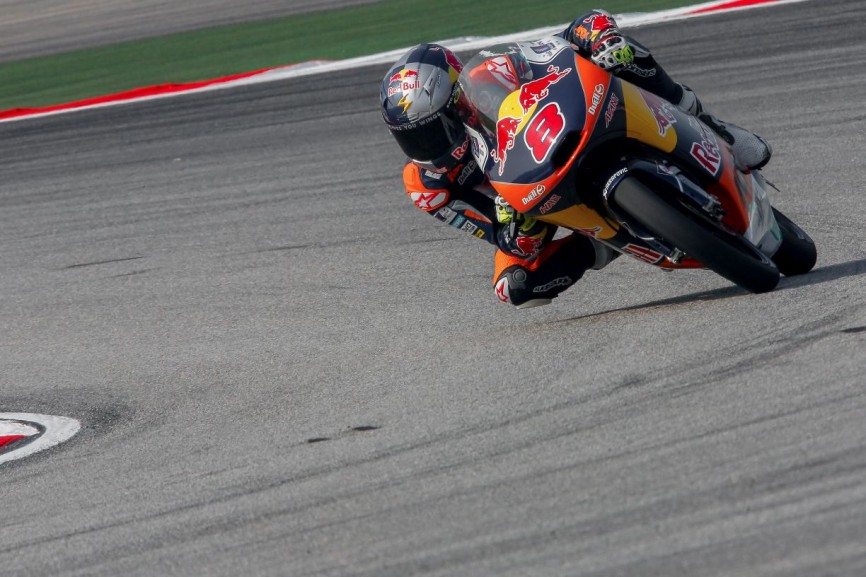 Moto3
Jack Miller of Red Bull KTM Ajo set the pace early on today, posting a stunning lap of 2:12.450. With the feat, Miller also claimed his eighth pole position of the year ahead of McPhee (SaxoPrint-RTG). The Scottish rider was 0.459 seconds off the day’s pole position timing. 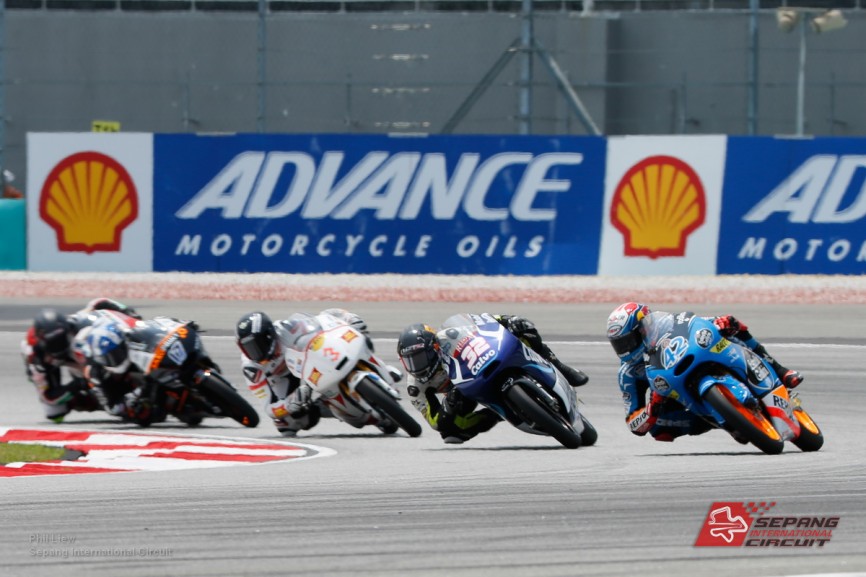 Meantime, Jakub Kornfeil of the Calvo Team completes the front row, with his fastest timing in the session, standing just and was 0:566 seconds off from Miller’s lap. Completing the top five are SaxoPrint RTG rider Efren Vazquez and Alex Marquez from the Estrella Falicia. This time round, the younger sibling to newly crowned world champion Marc Marquez goes into the race with his first chance of snatching the 2014 Moto3 world title. 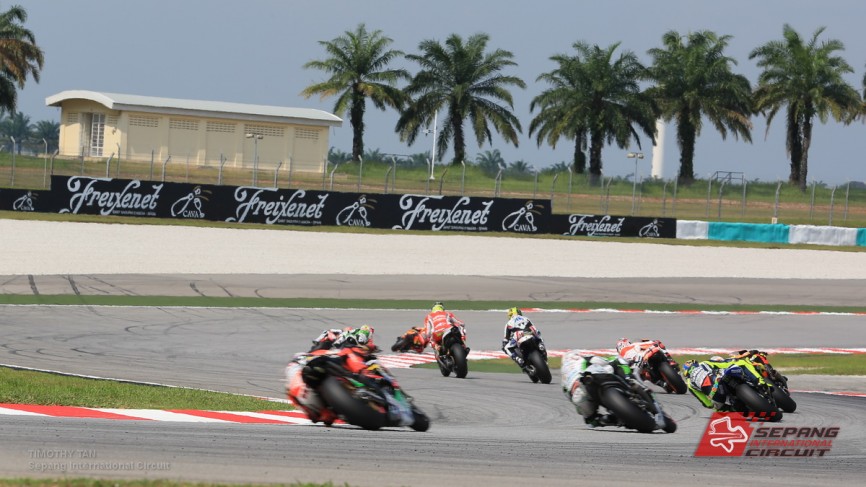 Just like in Moto2, the Malaysian encampment in Moto3 suffered a dismal outing. Hafiq Azmi of team SIC-AJO could only qualify 16th ahead of Zulfahmi Khairuddin in 22nd. Further down the order is Hafiza Rofa who could qualified in 31st.

The action kicks off tomorrow in Sepang starting with MSS Bikes at 8am, followed by Shell Advance Asia Talent Cup at noon. Moto3 will flag off at 1pm, with Moto2 following shortly after at 2:20pm before the MotoGP main event at 4pm.