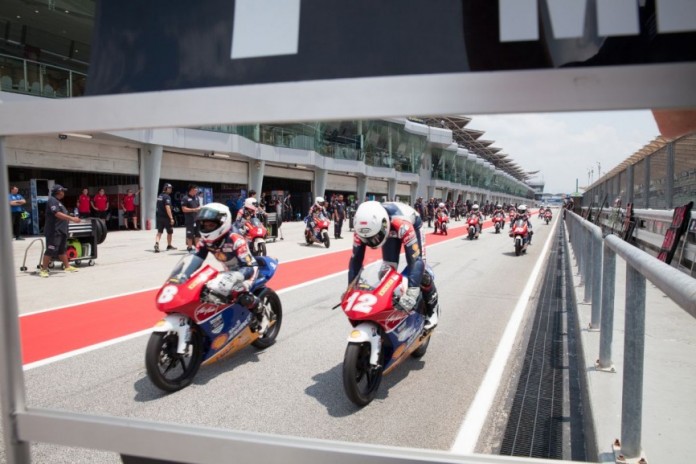 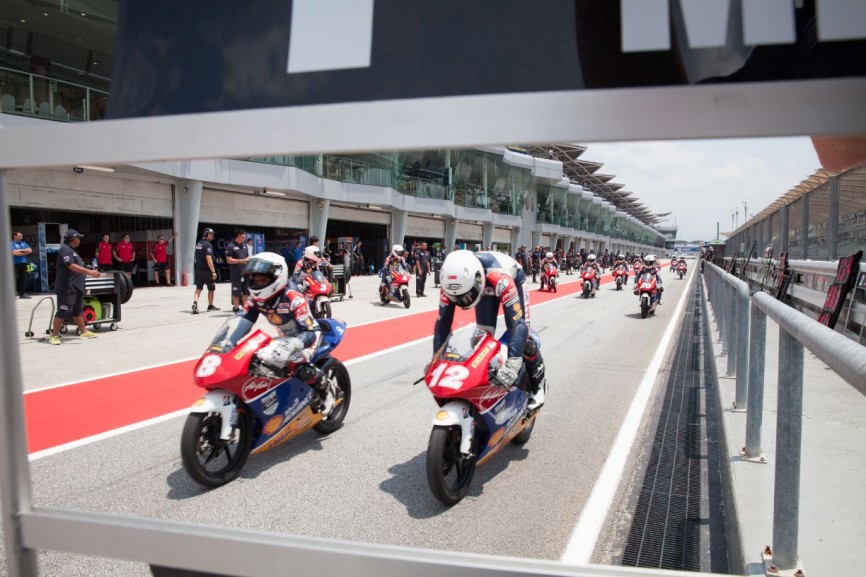 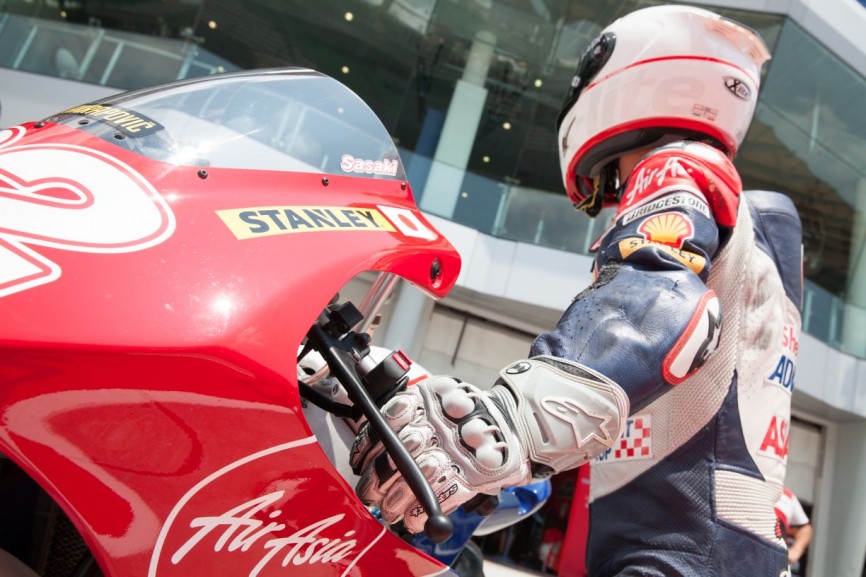 Friday started off with two practice sessions, one held at noon, followed by another in the late afternoon. With both sessions ran under perfectly dry conditions, the usual suspects were at play here with trading ranks as the fastest rider of the pack. These included Ayumu Sasaki, Kaito Toba, current championship leader Yuta Date, as well as local ace Shafiq Rasol. 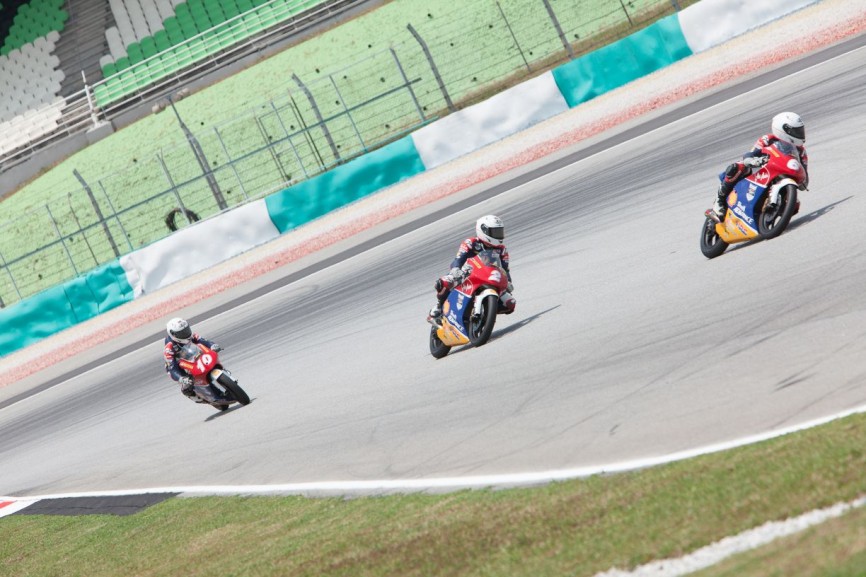 Showing excellent consistency here was Shafiq Rasol, having ranked second fastest in both sessions prior to the Qualifying session at the end of the day. Topping the time sheets in FP1 was championship leader Date with a fastest timing of 2:19.636 whilst top honours in FP2 was claimed by the pint-sized Sasaki with a much faster lap timing of 2:19.235. 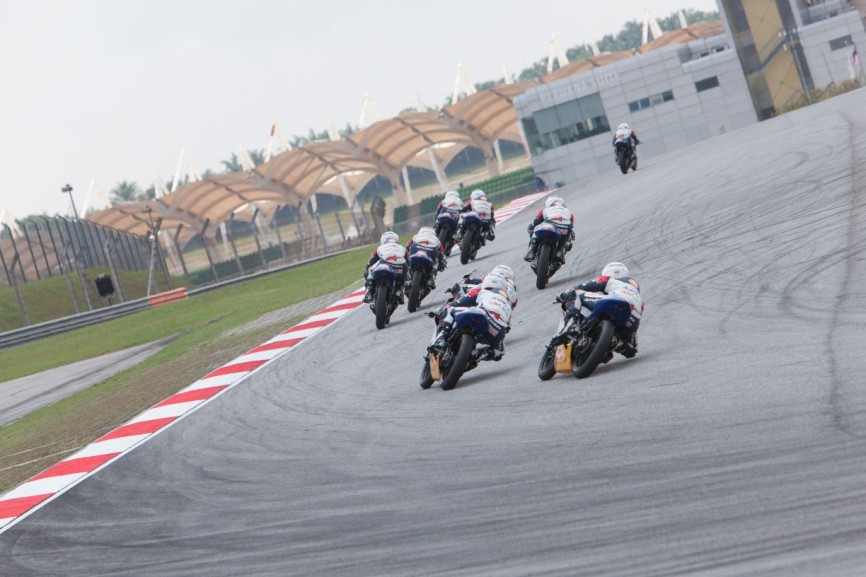 A late afternoon shower just after practice did dampen the track slightly, but it did little at discouraging the Shell Advance Asia Talent Cup grid from giving it their all in the season’s final Qualifying session. And, as always, there were some surprises and spoils here to note. 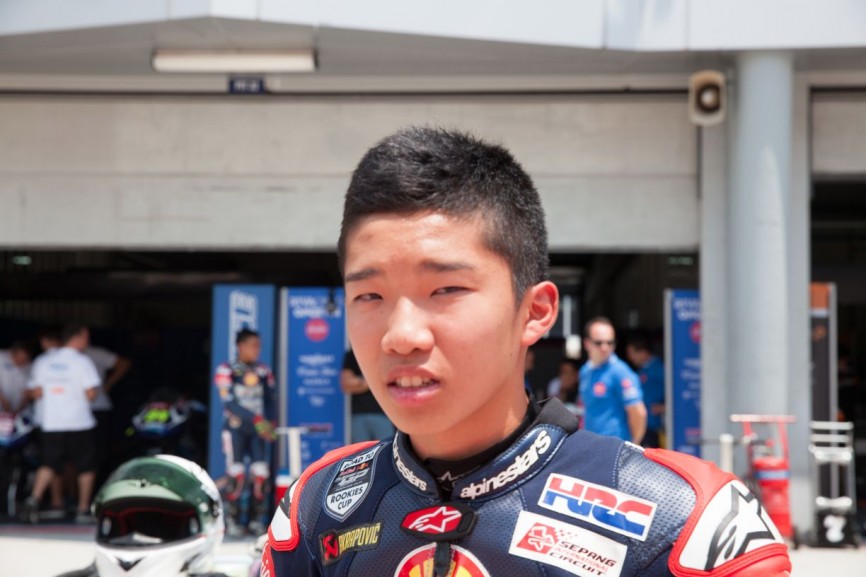 First to falter was Date, having only claimed fourth fastest in the session, settling for a second row start for both races. 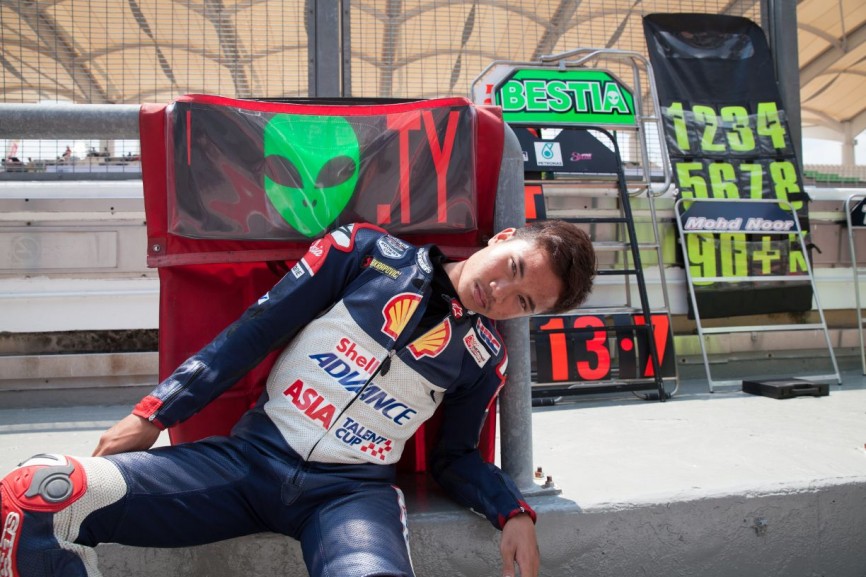 The previous pole-sitter in Sepang, Thai rider Nakarin Atiratphuvapat couldn’t repeat the magic he had here before, but was quick enough to claim third fastest with a timing of 2:18.842.

“What was difficult for me today were not the damp conditions, but the fact that everyone has gotten into a much faster pace than the last time we were here,” explained the Thai rider who has proven his exceptional qualifying craft this season. He added, “What made things really difficult for me was the traffic I encountered. It wasn’t until the final few minutes that I found a gap and went all out.” 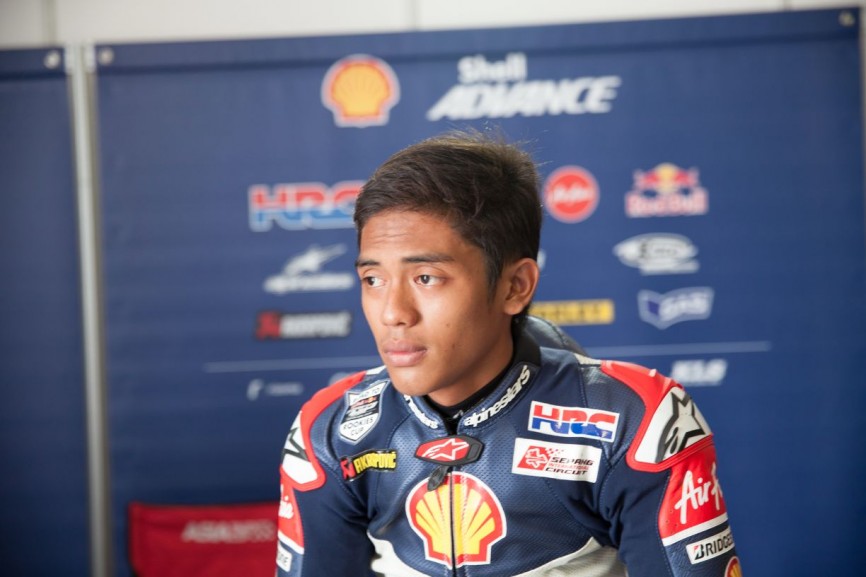 The second and perhaps biggest spoiler was the Malaysian encampment faltering in their final qualifying session. Firstly, Shafiq Rasol, who has shown promise all day long, suffered a low-sided crash as he was tackling Turn 14. Despite having only completed fewer laps, the Malacca native did manage to rank himself in fifth with his fastest time of 2:18.913, placing him on the second row of the grid.

Distraught, Shafiq was clearly disappointed with the incident. “As I was entering Turn 14, the front of bike began loosing grip first. I tried to counter it by adding throttle, but then the back end just decided to go as well and I low-sided, explained Shafiq as to what happened. He further added, “I will have to work extra hard for tomorrow. I’m going to try and push as hard as I can from the second row.” 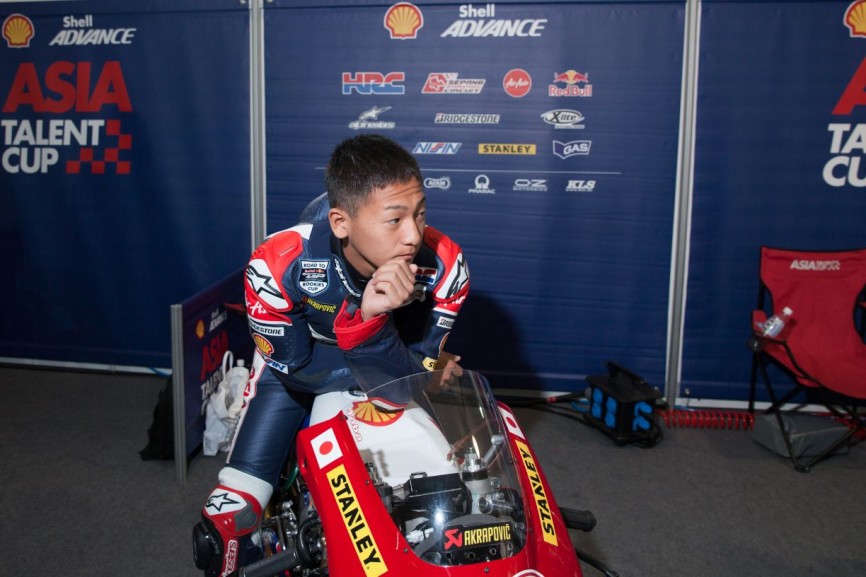 Claiming the top two spots here were Toba and Sasaki. Toba managed to clock in the session’s fastest time of 2:18.242 in the last few minutes of the session, improving his chances further of snatching the championship title from Date. “Today, I wasn’t thinking so much about the championship in the session. All I was focused on was getting pole position” said Toba.

When asked about strategy for the races, as he always have in most races, Toba surprisingly said: “My strategy for the races this weekend is simple, and that is I’m am going to push as hard as I can from the very start and create a good gap.” Presently, Toba is just two points behind Date in the standings and has the potential to be crowned champion by weekend’s end. 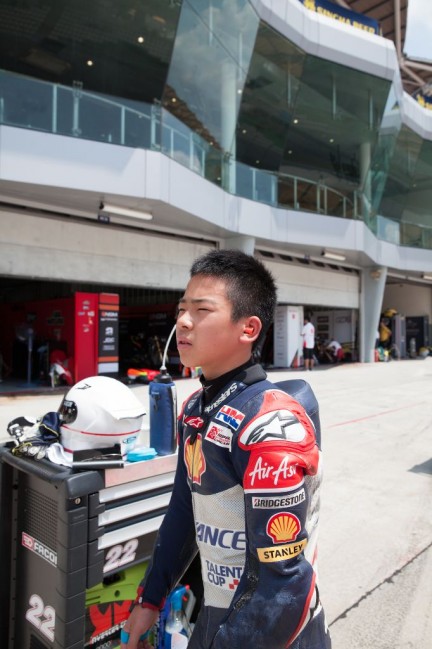 Pint-sized Sasaki, on the other hand, put it a best time of 2:18.603, making it his personal best effort on the Sepang circuit. Sasaki expressed, “Although I am starting in second, I feel confident I can do my best in the races tomorrow and Sunday.”

With the championship title going right down to the wire this weekend, the Shell Advance Asia Talent Cup season finale races is set to heat up the already sizzling Sepang circuit further. Who will be crowned as the first ever Asia Talent Cup Champion? Watch this space for updates through out this weekend.