Sasaki and Masaki storm up to front row but Malaysians Rasol, Rostam and Norrodin hot on their heels ahead of Shell Advance Asia Talent Cup 2015 Round 3. 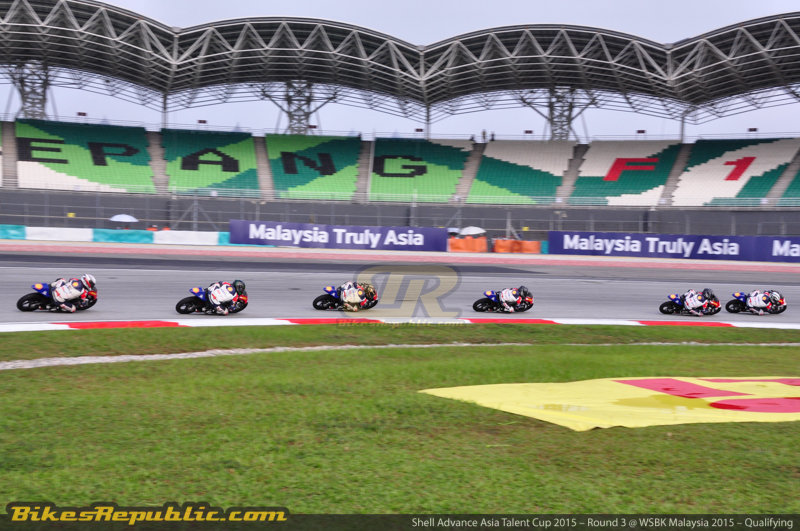 Qualifying for Round 3 of the Shell Advance Asia Talent Cup 2015 unfolded here in Sepang. The 30-minute session began early at 9:00am local time and all 21 riders took the track. 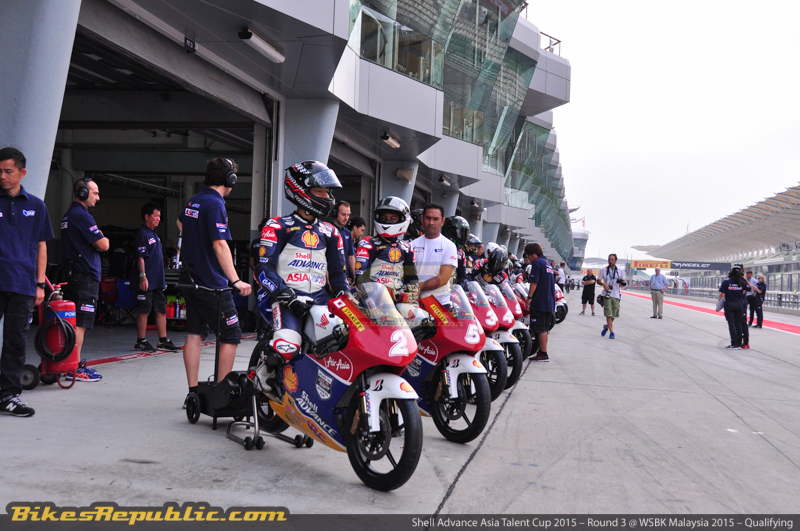 The first piece of good news we got for you is that Helmi Azman was cleared to take part in Qualifying – much to the relief of his fellow countrymen and family members present in support. However, Helmi’s pace was undoubtedly not optimal, resulting in him qualifying in 13th position just ahead of rookie Azroy Anuar in 14th, followed by wildcards Idham Khairuddin in 18th and Luth Erwan in 21st. 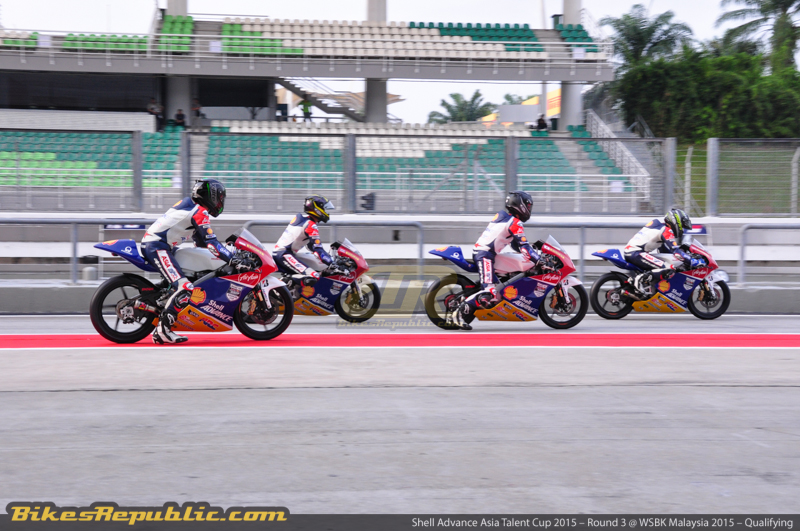 All eyes for the session were on three other Malaysians, that being Shafiq Rasol, Adam Norrodin and Fakhrusy Rostam as the trio battled it out against several of the grid’s Japanese riders for the fastest times. Setting the pace early on was Yuta Date and Ayumu Sasaki, but Rostam stormed up the timing board soon after, clocking in his best time of 2:18.419 to qualify fourth on the grid. 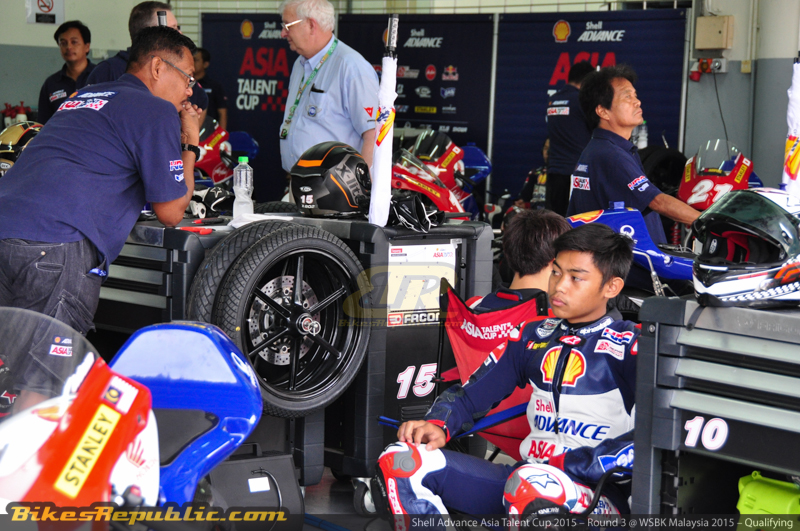 Towards the later stages, Sasaki managed to squeeze in a blistering laptime of 2:17.285, which secured pole position for the 14-year-old Japanese speedster. Not far behind him was 14-year-old Kazuki Masaki who qualified second with his fastest time of 2:18.046 – a close 0.761 seconds behind Sasaki. 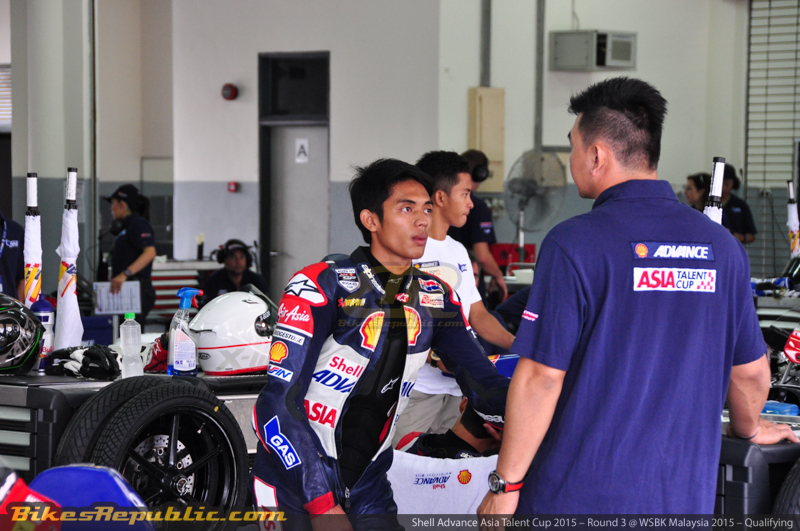 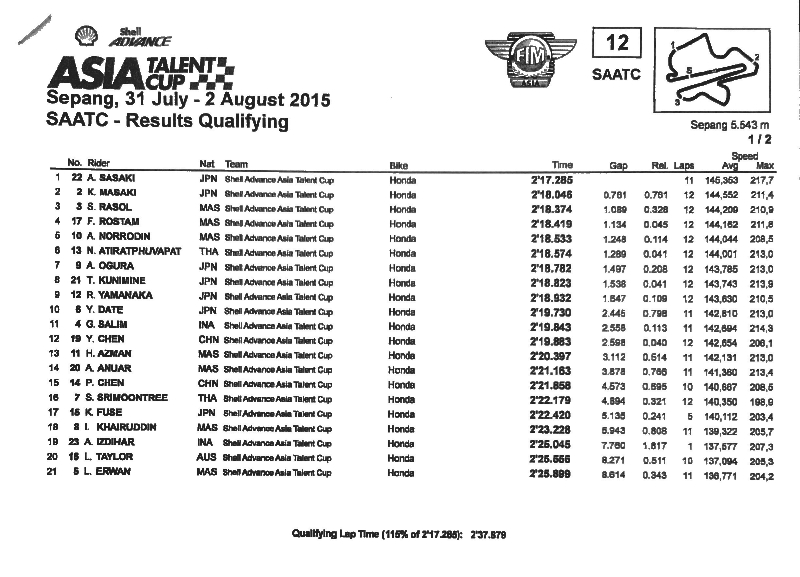 For Team Malaysia, the session’s results prove to be very promising. Rest assure, all eyes are on Shafiq in row 1, as well as Fakhrusy and Adam on row 2. Race 1 is set to commence later today at 1:25pm local time just before the day’s scheduled World Superbike Championship (WSBK) Superpole sessions. 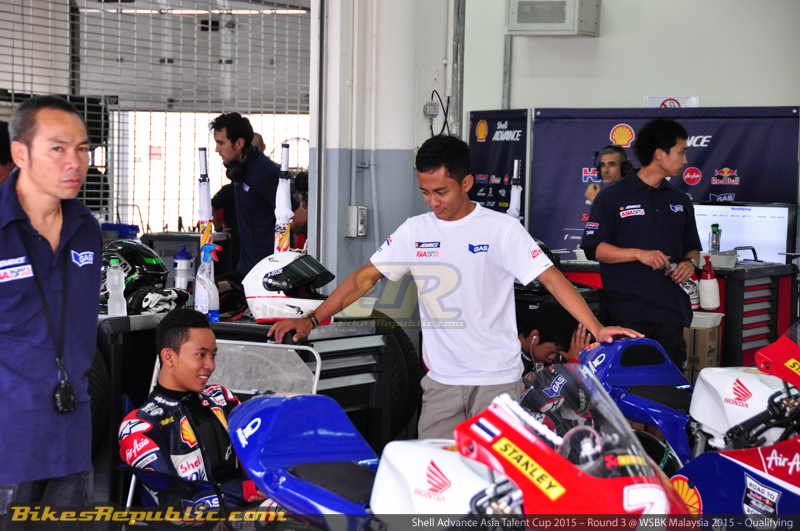 Stay tuned to our site for more updates from us today as we cover both the Shell Advance Asia Talent Cup and WSBK Malaysia 2015. In the meantime, you can check out more photos in the gallery below or on our official Facebook page as well.