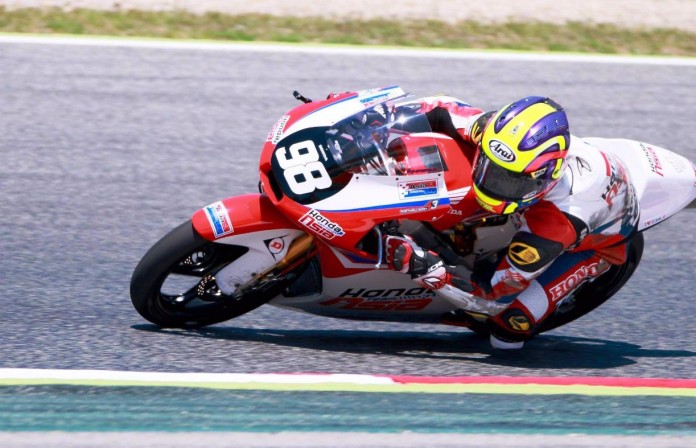 Khairul Idham Pawi delivered a sterling performance to bag his second consecutive podium in the Moto3 Junior World Championship at the Catalunya Circuit in Spain on Sunday. 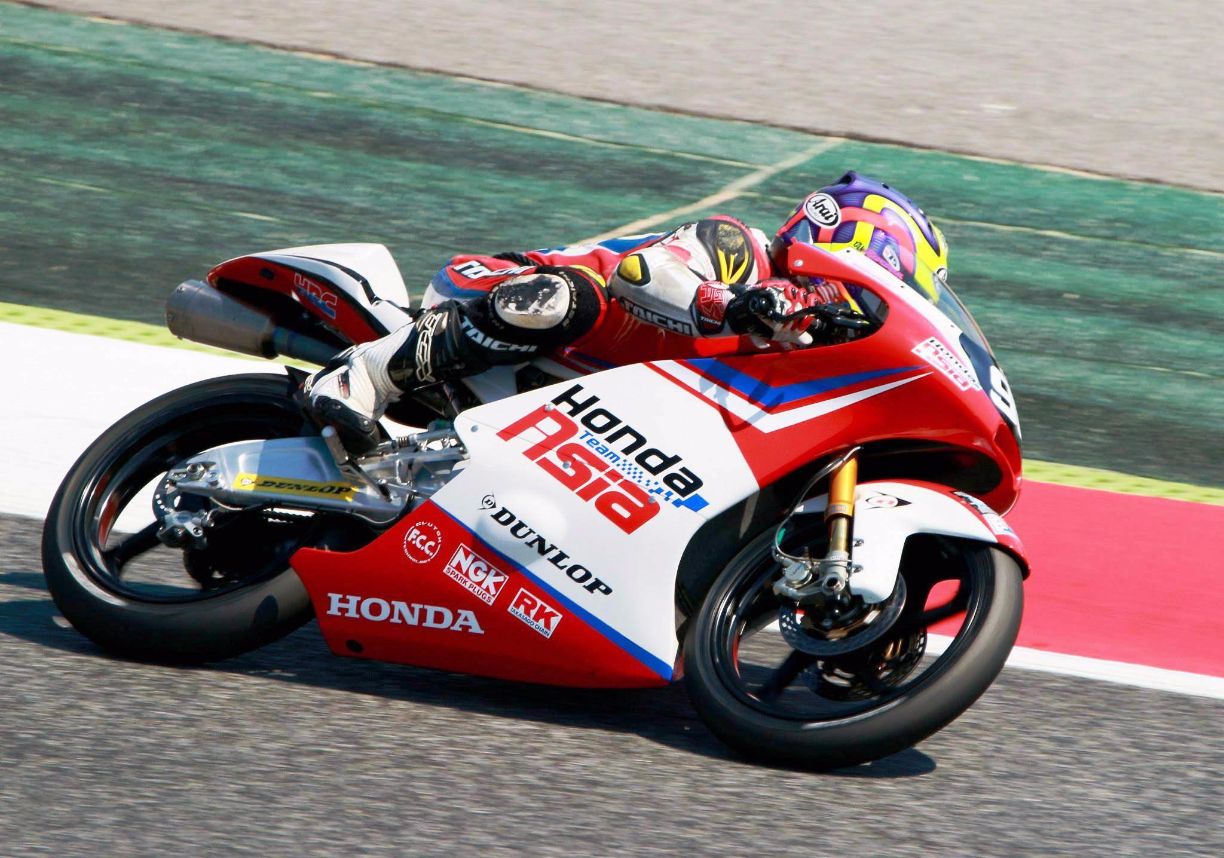 The Honda Team Asia rider who started from front row mounted a serious challenge for victory throughout the 16-lap race but rival, Aron Canet got the better of the budding Malaysian during the final sprint to the finish line. 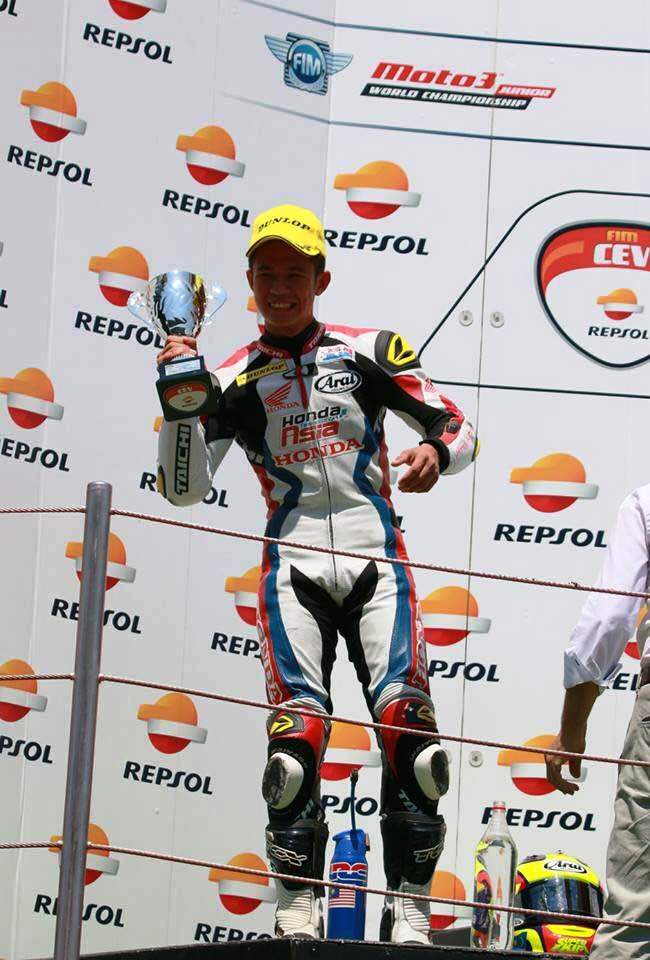 In the end Khairul settled for second in 30’03.480s, 0.083 seconds adrift Aron while Italian, Nicola Bulega completed the podium steps in third place. This marks Khairul’s second podium finish since stepping up to the Moto3 Junior Championship after claiming the 2014 Asia Dream Cup title.

His first podium was in the second leg at the legendary Le Mans Circuit in France where he bagged a second place finish. 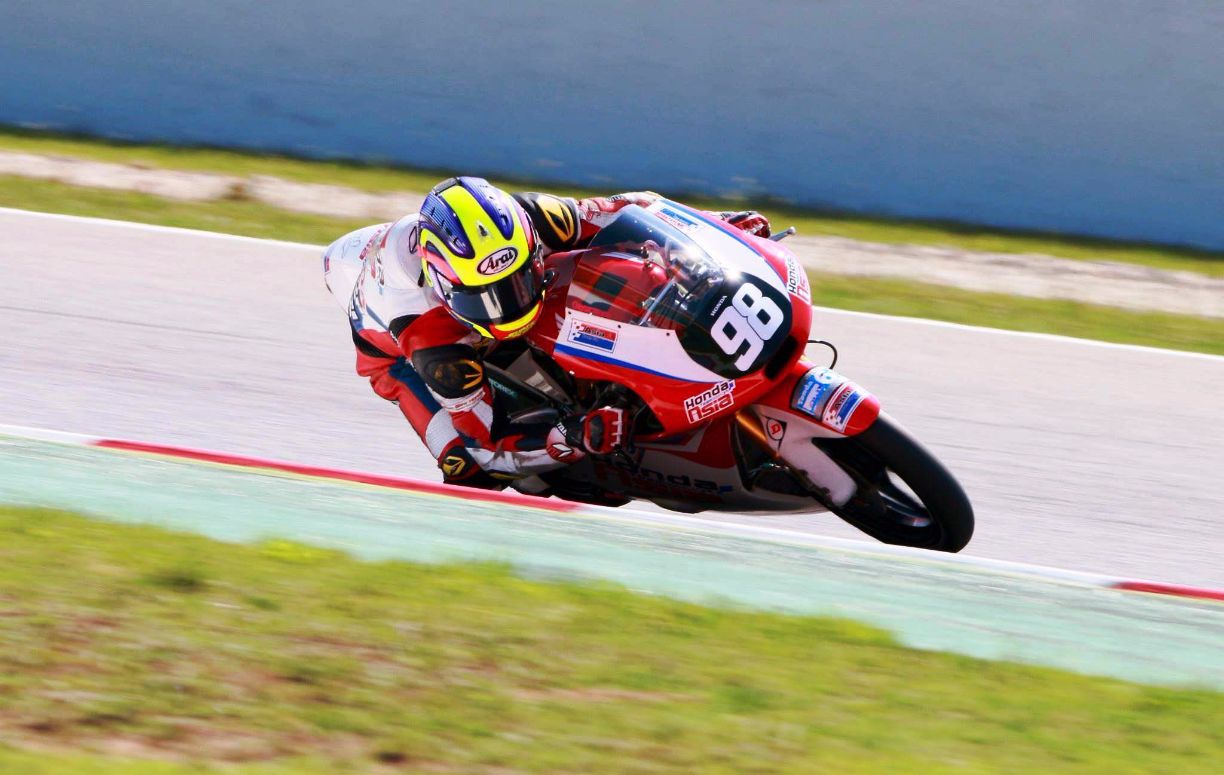