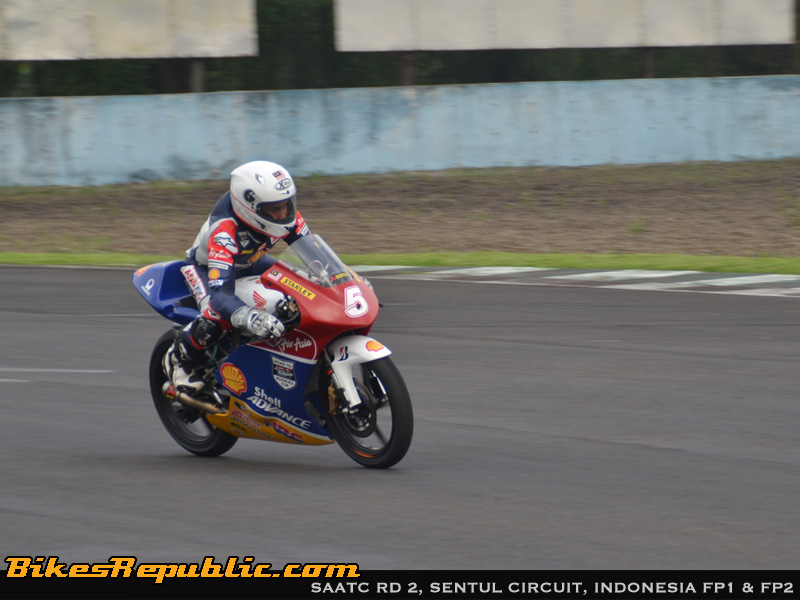 Given that the boys have never ridden in Sentul, their baptism of fire of the circuit was quite difficult initially but things did get better later in FP2. 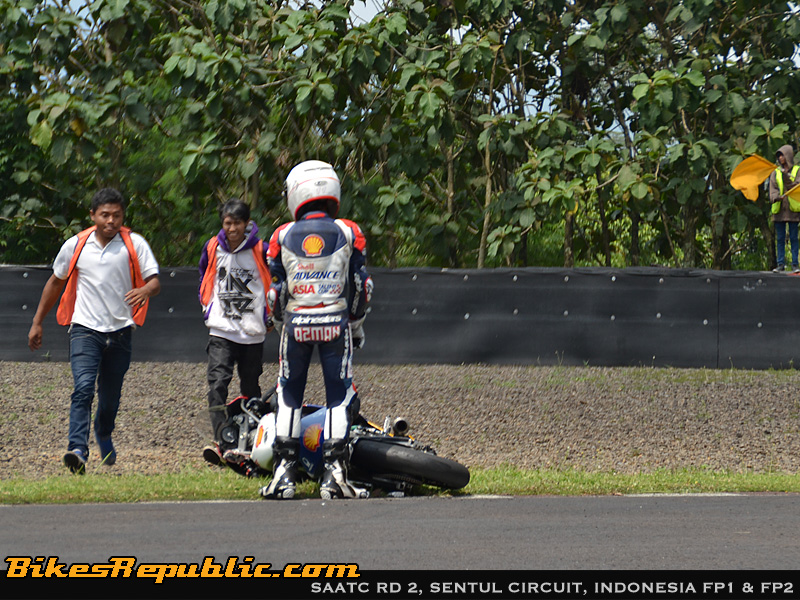 The first general consensus post FP1 was the circuit’s bumpy nature. Even Adam Norrodin likened the conditions to ones similar in Cub Prix racing! The boys truly shined in FP2 with the shy and soft-spoken Shafiq Rasol claiming the fastest time amongst the lot with a timing of 1:39.833, ranking himself 6th fastest at the end of the day. 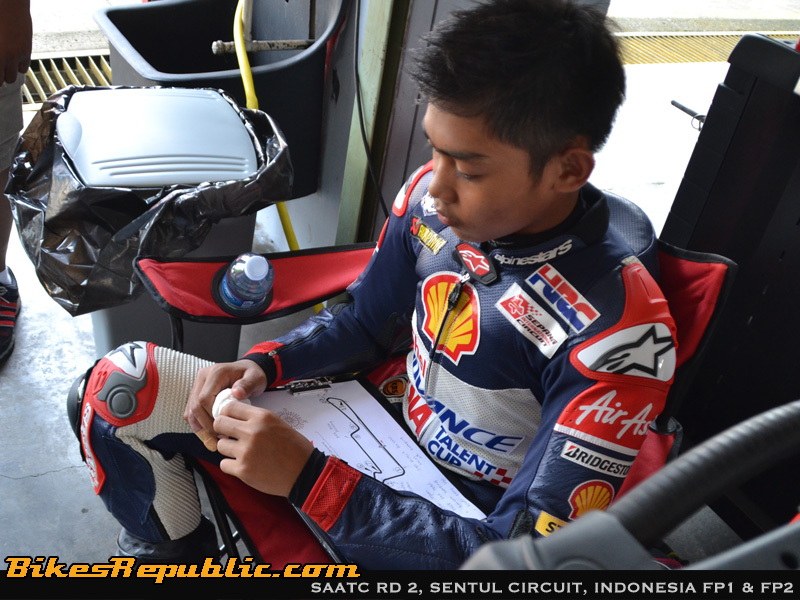 Ibrahim Norrodin on the other hand just missed out of the top 10 after coming in 11th fastest in FP2 with a best time of 1:40.181. Close behind him was Helmi Azman where he made a good comeback after his fall earlier in FP1. Helmi’s fastest time for the day was 1:40.247. 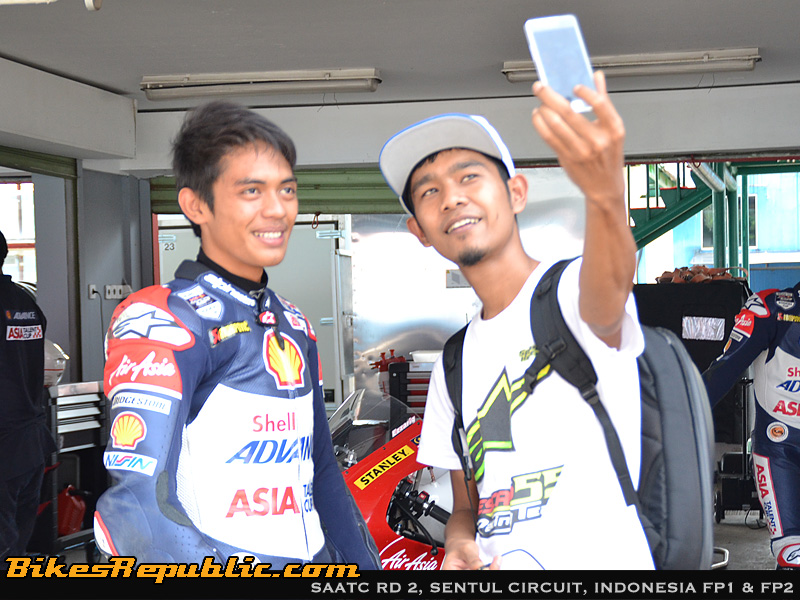 After their sessions, the boys were happy to share with us some of the things that went through their minds over a few bottles of Teh Botol. Here’s what some of them have to say.

“FP2 proved to be a better outing. Comparing it with FP1, some of us got improve about 2 seconds from the first session. We pushed a little bit harder here and it really paid off. Tomorrow, we will definitely try even harder. FP1 was all about knowing the lines, so FP2 became easier for us to push.” – Shafiq Ezzariq

“After changing the suspension and sprocket setup, I felt much more confident to push in FP2. It isn’t perfect yet, but the setup changes definitely feel better now. Hopefully, tomorrow, things will get even better. My personal target is to rank myself in the top 10 again, or god willing, the top 5.” – Shafiq Rasol

“I fell in FP1, but FP2 was a much better session. Still, my gap with the first place rider is still quite large. My issue in FP1 was getting used to the circuit’s braking points and rear-end lift off. I did some adjustments with the suspension for FP2 and it felt much better. My only difficulty in FP2 was getting used to a slightly different riding style. I also need to focus more on shifting my weight better around the corners. Hopefully, I can reach the top 10 tomorrow.” – Helmi Azman

Check out more exclusive photos of Team Malaysia in the gallery below from today’s practice sessions.