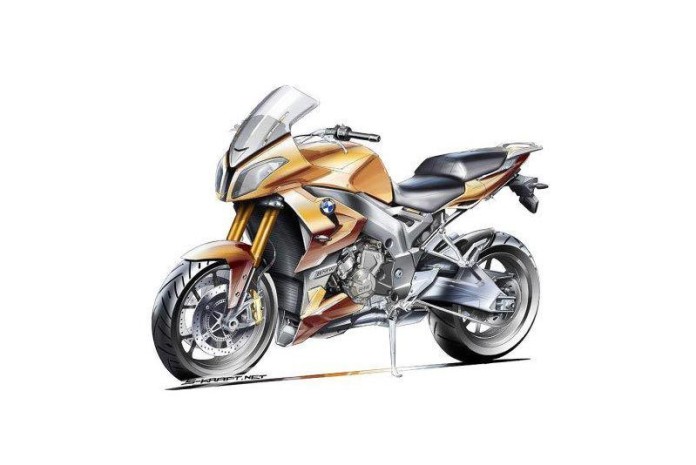 Rumour has it that BMW Motorrad is working on a new sport-tourer model based on the brand’s S1000RR supersports.

According to German-based Motorrad magazine, the Bavarian firm’s new “S1000F” could revealed sometime this year, most probably at the annual EICMA bikes show in Milan. Rumours suggest that the new sport-tourer would feature dynamic damping control, a ride-by-wire system with tweaked fuel mappings, ABS brakes, and traction control.

It will most likely retain the S1000R naked’s manic one-litre heart, tuned specifically for the sport-tourer to have with more torque across its entire rev range. Other expected changes from the supersports base bike include a comfort-focused rider ergonomics for better long-distance use.

If confirmed and produced, the “S1000F” is set to compete directly against Kawasaki’s Z1000SX.