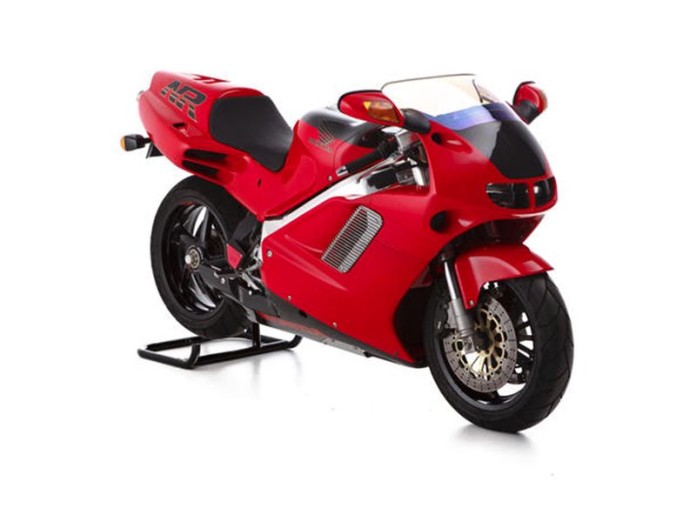 For those of you who were riding from the early 1990s, you may remember this gem and modern classic. Back in 1993, the NR750 was tagged at approximately £35,000, nearly five-times as much as a Fireblade of the same year. This particular NR750 Bonhams sold recently belonged to a German businessman who only clocked in 6,400 miles (approximately 10,300km) on it, and turning it into his highly prized office fixture.

Back in the early 1990s, the Honda NR750 was the most technologically advanced road bike of its time. It featured a V4 engine primed with oval pistons, titanium con-rods, and an eight-valve per piston configuration. Besides its carbon fibre bodywork, the NR750 also featured an underseat exhaust, side-mounted radiators, and in-mirror turn indicators. Yes, most of these are pretty common on current production bikes, but their paths were spearheaded in the early 1990s by bikes like the limited-run Honda NR750 seen here.

The bike was sold for £57,500 during the auction. However, it is worth noting that ownership of the NR750 would prove to be cost-ineffective. Its 1993 sale price of £35,000 equates to roughly £60,000 in today’s financial terms, slightly more expensive than its auction sale price.