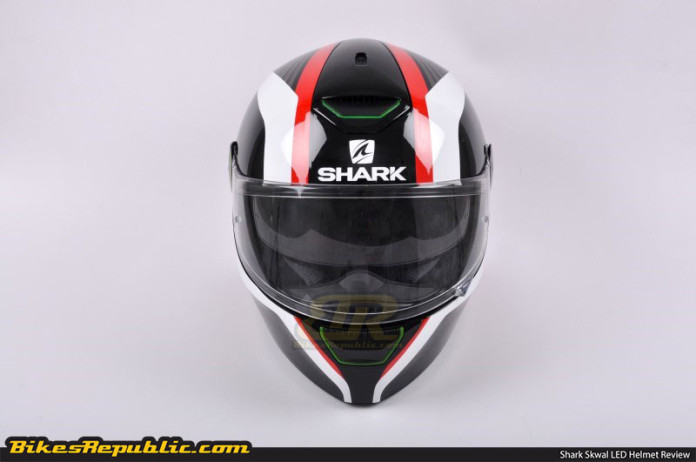 When Winmaster Sdn Bhd, the authorised distributor of Shark helmets in Malaysia announced the arrival of the Skwal; the market’s first helmet to incorporate LED lights into its design, the level of excitement in the air was definitely on the higher side, as it was nothing like we have seen before. Although the brand had many other models that ranked higher in the product line up, it was the Skwal which got all the attention, as it was a potential game changer.

So, in order to find out if the Shark Skwal was just a novelty or if it really delivers, we managed to get our hands on one, thanks to Winmaster Sdn Bhd, to get a first-hand feel of the helmet. 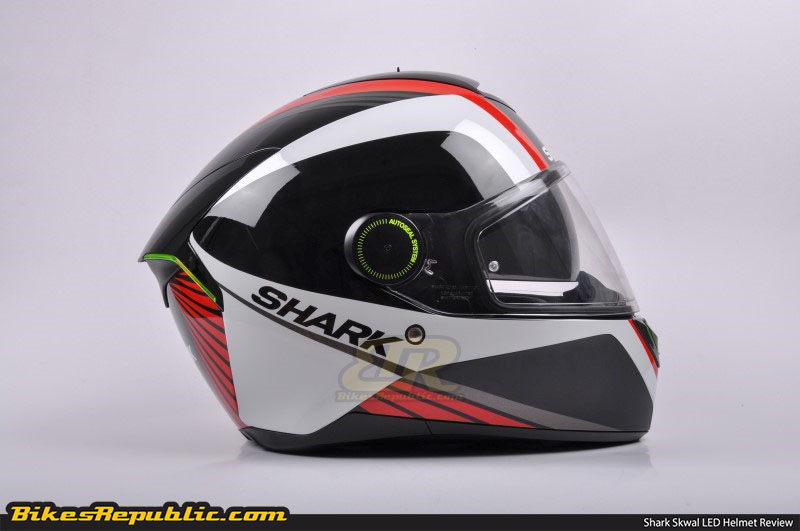 Now, for those who are unaware, the Skwal is the latest helmet to be released by Shark into the existing Pulse range, and is the first helmet to incorporate LED lights into its design in the market. According to Shark helmets, it is confident that the Skwal marks the beginning of a new era in rider safety and electronic helmet functionality.

The Skwal has three cleverly integrated neon green LED’s, which are situated in the front mouth piece, the front air intake, as well as the rear air vents, which not only enhance the sleek and aggressive look of this helmet, but is also a huge factor in visibility and rider safety. 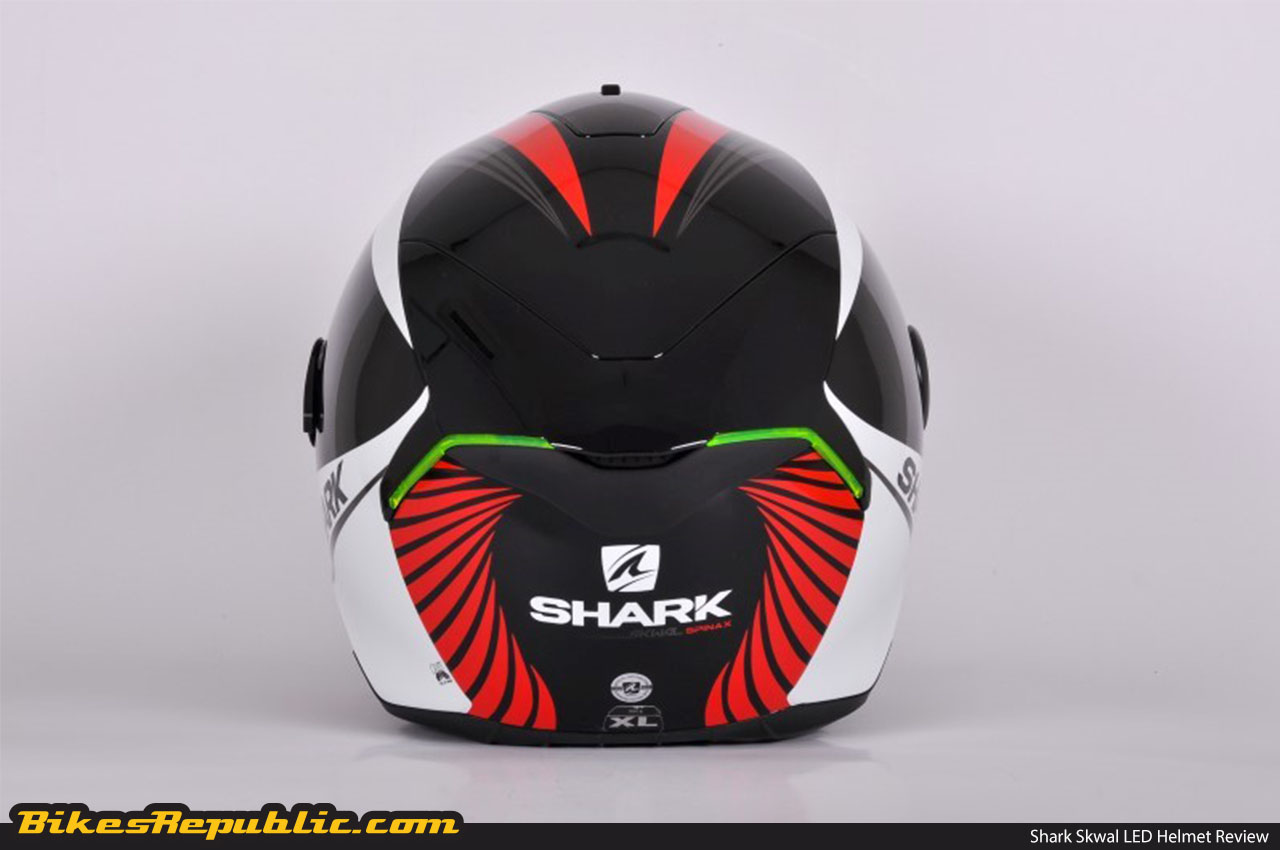 In case you’re wondering how the LED’s operate, they are powered by a small in-built battery, which is fully rechargeable via a micro USB cable. The company said that the helmet’s battery has up to 5000 recharge cycles and an impressive battery life of five hours on the continuous light mode, or ten hours on the flashing light mode. The two light modes can be selected with a press of the button positioned on the lower right side of the helmet. 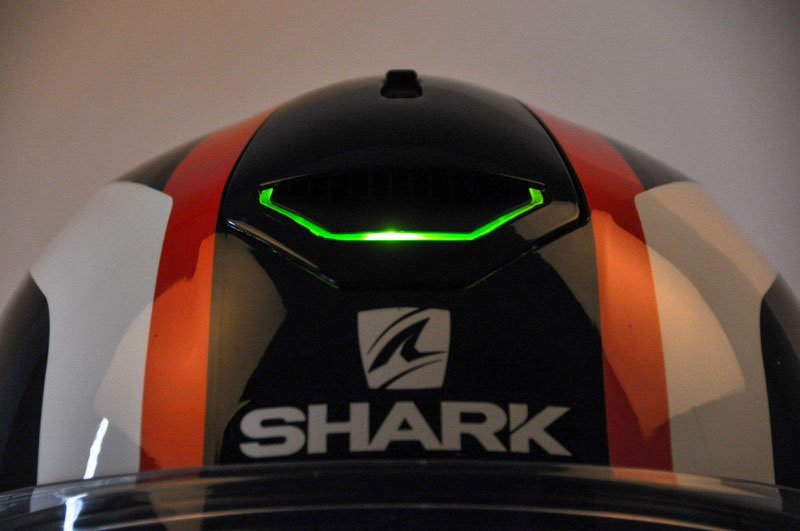 Although it seems like there are a lot of components involved, the Shark Skwal only weighs 1,470 grams, including the lights and battery pack, putting it into the feather weight category of the helmet market.

In terms of standard features, the Skwal comes with a flip-down internal sun visor, Shark ‘easy fit’ feature for riders who wear glasses, a micro-lock buckle system, a fully removable and a washable lining made of bamboo. 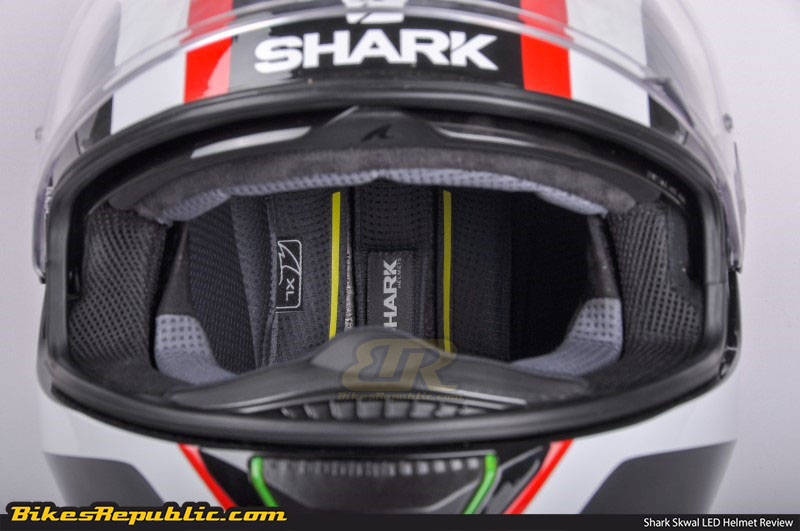 A couple of interesting things about the bamboo inner lining is that it has a generous dosage of anti-bacterial properties to keep it clean at all times. In addition, the material is much more odour resistant than other materials that are usually used to make inner linings.

It also features a clever Autoseal visor adhearing gasket, which makes the helmet one of the most stable helmets today. What the Autoseal feature does is that it pushes the visor inwards when it is pulled down, making it air-tight, quiet, and waterproof. 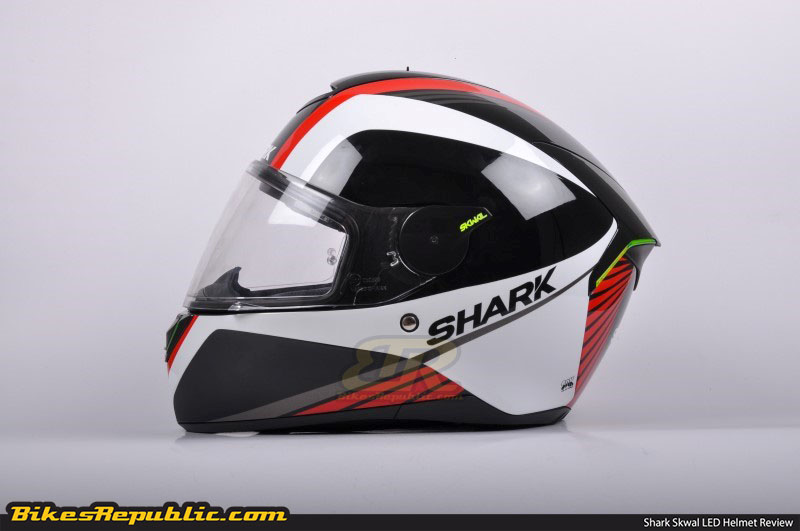 As much as the design is concerned, the Shark Skwal is quite neutral. It doesn’t look too futuristic or too traditional, not too complicated or too simple, and not too rounded or too angular.

The good thing about this is that it suits riders who are astride any type of motorcycle, regardless of whether it’s a cruiser, a sports bike, or even a scooter. Simply put, it looks good with anything. 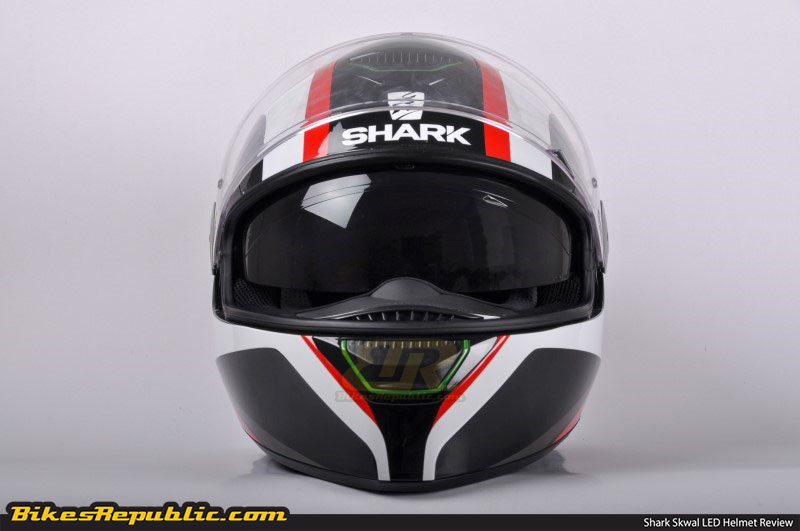 What we love most about the Shark Skwal LED helmet is the drop down integral anti-scratch and anti-UV sun visor. Not only is it scratch-proof, but it is designed in a way that it drops much lower than many helmets out there in the market, making the rider feel like he or she is wearing sunglasses.

As safe as it is from wind, and water, it couldn’t escape from the infamous fogging woes. However, Winmaster Sdn Bhd said that it will not be an issue for its customers as a helmet pinlock worth RM120 will be given for free with every purchase of the Shark Skwal LED helmet. 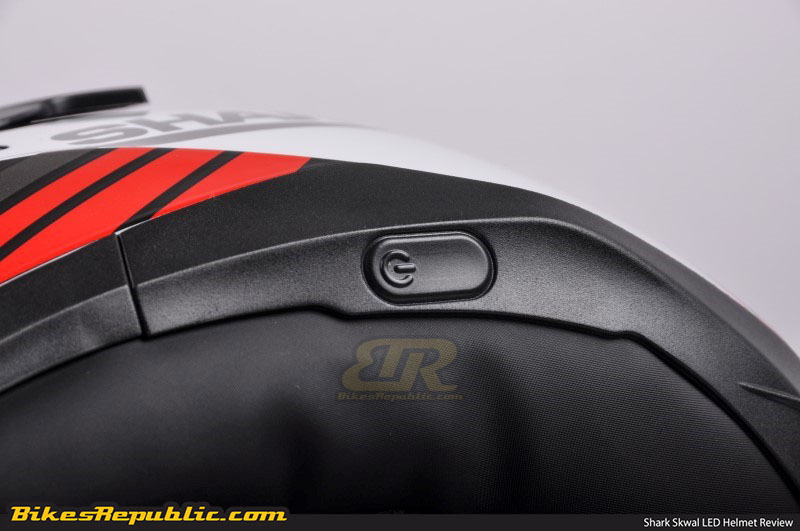 Catered towards riders of all age, the Shark Skwal is available in black, white, matte and gloss finishes, as well as a wide range of graphic and colour scheme for those who would like to stand out from the rest. The model you are looking at now, however, is more special, as the livery was designed by Sak Art design; an internationally renowned graphic design house that has collaborated with numerous companies in the automotive industry.

Priced very competitively at RM950 for solid finish and RM1,030 for the units with graphics, the Shark Skwal is worth every sen it asks for. Not only does it look good, but it is feature-packed, comfortable and has decent build quality. Although it is not the quietest helmet around, features like the LED lights, and the visor systems work well. Besides that, most importantly, for what is being offered, RM1,030 is as sweet as a deal can get. 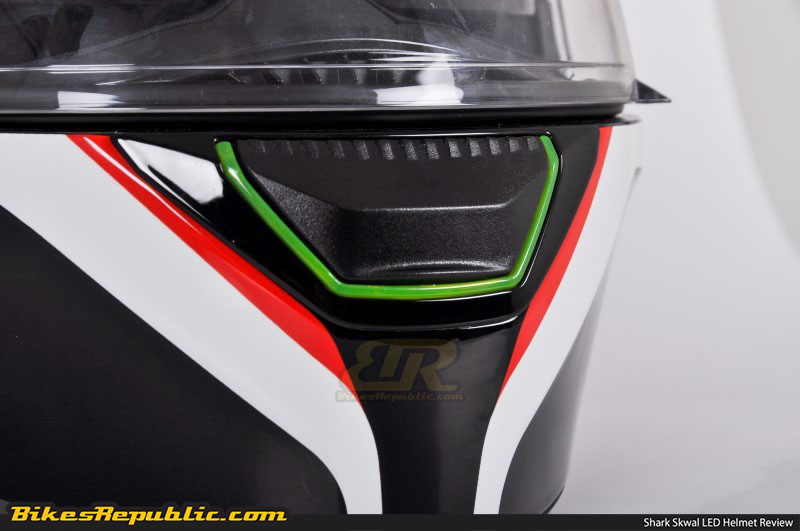