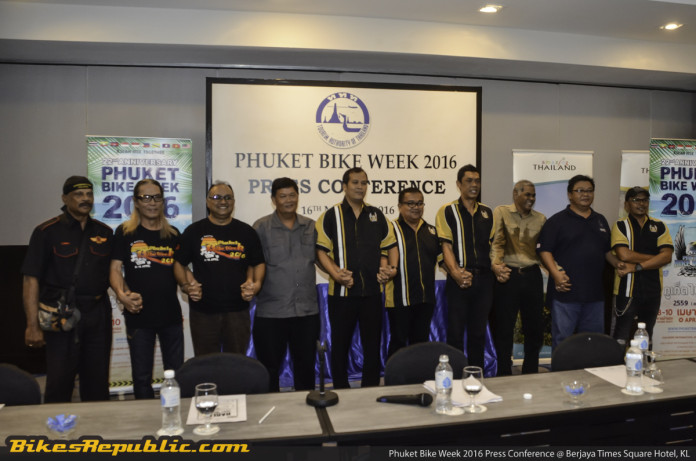 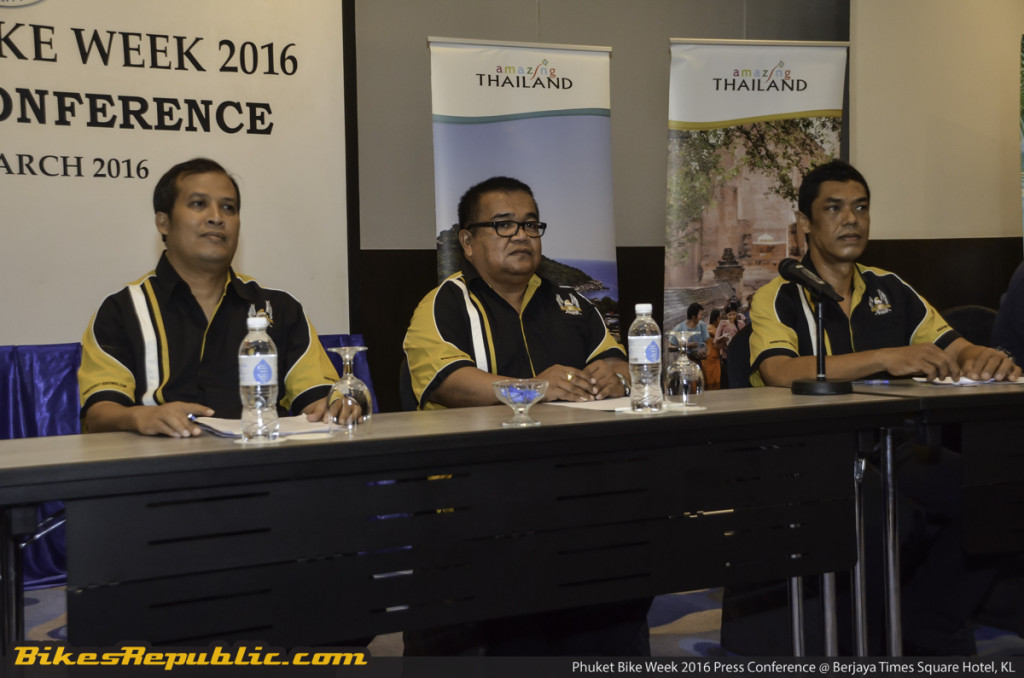 Known as one of the region’s biggest and longest running motorcycling event of its kind, Phuket Bike Week celebrates its 22nd edition this year and will be held in two parts, lasting a total of nine days from 8 April to 16 April.

The first part of this annual event will be held from 8 April to 10 April in Phuket’s famed Patong Beach seaside retreat. This leg will feature live music performances, custom bike shows and competitions, a specially organised Harley Day for visiting HOG chapters, a beauty pageant and a convoy ride around Patong amongst others.

The festivities will then continue after Songkran, which falls on 13 April, in the second official venue at Anuphat Courtyard in the epicentre of Phuket Town from April 15 to April 16. Again, a similar line up of activities has been planned with the addition of stunt and moto gymkhana shows, as well as a convoy ride around Phuket’s Old Town to Phomtep Cape. 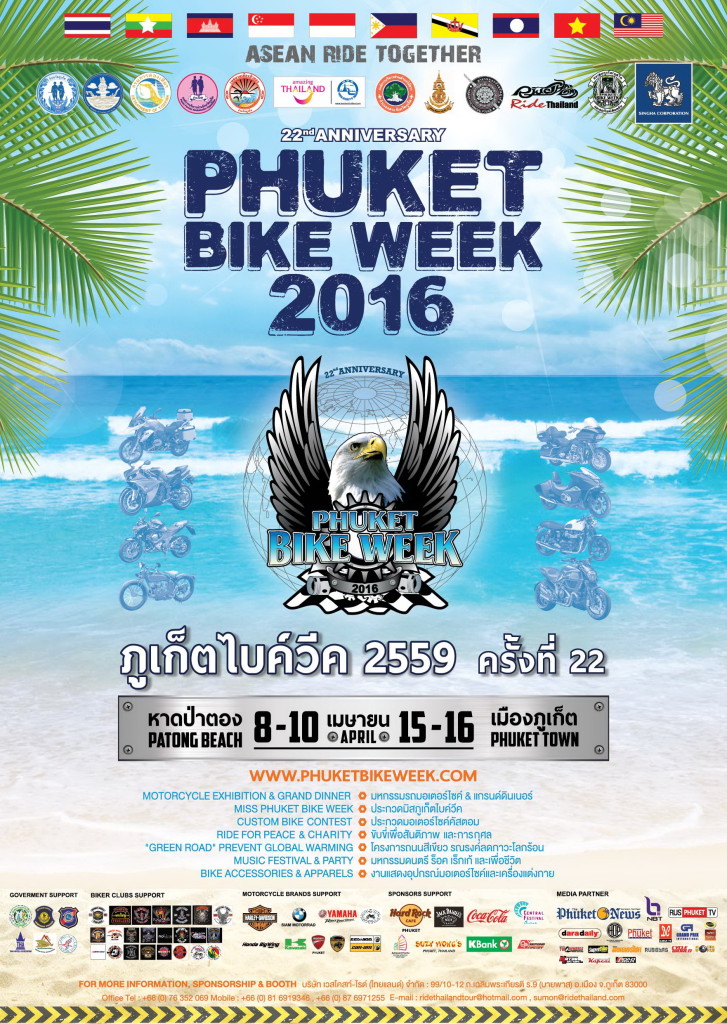 Organisers Ride Thailand are expecting the arrival of over 10,000 motorcycles and 50,000 visitors hailing from more than 30 countries for this year’s edition. The firm has prepared a special VIP registration package for visitors that costs THB1,500  (approx. RM177.32) per person. This package grants entry into both legs of PBW2016 whilst including a ticket for the grand dinner and a goodie bag containing special memorabilia and gifts such as t-shirts, bandana and keychain.

Regular tickets are also available and see visitors registering for the Patong Beach leg granted free entry on all three days. Visitors heading for the Phuket Town leg of PBW2016, on the other hand, will need to pay an entrance fee of THB300 (approx. RM35.46) to gain entry for all two days here and it include two complimentary drinks as well. 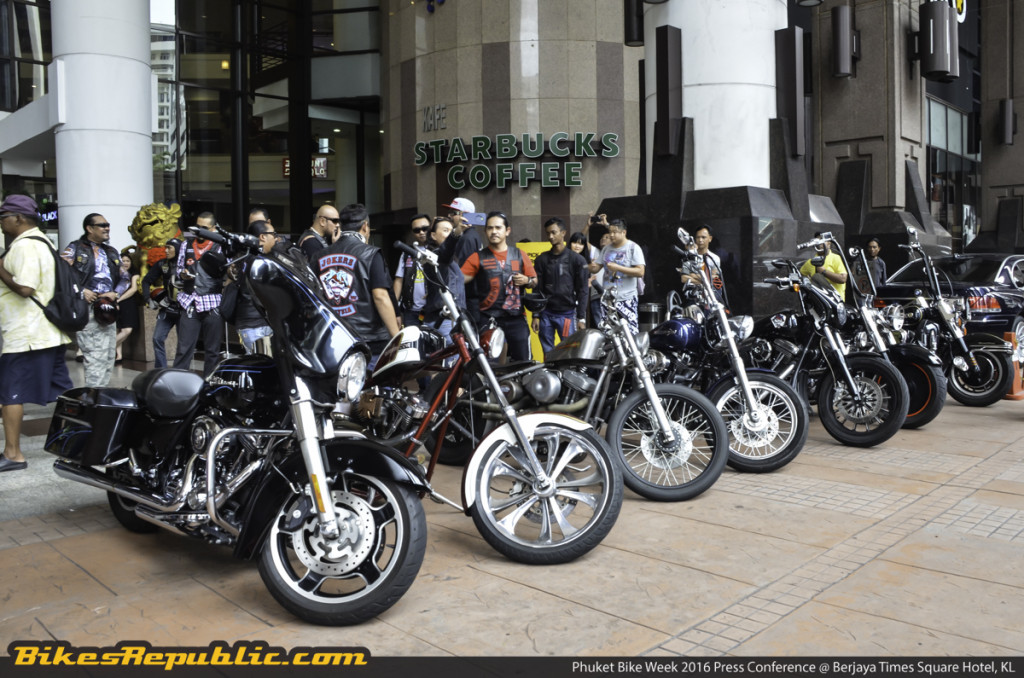 The press conference held in KL today was a unique one as local motorcycling enthusiasts and local bike club members and journalists alike got the opportunity to have their enquiries addressed by the panel of representatives. Notable presence here include custom bikes outfit Red Garage Malaysia, HOG Malaysia Chapter, as well as the Malaysian Superbike Club. 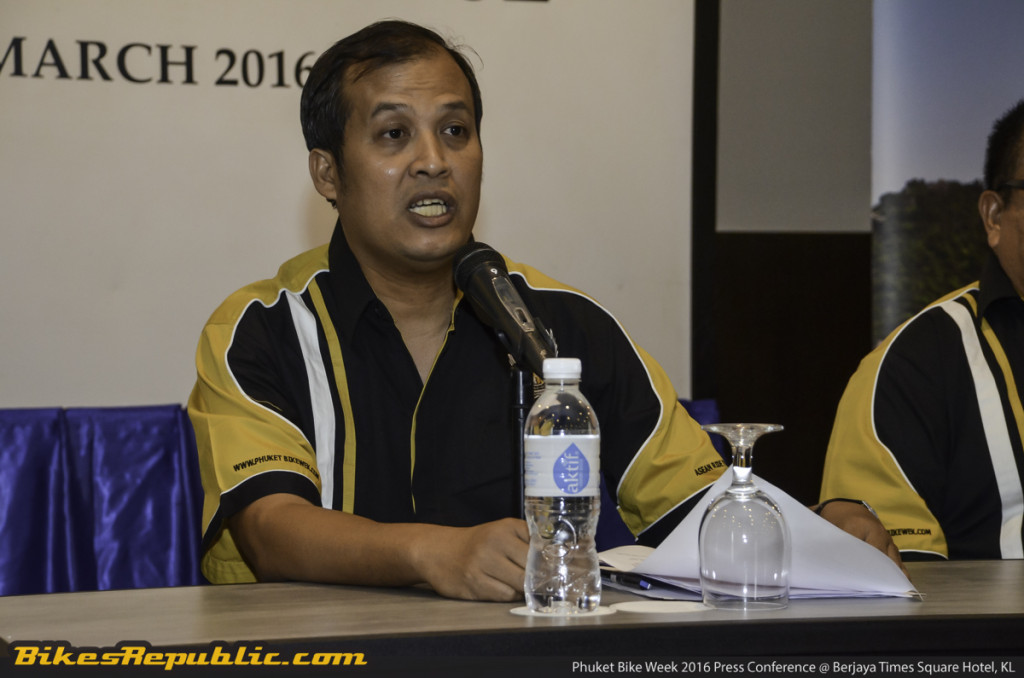 Despite the recent report of the Thai government’s plans to curb foreigners from driving their vehicles into the Kingdom, Tourism Thailand’s Ahman stated that Malaysian riders and visitors to PBW2016 need not worry about this. He clarifies:

“I am glad to inform you that this ban will not affect Malaysian riders and visitors heading to PBW2016. The Thai and Malaysian governments already have an agreement in this matter, so Malaysian riders can ride into PBW2016 as long as they have a valid Malaysian driving license as well.” 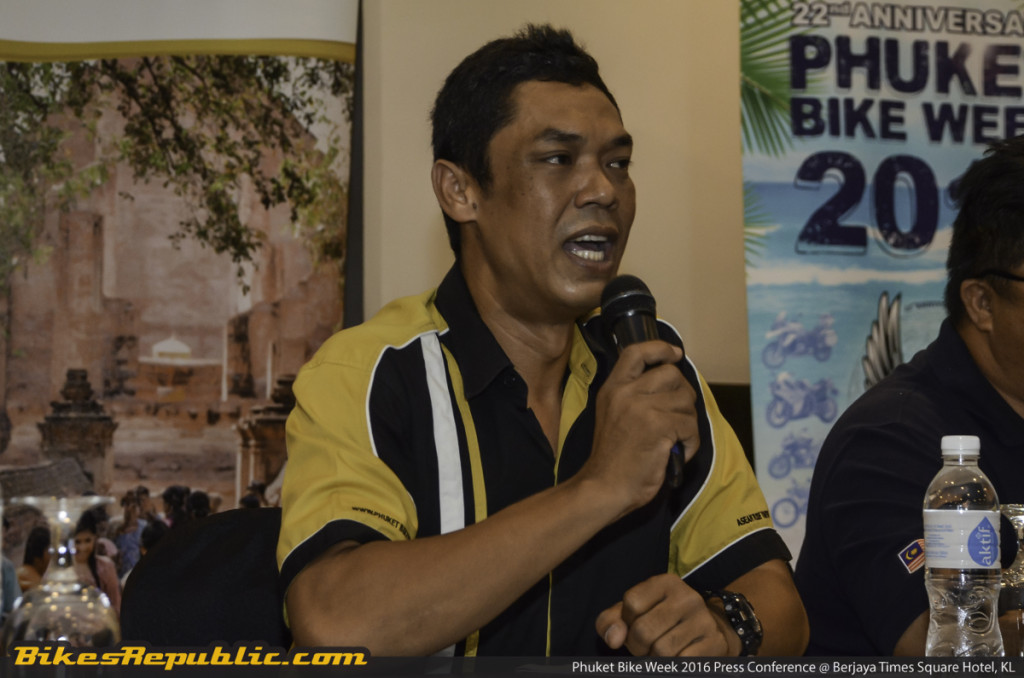 “I strongly recommend all Malaysian riders to have their International Driving Permits ready as a precaution since local law enforcement will likely be overwhelmed, and perhaps to consider purchasing a premium insurance package that costs RM2,000 annually as an extra measure too.”

Futhermore, both Sumon and Ahman have reassured to all visiting bikers that  Ride Thailand is working closely with the Thai government and the local Phuket administrative body in creating easier access at the borders. Visitors wishing to attend are advised to put in their enquiries and request for assistance early with the organising.

More information about PBW2016 can be obtained by visiting its official site, phuketbikeweek.com. Enquiries can be made via email at info@phuketbikeweek.com or phone by calling +66(0)76-252069.

You can also check out how Phuket Bike Week 2015 went down in the special highlight video posted below.