Hafizh arrived at the Losail International Circuit hoping to set a strong impression at the get go but found himself in 22nd position in Free Practice 1 instead with 2’03.038s after he struggled with over-steering issues. He was 3.2 seconds adrift Britain’s Sam Lowes who smashed the lap record at the end of the session with 1’59.717s. 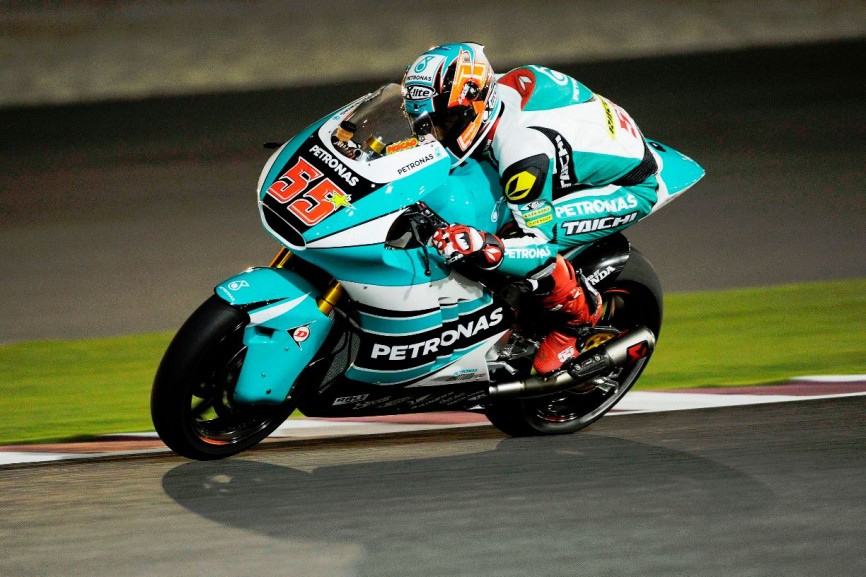 The 20-year old however showed improvement in Free Practice 2 after race engineers made improvements to his Kalex machinery, which saw Hafizh clocked his fastest lap at 2’02.309s and reduced the gap to Lowes by 2.284 seconds. It was a session that he was looking forward to regain some ground after a disappointing run in FP1 but was hampered when light rain interrupted the session in the final 20-minutes.

In the end Hafizh had to be content to finish FP2 21st overall. 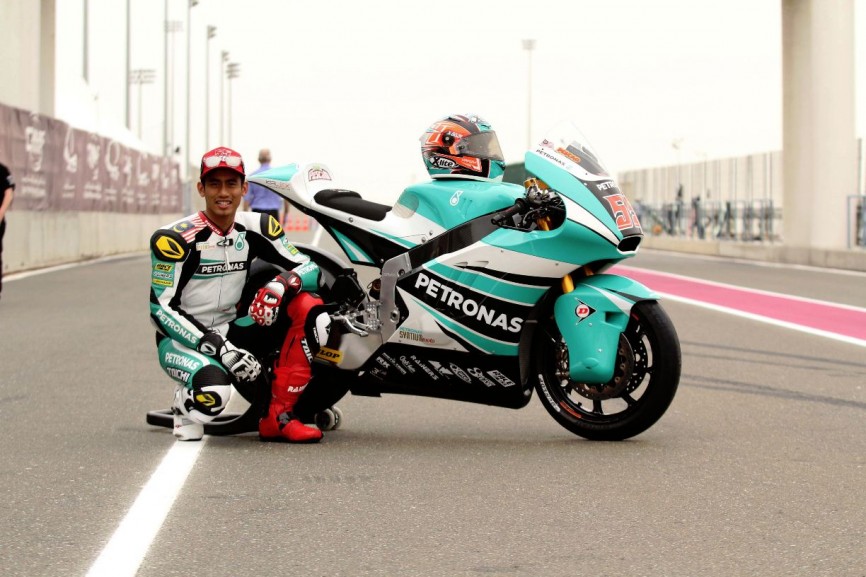 “I struggled a lot in FP1 as the bike was behaving unusually. I couldn’t turn left smoothly and despite multiple pit-in, the engineers could not detect what was wrong. It was really frustrating,” he said.

Hafizh added, “Fortunately, FP2 was much better. The engineers rectified the steering issues and I was able to find a better rhythm but I made a mistake pitting in early when the track was dry. When I was ready to resume riding, it started to rain. Nothing much I could do when the track is damp.”

Meanwhile PETRONAS Raceline Malaysia manager, Barry Leong commented, “Hafizh felt better with the revised bike set up and it seems the over steering issues has disappeared in FP2. But he wrongly timed himself for a pit stop and missed the opportunity to take advantage of the extra dry laps before rain started to pour. That 15 mins stop cost him dearly as it could have been a turning point for our boy to record a decent lap time. We have Free Practice 3 scheduled tomorrow and hopefully that session will be a fruitful one for the team.”