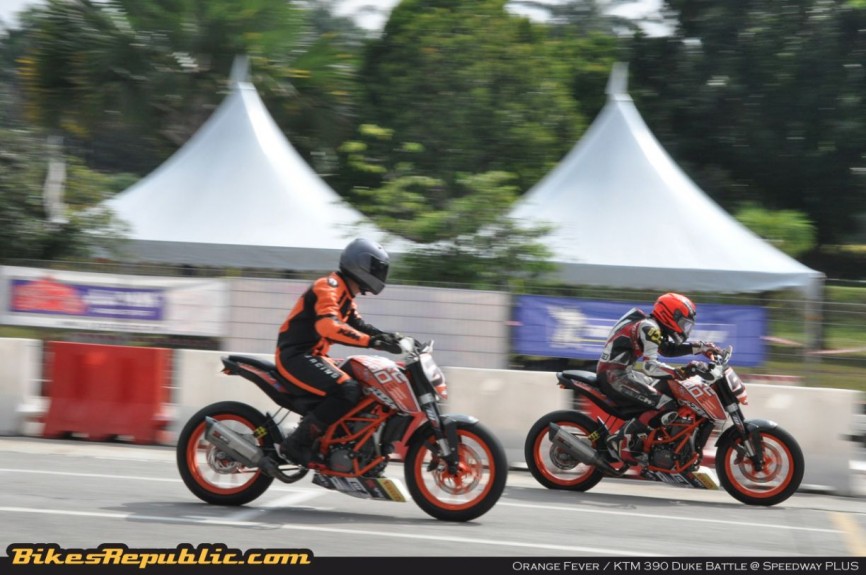 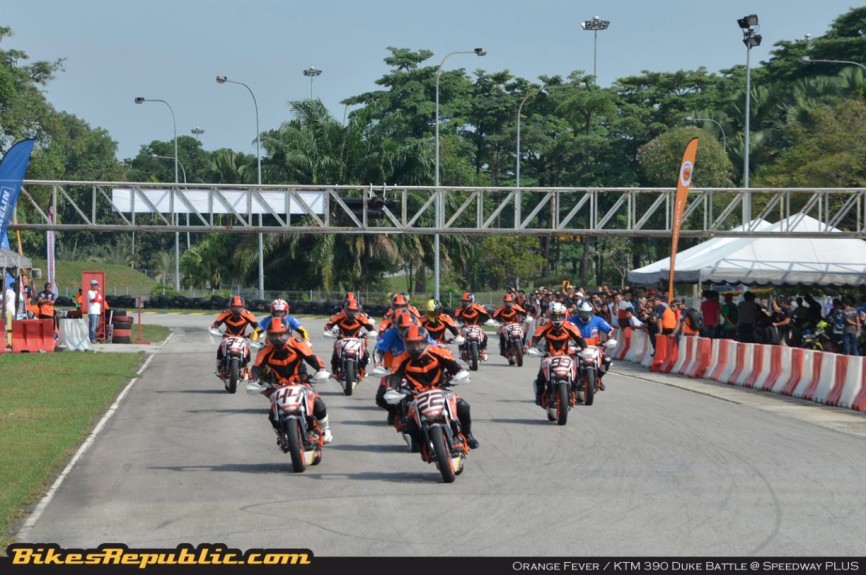 The third round of the KTM 390 Duke Battle Malaysia got off to a rocking start once again last weekend. Held as a support event to the weekend’s KBS MAM Kapcai Endurance Series weekend (read report here), the special one-make series once again had a full grid of 15 racers vying for the top two spots and their chance to race in the finals later this year. 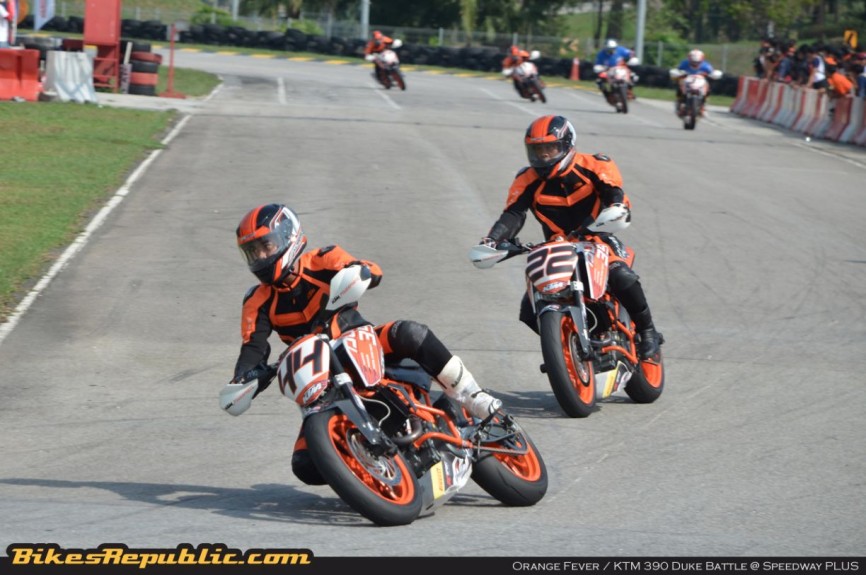 Two races lasting ten laps each were held, one on Saturday and another on Sunday. Taking the opportunity of the race being held in the Klang Valley, KTM Malaysia CKD also held a special gathering for the KTM Dukers riding club, and also held a special launch event to introduce its new KTM Hospitality truck. 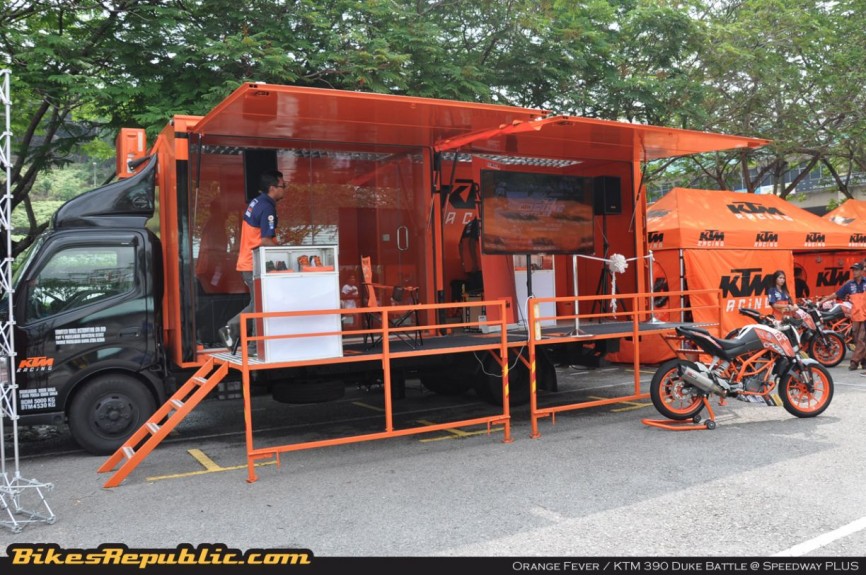 The truck, specially decked out in the brand’s distinct orange livery, will act as an essential promotional tool for the brand’s roadshow activities. On board, it features a small hospitality lounge for VIPs, a display of KTM Power Parts and Power Wear products, as well as a display space for two bikes. KTM Malaysia CKD general manager Muhd Zamry Abu Samah revealed that the firm also plans to have several more units ready in the near future. 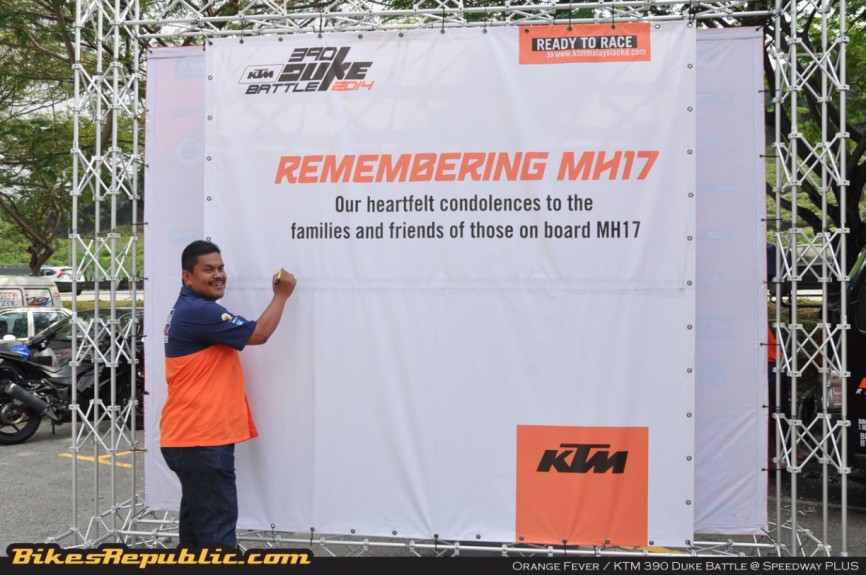 A quick chat with Zamry also revealed that KTM Malaysia CKD are indeed planning on introducing the highly anticipated KTM RC390 sports bike later this year. “If all goes well, we could introduce the RC390 perhaps towards the end of September or in early October,” said Zamry. He also confirmed that the model will be assembled locally in KTM Malaysia CKD’s plant in Jitra Kedah. (Read our initial report about this here) 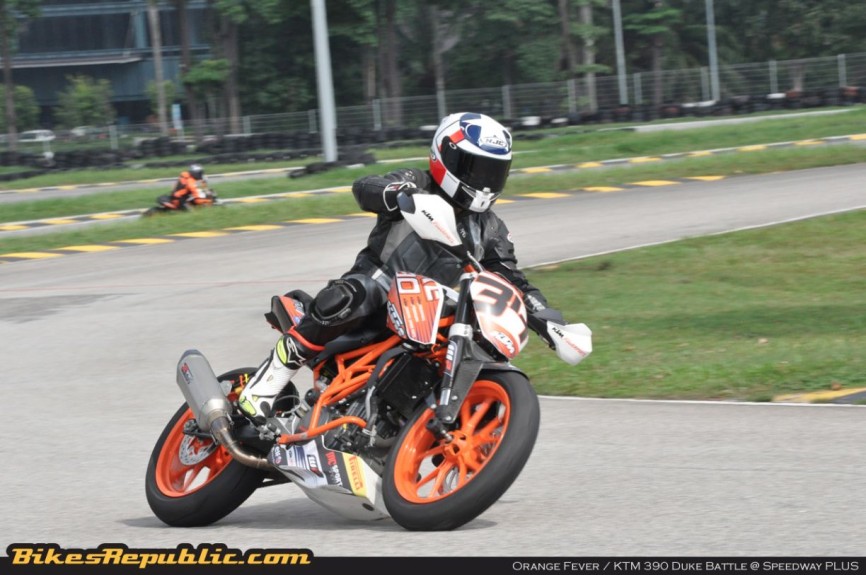 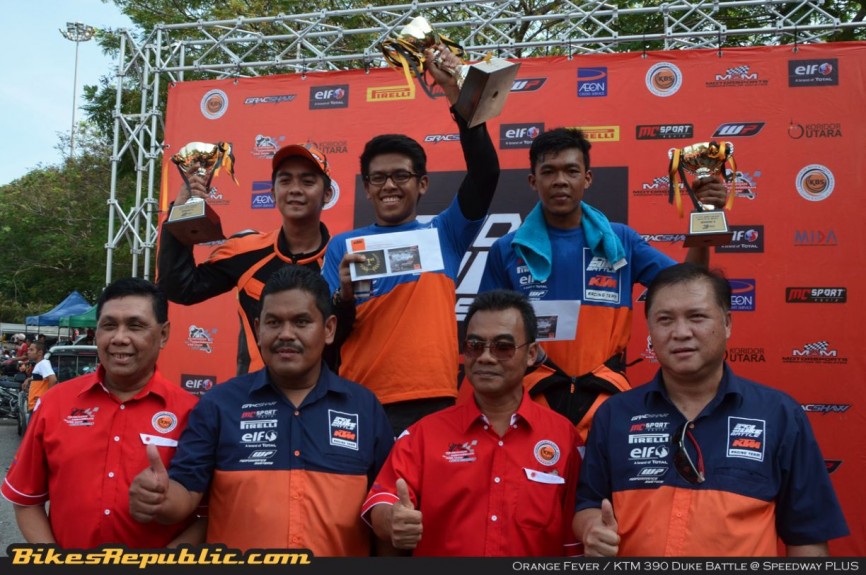 Despite not winning both races, Zhafir scored enough podiums to be declared the round’s champion whilst Haniff Borhan and Hanif Zakaria ranked second and third overall respectively. As the round’s top two winners, Zhafir and Haniff Borhan have automatically secured their entry into the series’ final in Sepang scheduled for later this year. Both riders also take home prize money worth RM700 and RM500 respectively, whilst third place rider Hanif Zakaria takes home prize money amounting to RM300. 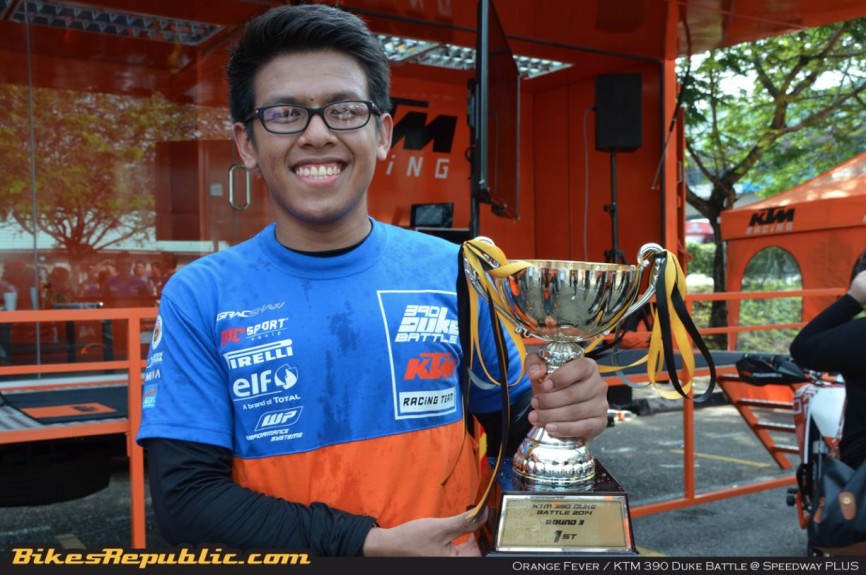 Speaking with Zhafir shortly after the podium ceremony, the 22-year-old student said, “This is perhaps the crowning moment of my summer vacation from university!” The youngster, who is on a break from his studies in the UK, shared that his move to enter the series came after seeing his friends race in the first two rounds. He further shared: “Some of my friends raced in the first two races a few months back, but it was winter in the UK. So, I was languishing, looking at them. So when I came back for summer break, I felt I had to join and submitted my form at the first chance.”

When asked about his chance in the final race, Zhafir said: “Well, the winner of Round 1, Wafi, is a full-time professional, so it is going to be tough. But, we’ll see. If I get a chance to tag behind him, I might be able to do something.” Rest assure, Zhafir will be taking an earlier Christmas break in order to make the final round scheduled for December 13 and 14 in Sepang. 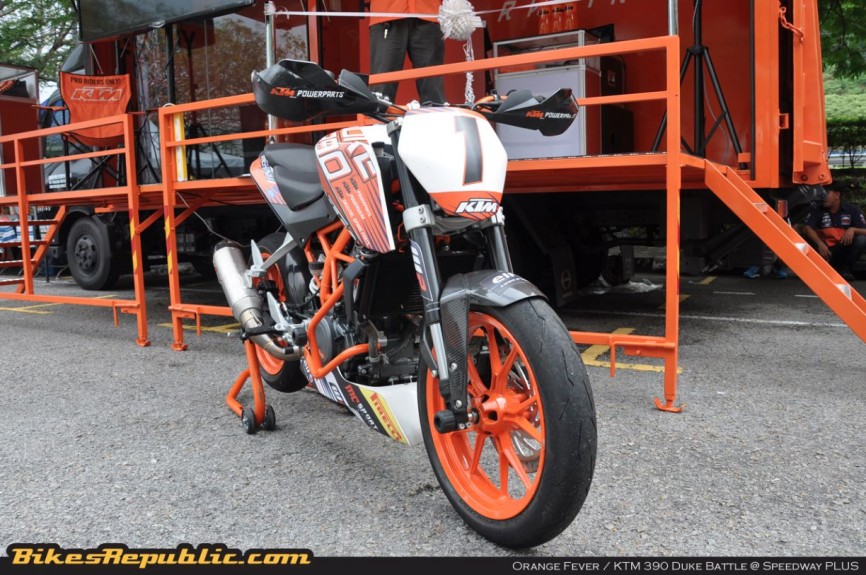 The KTM 390 Duke Battle Malaysia will hold it fifth round next month on September 6 and 7 in the Dato’ Sagor Circuit, Perak in conjunction with the KBS MAM Kapcai Endurance round there. Registration for the next round has already open and interested participants will need to head on over to the official KTM Malaysia CKD website to sign up. 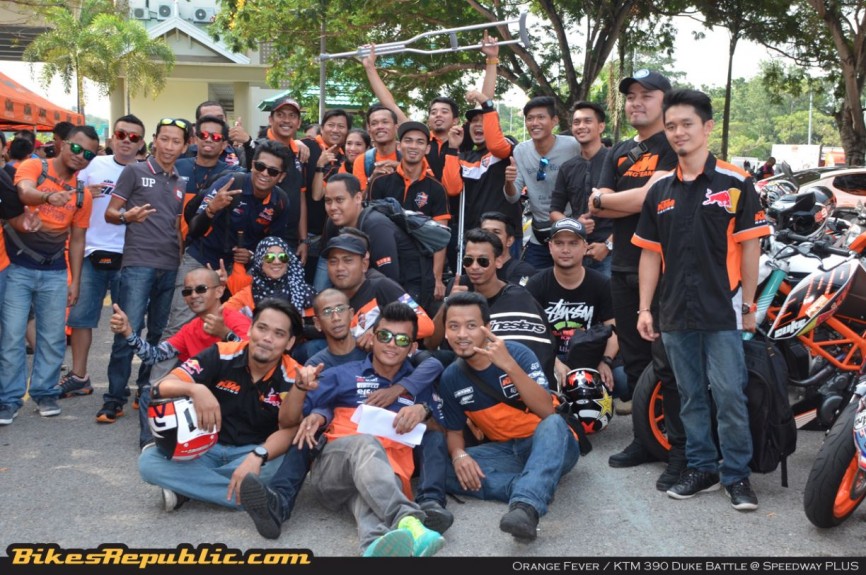 Check out the gallery below of the buzz created by the raving KTM Dukers club members and the racing action from the KTM 390 Duke Battle race.