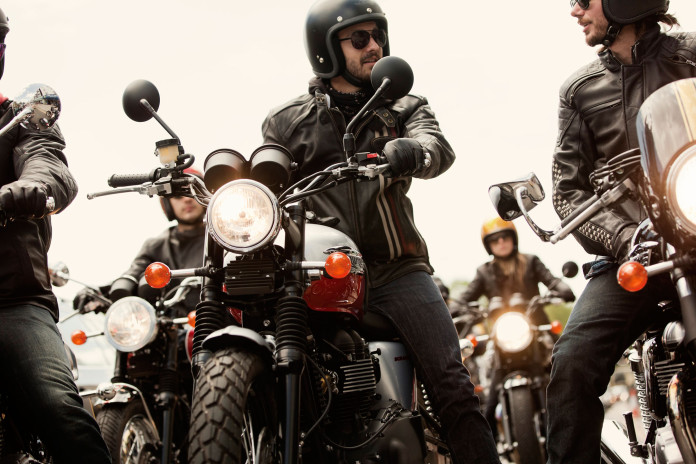 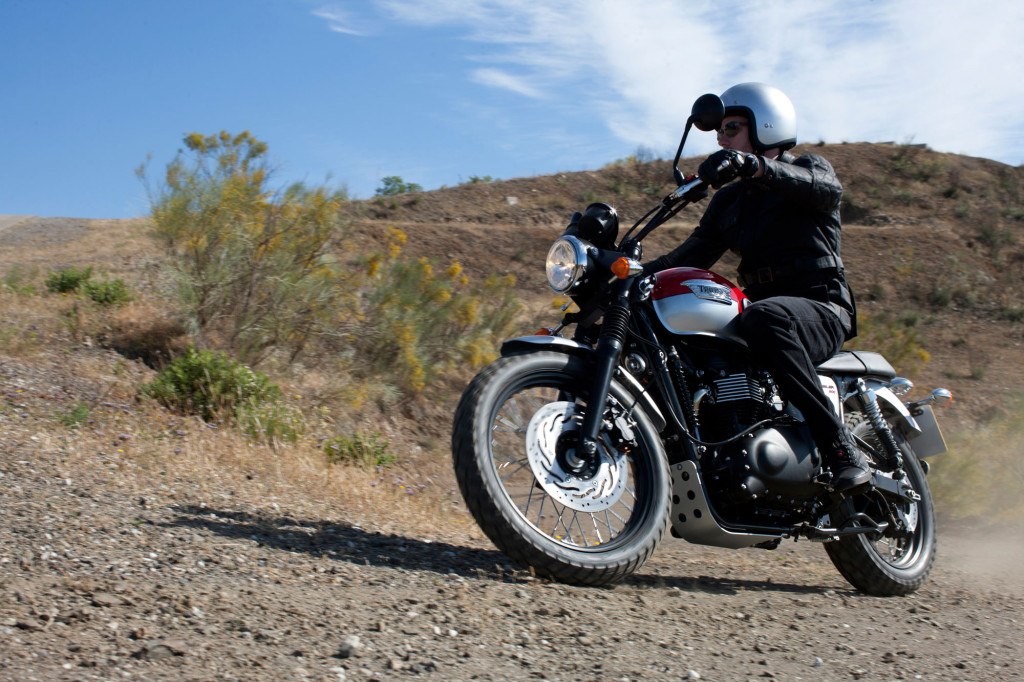 Leading UK-based sites Visordown and MCN have published the first series of spyshots of what is believed to be a brand new Triumph Scrambler model – the missing link in Triumph’s new generation Bonneville family. (See the spyshots here and here) 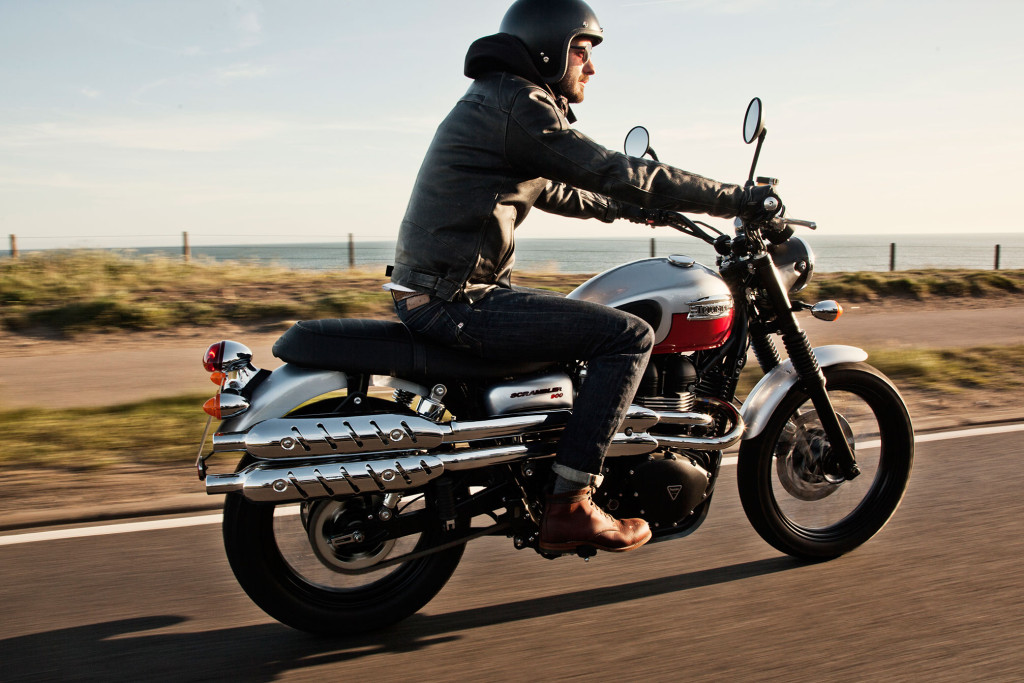 The prototype, which appears to underpin the new Triumph Street Twin, looked rather unfinished in the spyshots. Nevertheless, it featured a pair of high-level twin exhausts plus spoked wheels wrapped in knobby tyres – signature traits of the Bonneville-based Scrambler model – when it was caught testing. (Current Triumph Scrambler pictured)

You may remember that Triumph offers a ‘Scrambler Inspiration Kit’ for the new Street Twin model (pictured above). However, this custom accessories kit lacks the spoked wheels and knobby tyres to complete the Scrambler stance and style. 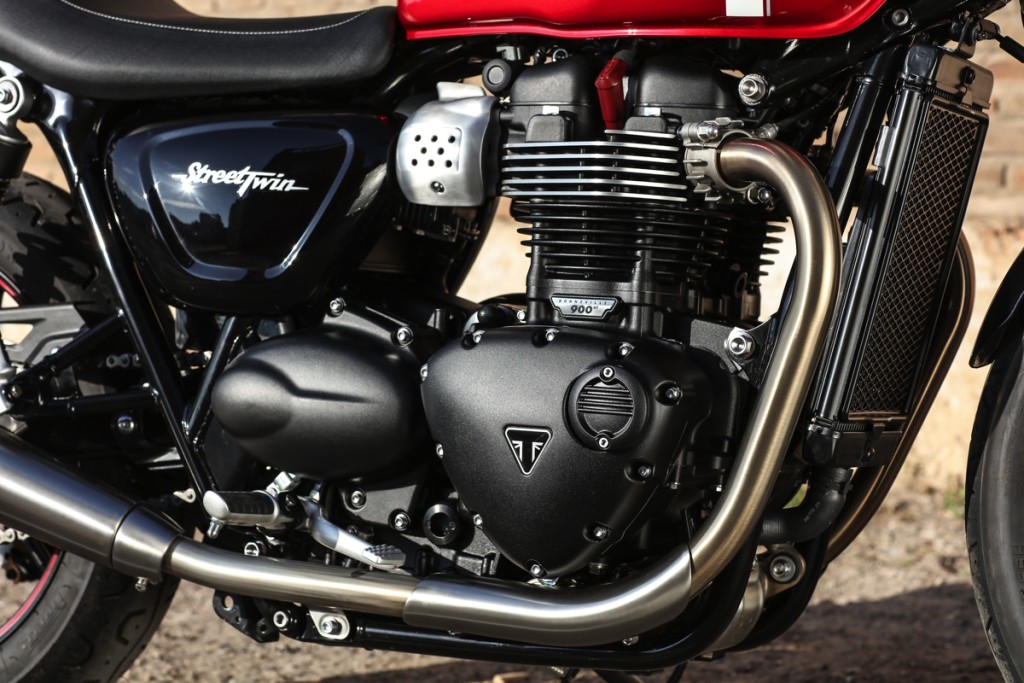 Reports by both sites indicate that the outgoing model’s air-cooled 865cc parallel-twin mill will likely be replaced with the new Street Twin’s liquid-cooled 900cc unit (pictured above), followed by the presence of ABS as standard. Both will ensure that the new Triumph Scrambler meets ever-tightening European laws and standards for both emissions and safety respectively.

While Triumph remains tight-lipped about the model’s launch date, expect the new Triumph Scrambler to debut sometime in 2017 or 2018 at the very latest. 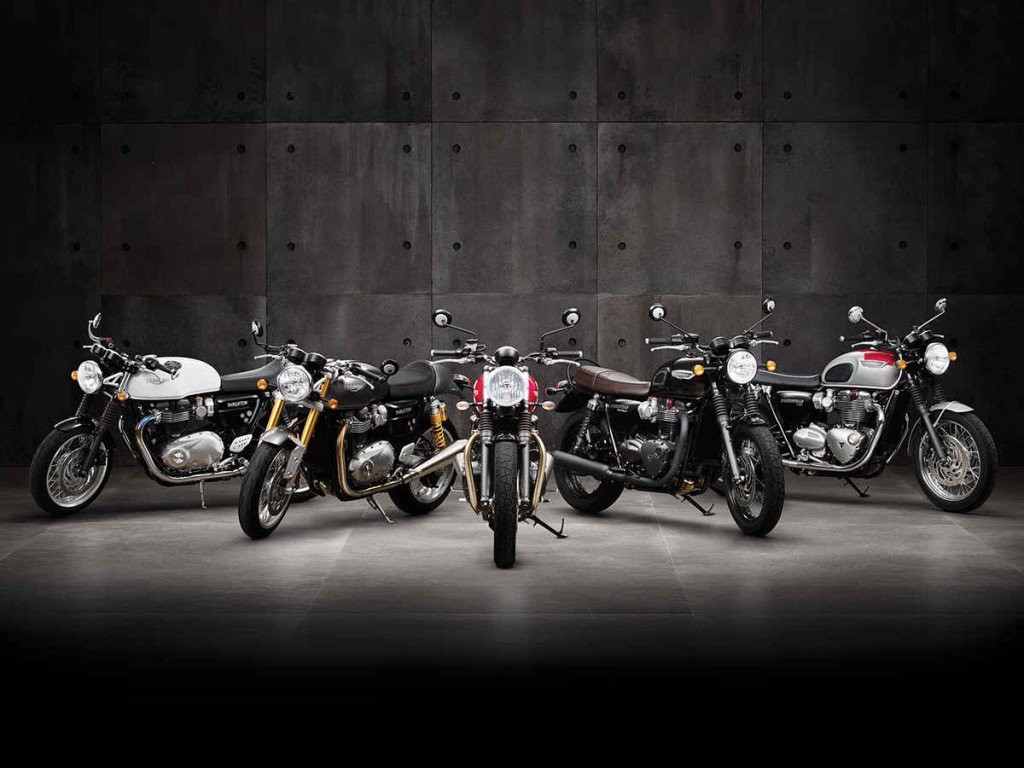 Interestingly, the new Scrambler model will not be the only new variant to join in the new generation Bonneville’s range. Also in the pipelines are two more 900cc variants called the Street Cup and T100. Both models were confirmed after emissions application documents filed in America recently leaked out online.

The upcoming new Triumph Bonneville T100 is easy to figure out. It will likely be powered by the Street Twin’s 900cc mill, and will likely feature an exterior styling similar to the Bonneville T120. Prototypes of such have already been spotted testing in Triumph’s UK home base of Hinckley, so it is only a matter of time before this materialises. 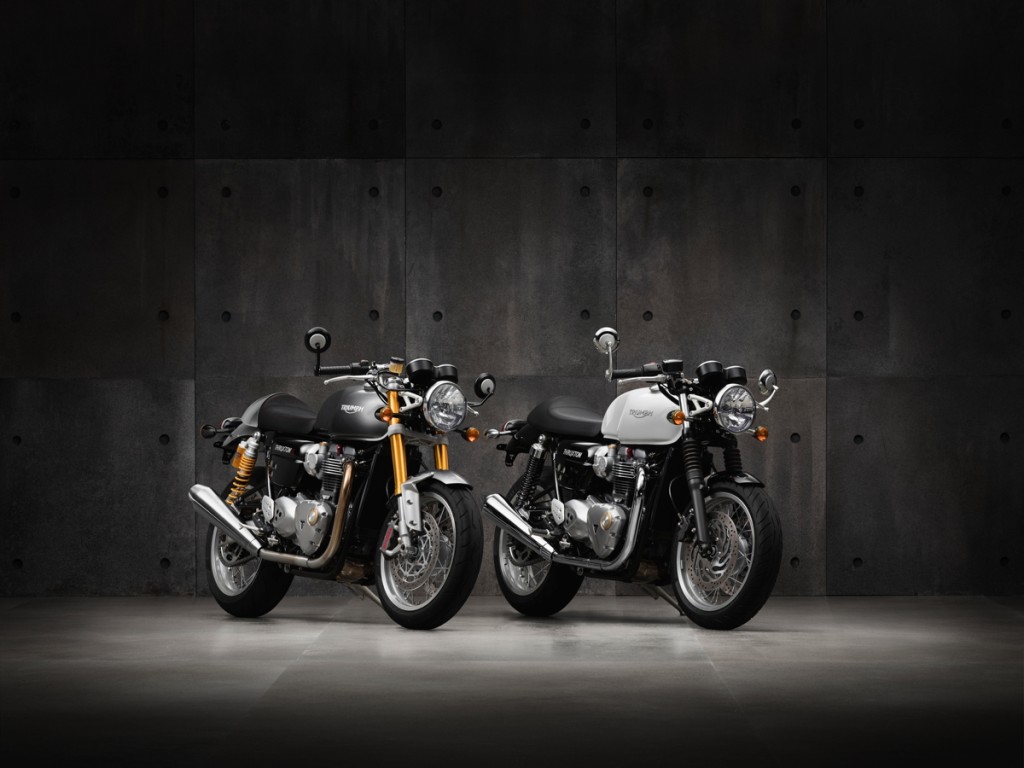 The Street Cup, on the other hand, remains unclear for now. Its nameplate suggests two things. Firstly, it is closely linked to the Street Twin. Secondly, the ‘Cup’ naming suggests a sportier model, possibly an entry-level café racer to slot below the 1,200cc-powered Thruxton and Thruxton R twins.

Like the Scrambler, both the T100 and Street Cup will likely debut sometime in 2017 as well.