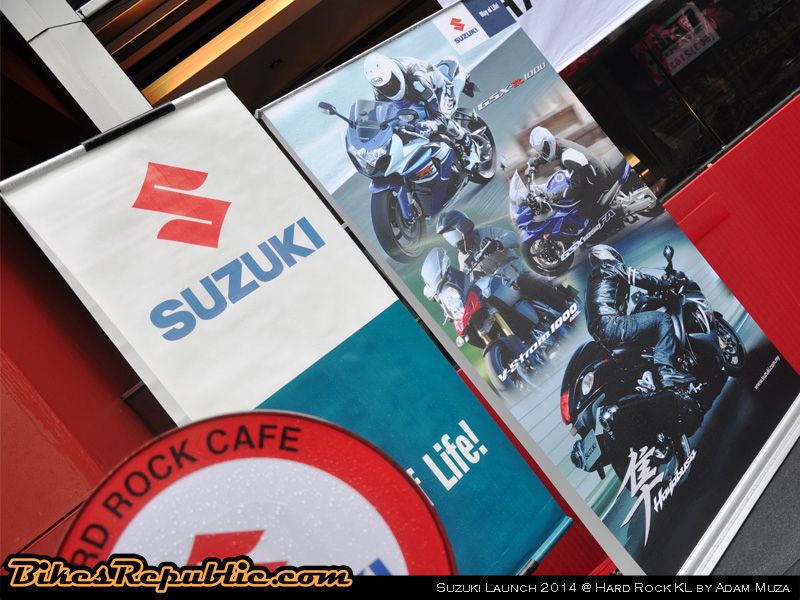 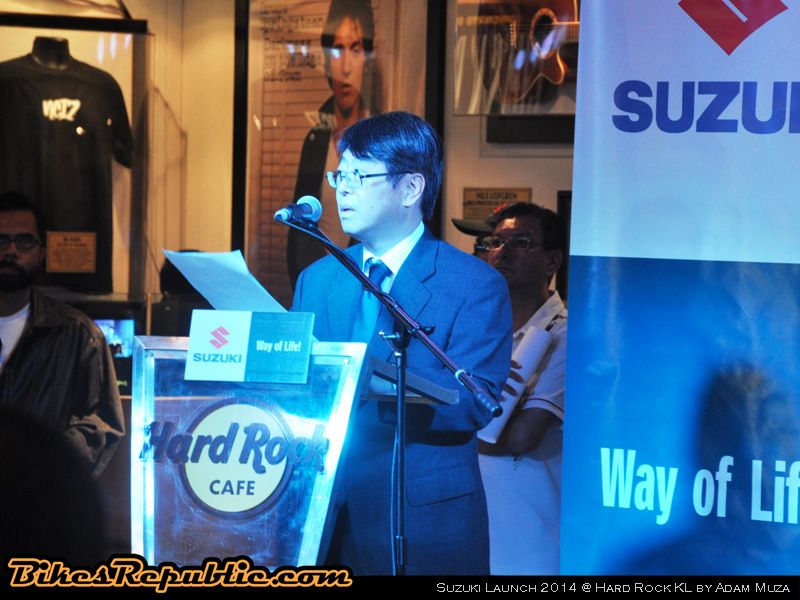 During its media presentation in Hard Rock KL, SAM introduced the 2014-year GSX1300RA Hayabusa, the GSX1250FA, GSX-R1000, and the V-Strom 1000. Here’s everything you need to know about the four new Suzis to hit our shores. 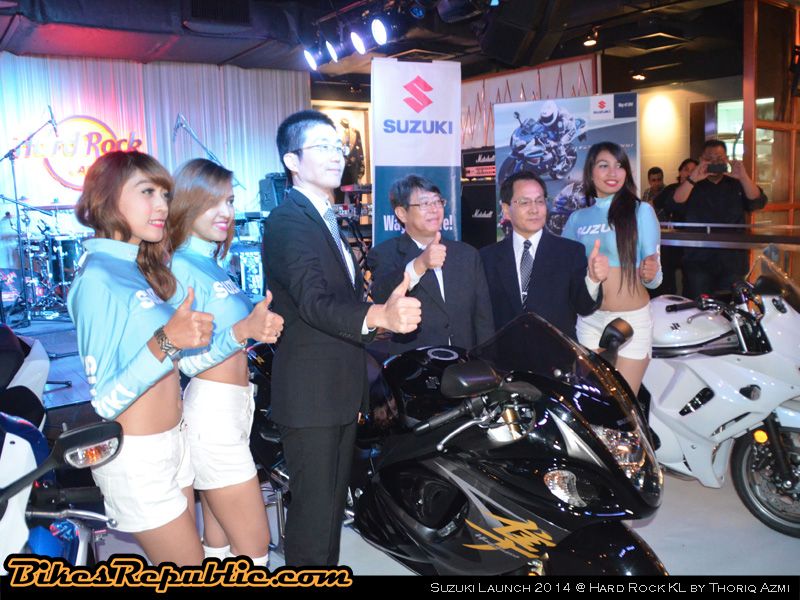 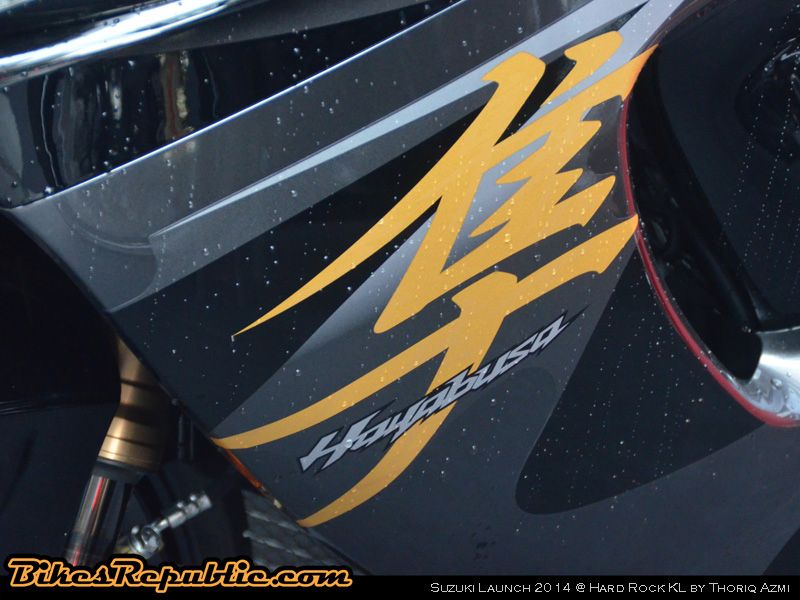 This is the 2014 update of the second generation Hayabusa. The ‘Peregrine Falcon’ needs no introduction to most bikers, not to mention its monstrous 1,340cc liquid-cooled DOHC in-line four-cylinder. For 2014, Suzuki’s expression of the ‘ultimate sports bike’ is updated with ABS brakes and a set of new high performance Brembo Monobloc calipers. Said enhancements are set to improve the Hayabusa’s highway and touring capabilities. 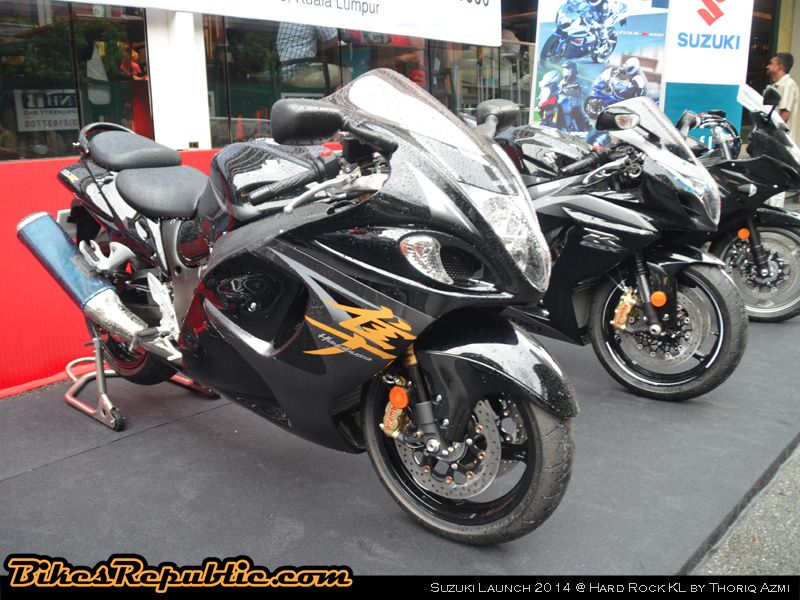 Available in three paint schemes, SAM will retail the Hayabusa with a basic price tag of RM99,000 excluding road tax and insurance fees. 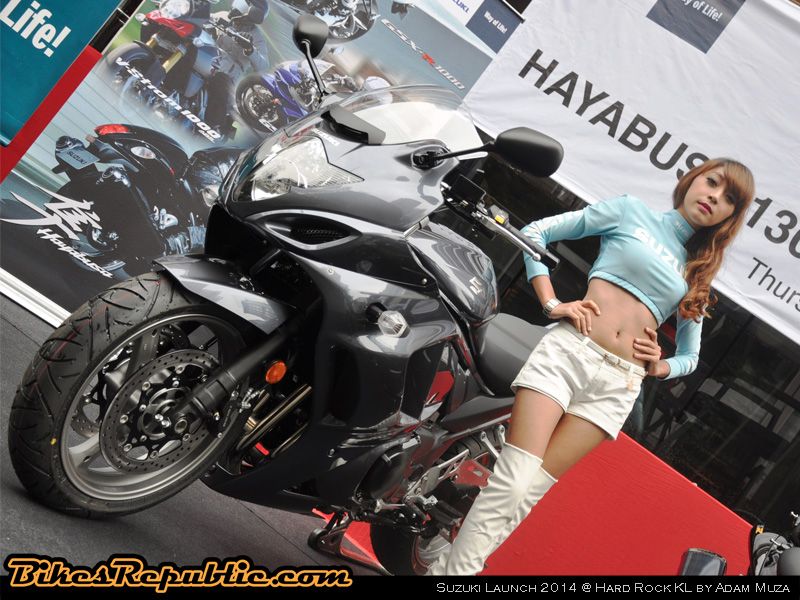 Also known as the Bandit in certain markets, the GSX1250FA sport-standard features bold full-fairing style that is matched with a powerful DOHC 1,255cc engine. The GSX1250FA is also primed with a six-speed transmission designed to deliver a wide spread of power across the rev range, promising smooth acceleration, high power delivery, and exceptional long-distance riding capability. 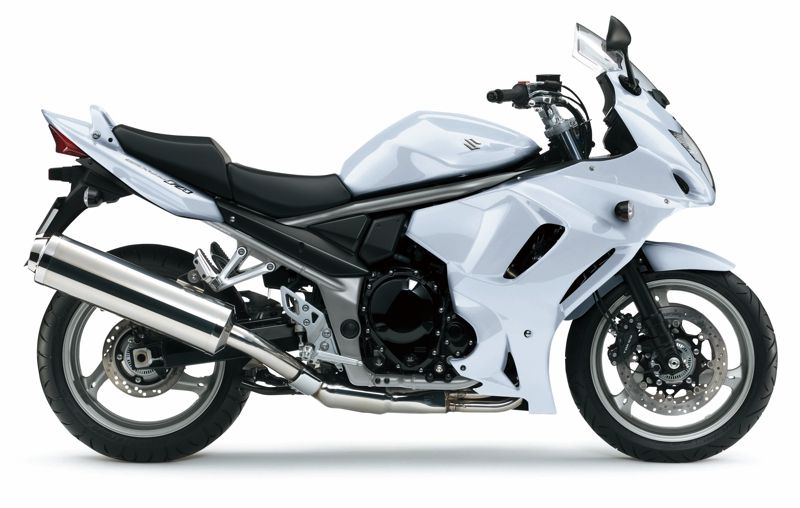 SAM will offer the GSX1250FA in three painjob options, and it will carry basic a starting price tag of RM72,900 (without roadtax and insurance). 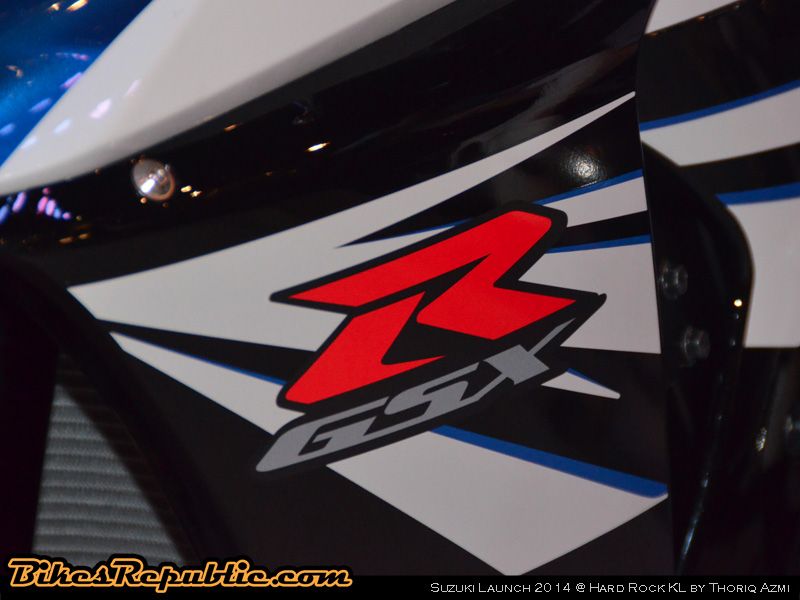 Like its larger sibling the Hayabusa, the GSX-R1000 also needs no introduction. Since its first introduction in 1985, the ‘Gixxer’ has undergone various updates improving its performance and handling. Easily named as one of the world’s most popular sportsbikes, it arrives in Malaysia powered by a rev-happy 999cc DOHC in-line four-cylinder paired with a six-speed gearbox. Highlights in its specifications list include inverted telescopic front forks, as well as heat-resistant twin front disc brakes made of steel primed with Brembo calipers. 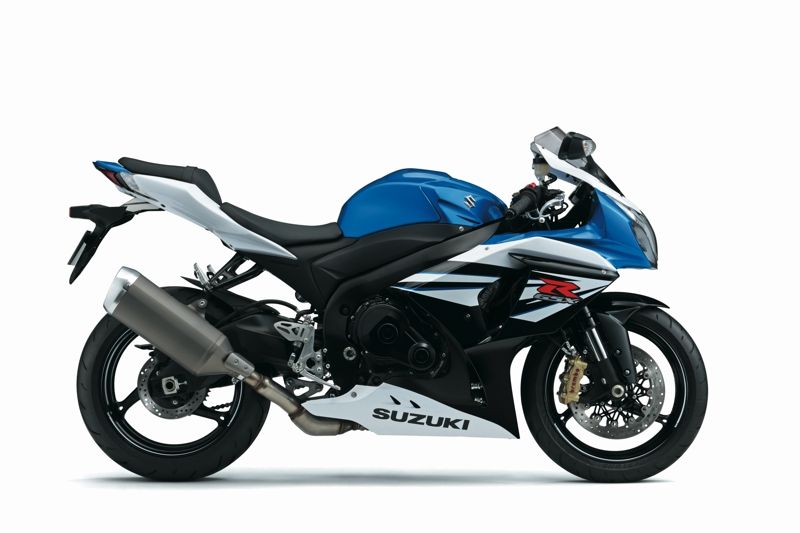 The all-time favourite Gixxer 1000 is available from SAM for the starting price of RM96,900 without road tax and insurance costs. 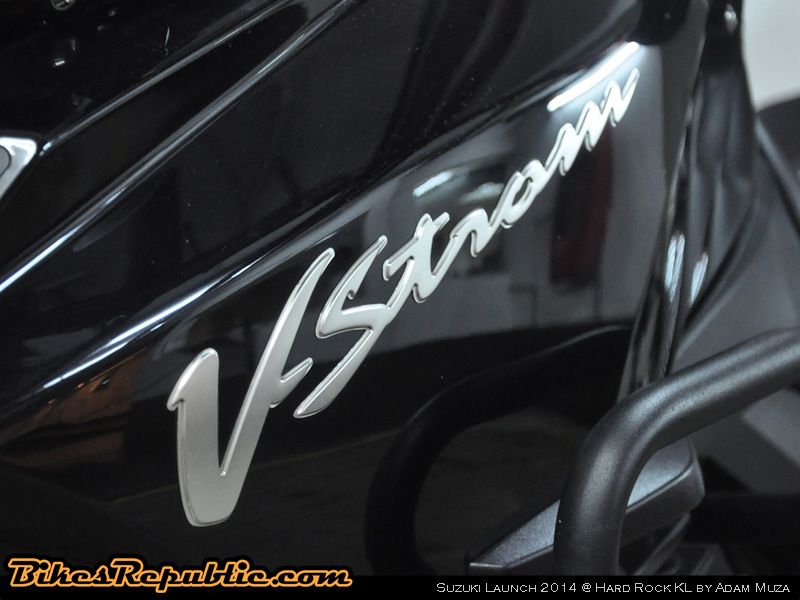 Catering to the adventure bikes scene here in Malaysia is the new 2014 Suzuki V-Strom 1000 ABS Adventure. Redesigned from the ground up in its 2014 form, it features notable new additions such as a new traction control system ¬– Suzuki’s first bike model to feature it. Also enhanced are the bike’s 1,037cc engine, fuel injectors, magneto, idle speed control, radiator, six-speed transmission and clutch, exhaust, as well as the suspension. 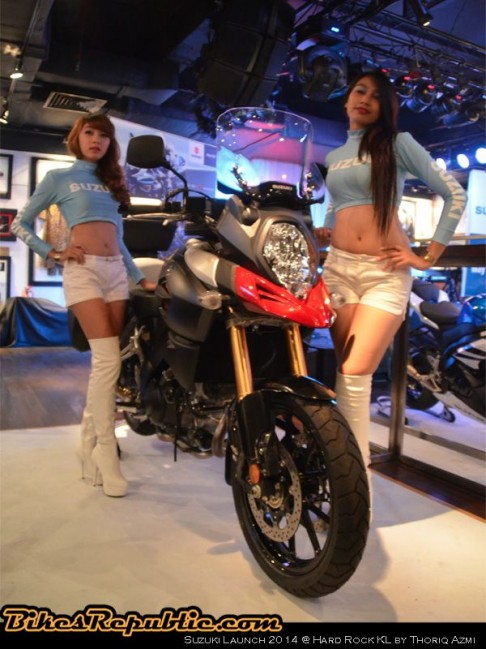 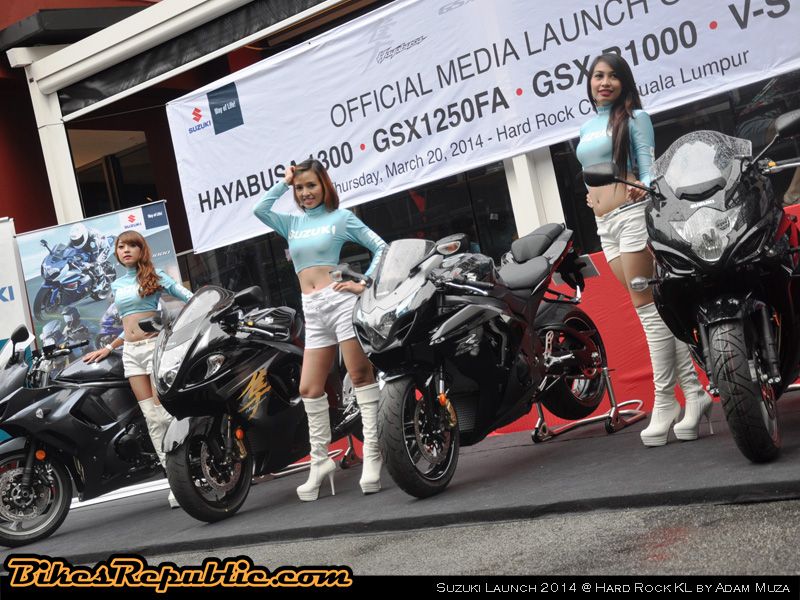 These four new Suzuki models will be available only at select authorised dealerships only. More details as well as its list of dealers can be obtained online via SAM’s official website or by calling its Sales & Marketing division at 04-3977 453.

Check out the galleries below to see more pictures of the four new Suzukis launched in Hard Rock KL earlier today by SAM.