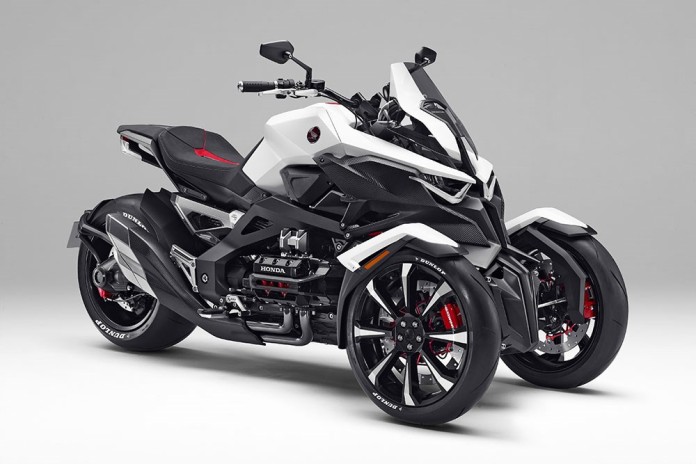 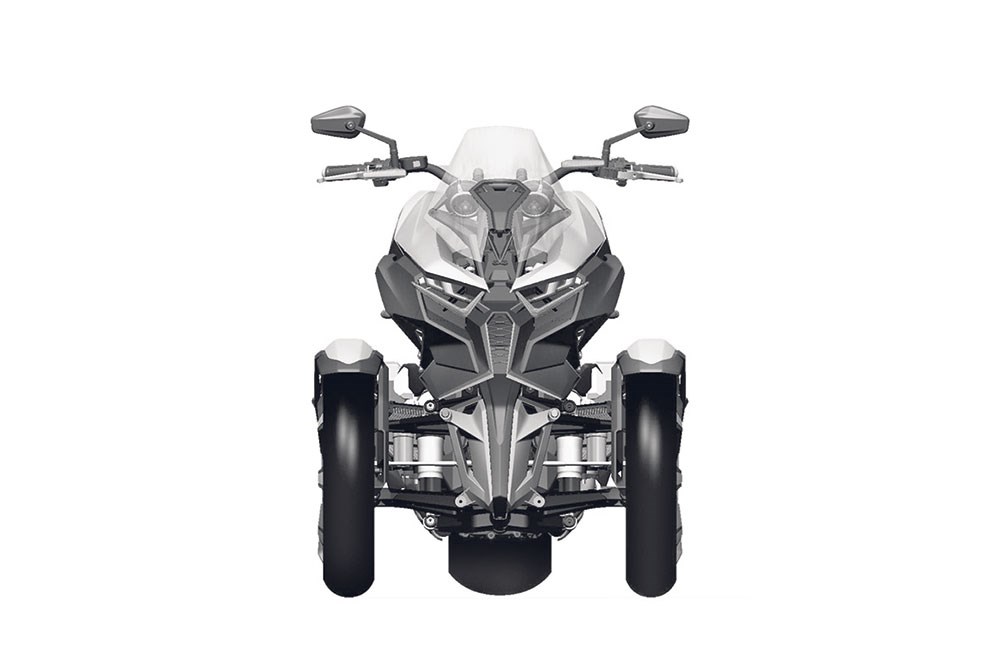 The mighty H-brand may still be in the midst of reviving operations at its Kumamoto plant following the recent earthquake disaster, but this leaked patent of what is believed to be the production-bound version of the Honda Neowing concept will likely make all its recovery efforts worthwhile.

The rugged-looking leaning multi-wheel (LMW) is one of the latest creations to join the growing list of three-wheeled bikes that’s coming soon – rivals Yamaha have its MT-09-based MWT-9 concept reportedly in the pipelines as well (pictured above).

Honda has the upper hand thanks to the fact that the adoption of a revolutionary hybrid petrol-electric powertrain in the Honda Neowing. When it was showcased during the 2015 Tokyo Motor Show, Honda states that the three-wheeled concept employed a four-cylinder horizontally-opposed engine and an electric motor that Honda claims will provide “plentiful torque for powerful acceleration.”

The wild bodywork aside, the chassis appears to share similar elements seen previously in some of the next generation Honda Gold Wing patents. Notably, the leaning double-wishbone front suspension set-up and architecture is both well-designed and plausible, correlating well with the model’s aim of merging bike-like cornering sportiness with the low-speed stability of a car.

There are no mentions of targeted production and release dates, but the fact that Honda has already filed a patent means that we wouldn’t have to wait too long indeed. Another thing we are sure of is that both the Honda Neowing and the rivalling Yamaha MWT-9 will spark a whole new generation of riders and riding trends very soon.