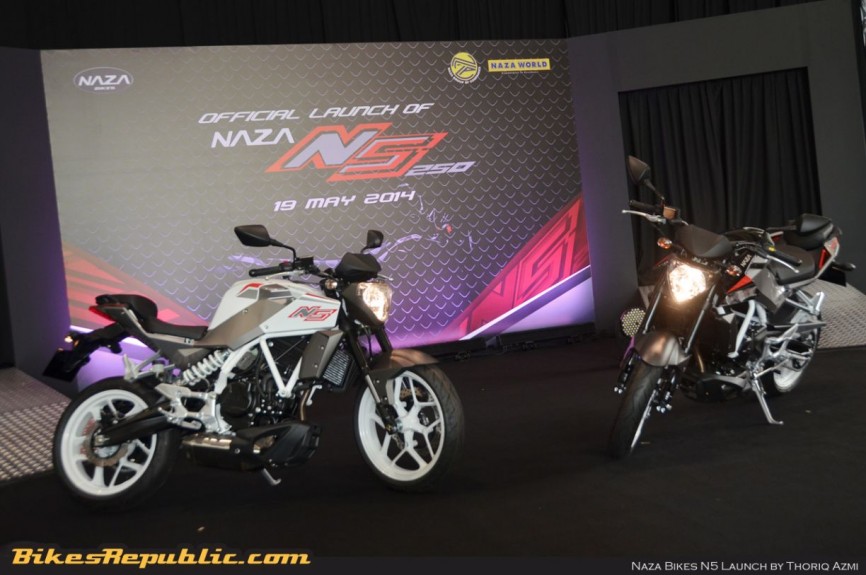 Naza Bikes Sdn Bhd marked a new milestone in its history today with the unveiling of its brand new entry-level bike model called the N5. 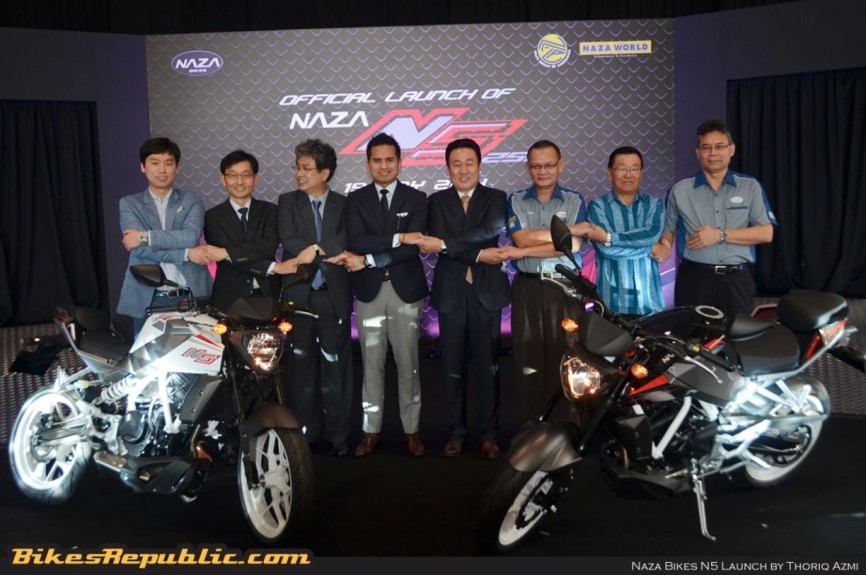 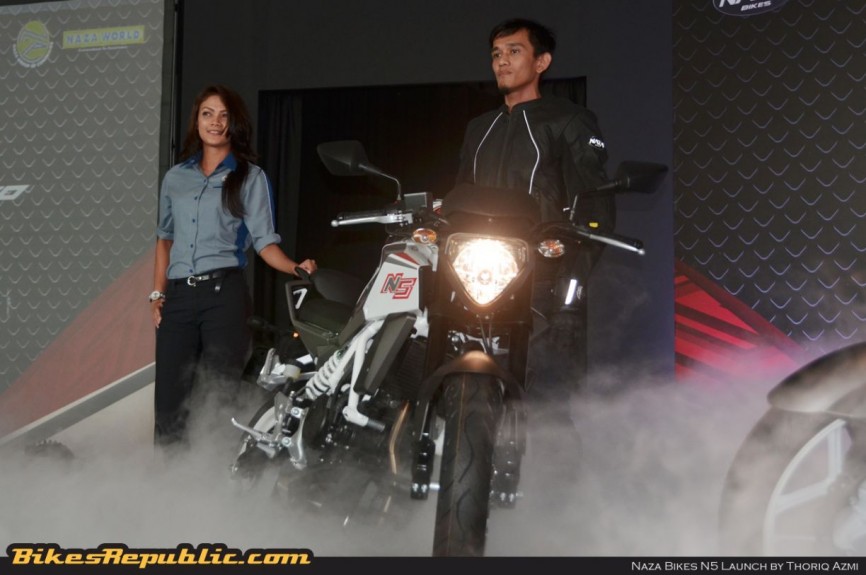 A liquid-cooled DOHC 249cc single-cylinder engine with electronic fuel injection and four valves powers the N5. Paired with a six-speed constant-mesh manual transmission, the powertrain develops about 28.4hp at 8,500rpm and 26.1Nm of maximum torque at 7,000rpm. 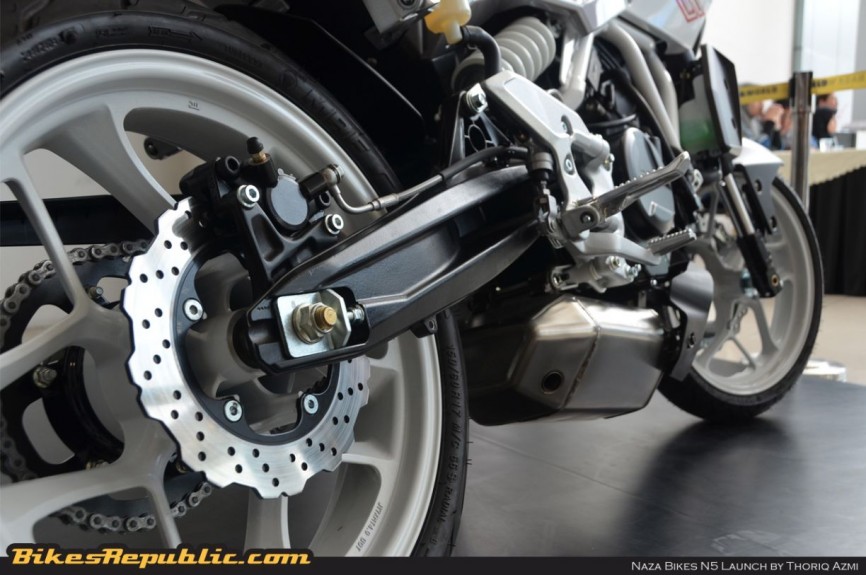 The powertrain is encased in a steel tubular trellis frame design, and features a 37mm inverted telescopic front fork whilst the rear features a preload asjustable single gas-charged hydraulic shock paired with dual-side swingarms made of aluminium. The chassis also features a 300mm single disc brake up front with four-piston calipers whilst the rear is primed with a 230mm-sized disc matched with a two-piston calipers. 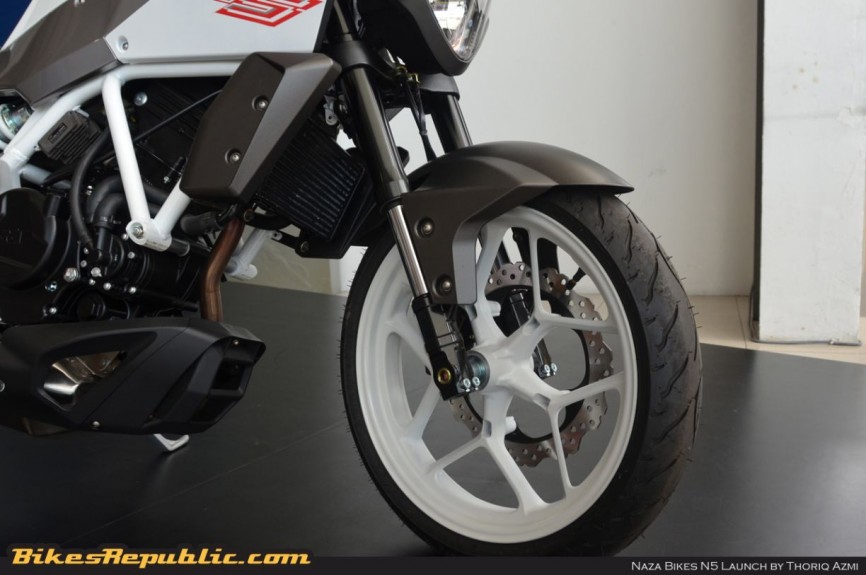 Weighing in at just 145kg and offering a low seat height of 780mm, the N5 has been targeted towards buyers intending to upgrade into the big-bikes scene from 150cc-sized bikes between the ages of 18 and 45. Naza Bikes have set its sights on selling 300 units monthly (roughly 3,600 units annually) of the N5 in the Malaysian market. The firm is also positioning for the N5 for introduction into its Indo-China operations. 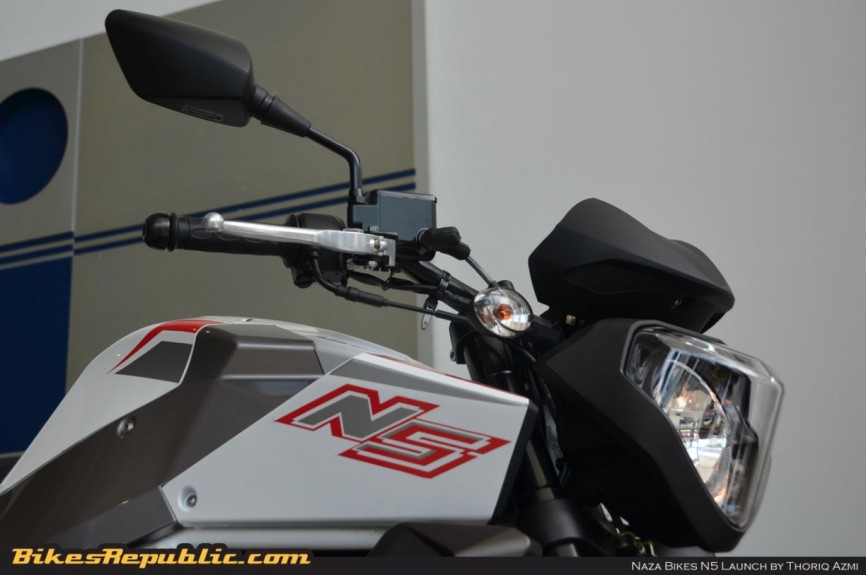 For now, Naza Bikes will offer the new N5 naked at a promotional price of RM13,988 on-the-road for the first 500 customers.

Check out the gallery below to see more pictures of the newest single-cylinder naked 250cc bike to hit our market.