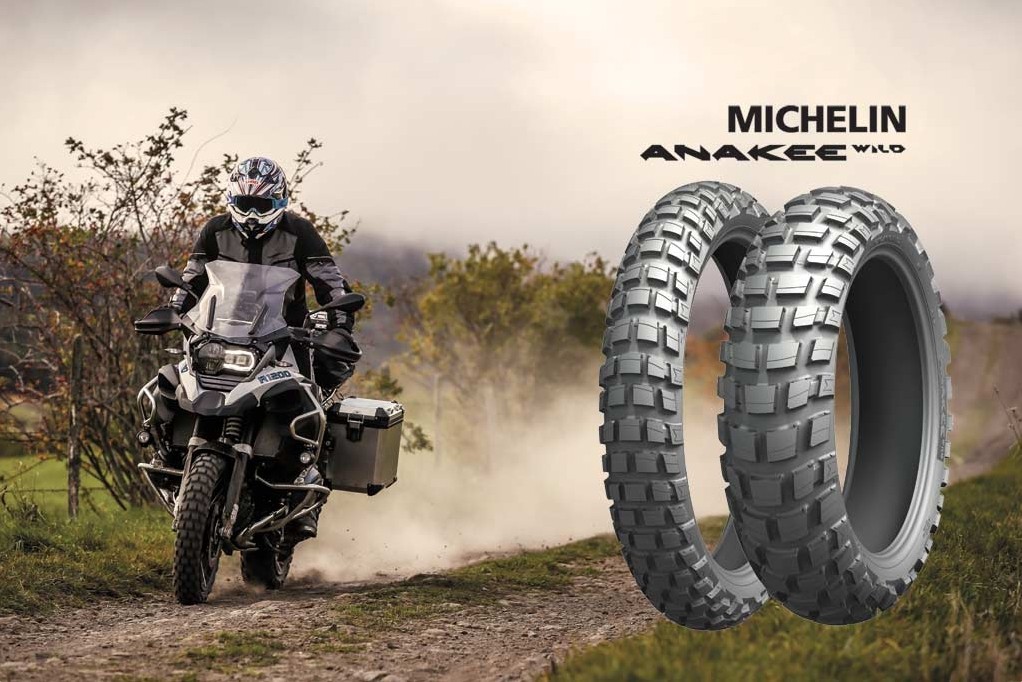 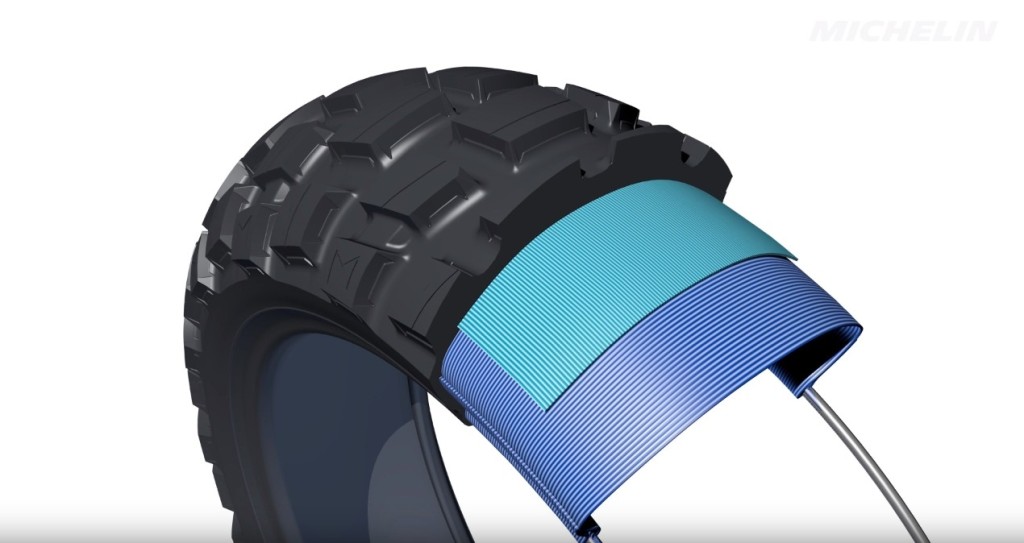 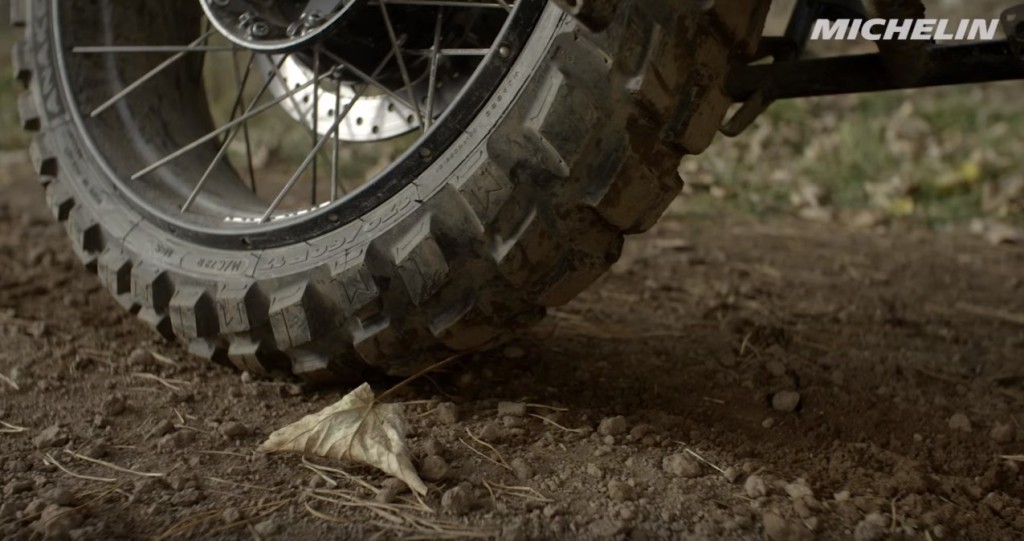 Despite looking rather generic and akin to regular flat track tyres, a closer study of the Michelin Anakee Wild tyre grooves reveals a slightly different spacing of the knobs that promises reduced mud and stone retention. Complementing that are the two steel rods reinforcing the shoulder and the tyre’s radial structure for the walls, both of which promising greater resilience with terrain change and greater comfort as well.

Another key area of strength for the Michelin Anakee Wild tyres lie in the belts that run parallel with the steel reinforcements. This offers structural strength to offset the forces that causes tyre deformation especially when it is subjected to the action of centrifugal force at speeds.

Naturally, with a tyre design capable of retaining its shape even when subjected to high stresses, Michelin states that the Anakee Wild promises increased safety and handling predictability, which correlates to better steering responses and higher confidence for riders too. The French brand even claims that the Anakee Wild is the first knobby tyre of its kind to offer such levels of on-road stability and comfort thanks to the adoption of the radial design.

But as mentioned at the start, the Michelin Anakee Wild series were designed specifically for flagship adventure bike models as it does not come in either 21-inch front or 18-inch rear wheel sizes. Instead, Michelin will offer the Anakee Wild only in 110/80 R19 and 120/70 R19 sizes for the front and 150/70 R17 and 170/60 R17 for the rear.