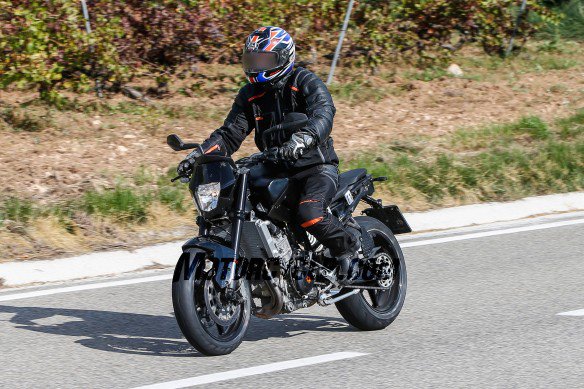 Images of two KTM prototypes have recently surfaced online starting with this, which is reportedly the upcoming new KTM 890 Duke naked bike for 2017.

According to trusted sources, the prototype will become a new iteration of the Austrian brand’s highly successful Duke naked bike range. It will likely slot in between the KTM 690 Duke and KTM 1290 Super Duke R models. 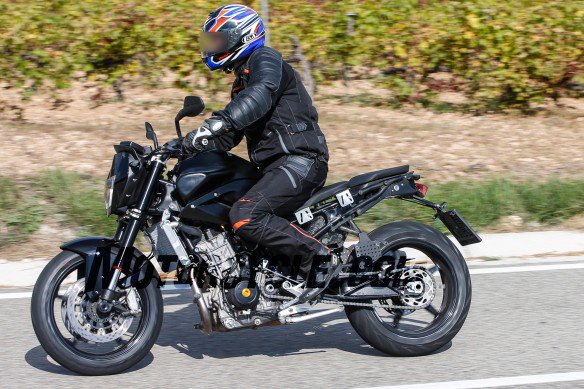 Despite its ‘890’ numbering, sources also report that the 890 Duke will have a parallel-twin engine that displaces roughly 800cc instead. Close ups of the spyshots show two exhaust outlets coming out of the block, indicating this engine’s parallel-twin layout.

In the chassis department, the prototype KTM 890 Duke retains the Duke model range’s common DNA in using a steel trellis frame chassis design with a double-sided swingarm connected to it. For your information, only the manic KTM 1290 Super Duke R benefits with a single-sided swingarm design.

And, despite the heavy camouflage, it is easy to see that this prototype KTM 890 Duke will look similar to the new KTM 690 Duke naked that debuted during EICMA 2015.

Besides the 890 Duke, an updated version of the KTM 1190 Adventure was also spied testing recently.