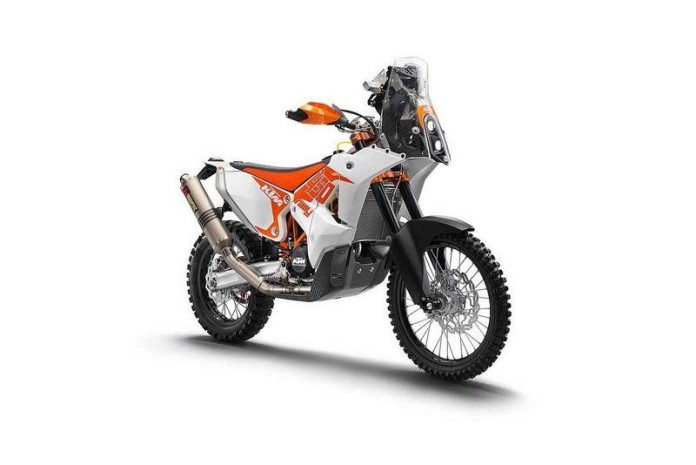 To celebrate the marque’s unrivalled 13 Dakar rally wins, Austrian brand KTM have made a production version its 450 Rally race bike for 2014.

Christened as the 450 Rally Replica, the bike features a new frame, a revised rear suspension unit, and primed with a single-cam 450cc fuel-injected engine. The powertrain is then laced further with an Akrapovic Titan exhaust system to round things off. 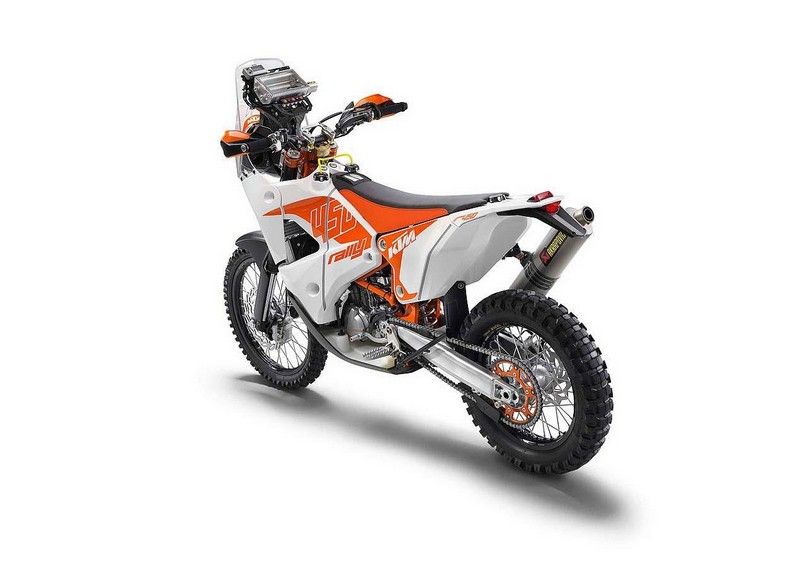 Other features include multiple fuel tanks (35 litres in total) with front and rear fuel pumps, as well as a carbon fibre front tower that promises to grant riders with increased view and better forward vision. The 450 Rally Replica has a seat height of 927mm and has a claimed dry weight of 145kg. 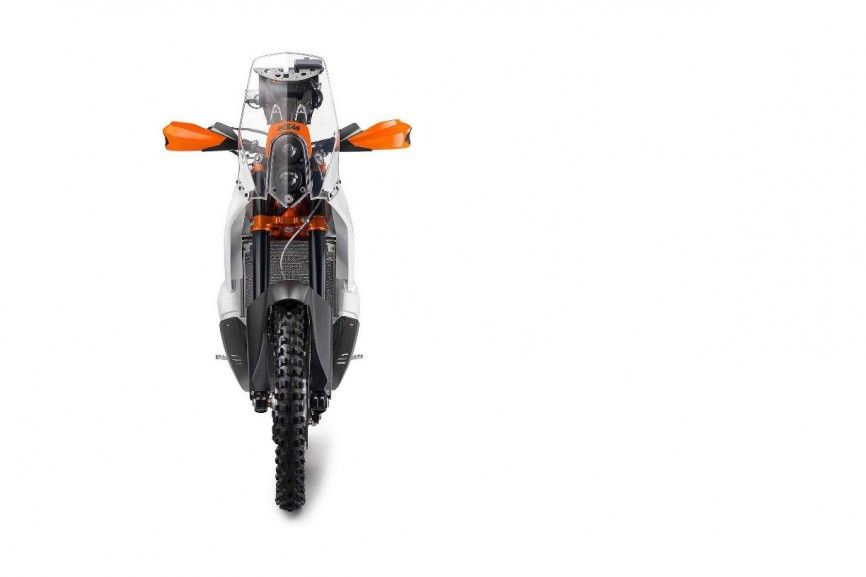 As its predecessors, production versions of the Austrian brand’s Dakar-winning bikes would only be produced in extremely small numbers. The 450 Rally Replica base model without the Race Pack option is priced in Europe starting from €24,000. Sources also report that in order for you to purchase, you would have to attach your ‘racing resume’ together with the purchase order.