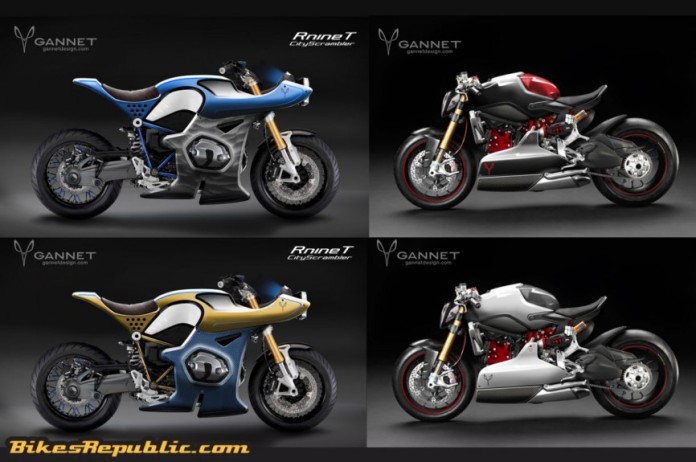 Automotive designer Ulfert Janssen of GANNET Design has greeted our inbox once again this week with two new design concepts based on the BMW R Nine-T and the Ducati 1199 Panigale. 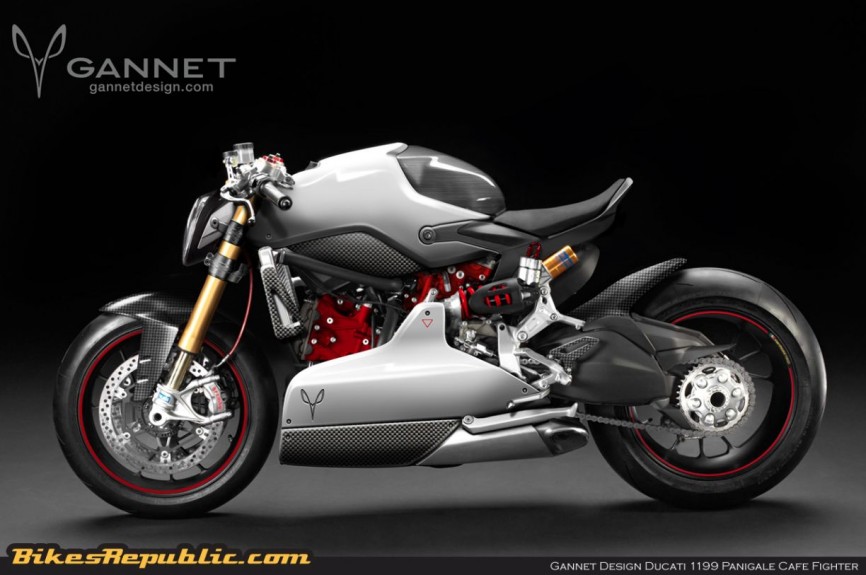 This is a follow up to the Gannet Design Superleggera we showcased on our site last year. This new design penned by Ulfert Janssen uses the Ducati 1199 Panigale as its starting point. According to Ulfert, the design now features a mix of both classic café racer proportions and a modern mono place street fighter, hence the name “Café Fighter”. 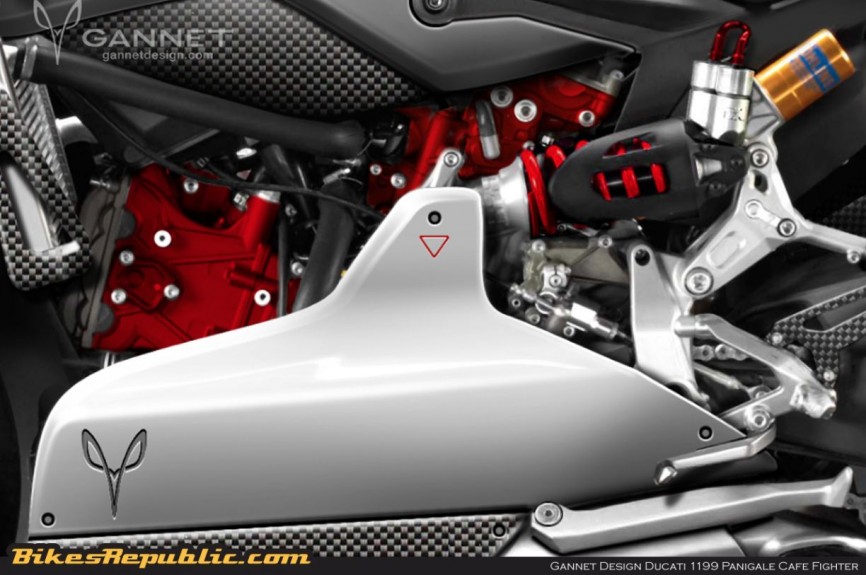 Notably, Ulfert has kept the Panigale’s original tank design, but it now boasts a unique raw brushed finishing touch to it. The bottom underbelly, on the under hand, not only enhances the bike’s stance further, it also gives this Panigale Café Fighter with more attitude in its overall looks. The concept’s additional design elements are made of painted cross-woven carbon fibre, meaning this stripped out bike’s weight will be relatively light. 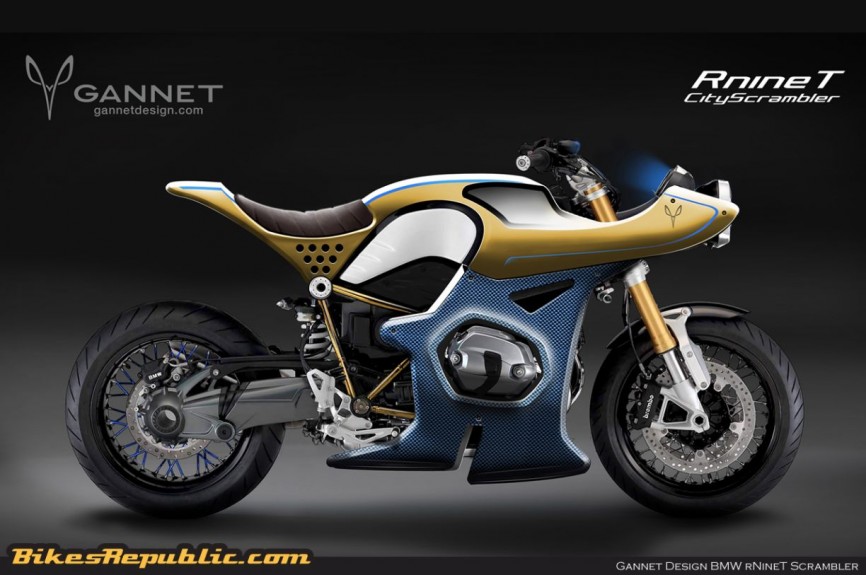 Based on the stylish new BMW R NineT, Ulfert opted to adopt a reverse process with the City Scrambler’s design direction. Instead of taking the traditional route of taking a modern bike and transforming it into a café racer, Ulfert opted to modernise the R NineT’s retro outlooks. 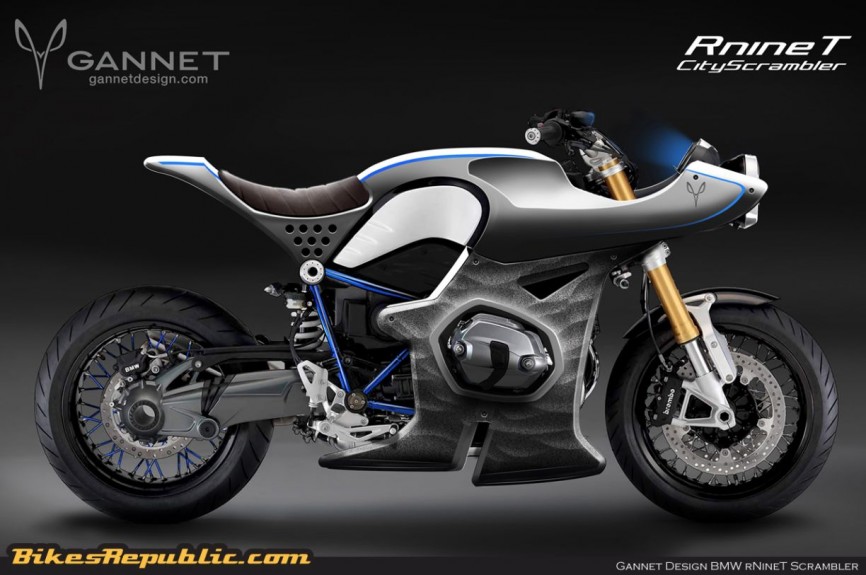 The concept’s most distinct new feature is the lower front fairing that looks as if it was carved out of granite rock with a wavy-finish effect. Adding more character is that sleek upper body fairing design finished in either contrasting gold or grey. This is eye-catching one custom R NineT deisgn indeed.

About Ulfert Janssen and GANNET Design
As a refresher, Ulfert Janssen is the founder and owner of a Swiss-based design firm called GANNET Design. Prior to founding the firm, Janssen had previously worked as a car designer at Renault. You can check out more designs by the Janssen and the firm, which also includes several other eye-catching bike designs by clicking this link.

You can see more pictures of both concepts in the gallery we’ve prepared below.