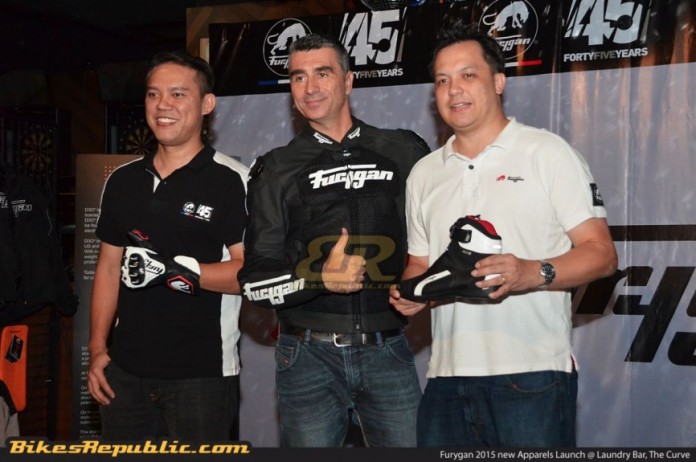 Our friends from Winmaster Sdn Bhd, the authorised Malaysian distributor of the Furygan apparels brand, held a special press preview and presentation of the brand’s new 2015 range of apparels in Laundry Bar, The Curve earlier today. 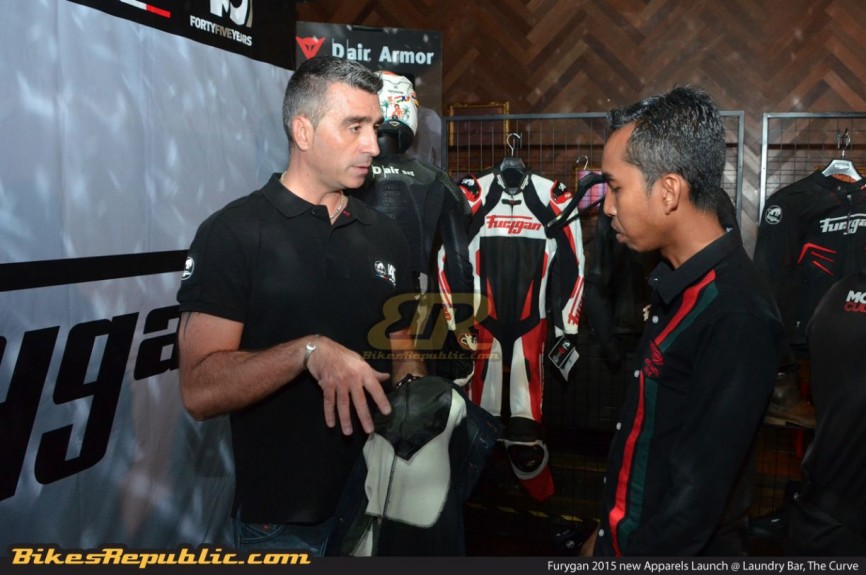 Present on hand was Winmaster Sdn Bhd’s general manager Ron Tan, as well as Furygan’s export director and racing manager Jean Marc. The duo conducted an hour and a half-long presentation on some of the key new products that will soon make their way into the shelves and display stands of authorised Furygan dealers nationwide. 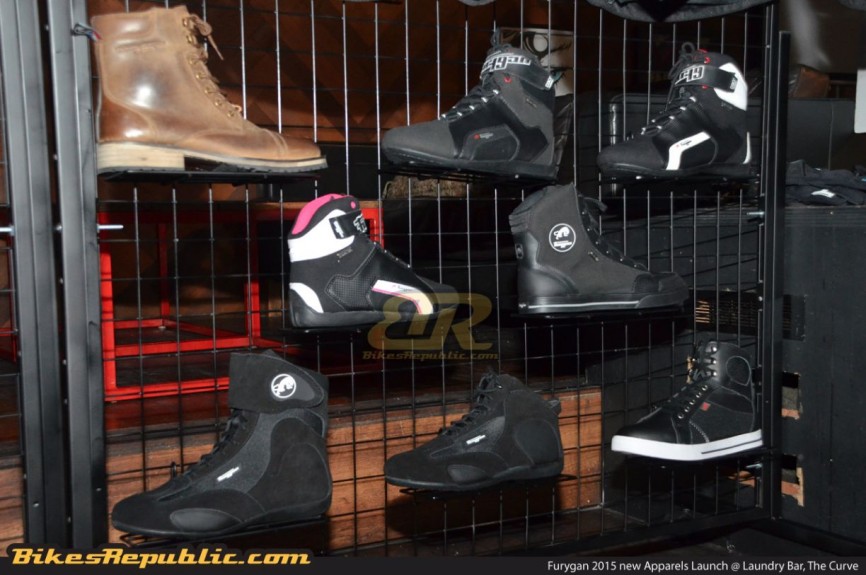 Although the Furygan brand is lesser known in our parts of the world, it is in fact a well-established brand and has gained substantial popularity in and around Europe. Based in the France’s sunny southern region, the brand was first founded in 1969 specialising itself it making protective riding gloves. The firm soon expanded into producing protection gear and the famed French panther brand has since been donned by some of motorsports biggest names. Amongst them are multiple Isle of Mann TT winner Michael Dunlop as well as Moto2 riders Esteve ‘Tito’ Rabat, Johann Zarco and Sam Lowes. 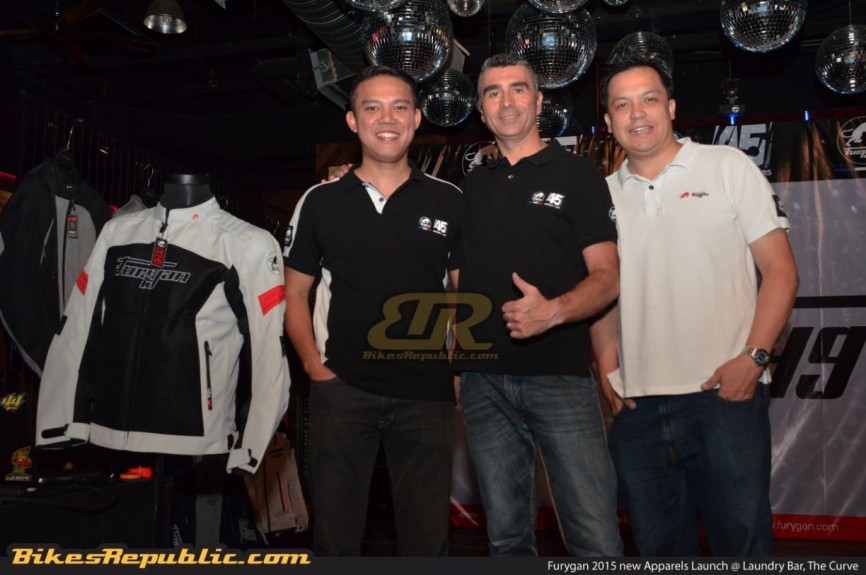 Back to the local presentation and suffice to say, the new wares presented were indeed enticing. Fuelling this was the fact that most, if not all, of the new 2015 products revealed in this special preview held today was made exclusively for the Asian climate, boasting enhanced ventilation and “cooler” qualities under our weather without sacrificing too much on protection. This is indeed quite a feat for a “medium”-sized company such as Furygan, and also a testament to the brand’s own in-house research and development arm called the Furygan Motion Lab. 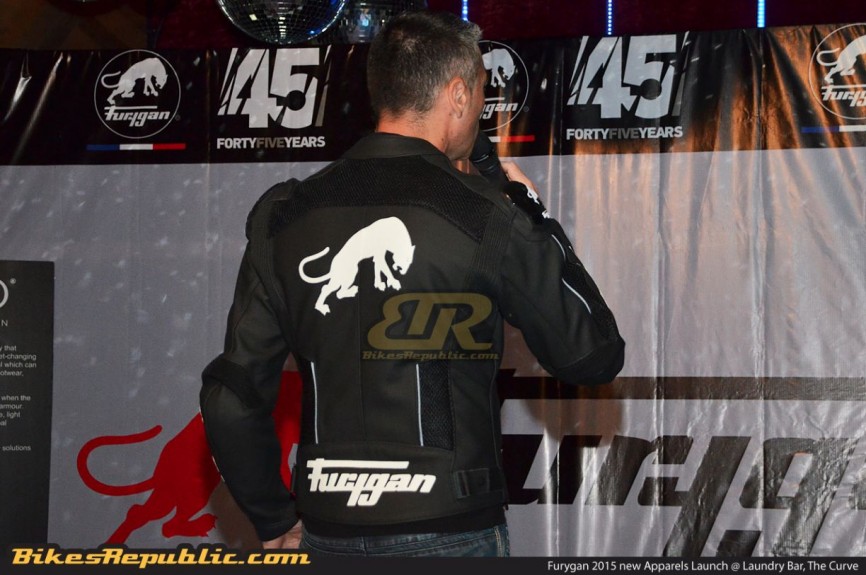 Amongst the item presented are new variations of the brand’s highly popular Skull Vented series of mesh jackets – including one dual-purpose waterproof version meant for touring riders – plus the debut of the Furygan Speed series jacket made using both leather and Vented fabric. Other than that, Jean Marc also presented Furygan’s new line of protective riding shoes that came in several forms and design with some made using Sympatex waterproof materials, as well as gloves and casual riding denims.

Crucially, Jean Marc also gave a detailed presentation into the new Furygan line’s extensive use of D3O impact armour protection materials, which granted all the products presented today with full CE rider protection ratings. Though malleable, the D3O fabric material boasts impressive shape retention and impact absorbency qualities to ensure optimal protection. Jean Marc, who also oversees Furygan’s racing activities, even shared his account in seeing crash-prone Moto2 rider Sam Lowes having not missed any of his practice sessions and races thanks to the D3O-equipped Furygan racing apparel he dons. 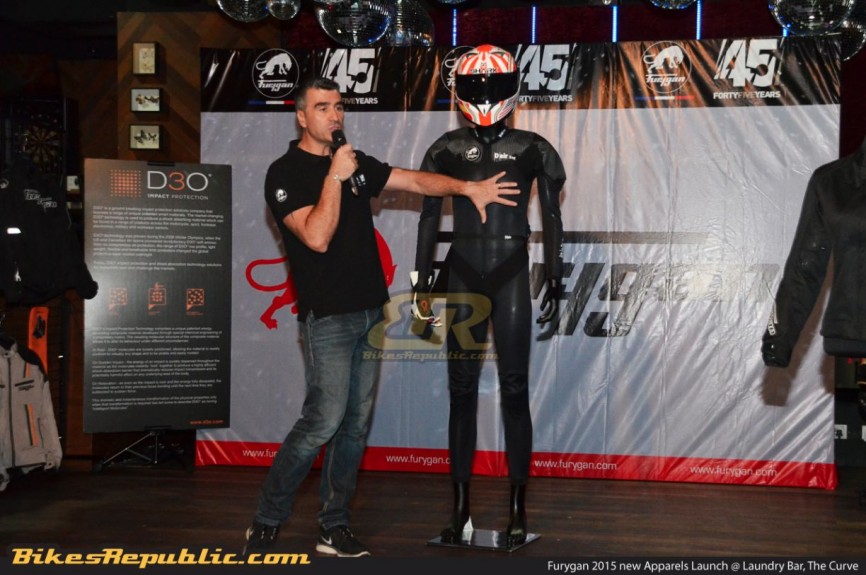 As an added bonus, Jean Marc also presented a prototype of the Furygan race suit equipped with the famed Dainese D-Air Armor technology. Seasoned readers would already know by now that Dainese has licensed its D-Air Armor technology to other brands starting June this year, with Furygan being one of the first two brands to adopt the licensed technology. The prototype was presented exclusively to us today with Jean Marc confirming that Dainese D-Air Armor-equipped Furygan apparels for the mass market will come within one or two years time. 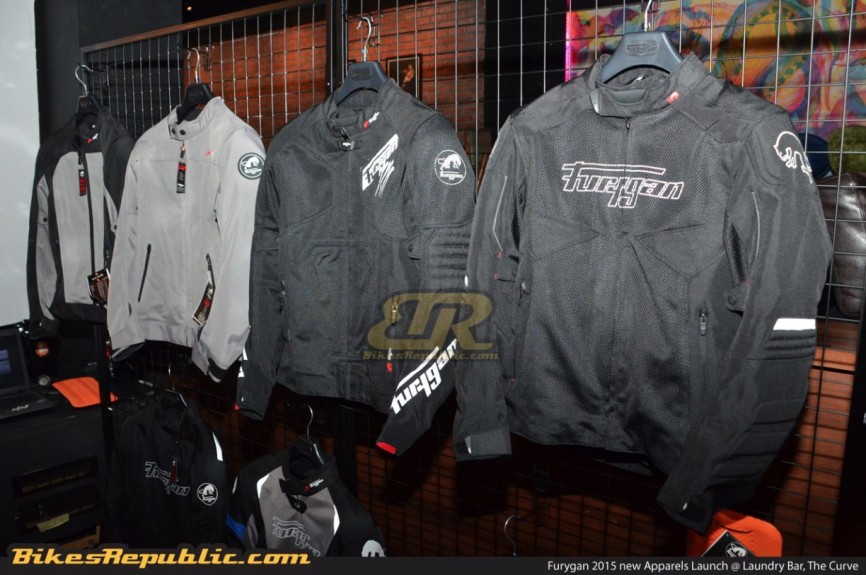 As for the new range of products previewed today, both Ron Tan and Jean Marc assured that they will soon hit dealer shelves and display racks within the coming months before the year ends. Final pricing have yet to be finalised but rest assured that Winmaster Sdn Bhd and all its dealers promises to have these new range of Furygan apparels at very affordable prices as soon as they arrive.

You can check out more apparels and gears by Furygan via its official website.