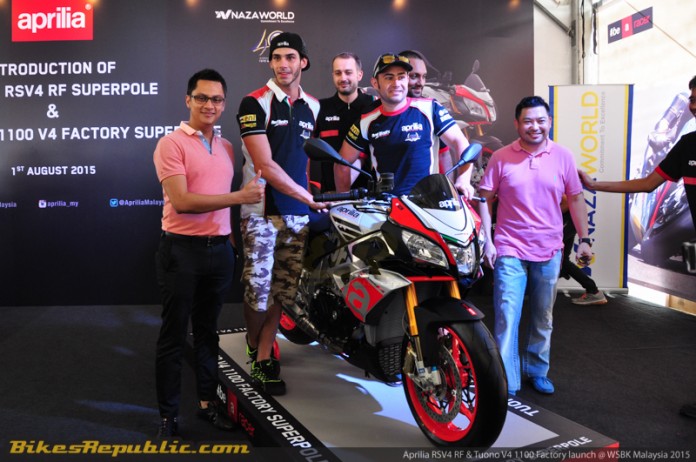 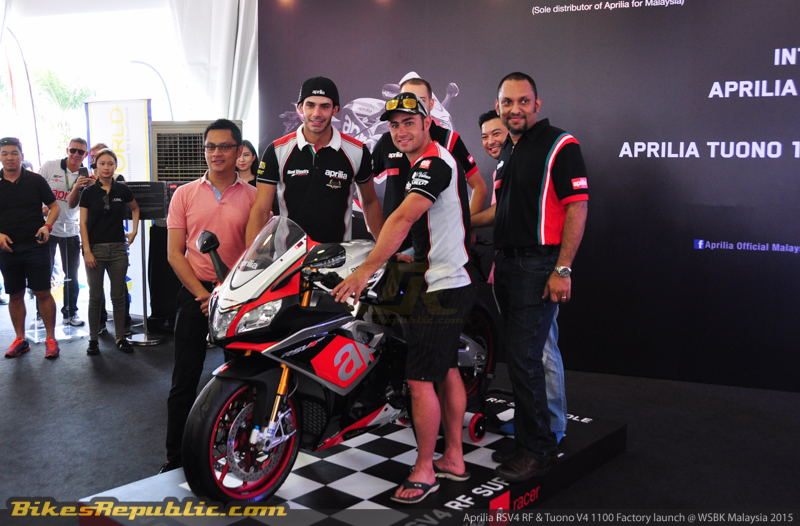 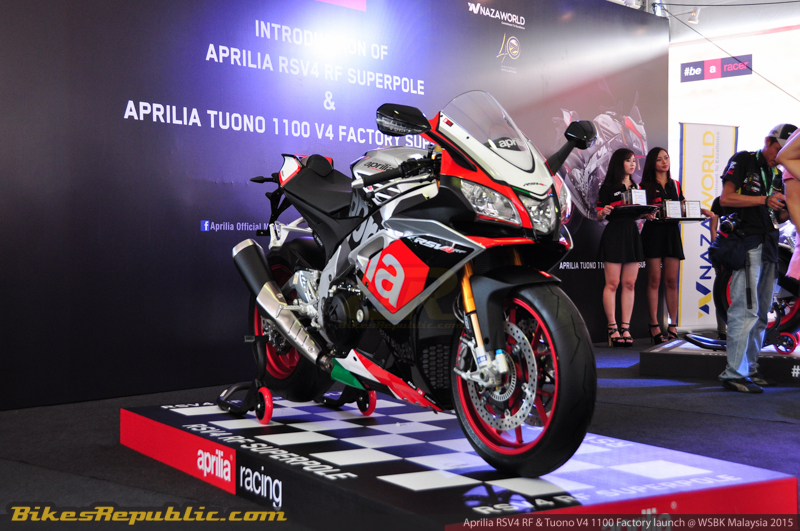 2015 Aprilia RSV4 RF
Introduced during EICMA last year, the 2015-spec Aprilia RSV4 RF features light updates and refreshments. Crucially, it now weighs in 2.5kg less than its predecessor, whilst its 65-degree V4 engine has been retuned to produce more than 200hp.

Keeping things under control are the vast array of electronic offered as standard. Highlights here include the APRC (Aprilia Performance Ride Control) suite,eight-way adjustable Aprilia Traction Control, Aprilia Wheelie Control, a three-mode Aprilia Launch Control for both street and track use, not forgetting the advanced Race ABS braking suite, as well as the presence of an Aprilia Quick Shift. 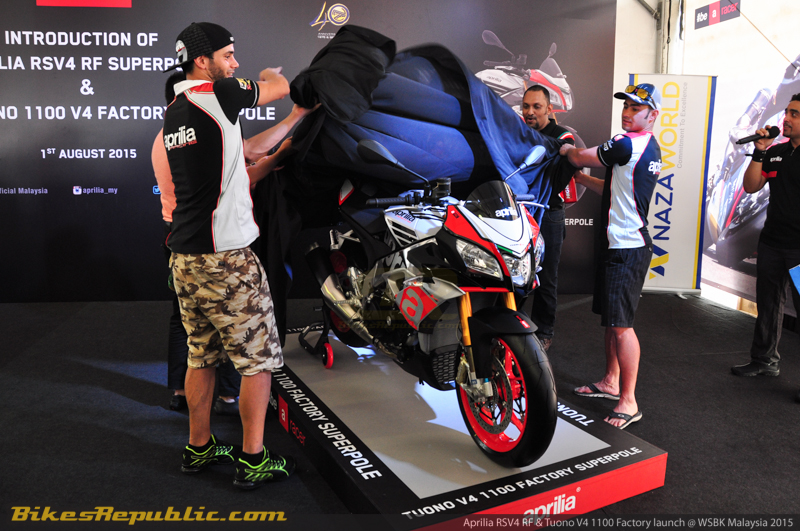 The centrepiece of the updated 2015 model is its powertrain. Now enlarged up to 1,100cc, power has also increased up t 175hp and 121Nm of peak torque. The new powertain is now encased in an updated chassis design. Aesthetic changes include a revised set of top fairings, plus a new headlight that Aprilia says weighs in 1.5kg lighter than before.

Crucially, the updated Tuono boasts revised rider ergonomics. The seating position is now lowered by 15mm, and it is matched with a new handlebar design, all of which aimed towards improving riding comforts over its predecessor.

And, just like its supersport brethren, the updated Tuono V4 1100 is crammed with an extensive electronics package. Highlights include a revamped Ride-by-Wire suite, Race ABS, as well as a three-setting RLM (Rear wheel-Lift Mitigation) system designed to limit stoppies under heavy braking.